It would appear the first film of the still-planned trilogy has a long way to go before it sees the light of day. 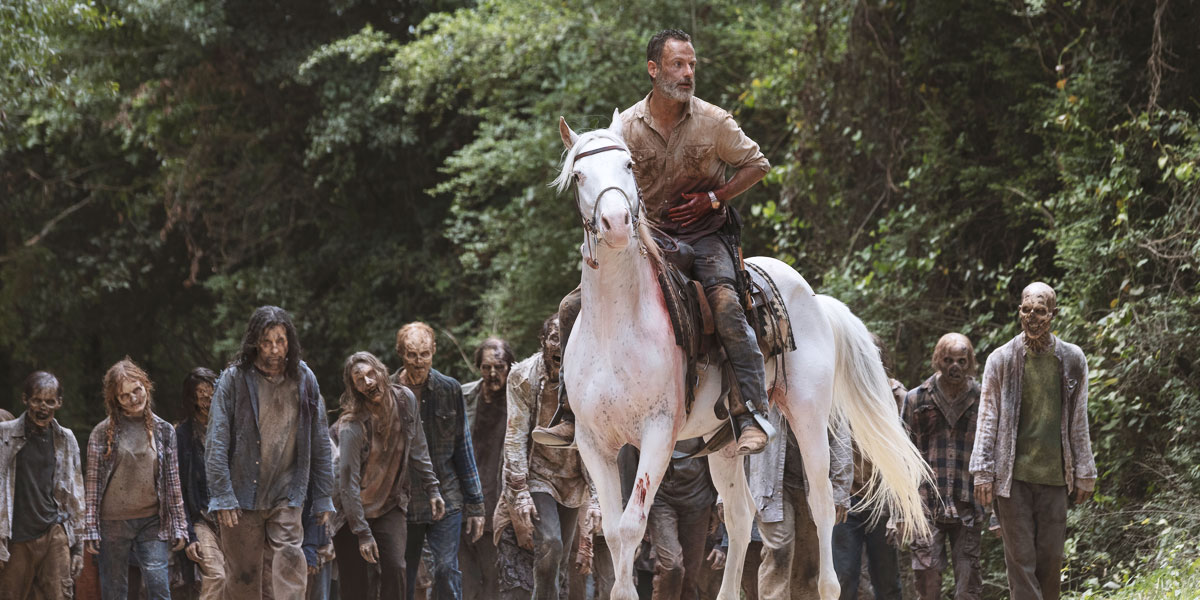 Rick Grimes may have left AMC’s television adaptation of The Walking Dead, but his story isn’t quite over yet. Immediately following actor Andrew Lincoln’s exit from the series, it was announced that a trilogy of movies would be going into development to continue his surviving character’s journey. Since then, details have been few and far between, with the exception of a short teaser trailer that made its debut at last year’s San Diego Comic-Con.

Today, we have some new details on the developing project courtesy of a discussion with franchise chief content officer Scott M. Gimple over on EW. The AMC executive doesn’t give a whole lot away, but the interview does help set some expectations for the project, highlighting the progress being made so far and confirming that three movies are indeed still being planned.

“We are currently refining [the script for the first movie],” Gimple said. “I don’t want to say much more than that. It’s coming together amazingly, but we’re trying to make this very special for everybody involved and we’re holding our feet to the flames. It’s an incredibly deliberate process right now.” He added that no director has been chosen for the film just yet.

Gimple confirmed that while these movies will eventually be available to watch elsewhere, they will be receiving a traditional theatrical release courtesy of AMC, Universal, and Skybound. When asked if three movies are still being planned, he indicated that is correct but hinted this could be subject to change as time goes on, stating, “Yes, but we are still playing with things. That’s the plan right now.”

Mum is the word for now on whether or not other characters such as Michonne might appear in the movie, but it sounds like her character’s final arc in the back half of the current season might give us a better answer in a couple months. Our guess is they might eventually be reuniting on the big screen, but we will firmly have to wait and see on that point.

Regarding where the story of Rick Grimes goes from here, Gimple offered fans some insight. “We are going to continue to tell Rick’s story, and we are going to discover so much of the world through that story,” he explained. “Rick will be challenged in different ways that, in some ways, everything that he’s been through has sort of prepared him for. It’s a much larger world than one that he had been operating in, and that was challenging in and of itself. Now things are heightened, and just as we’re going to the movies — and it is the movies proper, suitably wide screen — we’re going to be filling that screen with a brand new world.”

“The scale is bigger and the budget is bigger, and it’s The Walking Dead, but heightened, both in the narrative themes [and also] in just what we see onscreen,” Gimple continued. “I say heightened, but I should also say it’s also very different. It’s not going to be the exact same thing we saw on television, just larger. We are going in some wild new directions.”

“Movies are a different beast than television,” he added. “Television is like, boom, we’re done. Movies, to calibrate an hour and a half, two hours is no joke, and it’s been a lot of fun, but it’s a real challenge and we take it very seriously for the fans. We really want to deliver them something special, something worth their trip to the movies. We’re trying to be very deliberate and deliver something new.”

There’s no word yet on a timeline of release for these movies, let alone the first one, but with story and writing still underway and no director chosen, it sounds like we still have quite a long wait in store for us. Either way, it’s great to hear this project has been moving forward and we can eagerly anticipate the revealing of more details as development continues.

We have you covered on all the latest news and updates right here on Dead Entertainment. Stay tuned!