My love for the exploitation films of the 1970s is no secret to all who know me. These flicks were made during a simpler time when budgets were low, political correctness wasn’t a term tattooed in everyone’s minds, and NC-17/X ratings were desired for maximum shock value and insanity. This decade was littered with some of the most over-the-top films ever thought up.

The exploitation genre works on a sliding scale that can be by all standards tame, such as with Faster, Pussycat! Kill! Kill! (despite it being from the 60s, but the point still stands), or with gore-filled mayhem like Cannibal Holocaust and I Drink Your Blood (my personal favorite). The Blaxploitation subgenre, mainly spearheaded by Rudy Ray Moore and Pam Grier movies, was also insanely popular and just as important to the whole movement. 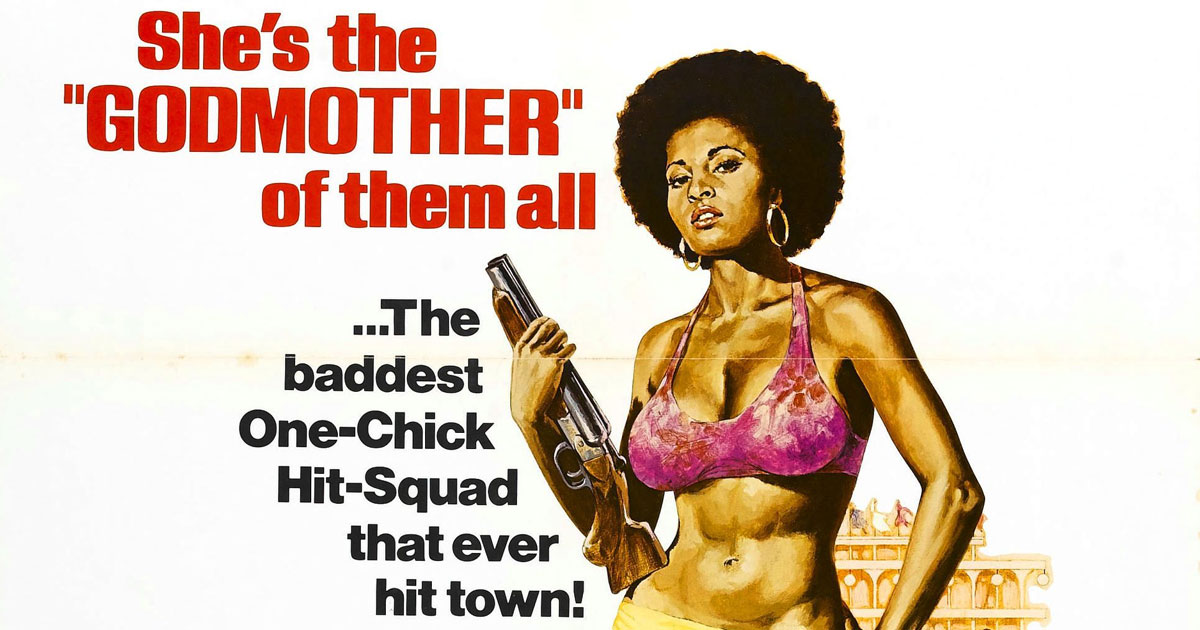 I call it a lost art because it will never be like it was, though we have been fortunate enough to get a few films over the last decade that truly follow in the footsteps of these great films of the ‘70s. Death Proof, Planet Terror, Hobo with a Shotgun, Turbo Kid, and Machete, just to name a few, show that the practice is still remembered and can be executed very well today. These movies were a dime a dozen at drive-ins 50 years ago. Imagine if one weekend you could see a double feature of The Human Tornado and Coffy, and the next maybe I Spit on Your Grave and Ilsa, She Wolf of the SS. I don’t know about any of you, but I, for one, want to live in that world.

Some movie lovers don’t understand the appeal of the over-the-top, not-at-all-believable nature of these films, because they have forgotten the overall goal of the movie-watching experience: entertainment. Not every film has to be an art film, something with a message, or the next Citizen Kane, Gone with the Wind, or Casablanca. Sometimes it is necessary for us to check our brains in at the gate to just sit back and enjoy the ride of a lesbian murderous nun with quite possibly the best breasts of the 1970s. Don’t tell me you have never seen Killer Nun? 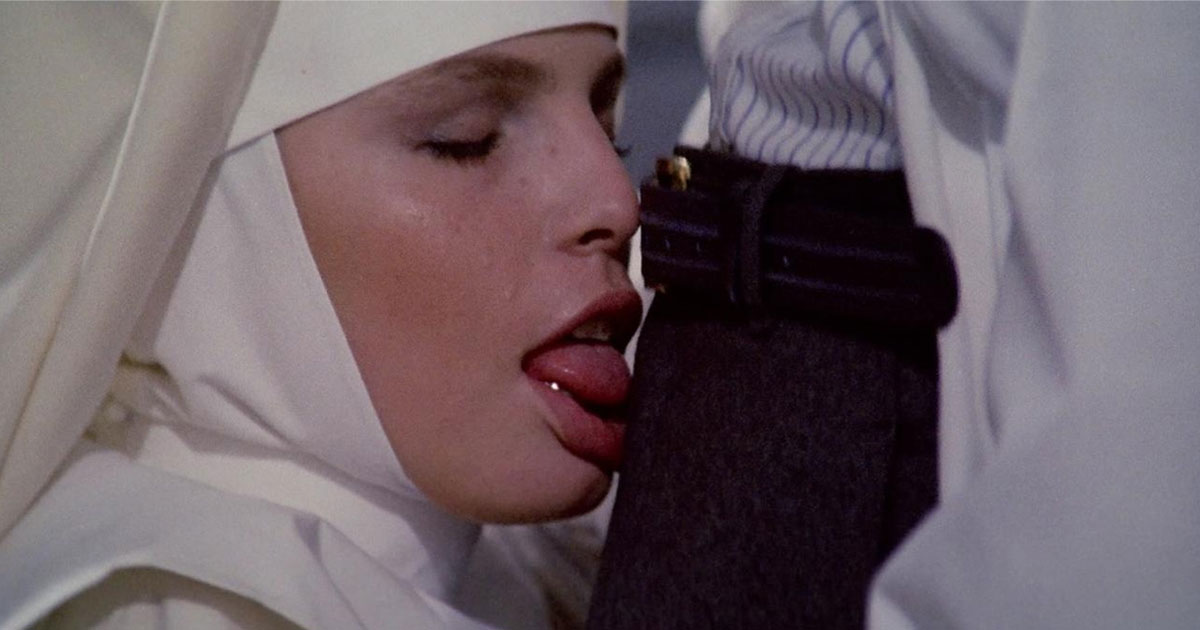 Exploitation cinema helped launch the careers of names like John Waters (and Divine), Sean Cunningham, Wes Craven, Tobe Hooper, and plenty more. It is as important a genre as drama, or even documentaries (whether you want to believe it or not). I always thought being offensive and knowingly pushing buttons was a great way to get genuine reactions out of people, or at least it was during this era. Many moviegoers of today have great difficulty separating their real-life societal values from the type of abject insanity that dominated the drive-ins of yesterday. And that was the point of it all.

As mentioned before, I Drink Your Blood is and always will be my favorite. It was the inspiration for this entire piece, mainly because we are currently celebrating its 50th anniversary. For those of you who haven’t had the pleasure of indulging in this 1970 masterpiece, a group of satanic acid heads contract rabies and go on a killing spree. That description should sell anyone on giving it a watch. If not, the trailer certainly will. 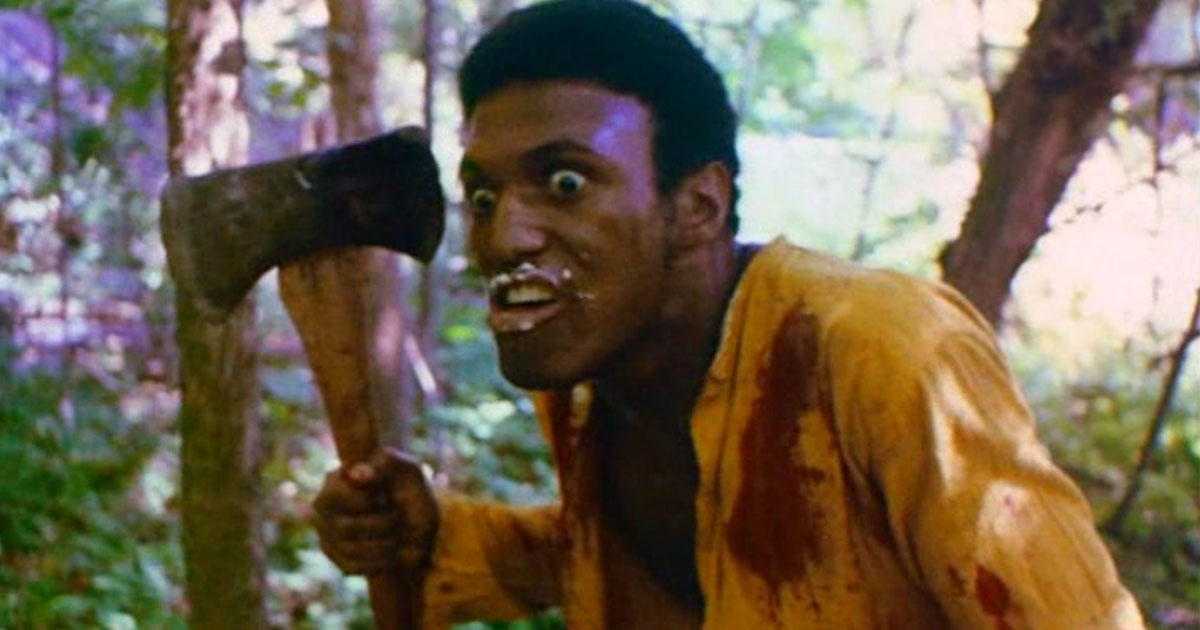 The film actually took inspiration from a real-life event from a mountain village in Iran. It obviously wasn’t to the extent of the film but after watching footage of rabid children in cages, writer and director David Durston was inspired and knew what kind of movie he wanted to make. If that wasn’t enough, the main character, Horace Bones, was inspired by Charles Manson. All of this was an effort by the film’s producer, Jerry Gross, to create the most graphic horror film ever to grace a movie screen.

With next to no budget and a gaggle of unknown actors and actresses (including the beautiful Lynn Lowry), the film shot for eight weeks in a town right outside of Albany, New York. Using buildings that were scheduled to be demolished, the crew had nearly free reign in certain parts of the town. I believe this kind of freedom allowed Bhaskar’s portrayal of Horace Bones to truly soar above the rest of the cast. 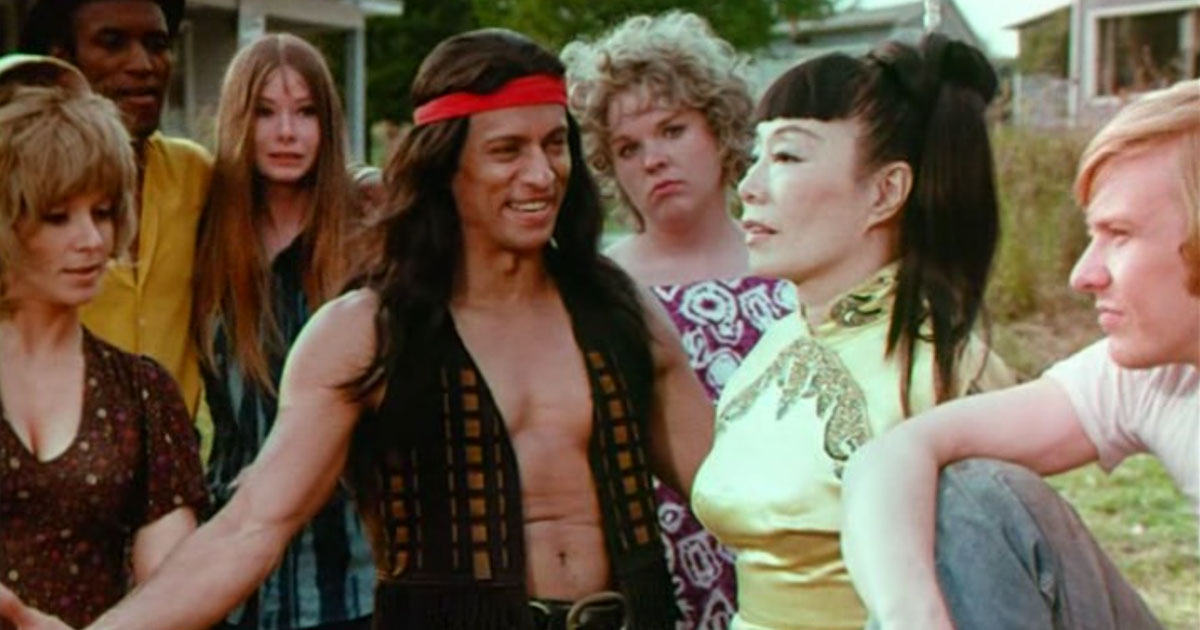 It is in my opinion that I Drink Your Blood really kicked off the explosion of gritty, nasty ‘70s exploitation films, and it should be celebrated as such. This was a no-holds-barred, grizzled-out gore fest, complete with drugs, sex, nudity, and violence.

These films were only ever held back by their creator’s imaginations, which meant that nothing was ever off limits. Because of that, so many subgenres were created. Among insane kung fu and samurai-themed exploitation films out of Asia, you also had Blaxploitation, Nazi exploitation, rape/revenge exploitation, cannibal exploitation, and everything in between. Considering how cheaply these movies were often made, they were getting pumped out left and right.

This type of filmmaking is long gone and this genre would never be accepted today, but there is no erasing the past, at least not completely. These films are here to stay in cinema history and should be embraced as such for both their innovative and raw personalities as well as their no-shits-given attitudes. It was a time when creativity ruled supreme, which is far preferable to the mundane, “reboot everything” world we live in today. 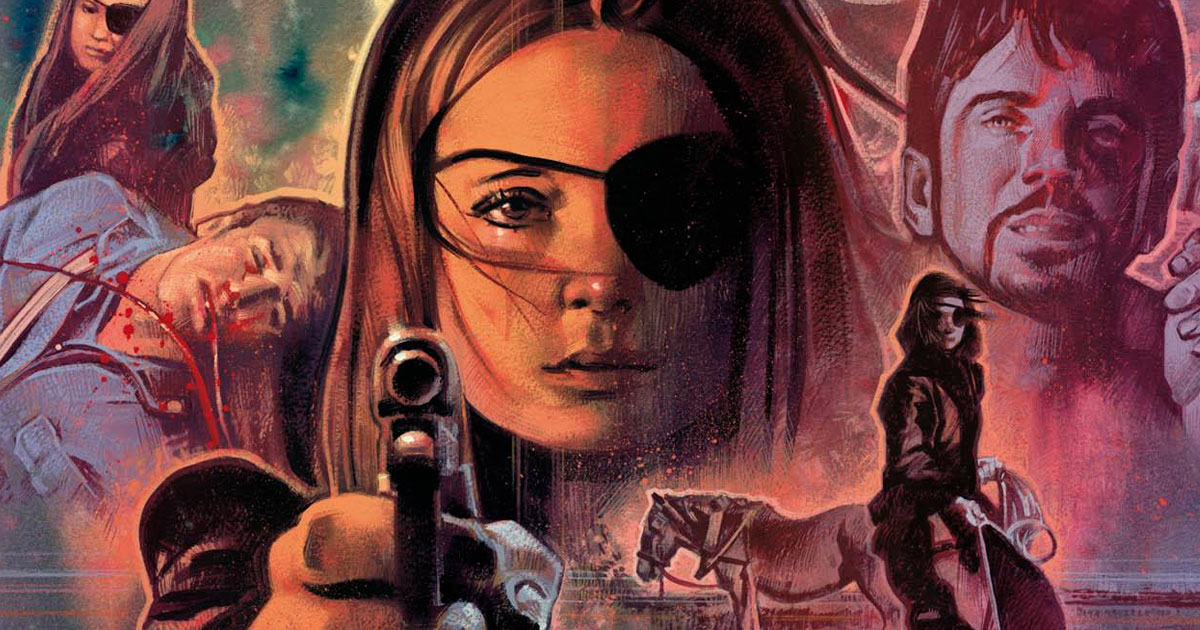 As we are further removed from the golden age of exploitation, we continue to become a world that will never revisit it. Movie making today is all about big budgets and $1 billion box office hauls. There is no room for the little guy, with a group of nobodies and $100,000 ready to pump out some schlock. That, to me, is what filmmaking is all about: when creators are free to allow their visions to come to life and aren’t held down by the bureaucracy of corporate bigwigs. As long as fans remember these films, they will never die. Hopefully more and more filmmakers will embrace this genre and style, and will continue to release new ones as the years continue on.

As we celebrate the 50th anniversary of one of the greatest exploitation flicks of all time in I Drink Your Blood, let us celebrate all things exploitation. It is never too late to dive into this rabbit hole of genre cinema. With companies like Grindhouse Releasing and DiabolikDVD working tirelessly to release some of the rare and lost films of this era, and companies like Alamo Drafthouse and the Mahoning Drive-in Theater in Lehighton, PA screening them, it is comforting to know this genre will never be snuffed out completely.

I could sit here and type out a massive list of exploitation films you have to see, but I think that would rob you of the fun of discovering them for yourself. Though if you are so inclined to get a push in the right direction, I suggest you watch 1987’s Mad Ron’s Prevues from Hell, which is collection of movie trailers from the ‘60s, ‘70s and ‘80s. That will surely give you an idea of where to start your exploitation journey. 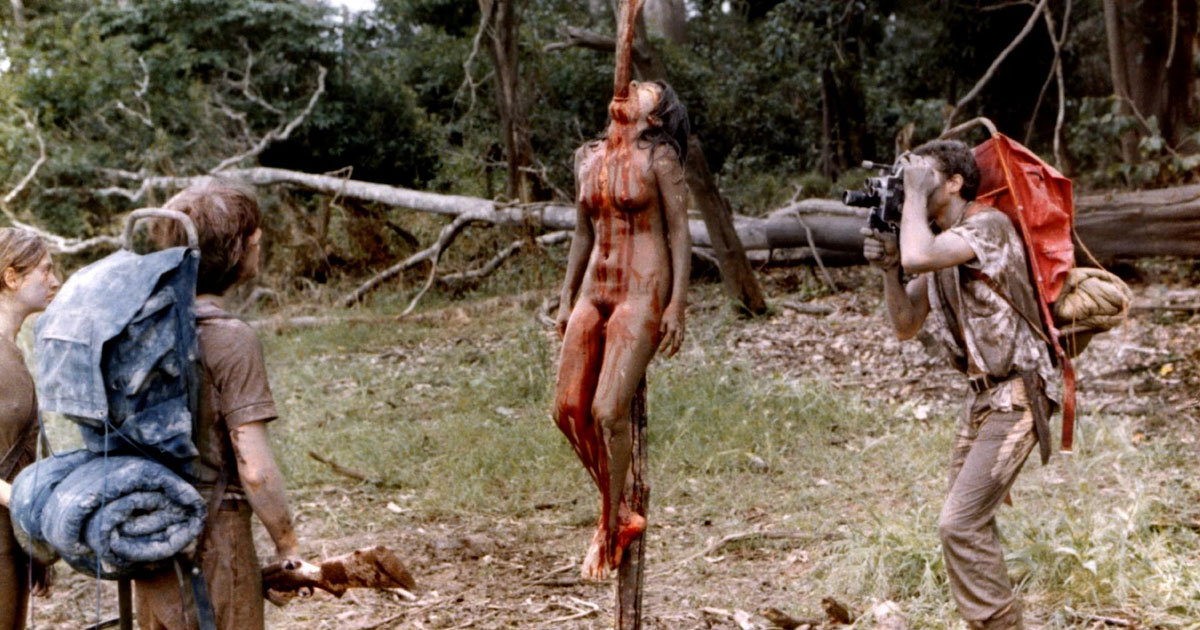