In the early hours of Naughty Dog's The Last of Us Part II, it was hard to shake the feeling that no matter what happened during this tale of revenge, it wouldn't make anything better—not for the player or for the characters themselves. At some point, we were all going to have to live with what transpired one way or another. Whether it was accepting the tragic events that set the plot in motion or bearing the weight of the consequences of our quest to make things right, regardless of what "right" might mean, the despair was always inevitable and nothing was going to erase it.

Perhaps the most powerful of the many themes this game lays out for its players is the struggle of facing trauma, and in particular the ugly side of it. While we always like to see the beloved characters we are invested in find peace, hope, and catharsis, Ellie isn't quite there. It feels realistic and human, especially considering the feelings she's already carried growing up since the first game. If she was unable to have her immunity save everyone, then how could her life matter? Hers is a character very much not at peace with her place in the world, and that was before this particular story was set into motion.

The Last of Us Part II has plenty to say. In particular, a pivotal moment that changes everything offers a unique perspective not often explored in the medium, challenging players to understand and empathize with another point of view. It's uncomfortable, revelatory, and humanizing, which is what makes it so effective. We as players often face a natural disconnect between a game's action and what is actually happening on screen. What if those nameless pieces of cannon fodder have names and stories? What are their motivations? This is a topic best not thought about in most cases, but Naughty Dog brings it to the forefront of this experience. Narratively, it sets an appropriately somber tone of what this journey of vengeance really entails, making it all the more difficult to see it through. 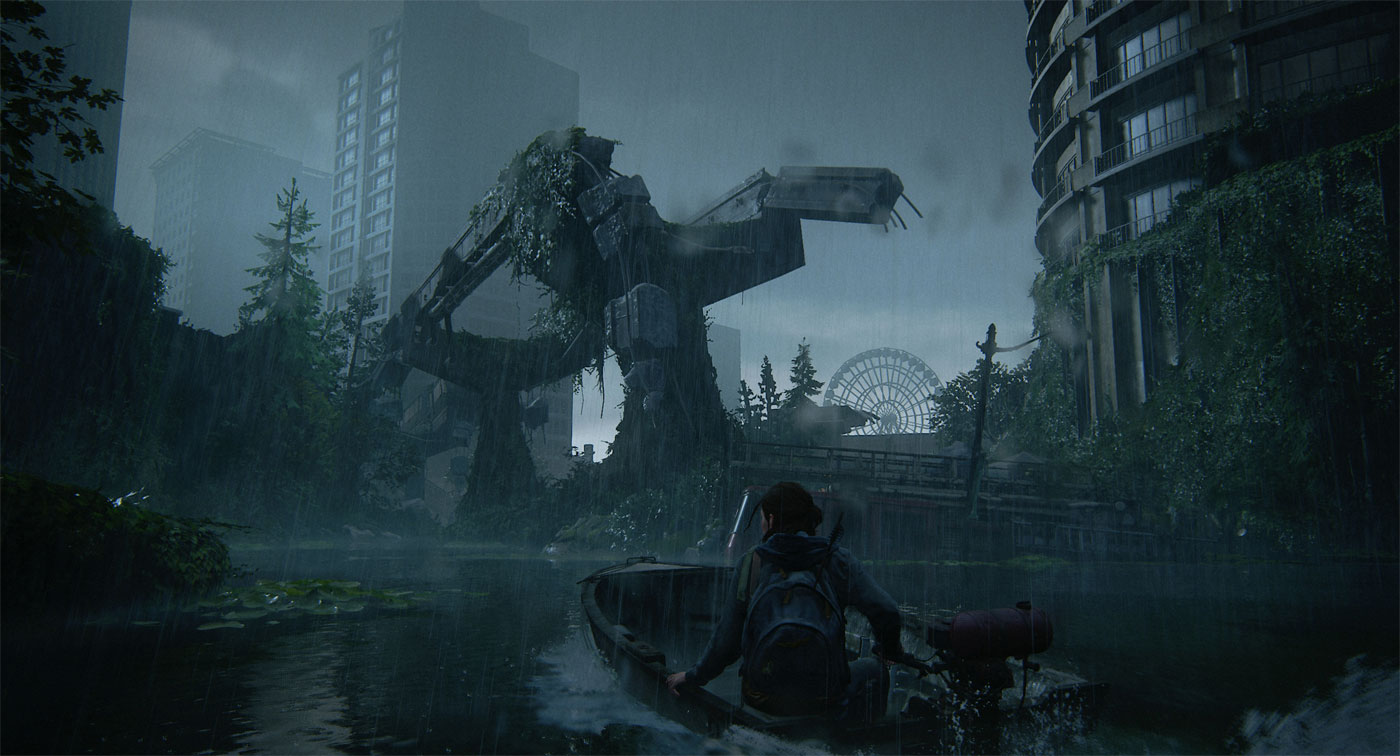 At the same time, this is a world with characters we are invested in. We want to see them grow, overcome, and learn. Because of that, it's easy to look at the bleakness of this game as unsatisfying, but what we have here are Ellie and Abby being two sides of the same coin. It's ugly at times and reaching an end goal of enacting revenge isn't a light switch you can turn on or off to make things better. It doesn't automatically make the pain go away. Believing that it will can come at a tremendous cost, leaving more pain on top of new regrets. Sometimes the only peace there is to find is within. This game left me with plenty to think about in that regard. It hit all of the notes it was supposed to.

From a technical point of view, The Last of Us Part II is nothing short of amazingly well-crafted. It's obvious on so many levels how much care and effort was put into getting the details just right. From the completely ridiculous rope physics to meticulously crafted Seattle landscapes, and way-too-great guitar playing, the game offers abundant moments to appreciate everything the studio was able to accomplish with this sequel. Even the accessibility options are way beyond what you would expect from even the mostly hotly anticipated titles. In almost every way, Naughty Dog has gone the extra mile for this game and it is downright impressive.

What I appreciate most is how far the gameplay has come since the first title. The Last of Us had, at best, fairly average stealth action, yet it was acclaimed nonetheless because of a fantastic narrative. With Part II, the development team crafted gameplay to match the quality of its storytelling and the results speak for themselves. While returning players will still feel right at home, the overall experience is that much more robust in its crafting, customization, and combat systems. Resources are plenty scarce with little ability to stock up ahead of time, but each encounter gives you everything you need to overcome it with fairly generous checkpoints for trial and error when needed. There's a lot to like here. 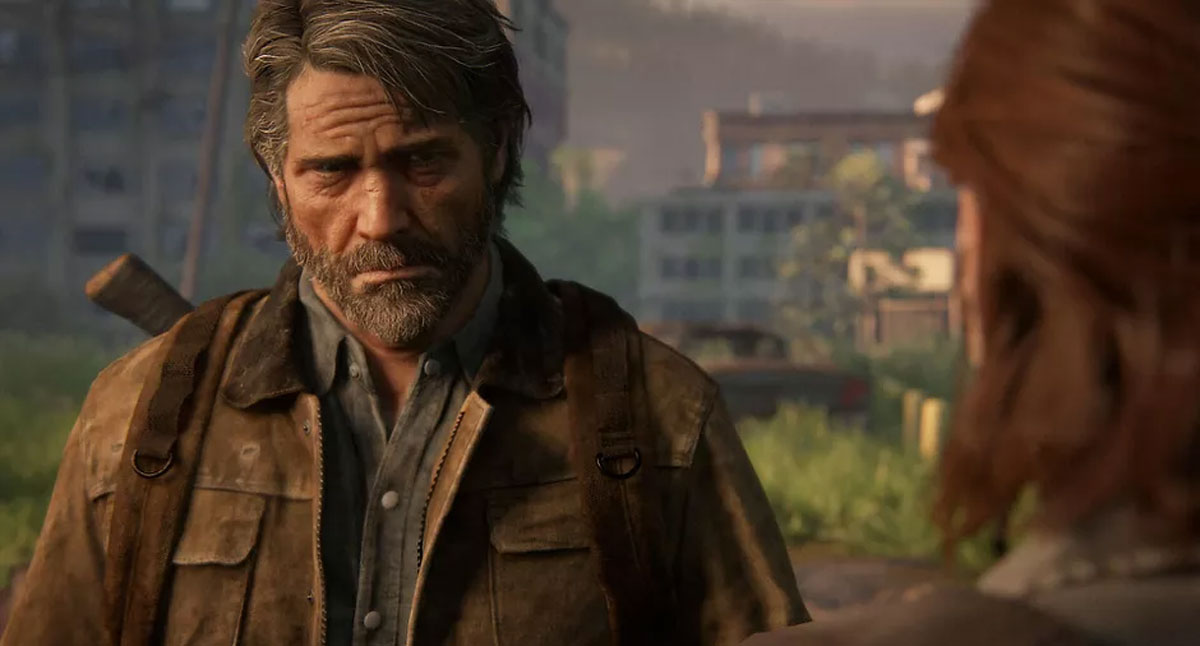 Overall, the narrative is the biggest piece of the puzzle and so much of judging a story, whether it's a video game or any other piece of consumed media, is how much it emotionally resonates with those experiencing it. That is tricky for this game because it's a continuous confrontation with difficult and sometimes uncomfortable feelings about what is happening. Nothing is cut and dry, or even feels righteous, by the time all is said and done. Even without a pleasant dash of hope and catharsis, which would fit much better into my personal comfort zone, it feels like something we could all understand on some level. Being invited to explore characters well beyond a one-sided representation of your typical brands of good, bad, and morally ambiguous also invites a kind of contemplation we could all benefit from in our own conflicts, struggles, and traumas, where it's easy to be consumed by an idea that takes us down an even greater path of hardship and loss. It's an impactful message that was well worth sleeping on for a few nights before getting all of my thoughts down for this review.

At the same time, The Last of Us Part II offers plenty of adrenaline and excitement throughout, and even some touching moments (despite being few and far between). It's a game with a tremendous amount of heart amid great challenges, both in the world and within its characters. If there ever was a way to get completely immersed in and consumed by a brutal, ruined hellscape, it's right here. This game sucks you in and makes you feel its pain as your own, yet it is breathtaking all the same.

This is as finely crafted of a game as you could imagine today. Naughty Dog raised the bar on almost every level and set a new standard for what a high-quality video game could be. Across the board, The Last of Us Part II radiates excellence.

The story comes very close to being a bit too grim and depressing at times, but not without betraying its themes and messaging. Certain parts of the game could have used some shortening in favor of a lengthened final chapter.

The Last of Us Part II was a joy to play in all of its top-notch presentation and stealth-action glory. It's clear that Naughty Dog elevated its game and sought to deliver something special in as many areas as possible. Maybe a game with a less somber tone could have released a bit more dopamine in the moment, but this excellently crafted experience and its powerful emotional themes are going to stick with me for years to come, much like its predecessor. Kudos to a job well done.

From Ellie’s evolution to subtle gameplay changes, we have plenty of interesting new information to unwrap.