Review: 3 from Hell Feels Right at Home, But Fails to Capture the Genius of Its Predecessor

All things considered, don’t let any potential shortcomings ruin this experience for you. 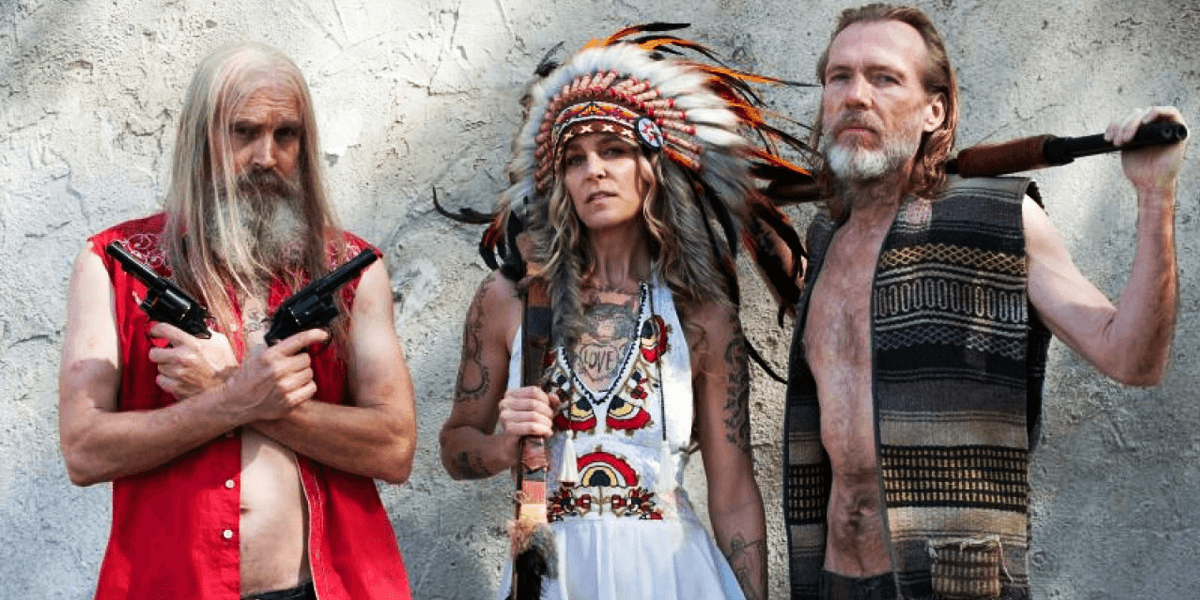 Expectations should have been low for all fans going into 3 from Hell. There was no way possible for this movie to captivate fans like The Devil’s Rejects did, and honestly, that’s the way it should be.

The previous film stands alone as a masterpiece to horror fans all over the world, so trying to eclipse that accomplishment would have been an insult, in my opinion. What 3 from Hell does instead is tell a familiar story with familiar characters, but in a unique way that allows it to stand on its own as whatever fans want it to be.

Going into this movie, I think most people had an idea of what it would be, and they would have been all wrong. To be honest, I am not even sure the film knows what it wanted to be: a documentary, a rehash, a suspense/thriller, or a revenge flick? All of these are facets of the same gem in this case. This kind of formula is not going to work for everyone, but those who it does work for are going to enjoy themselves.

There is no hiding the fact that there are scenes taken directly out of The Devil’s Rejects, which at first bothered me, but then I started to warm up to them. They were like a sort of comfort scene, which helped you remember what made you love the franchise to begin with, but tossed in between these scenes was a fresh blend of insanity.

That’s not to say that there weren’t glimpses and short bursts of genuine humanity given to our rejects that I think were the strongest aspects of the film. Granted, these displays of emotions are few and far between, but they hit you like a ten-ton hammer when they present themselves. Caring about some of the sickest individuals ever to grace a movie screen would be considered a Herculean task, but Rob Zombie nails it in at least a few scenes.

Now it isn’t a Rob Zombie film if it isn’t dirty and dusty, looking like it crawled out of a dumpster from the ‘70s and infested with an army of “motherfuckers” in the dialogue. Thankfully, established characters are easier to introduce and the dialogue wasn’t anywhere near as bad as it was in 31.

Bill Moseley and Sid Haig are wordsmiths, playing characters they really made their own, so if we were to find out that they ad libbed a lot of their dialogue, it wouldn’t come as much of a surprise. You can expect a very familiar string of dialogue, however, which makes the movie easier to take in, because there is no changing Otis and his crew.

Our heroes (you know it's true) find themselves locked away in prison for over a decade after narrowly surviving the onslaught of bullets from the previous film. From the settings, though, it doesn’t really look like any time has passed, but that just can be chalked up to the overall aesthetic that Zombie goes for in all his films. While Otis has managed to keep his wits about him, it is Baby who has morphed into more of a deranged and sinister being, lost in her own head. It is a great direction for this particular character that was always considered the weakest of the three. She has been given a great deal of depth and is by the far the most interesting she has ever been.

Newcomer to the franchise and new Rob Zombie films staple Richard Brake once again lays down a fantastic performance. The man has such a magnetic aura about him whenever he is on screen and this movie if no different. He rounds out the main cast and has instant chemistry with the rest of the rejects. His inclusion, however, is going to anger a lot of fans for one particular reason, but the sooner those people realize that there was no other way to go about it, the easier it will be for them to accept it.

Before moving on from the cast, a nod must be given to the ever-endearing Pancho Moler, who is popping up more and more in film and television, and for good reason. His character turns out to be a pivotal mechanic for the growth of another, and I wish we had more time with that particular dynamic. The effect was impactful, almost immediate, and lasting.

Sometimes, you don’t want your favorite characters to sail away into the sunset, even if they have been given the most appropriate sendoff one could ask for. How many times have we seen great endings to horror films only to have five more sequels pop up in the years that followed? A traveling band of murderous misfits laying waste to everything in their path is horror gold any way you spin it. Their story was told in the first two movies and it was told masterfully.

What we are given now almost feels like a side story spinoff or a “what-if” type of continuation that isn’t meant to further establish these characters, because that simply isn’t necessary. It’s meant to deliver madness, focusing on the devil doing the devil’s work. It is meant to show that no matter how long you lock away evil, and no matter how well you think you have it contained, that good cannot exist without the existence of it.

These type of grindhouse-like schlock films don’t hit cinemas and the big screen very often anymore. Taking that into consideration should be enough for most fans to throw their expectations out the window and allow themselves to be immersed in the madness of the rejects once more.

This is an event film with a very limited release, so you can either take a chance and treat yourself to the type of film that does not join the status quo of current trends, or you can sulk in the corner being unable to let go of the past and expecting too much out of this. Enjoy it for what it is.

The cast doesn’t miss a beat with their characters and fall right back into them. The strange blend of multiple genres and addition of new characters help give the movie more depth.

Rehashed scenes from previous films can make the effort feel uninspired. Adding in the limited screen time of certain characters can make the film feel like a letdown.

At the end of the day, 3 from Hell isn’t winning any awards and won’t be carving out a place in the annals of horror history like its predecessor. It serves as what I believe it was intended to be, a fun continuation of a masterpiece.

At times, the film can feel uninspired, which seems like an insult to the franchise it continues. The best way to deal with it is just to deal with it. If you went into the film expecting another knock-your-socks-off monster of a film, then that is on you for getting your hopes up too high.

The bar was always set low for a sequel to The Devil’s Rejects and that, for me, is why the film delivers an amazing moviegoing experience.