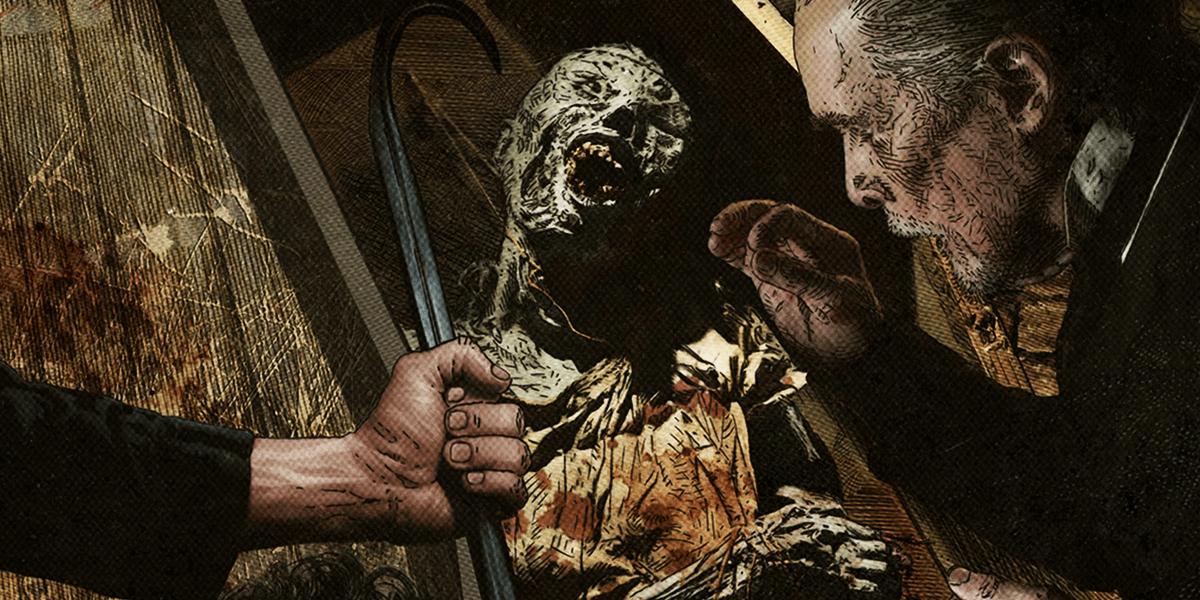 It's been a little while since we've gotten an update on Shudder's upcoming Creepshow series, but today brought us some casting news and a few neat story reveals, so let's get right to it. First of all, Shudder has officially confirmed some news we reported on last month, which was that Tom Savini would be brought on board to direct one of the upcoming Season 1 stories.

Next, the AMC-owned horror streaming platform also announced that David Arquette (Scream), Tricia Helfer (Lucifer), and Dana Gould (The Simpsons) have all signed on to play parts in the series' debut season. Naturally, these stars will appear in three new episodes that have only just been revealed as well, which we will share details on below.

First up is "Times is Tough in Musky Holler," which will star Arquette with John Harrison directing a screenplay from John Skipp and Dori Miller, who originally wrote it as a short story. The segment tells the tale of a place where leaders who once controlled a town through fear and intimidation get a taste of their own medicine.

The second new story to be detailed is “Lydia Layne’s Better Half,” which will star Helfer and is directed by Roxanne Benjamin, with Harrison this time penning the screenplay, based on a story idea he cooked up alongside Greg Nicotero. This one will center on a powerful woman denying a promotion to her protégée and lover, failing to anticipate the fallout that might come of her decision.

Last but not least is a story called "Skincrawlers," which stars Goiuld and is also directed by Benjamin, with writing credits going to Paul Dini and Stephen Langford. This segment follows a man who considers a miraculous new treatment for weight loss that turns out to have unexpected complications.

Previously-announced cast members include Tobin Bell (Saw), Adrienne Barbeau (Creepshow film), and Giancarlo Esposito (Breaking Bad), who will all be appearing in a segment based on Stephen King's 1973 short story, Gray Matter, which was eventually released as part of his 1978 collection, Night Shift.

Twelve segments in total will make up the Creepshow series' six-episode debut season. Additional tales being adapted include Joe Hill's By the Silver Water of Lake Champlain, Bird Box author Josh Malerman's House of the Head, Joe R. Lansdale, Kasey Lansdale and Keith Lansdale's The Companion, Christopher Buehlman's The Man in the Suitcase, Bruce Jones's All Hallows Eve, John Esposito's Night of the Paw, and Rob Schrab's Bad Wolf Down. It was also reported early on that an episode called Survivor Type would be included, based on a short story from Stephen King's 1985 collection, Skeleton Crew.