The roller coaster ride comes to an abrupt end for some of our cast. 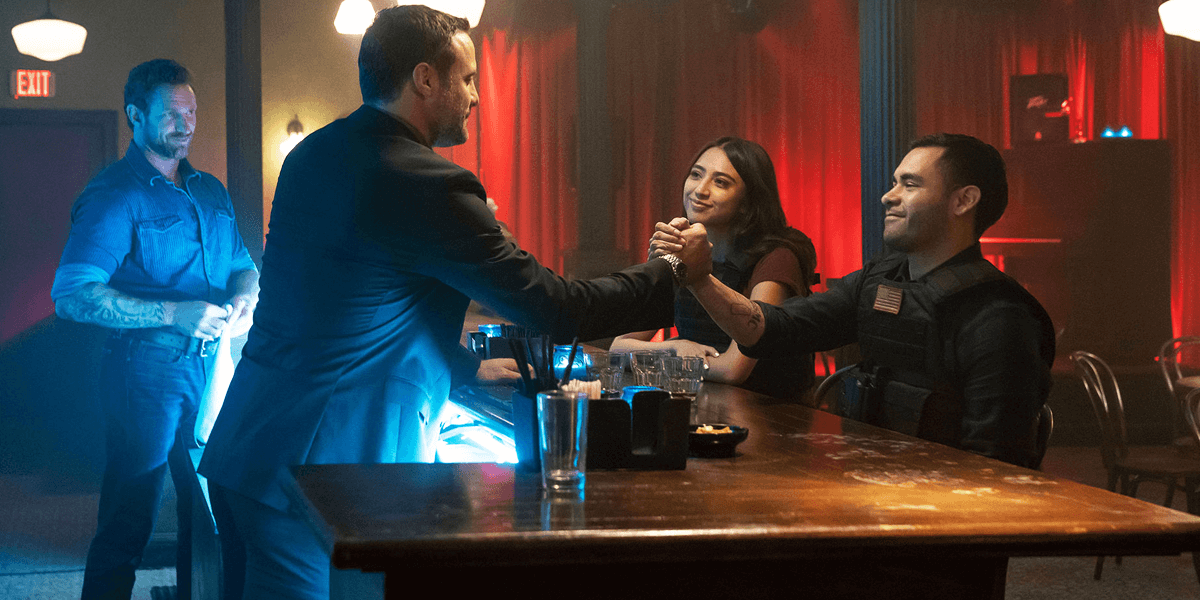 The annual Purge nears its end for another year as The Purge TV series arrives at its season finale. Dawn may be an hour away but the fight to survive is still going strong. Last week, Joe forced his captives to repent for what he felt were sins against him. We learned that each of them had disrespected him in some way, providing him with a reason to exercise his right to purge in order to achieve his revenge.

Holding our key characters captive in the booby-trapped school, we witnessed him killing an old school bully, taking revenge on a co-worker, and, after a failed date with Jane, climatically choking her to death. The flashbacks provided an insight as to why he made it a point to track them down and kidnap them on Purge Night. The annual event gave him the chance to kill them without any repercussions. 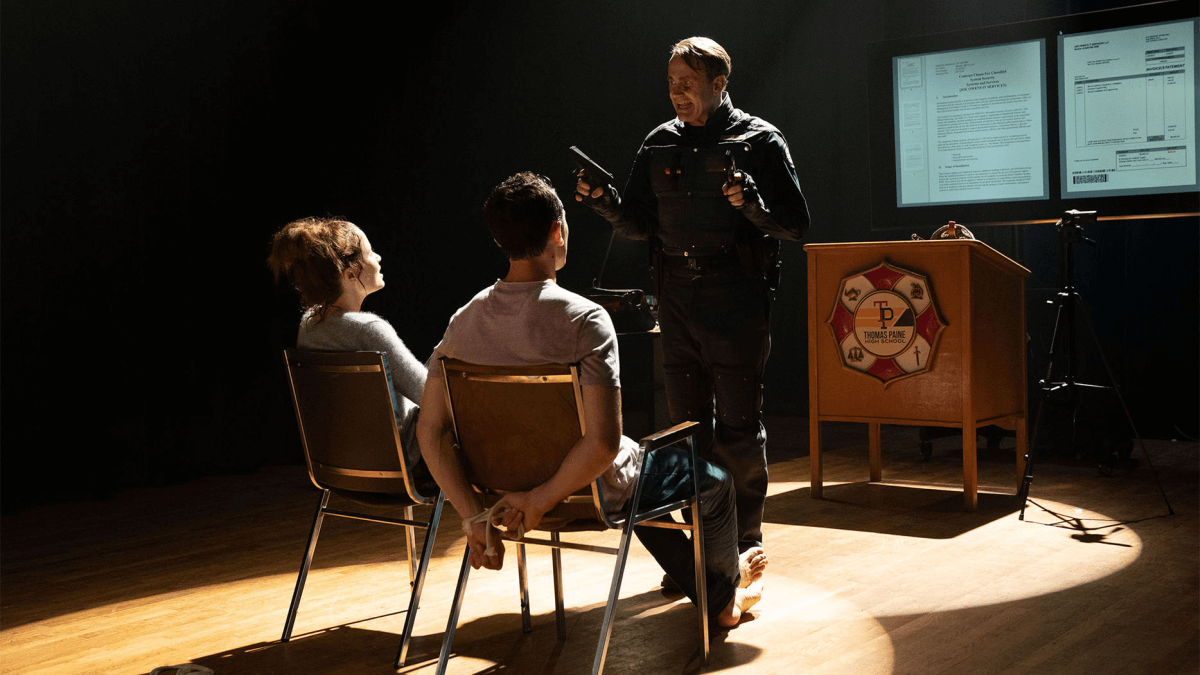 Throughout the season, Miguel is on the hunt to find his sister. Here we are, at episode 10, and he is still trying to locate her to save her, which, by this point, has just become too redundant. His character had one of the weakest of the storylines this season. This week, he is joined by Pete the Cop, who had his car blown up by Rex the Cowboy and some of his crazy security guards from the Carnival of Flesh. With the assistance of lures and trip wires, he and Miguel manage to kill the majority of the crew, although we see one appears to remain alive.

Inside the school, Joe orders Rick and Jenna to stand trial for their crimes. We learn that Rick had hired Joe to do some work on his new building. Claiming that Joe did a less than satisfactory job, he refused to pay him. Rick informs him that “everyone screws everyone” and this mentality is why the NFFA implanted the legalized lawlessness for one night a year. It’s that one night where people can get their aggression out and free the beast within, without facing prosecution. 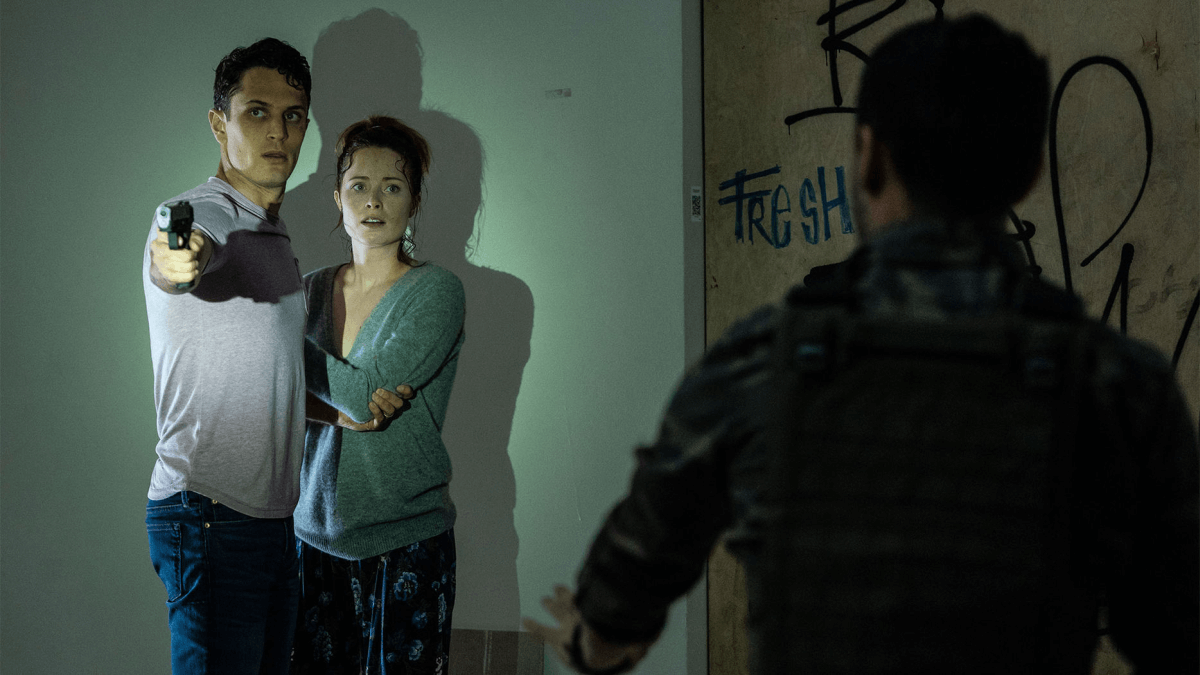 Rick’s pleas to leave his wife alone falls on deaf ears as Joe turns his attention to the pregnant Jenna. He hands her a gun, telling her it contains one bullet and makes a deal with her. If she shoots Rick, she can walk free. Surprisingly, she does pull the trigger but, thankfully for Rick, the gun isn’t loaded.

While still in the cage, Penelope finds a screw, which, thanks to Joe’s shoddy work, may come in handy to help save her life. When the moment is right, she lures her captor close enough so that she can strike. Penelope drives the screw into his eye, which happens to be the goriest moment in the whole series. While is Joe is reeling in pain and trying to remove the screw, the captives all escape from the cage. 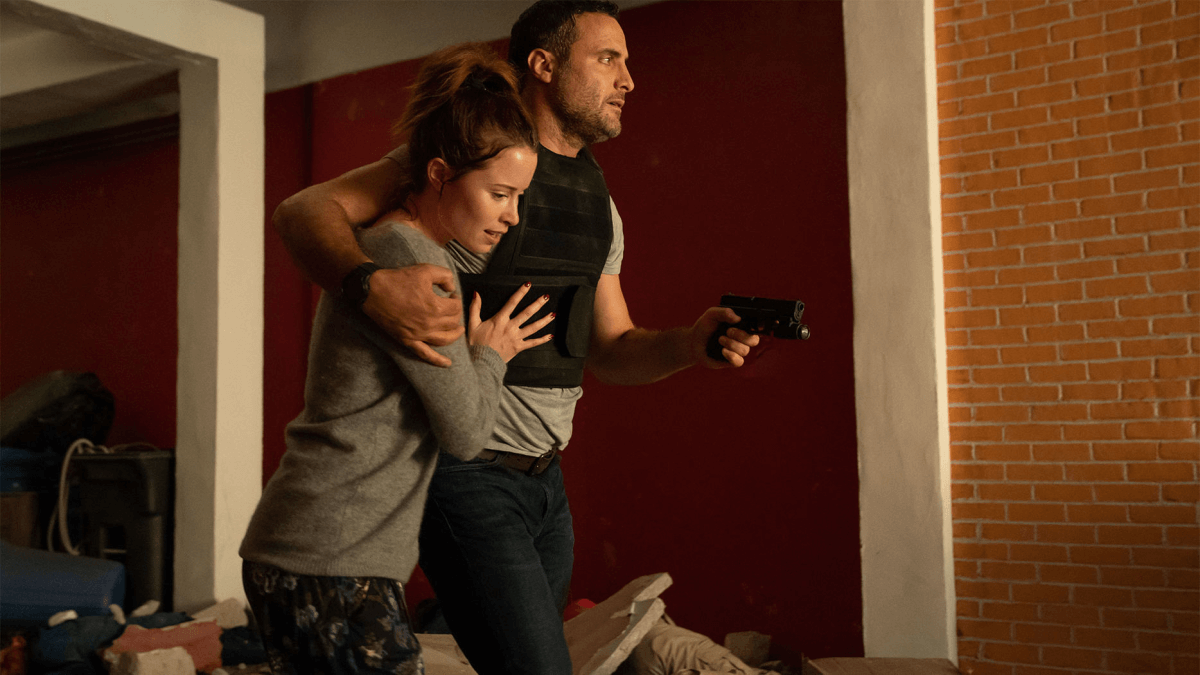 Rick and Jenna flee, only to meet up with Pete and Miguel, who made their way into the school, despite it being rigged with explosives at each entrance. The carnival guard, who survived the earlier encounter, appears and starts firing at Rick and Pete. He hits Rick in the stomach and shoulder, and Pete only in the leg, but the hit ultimately kills Rick. Miguel shows up and kills the guard before Pete tells him to carry on and find his sister.

Joe finds Penelope outside and catches up to her by a swimming pool. He isn’t going to let her get away without hearing her repent. He forces her to start talking and, after giving a speech, Joe isn’t impressed. He aims the gun at her but, naturally, Miguel makes it there just in time. As he battles with Joe, the air sirens announcing the ending of the Purge blare in the distance. Joe hands Miguel the gun, claiming he cannot continue to purge, so Miguel wastes no time in shooting him and pushing him into the pool. 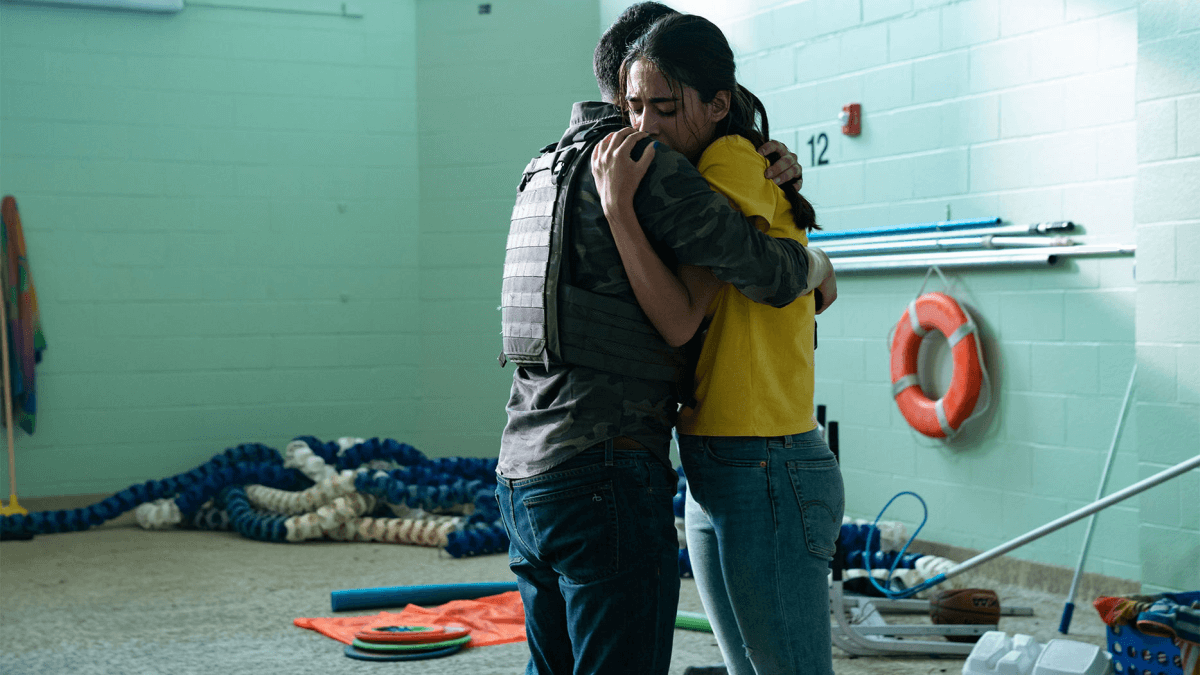 We then jump ahead one year, where we see Jenna and her baby peering out at the Eiffel tower from their balcony. On the news, there are reports that Europe may be considering adopting the same principles and bringing the Purge overseas after seeing the success the Unites States had with the violent event. We also see Miguel and Penelope sitting in Pete’s bar, getting ready to head out into the night to help save innocent people during the Purge.

So, what is next for The Purge TV series? It was recently announced that a second is in the works and there are still a lot of unanswered questions from this one. Are there any Stantons still alive? What about the maid who warned Rick and Jenna to leave the mansion? Is Lila really dead? We can only wait and see for the answers to these questions. Will there be a whole new cast or will we see some of these familiar faces in the next season?

Overall, as a fan of the movies, it feels like the series did a fine job recreating the allure of The Purge. The hour-long episodes do what the movies can’t: spend time on the characters so you get to know what made them targets in the first place. The episodes were appropriately paced and exciting, with the exception of the Miguel storyline, and for the most part encouraged you to tune in the following week to see what was going to happen.

With a new season coming soon, that hopefully means new material on the show's official website. It's definitely worth checking out, as the site for this first season is quite entertaining. From videos spoofing late night shopping channels and e-cards to merchandise, photo galleries, full episodes, and much more, the site will surely keep you busy until the next season arrives.

We will see you when the next siren blares and signals the commencement of the annual Purge.