Suspiria: A Journey 25 Years in the Making

Luca Guadagnino and Tilda Swinton on their long journey of making Suspiria. Plus, a new clip! 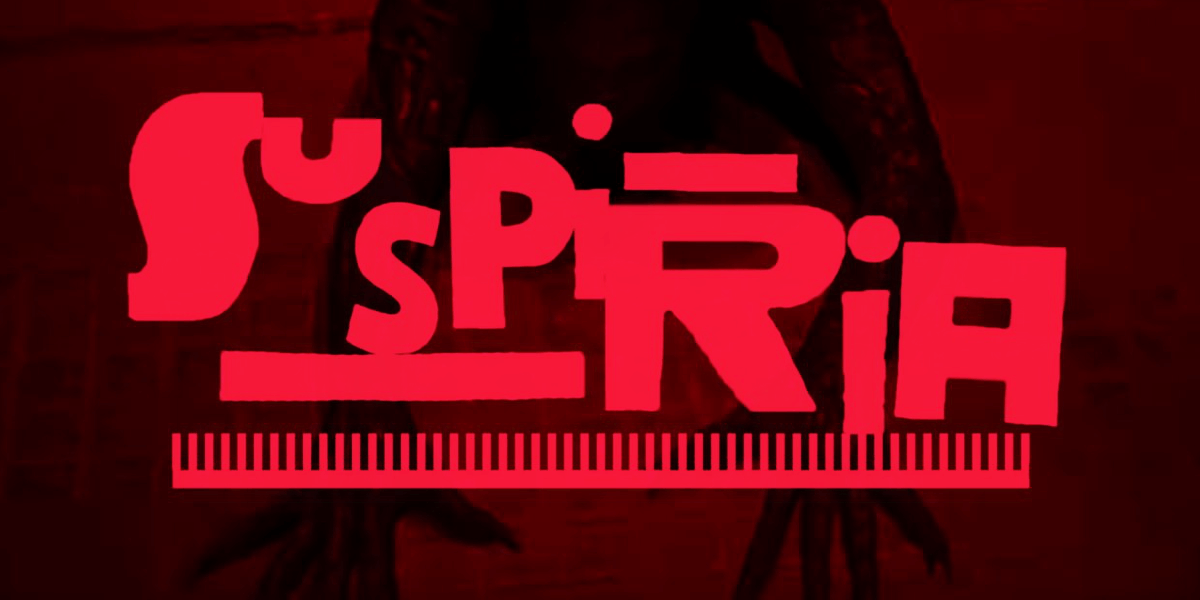 Luca Guadagnino and Tilda Swinton have dreamed about making the new Suspiria for over 25 years, based on an exclusive new interview they did with ScreenDaily.

“It’s fantastically gratifying to be able to talk about it in the past tense,” mentioned Swinton. “[For] several centuries, we’ve been talking about it.” The two deeply connected over their mutual obsession of Dario Argento’s original film about 25 years ago and have been friends ever since, but for Guadagnino his love story with Suspiria started 33 years ago.

“I was understanding in an hour and 35 minutes that everything was possible in cinema.” Guadagnino said. “Everything was do-able, and I realized that you could really upset somebody in a beautiful way with movies.” Guadagnino first watched Argento’s Suspiria when he would have been just 14 years old. He became so obsessed with the work that he envisioned himself making his own Suspiria film, where he drew posters of it bearing his name as the auteur.

We can understand that when such a powerful work comes into your life that the imagination can explode into all sorts of creative manifestations, much like what happen with Guadagnino, which we learned about earlier this week.

Guadagnino purchased the rights to Suspiria back in 2008 with his producing partners and was at one point attached to produce the new film with David Gordon Green (Halloween) directing. Following creative differences, he would be finally convinced to direct the film he dreamed about for so long. He would bring David Kajganich (Pet Sematary) to pen the screenplay in 2015 and the project would truly become a reality for both Guadagnino and Swinton in 2016, when production on the film began.

We have seen Guadagnino talk about the importance of motherhood in Suspiria, including in this interview, but what is he really referring to? Forbes best explained exactly what he is likely talking about. Since the new film is a homage to Argento’s work of the same, we can safely assume the lore will be similar but with some tinkering to give it a unique identity to stand on its own.

For the original, Argento was inspired by a series of psychological essays written by Thomas De Quincy, which envisioned three companions for the Roman goddess of childbirth. These goddesses were referred to as Mater Suspiriorum (Mother of Sighs), Mater Tenebrarum (Mother of Darkness), and Mater Lachrymarum (Mother of Tears).

Argento would transform this idea for his "The Three Mothers" trilogy to instead reflect ancient witches, each with the incredible power to shape events on a grand scale, all while hiding their existence to the world. In Argento’s narrative, the origin of the art of witchcraft began some time in the 11th century with three sisters. They would attain great wealth and power in their travels around the world, but leave behind much death and misery.

Moving forward to the 19th century, the three witches order the construction of three buildings to house each of them and their coven of followers. In Suspiria, the first in Argento’s trilogy, the story takes place in one of these buildings and unfolds to reveal it being possessed by the Mother of Sighs, or her given name of Helena Markos.

For Guadagnino’s film, we can see the concept of "The Three Mothers" reused within both the teaser trailer as well as the latest theatrical trailer after a closer visual examination of a notebook. We also see a reference to Helena Markos on a poster, which appears to transfix the members of the academy. Below are images of the scenes in question. 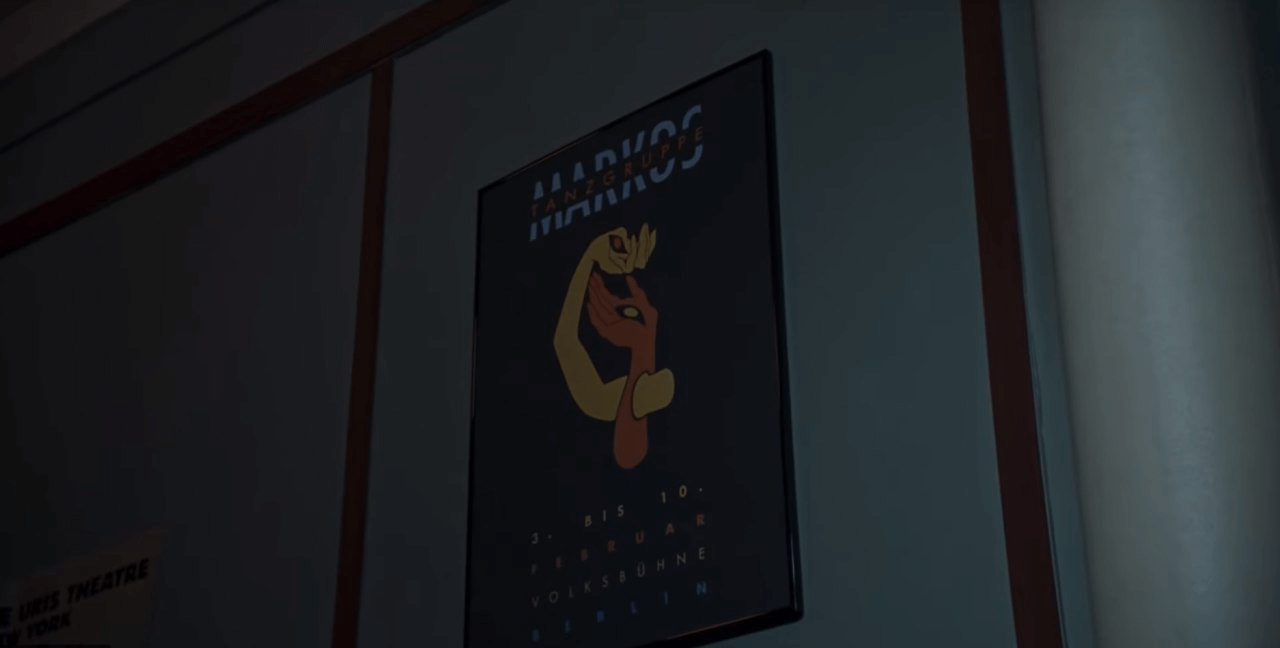 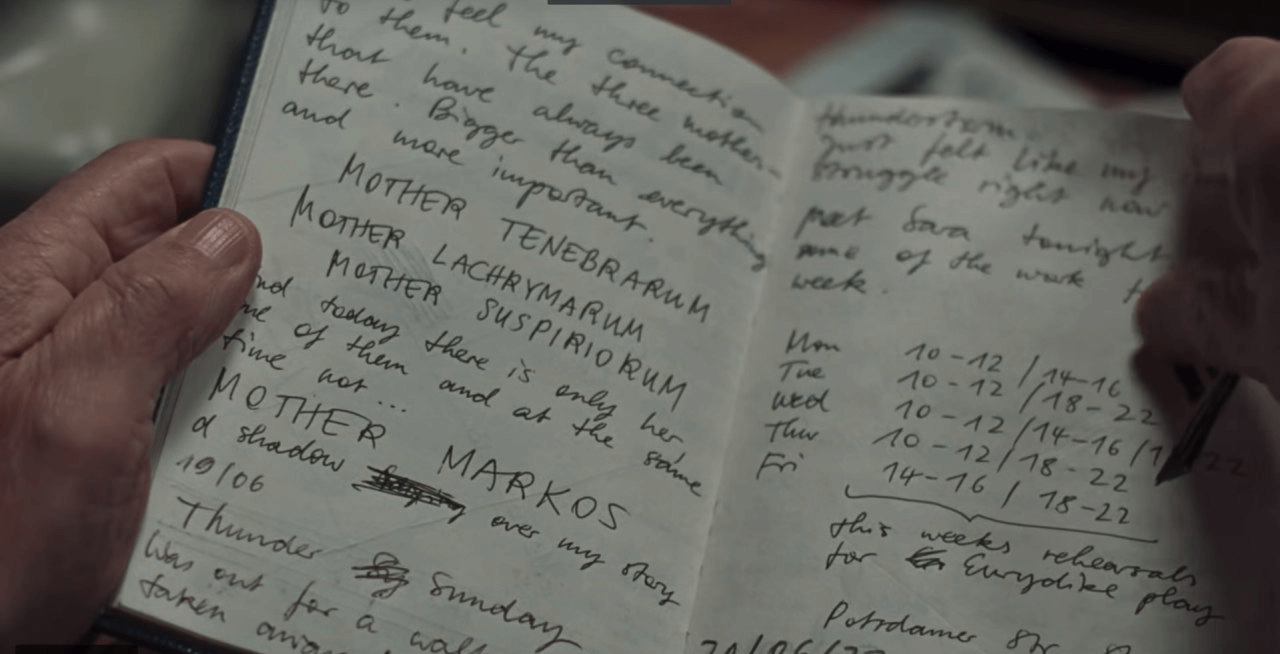 Should his film prove to a success, it seems plausible that Guadagnino will wish to move forward on exploring the stories of the Mother of Darkness and Mother of Tears in his own trilogy.

For the full interview with Luca Guadagnino and Tilda Swinton, visit ScreenDaily. They also landed an exclusive new picture of Madame Blanc, which has since been posted on the film's official social media accounts, along with another picture of Patricia. 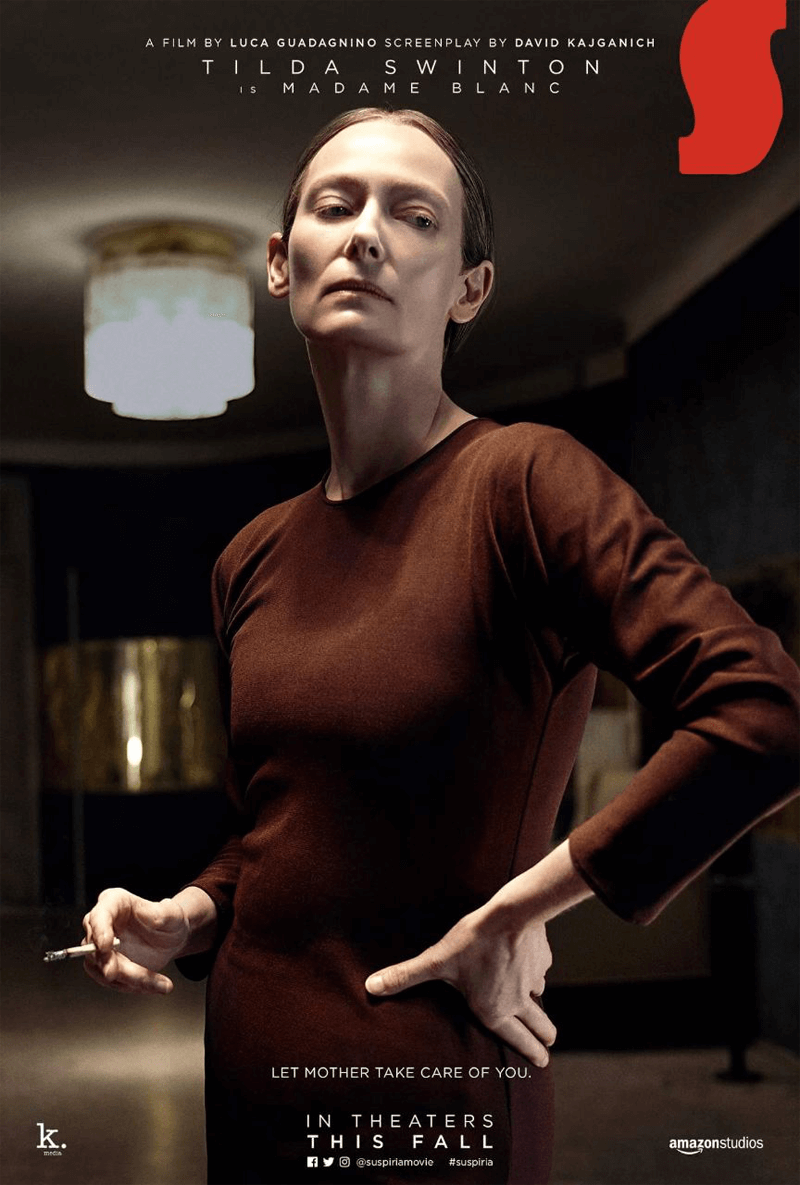 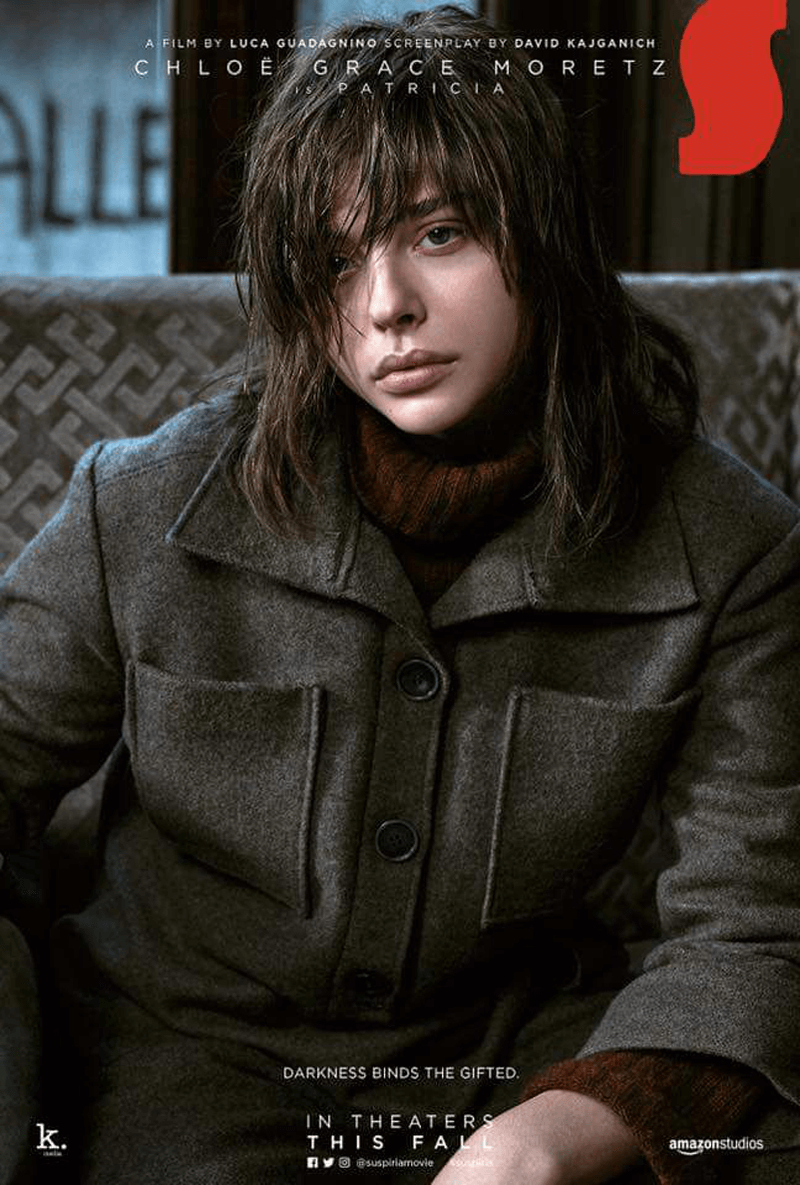 In addition, Amazon Studios shared a brand-new clip of the movie. In this scene, we see Madame Blanc direct Susie Bannion to improvise her dance freely. The whole scene is chilling with menacing undertones and Bannion appearing possessed by some evil spirit that hides beneath her. Have a look below.