This new trailer will make you want to give your soul to the dance.

You wanted to see more of Luca Guadagnino’s Suspiria and now you have it with this brand-new trailer for the film. Have a look above and get ready to be frightened.

Now that we’ve seen more of the film, we can paint an even better picture of what Guadagnino’s version of Suspiria will look like and how it will make us feel. This new trailer is purposely tense and uncomfortable. It barely allows us a moment to catch our breath, as evil tightly strangles and pulls us into its nightmare. While Guadagnino’s sinister vision has undertones of beauty and wonder, there is no doubt that misery and despair will take center stage. We as the audience peer into this nightmare to shed some glimmer of light, but you too will inevitably succumb to the darkness and give your soul to the dance.

Guadagnino’s film is being billed as a homage to the 1977 Dario Argento film of the same name. Argento’s film was wildly successful both at home and internationally, which would eventually help spawn two additional thematic sequels by the director, with those being Inferno in 1980 and The Mother of Tears in 2007. While the sequels do have their fans, Suspiria rightfully rises above the others and is one of Argento’s greatest masterpieces as a filmmaker.

In Suspiria, evil lurks deep within a world-renowned dance company in Germany. Susie Bannion, an ambitious young dancer, travels there to perfect her ballet skills but soon learns something is amiss following her arrival. The dance troupe’s artistic director, Madame Blanc (Tilda Swinton), is an enigmatic woman committed fully to the art of dance and becomes fixated on Bannion for her own mysterious reasons.

After fellow students begin disappearing, Bannion attempts to unravel the mysteries that whisper beneath the surface with the help of her new friend Sara and grieving psychologist Jozef Klemperer (Lutz Ebersdorf). However, what they find unleashes a relentless nightmare that may have been better left stowed away in secrecy.

One of the staples of Argento’s film was its soundtrack, which was written and performed by Italian progressive-rock band Goblin. For Guadagnino’s Suspiria, Radiohead’s Thom Yorke has taken on the job of scoring the new film, which we first heard in the teaser trailer that released back in June and also appears in this new trailer. While Yorke seems to take on a new approach that distances itself from Goblin’s score for the original, we are nevertheless excited to hear what’s in store for us in the finished film.

The film also stars Chloë Grace Moretz (Carrie, Let Me In) as Patricia Hingle. Moretz spoke highly of the new film in an interview with IndieWire back in June, where she hailed it as the closest she has ever seen to a modern Stanley Kubrick film. The actress explains, “You’re put into a world, which I can only describe it as being like The Shining in a lot of ways, where you’re just encompassed in a filmmaker’s brain and you’re just implanted in there, and there’s nothing like it that you will ever see.”

Moretz clearly has studied and developed an appreciation for horror, with having now starred in at least three major films in the genre. This undoubtedly helped prepare her for those roles and especially for Guadagnino’s extreme vision for Suspiria, which caused its main star to seek therapy.

Stanley Kubrick is a fine example of a mastermind filmmaker who knew his craft like the back of his hand and aimed for nothing but absolute perfection in every frame. Much like Guadagnino with Suspiria, Kubrick also had extreme visions for his films, tirelessly reshooting scenes hundreds of times if he wasn’t completely satisfied with what he saw, much to dismay of the actors and film crew. Time will tell whether Guadagnino’s film will indeed live up to something that Kubrick would have produced if he were still alive today.

Also included in the cast is the star from the original 1977 film, Jessica Harper, who will make an appearance as a character named Anke. Since the film already has its Susie Bannion casted, originally named Suzy Bannion in Argento’s film, it was more than likely Harper would not be reprising the character she played so long ago and will, in fact, be playing an all-new one instead. 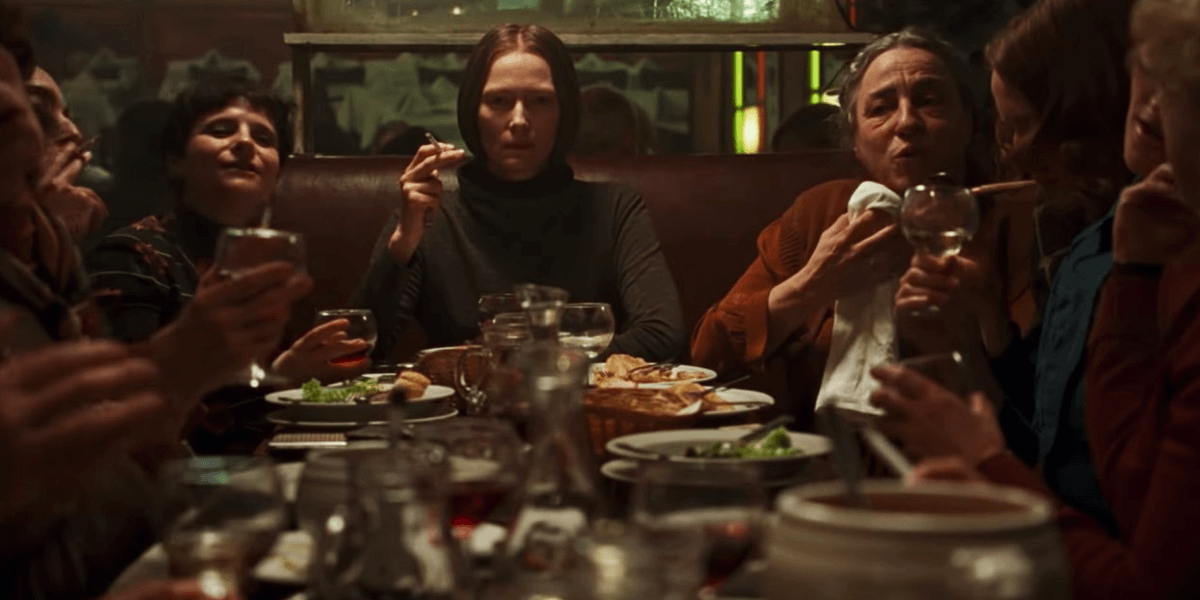 This one hits all the right notes.