FromSoftware games have a reputation for being challenging, but that statement doesn't tell the whole story, and it's not really an accurate representation of the overall experience one has playing them. From the outside looking in, games like Dark Souls and, more recently, Sekiro: Shadows Die Twice have been incredibly easy targets for debates and rage-bait articles about easy modes, hard modes, and what have you. All of that, in my opinion, is missing the point of the much greater joy of discovery. It's not for everybody, and I certainly didn't think it was for me, but then it was.

I'm going to start off by getting it out of the way and clarifying my stance on the great "easy mode" debate. I commend teams that go out of their way to add myriad difficulty adjustments and accessibility options. It's a cool thing to do. I also do not believe that not doing so is worthy of harsh condemnation, and I do think bad faith folks occasionally misconstrue fair and valid criticism about lack of accessibility as being some great and unflinching demand for change, beyond the regular level of influence you would expect criticism to have. There's a difference and none of the most toxic, polarizing viewpoints on either side of the fence really serve anybody. That being said, I'm just glad there are plenty of titles out there for people to have fun with, regardless of any personal limitations. We're all friends here!

As for me, my only real limitation with respect to the beloved "Soulsborne" genre was a lack of interest. Honestly? From how everybody talked about them, these kinds of games seemed like a real pain in the ass. Not my cup of tea, I thought, and I stuck with that mentality for a while. In fact, I have a pretty funny story about that. I actually bought Bloodborne because I thought it looked cool as hell. I later learned, before actually firing it up, that it was one of those games, and so it sat on my shelf collecting dust for years, potentially never to be played. In hindsight, I was doing myself quite the disservice. 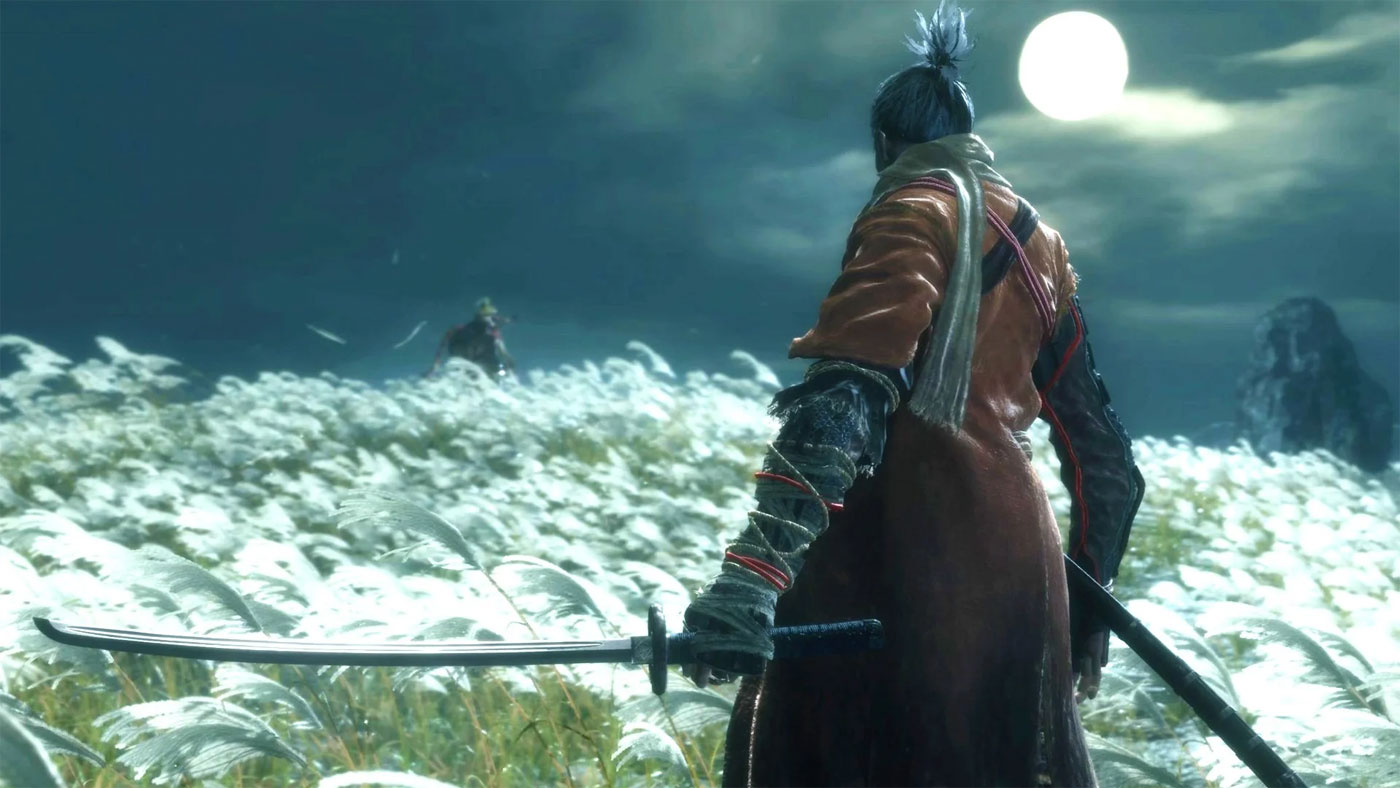 This self-disservice continued to be the case for some time, at least until Sekiro came along. I got my hands on the game a tiny bit early (perks of writing about it a bunch) and decided to finally see what all the fuss was about. This led me to my three-part "Diary of a FromSoftware Noob" series (read parts one, two, and three), which can be accurately summarized as a journey of pain and self-discovery in which I vowed to stop playing multiple times—only to keep coming back a short time later to push onward. In the end, overcoming the title's challenges felt damn good and I wanted more. No, I needed more. Luckily, I still had that copy of Bloodborne laying around.

It was at this point that I decided to work my way backwards through this studio's library of recent hits. Bloodborne was a convenient next stop on the journey, considering I purchased it years prior, so I hopped on that wagon and a new romance was born (or something like that). While Sekiro lacked in difference-making RPG elements, this gothic horror and occasionally Lovecraftian title gave me a little more character building. I was well aware that Dark Souls offered even more variety, but these elements were the secret sauce that transformed my recent gaming addiction into a full-blown passion. 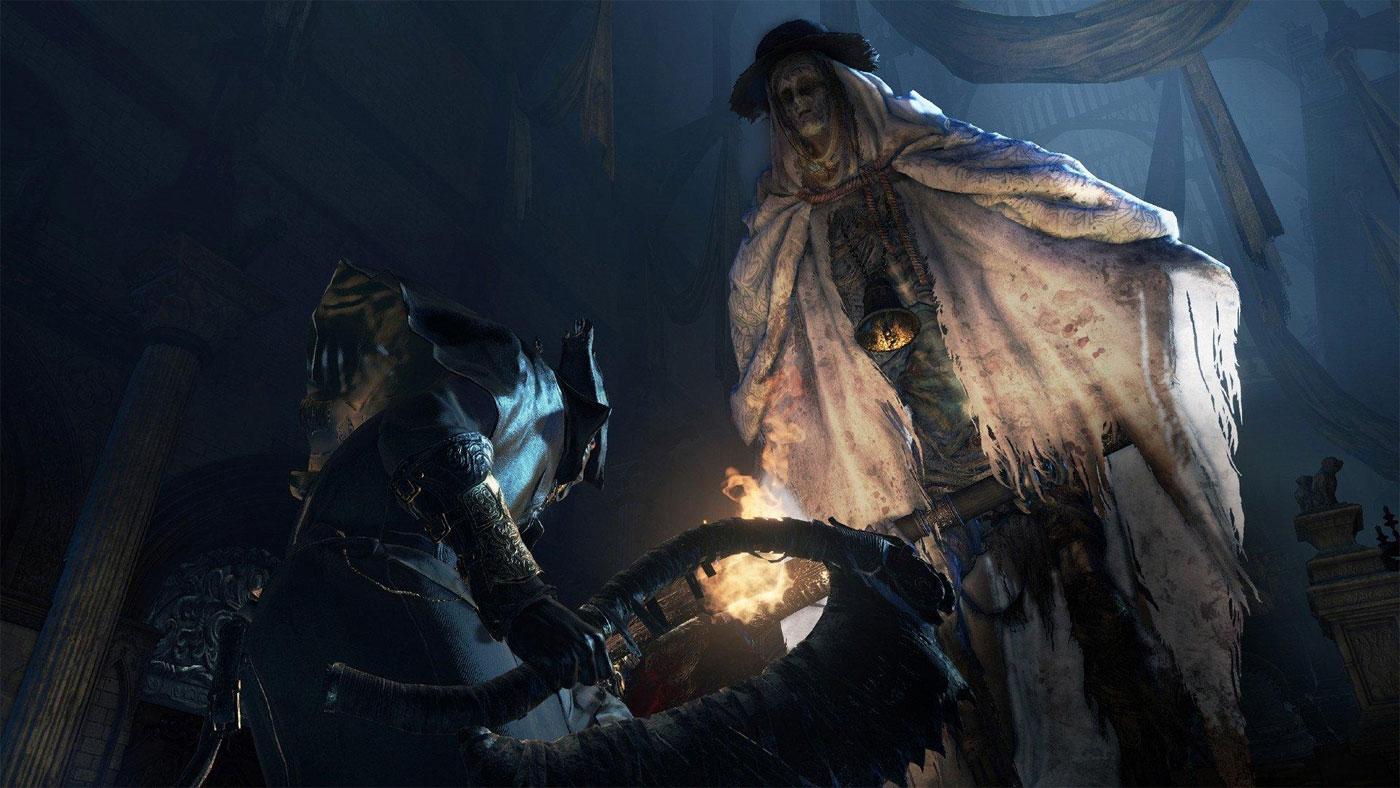 By the end of Bloodborne, I was absolutely smitten and enjoyed everything about it, especially being totally overpowered by the end because of how I built my hunter. Honestly, I'm just fine with that. Sekiro was a grind right up until the last bit because my shinobi was barely getting more formidable through the game's limited character customization. That grind definitely had its charm, but there's something that feels just right about plowing through the endgame leaving abject chaos in your wake. That's what the older games got right, and I'm sure we'll see more of that in Elden Ring.

Having played Dark Souls now, my view on what makes these games so special has definitely come full circle, not only because of the gameplay but also due to the atmospheric, beautifully bleak world. It's easy to joke with friends about how these experiences are for the masochistic among us, but the reality remains in contrast to that. You can take almost any title out there and crank up the difficulty settings to give yourself a brutal experience. Those experiences are often for the self-punishing. 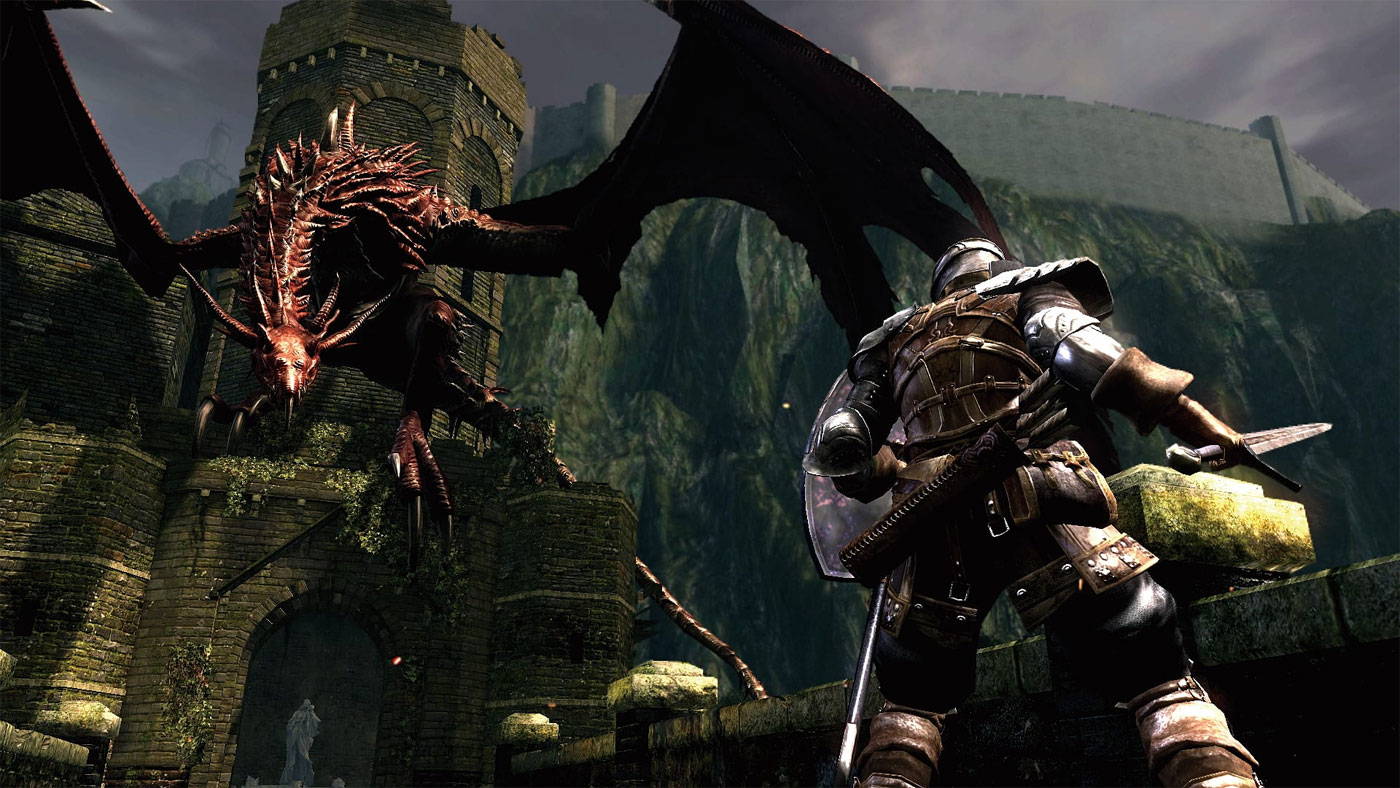 Your run-of-the-mill hard modes involve stacking the deck against yourself in every way possible, beefing up enemies to unreasonable levels and sapping the player's power tremendously. It's a level of difficulty that can only be described as unfair, and I honestly almost never bother with them nowadays. On the contrary, Souls games are built one way but give you every tool you need to learn to overcome their biggest challenges. While you do battle against some innate clunkiness here and there on your road to conquering bigger and badder enemies during your epic journey, the overall experience has a distinct fairness that creates a much more satisfying immersion.

Hard modes like the above aren't for me at all, yet I have been gravitating towards these FromSoftware games with an unquenchable thirst for more. It's no secret how the studio has refrained from altering its intended experiences, even in the wake of criticism and gamers arguing relentlessly with each other, but beyond all the noise lies a mostly good community with solid camaraderie among those who share a love for these titles. Sure, you get your toxic bad apples here and there, but where do you not get that on the internet? Furthermore, are these even people you want to be talking to anyway? I didn't think so.

At the end of the day, the only thing that matters is what you find enjoyment in. However, it never hurts to step outside your comfort zone and try something you never thought was for you, because you just might like what you find. I know I did and there's no looking back.