The student is becoming the master, slowly but surely, as the journey steadily approaches its end. 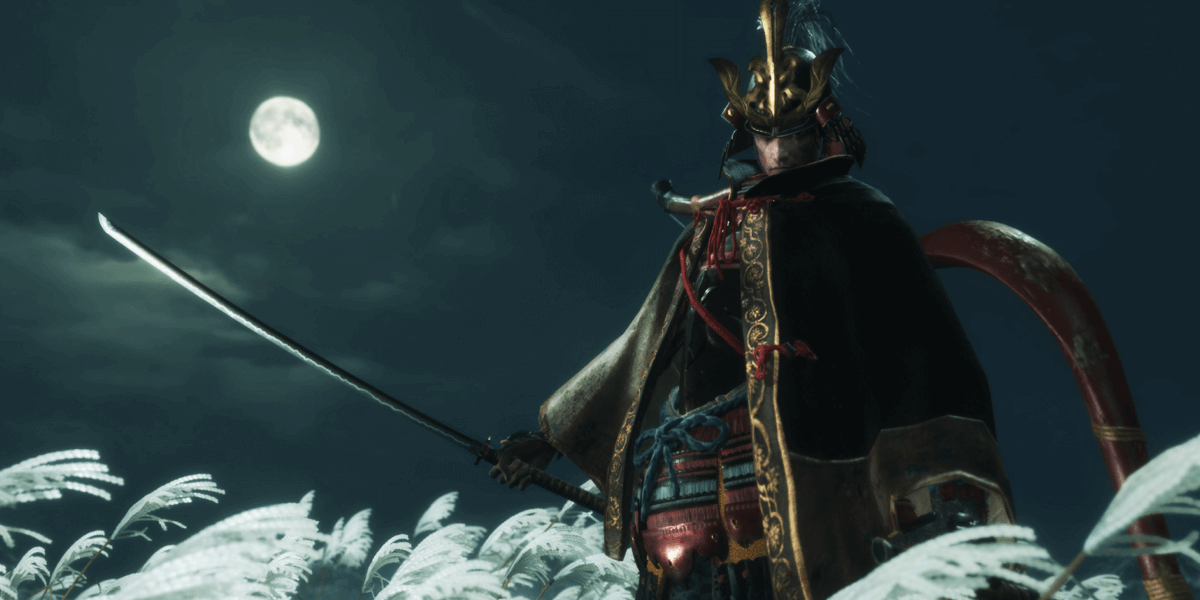 I finally hit my first real roadblock in Sekiro: Shadows Die Twice. I thought I had at various points before then, but it’s one of those things where you know it when you see it. Before we get into that, however, let’s take a step back for a moment. The beginning stretch of my run through this game, the first-ever FromSoftware title I have played, was a bit of a rollercoaster ride that eventually culminated in a whole lot of progression after some early stumbles.

After getting my ass kicked by multiple minibosses, I made surprisingly quick work of the game’s first two real boss encounters, Gyoubu Oniwa and Lady Butterfly, without too much hassle. Forging ahead, I got a bit ahead of myself and progressed as far as I could up into Senpou Temple before hitting a dead end, realizing there was still much left to do back at Ashina Castle by following the main story. I guess that comes with the territory of the game opening up a bit at that point. Either way, I figured out where I should be headed and set out to make my way up the castle.

The trip to the top had its difficult moments, such as the projectile-throwing rooftop ninjas (which I eventually learned are replaced by much tougher enemies later on), but progress remained smooth overall until I came across the Ashina Elite, Jinsuke Saze. My recent confidence in pushing through this game was quickly shattered by this miniboss’ fast strikes. The enemy had a tell – a quick gleam of his sword – before he would rapidly strike for heavy damage, but I was finding it difficult to take advantage of this. My reaction time was just off and I found myself messing up far more often than I was succeeding. I wasn’t sure if my current skill level would cut it for the challenges that lie ahead.

Part of the problem was conservatively waiting for him to charge forward instead of staying up close and keeping the attacks rolling. Sekiro does remind you time and time again that aggression is your friend, though one boss later on certainly challenged this notion. By heeding these reminders, this foe soon met his grisly end. Relief washed over me, but it became clear that this journey is bound to get bumpy at times as I push farther ahead. As it turned out, however, this miniboss was not my first real roadblock. 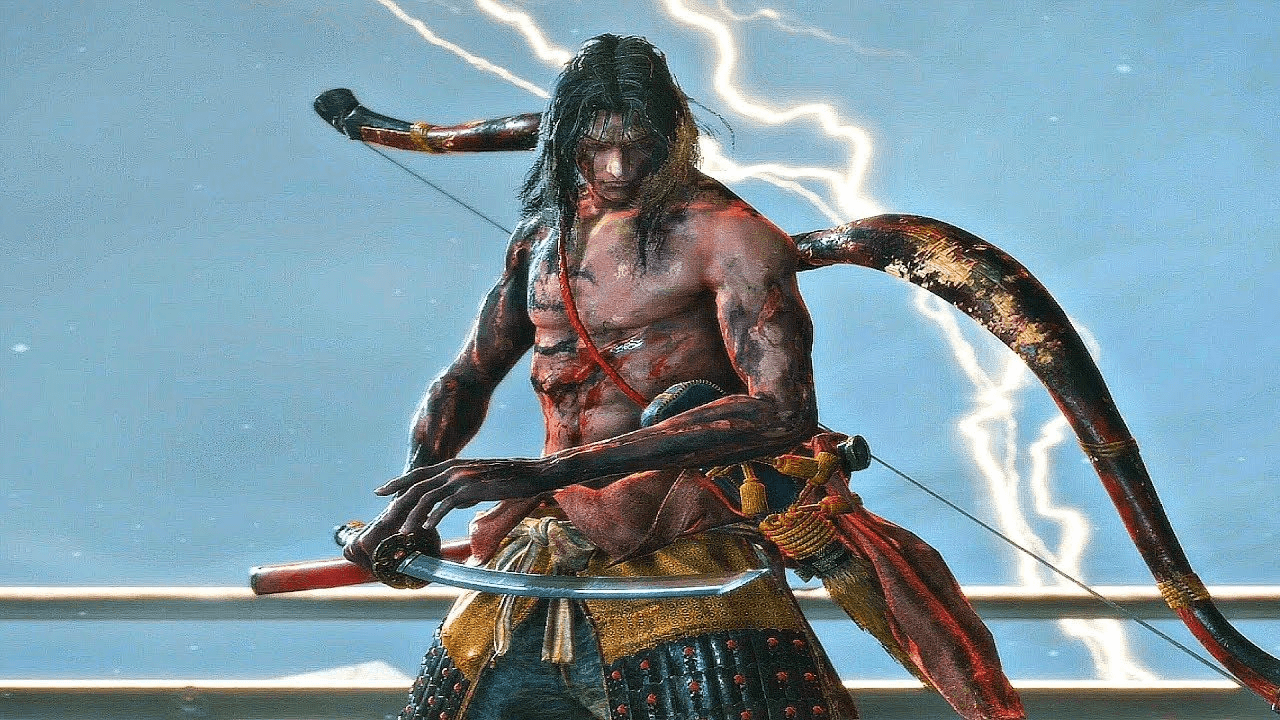 Enter Genichiro Ashina, the son of a bitch who took off my arm at the beginning of the story. He would soon take more from me, most notably my patience and optimism about being able to complete this game. This boss is a three-phase fight and misreading his attacks costs most of your health bar, making it mandatory to not only learn how to react to each of his patterns, but also execute those tactics for a sustained amount of time. Naturally, the final stretch of the fight changes things up and makes it that much more painful to die on when you have to start from the beginning every time.

Even when I had the first battle’s patterns down to a science, it was far too easy for an attempt to go awry with one mistimed button press or, forgive me for pointing it out, one not-so-responsive user input. There’s a particular amount of frustration that goes along with seeing an ability happening, knowing how to respond to it, mashing the button, and it just not happening when it needs to.

Whether the jump or Mikiri Counter doesn’t go off due to needing to wait for a couple frames of the guard animation to finish or what, it does not feel good as a player when you react in time but the input doesn’t let you perform the action. Don’t get me wrong, I hit the wrong buttons at the wrong times very often, but when I feel like I nailed the proper reaction and get punished anyway, it can be slightly frustrating, to say the least. And by slightly frustrating, I mean totally rage-inducing, of course.

This battle is the first time I had to shut down the game and take a real break to try again later. I’m a particularly stubborn type and tend to bash my head into it for as long as it takes, but I really had to stop and I wasn’t even convinced I was going to return to the game at all. However, after only an hour, I did just that and I found myself finally successful after a small handful of additional tries. Mentally, I chalked this one up to the cold I’m battling in the real world and decided to continue this journey a little less confident than I was going into that fight.

Finally achieving this victory did allow me to finish up the Senpou Temple and the Folding Screen Monkeys encounter, which I got through on the first try, and I soon set out to the Sunken Valley to find some necessary ingredients to progress the story. The long road took me through a number of challenging areas, complete with their own minibosses, but I found myself much better at deflecting and dodging attacks after the Genichiro experience. Thus, progress remained steady and I eventually found myself facing down another big bad, one whose moveset is simultaneously gross and hilarious. 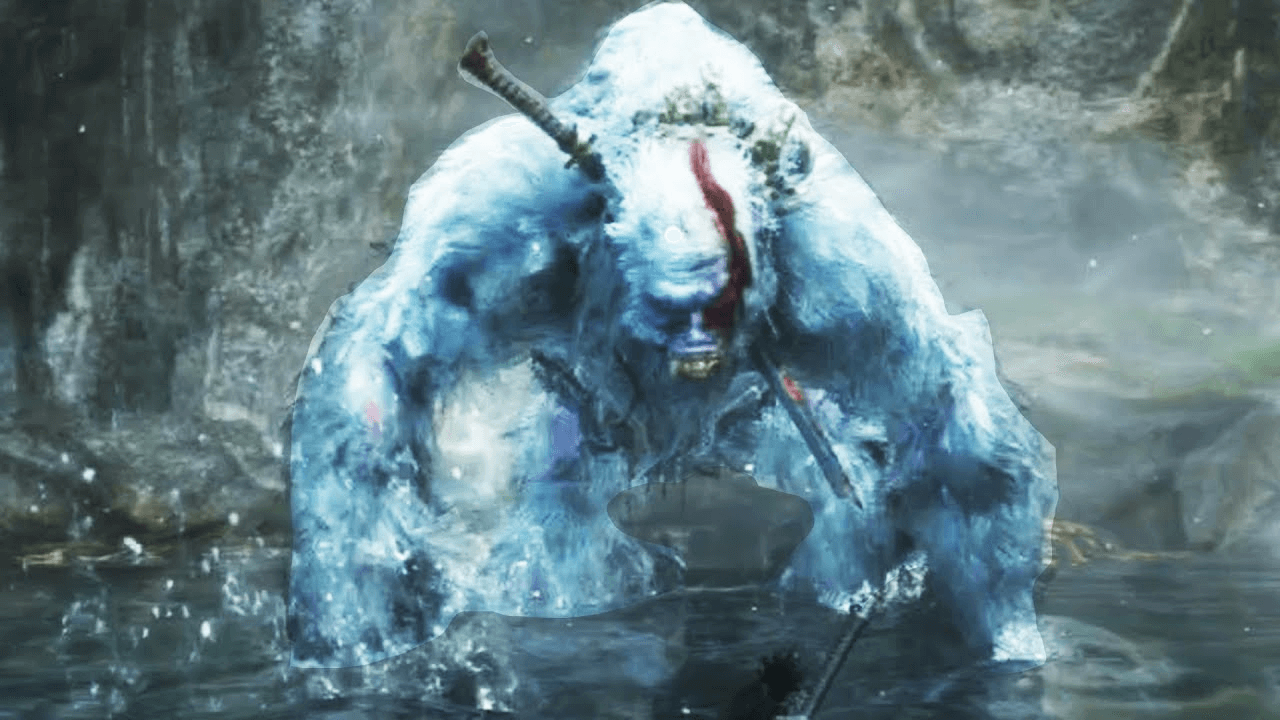 Remember when I mentioned that one boss turns the notion of staying close and aggressive on its head? Meet the Guardian Ape, a large and unruly beast that literally farts on and flings poo at you, among other less humorous (but still painful) attacks. This is hilarious at first, but poison damage is no joke!

Interestingly, the strategy I found working most effectively was doing a whole lot of running and only striking at predictable, opportune moments. It took a little work, but this beast soon fell not once or twice, but three times in total after another surprise encounter later on, with a twist of its own. They really made me deal with this monkey's spouse at the same time. At least that one didn't throw poo.

The road has been tough since Genichiro, but not nearly as unforgiving as that battle. I fought my way all the way to the Corrupted Monk, who stood guard at the cave housing one of the ingredients I was tasked with collecting. This illusion offered a fairly straightforward battle and was defeated after only a handful of attempts, no more than five or six, making it clear that my earlier roadblock was more of an anomaly than my defining experience. I am certain that some enemies even tougher than Genichiro lie ahead, but my current feeling is that they too can be overcome.

As it turned out, I was apparently well on the road to the more complicated “Return” ending through my side questing, so I took a few detours to collect a couple more items and finally got an oh-so-satisfying deathblow on a Great Serpent along the way. Since then, I have made another choice that has sealed the deal on my chosen path to the end of the story, as I now stand before my next challenge in an old ally-turned-adversary. Shit is getting real.

Victory here will propel me into the final stretch of Sekiro: Shadows Die Twice and I feel cautiously ready for whatever it throws at me. Just a couple days after being ready to shelve this game for good while attempting the third boss, here I am inching closer and closer to the finish line. I just might complete this journey after all.