The Purge Season 2 Episode 2 Recap: Everything is Fine

Time for cleaning up and getting back to some normalcy, or is it?

This week’s episode of The Purge TV series finally delivers what some of us have been wanting to see throughout the film and show: What happens when Purge Night is over? Last week’s premiere episode was an informative one. We learned details on what the rules are outside of Purge hours, a peek at what the NFFA does during the yearly event, and an introduction to our cast’s storylines.

It’s this week’s episode that shows us the calm after the chaos. It’s twelve hours later, the alarm has rung out informing citizens the purge is over, and people are emerging from their fortress-like homes to find carnage in their front yards. Fires are burning, property is damaged, and bodies lay on roads.

Enter the crew from Zippy Maids. They have the dirty job of cleaning up after the violent night. We see a cleaner wiping blood off a dining room table so that a father-free family can enjoy dinner. They are thorough removing the knife from his back, sterilizing it and replacing it back in its sheath. How's that for service? Once they place the bodies in black bags, they are then tagged and left by the curb so a body recovery service can come around and collect them.

While our characters from last week are relieved that the 12 hours of violence is over, the real challenge is upon them now. Not only physically, but also psychologically, they need to come to terms with what they witnessed and lived through. Everything can’t just go back to normal now, can it?

We know that Marcus works in a hospital. After he and his wife Michelle survive an attempted murder, he is reunited with the assassin in his own hospital. Despite the ER being crowded with both victims and purgers, Marcus attempts to get answers from the assailant. Unfortunately, just before he dies, he says the words “Ivory Road” before taking his last breath.

Surprisingly, we have a very quick character tie-in, with Marcus’ son Darren attending the same University as Ben and his former teacher being NFFA’s Esme’s friend. Having these connections this quickly is a change from last season. Darren then informs his dad that Ivory Road is a part of the Dark Web and they quickly discover that Marcus is on the dead assailant’s phone app, having a bounty of $75,000 on his head. He may have survived this Purge, but unless he can track down who ordered the hit, he could be a victim at the next annual event.

After stealing close to $200,000 in the bank heist, Ryan and his team realize their haul isn’t really a lot of money to go around to all parties. Since one member made the ridiculous decision to go back for another bag of money after the alarm sounded, the police arrive to arrest Tommy.

All of this is too much for the group, so they all go their own ways. No loyalty among thieves, obviously. We later learn that Ryan wanted the money for his mother, who is in a care home and no longer recognizes her son. This storyline is not as eventful as his introduction last week and the last we see of him this episode is when he delivers Tommy’s share of the money to his wife. 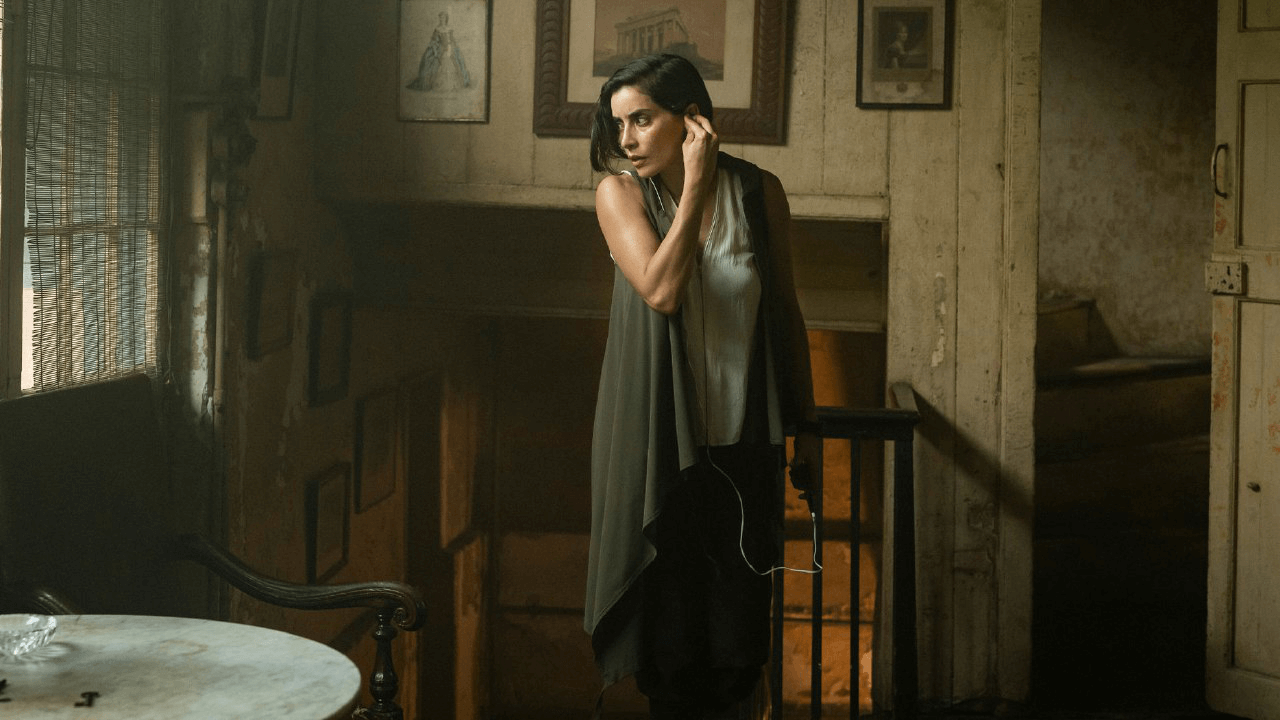 NFFA worker Esme is determined to find any clues regarding her friend’s death. If you remember, she has video footage and is certain there could be some conspiracy in play. After she downloads a copy of the video for herself, she deletes it from the company’s computer.

Not being able to concentrate on her job, she goes to her friend’s house and looks around for evidence that may have gotten the professor killed. Searching, she finds a secret step that, when opened, revealed a folder containing a recording device and some brain scans. We see the footage of a woman who is having a session, revealing she is obsessed with violence.

Getting out of the trap he found himself in last week, Ben makes it back to the fraternity to confront his friend, Turner, who left him. His girlfriend is also happy to see him. Despite surviving, it has done something to him mentally. He draws the mask that his attacker wore and becomes withdrawn and depressed, using a virtual reality Purge simulator to act out his frustrations. This week’s episode ends with Ben returning to the scene to pick up the bloody "God" mask that was left behind.

We are learning that certain cast members are not just random victims, but in fact planned hits. It’s bound to get more violent and bloody as the episodes continue, despite the Purge being over. Will Esme find out the answer that she is searching for? Will Marcus find out why he has a bounty on his head? Is Ben about to snap? Stay tuned next week for our recap of Episode 3: Blindspots.