Somebody at this toy company said his name five times and now here he is. 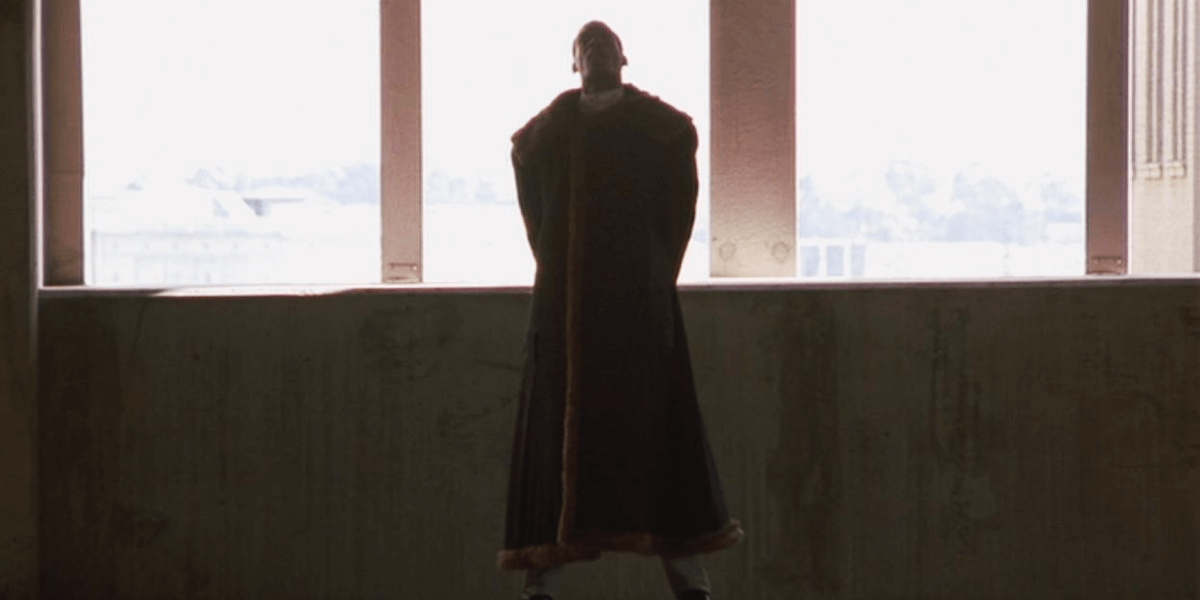 Well, it’s finally happened. NECA is bringing us Tony Todd’s Candyman in action figure form to store shelves this coming November. This is the first time the company has produced a figure for this character, so this is exciting news for those who have been waiting patiently for this one. Have a look below for all the details and images of the product. 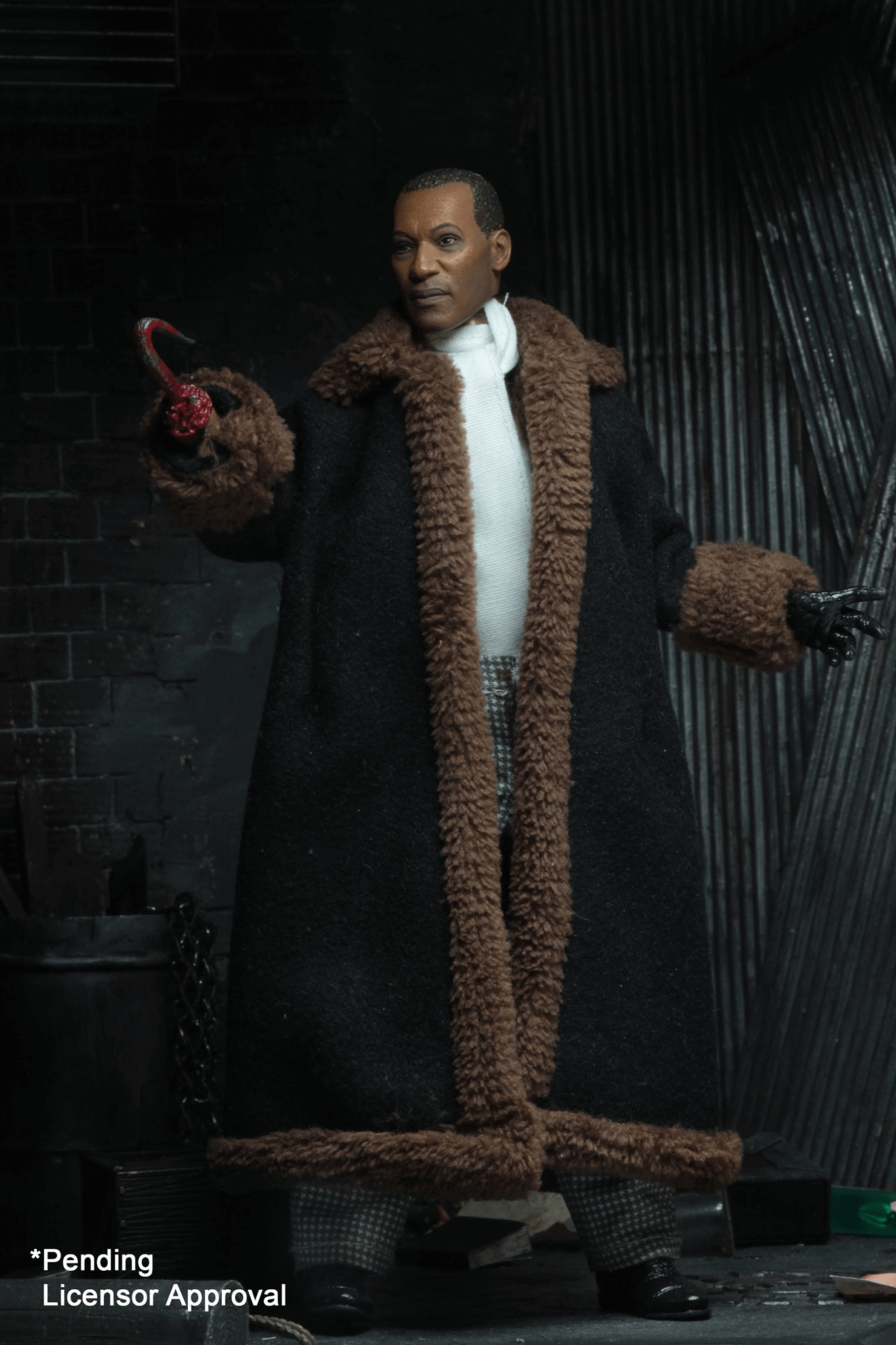 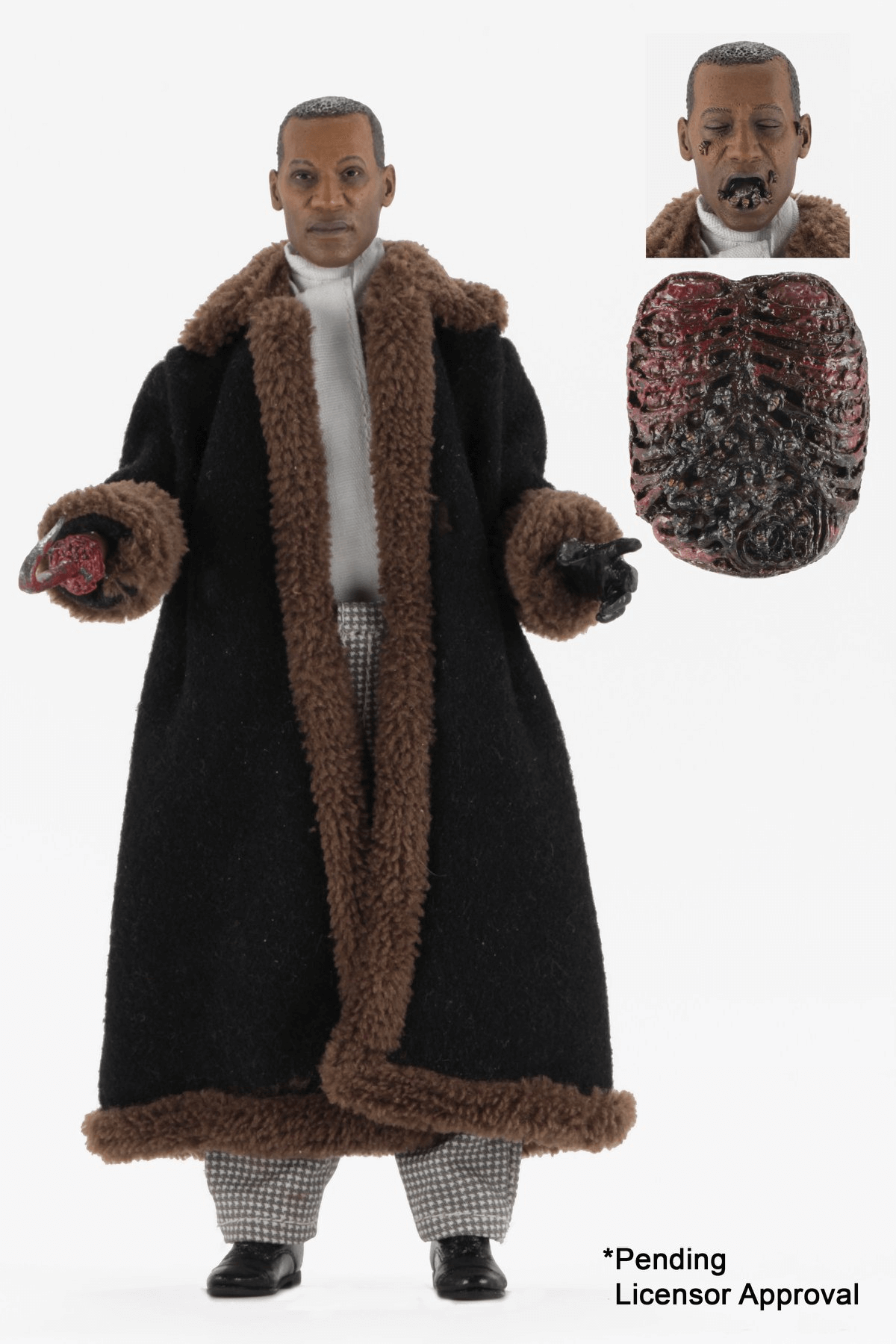 As you can see, the likeness of Tony Todd was replicated perfectly for this figure. Candyman towers at 8” tall and can be kept warm with his soft goods coat. The figure features two interchangeable heads, one with his regular expression while the other has him covered in bees, along with an attachable “bee swarm” chest. All of these goodies come enclosed in clamshell packaging and will arrive in November.

Candyman was a 1992 supernatural slasher film written and directed by Bernard Rose. The film starred Tony Todd (1990’s Night of the Living Dead) as Candyman, Virginia Madsen (1984’s Dune) as Helen Lyle, Xander Berkley (Terminator 2: Judgment Day, Air Force One) as Trevor Lyle, and Kasi Lemmons (The Silence of the Lambs) as Bernadette Walsh. The film was based on a short story by Clive Barker (Hellraiser), tiled “The Forbidden.”

The film is receiving a reboot, described as a “spiritual sequel” to the original, that will take place in the same Chicago neighborhood made famous by Tony Todd’s chilling rendition of the urban legend, Candyman, otherwise known as Daniel Robitaille. It will be directed by Nia DaCosta with a screenplay jointly written by Jordan Peele and Win Rosenfeld. MGM is producing and financing the film.

Production on the reboot is set to begin in the spring with a target release date of June 12th, 2020. We will be sure to provide you all of the latest details on this project here on Dead Entertainment.