Shout! Factory is bringing back these classic B-movies and preserving them with steelbook releases. 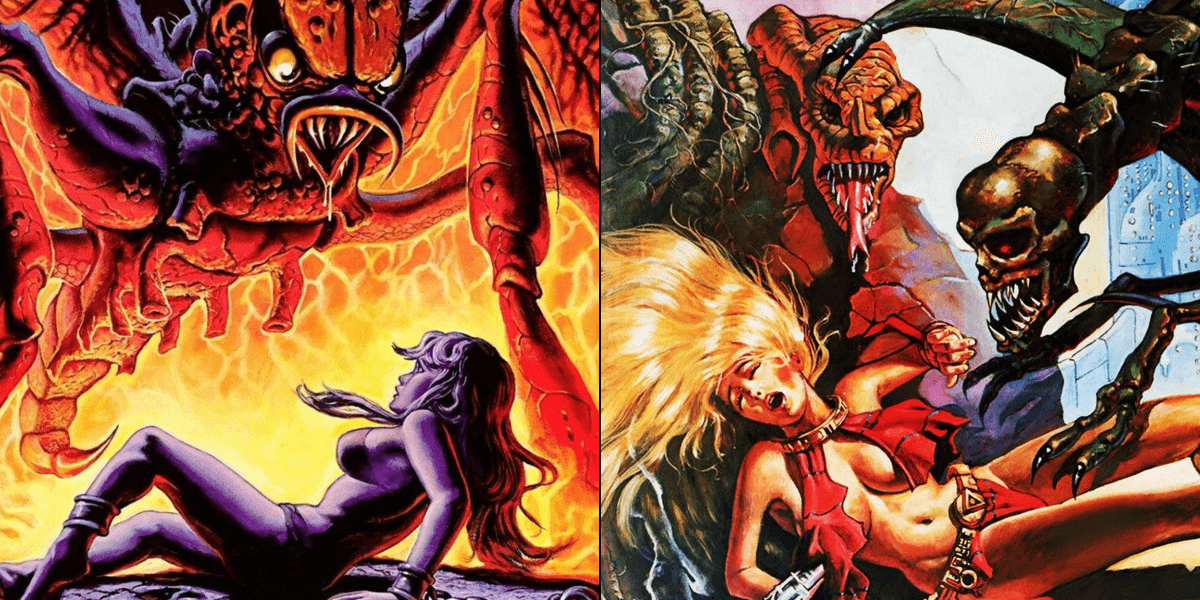 Get ready to return to the Galaxy of Terror and crash-land on a Forbidden World, where monsters lurk and humanity is not necessarily welcome. We are pleased to announce that Shout! Factory is bringing back these classic Roger Corman-produced films in a big way by presenting them with brand-new 4K scans. Check out the official details for each title below, along with the release specs.

For those who have seen this movie, Galaxy of Terror was obviously inspired by Ridley Scott’s Alien, which is celebrating its 40th anniversary this year. The Bruce D. Clark-directed film, which happens to be his last credited work, starred Edward Albert as Cabren, Erin Moran as Alluma, Ray Walston as Kore, Taaffe O’Connell as Dameia, Bernard Behrens (The Changeling) as Commander Ilvar, Robert Englund (A Nightmare on Elm Street) as Ranger, and Sig Haig (3 From Hell, The Devil’s Rejects) as Quuhod.

As mentioned above, the official street date for this item is August 13th for North America. The film will receive a brand-new 4K scan and all of the bonus features from the previous Blu-ray release from the retailer will be transferred over.

Galaxy of Terror will knock you down $24.99 plus the cost of shipping. If you’re interested in acquiring this item for your collection, head on over to Shout! Factory today!

As mentioned above, the official street date for this item is August 13th for North America. The film will receive a brand-new 4K scan with the Director’s Cut getting a brand-new 2K scan.

Forbidden World is priced at $24.99 plus the cost of shipping. If you’re interested in picking this item up, pre-order it from Shout! Factory today!

Which one of these are you adding to your collection, or are you adding both to your cart right now? We’d would love to hear from you in the comments below or on any of our social media accounts!