Skybound Pulls the Plug on Overkill’s The Walking Dead

This multiplayer zombie shooter is officially dead in the water. 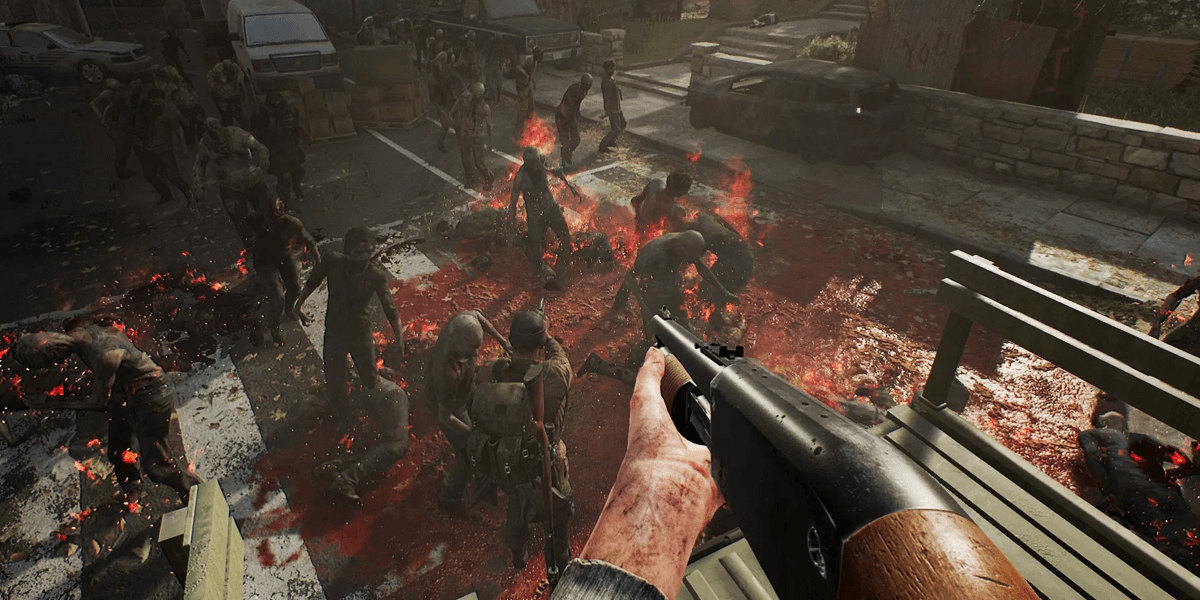 Update: Skybound has issued a statement of its own, which has been added below.

If cancellation fears weren’t enough to sink OVERKILL Software’s The Walking Dead, Robert Kirkman’s Skybound Entertainment has put the final nail in the coffin for the embattled video game. Following a relatively poor reception after its initial PC launch, the game’s console release was eventually delayed indefinitely as the team scrambled to pick up the pieces and figure out where to go from there.

Due to the delay, refunds were issued for existing pre-orders, which led to speculation that the console releases might not happen at all. Interestingly, publisher 505 Games issued a response to insist that the game was not cancelled and was still merely delayed, but now the narrative has taken yet another twist. The “still delayed” talk may have been true at the time, but it would now appear that the console release, as well as all future content, has been cancelled for a different reason altogether: Skybound has terminated its contract with the publisher effective immediately.

The company issued the following statement on the discontinuation of OVERKILL’s game and it certainly does not mince words regarding the disappointment surrounding it.

Skybound followed up late in the day with a statement of its own, indicating that the team is trying to reach a solution with Skybound to allow the game to remain available for sale, despite how unlike that seems at this time. You can read that below.

At this point, it’s safe to assume that this termination means a full stop to all efforts on the development of this game. That would not only include the console release, but also any future content updates that have been planned out up until this point. Needless to say, unlike the recently deceased in Robert Kirkman’s apocalyptic world, this game has no hopes of being resurrected in any capacity.

Regardless of this title’s untimely fate, you can be sure that we will continue to cover all the latest news and updates on The Walking Dead franchise right here on Dead Entertainment.