The Interactive History of Dark Hill Museum of Death

This experience is best described as an interactive history lesson as opposed to a game. 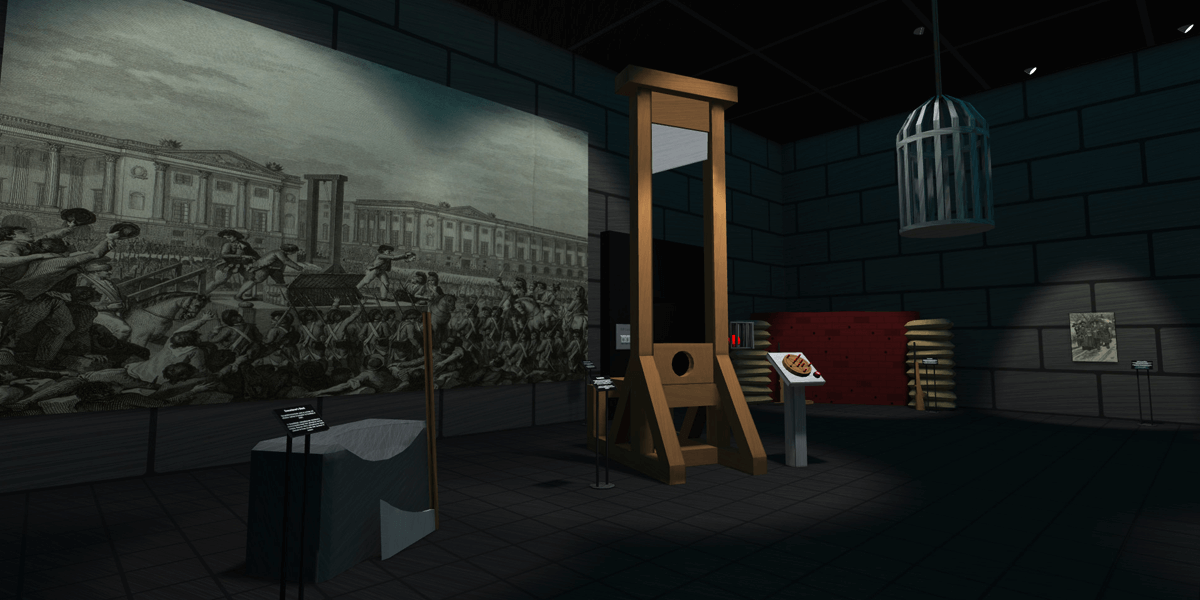 Late last week, we were sent some Steam Keys to try out this little indie game called Dark Hill Museum of Death. It’s billed as a puzzle game and I kind of dig those, so I decided to give it a go. I didn’t know much about the game going in, mainly because there isn’t a whole lot to learn about it. Each room has a handful of puzzles to solve and some facts about death throughout the centuries. The facts are pretty interesting. There are also some pieces of classic artwork, paintings, and depictions of certain historical events, which was probably my favorite part of wandering around the museum.

As I said, each room has features puzzles. Some are to open doors to other rooms and some open a cage to let you retrieve a red orb of some sort. One is also more of a mini-game than a puzzle as well. They are all very simple and shouldn’t take you any more than a few minutes to figure out. Ideally, this would be a great game for younger kids, as it features great little puzzles that will improve their problem-solving skills. If they are into history or darker, macabre things, the factoids and pictures throughout the museum are sure to delight them. An adult can blast through this game in under an hour at 100% with all the achievements, so there's not much of a challenge there.

There is no reason to revisit the game after you finish it once, which sort of makes the $2.99 price tag a little steep. The developer should consider marketing it towards younger kids (under 10 years old perhaps?) to maximize the target appeal for this game, because I don’t think most adults are going to get too much excitement out of it other than appreciating some of the art on the walls and the facts. This seems to be Dan Ruscoe’s first game and for that it is a great simple first entry. Hopefully, Dan is working on some more unique content for the future that ups the challenges for adults. If this game has one thing going for it, it is its uniqueness and that is something I will always admire when it comes to indie games.

In the end, adults won’t get much of a challenging experience here, but if you want to support a little indie developer, I say drop the $3.00 and give this game a go, since it won’t take you longer than an hour to complete it. You might appreciate its simple charm and see how a young child might benefit a lot more from its simple puzzles and interesting factoids spread throughout the game. I could definitely see a parent sitting down with his or her child to run around this game learning a little bit, all the while figuring out some fun little puzzles along the way.