Review: The Theatre of Terror is a Charming Throwback That Occasionally Stumbles But Never Falls

This film is an example of independent anthology horror done right. 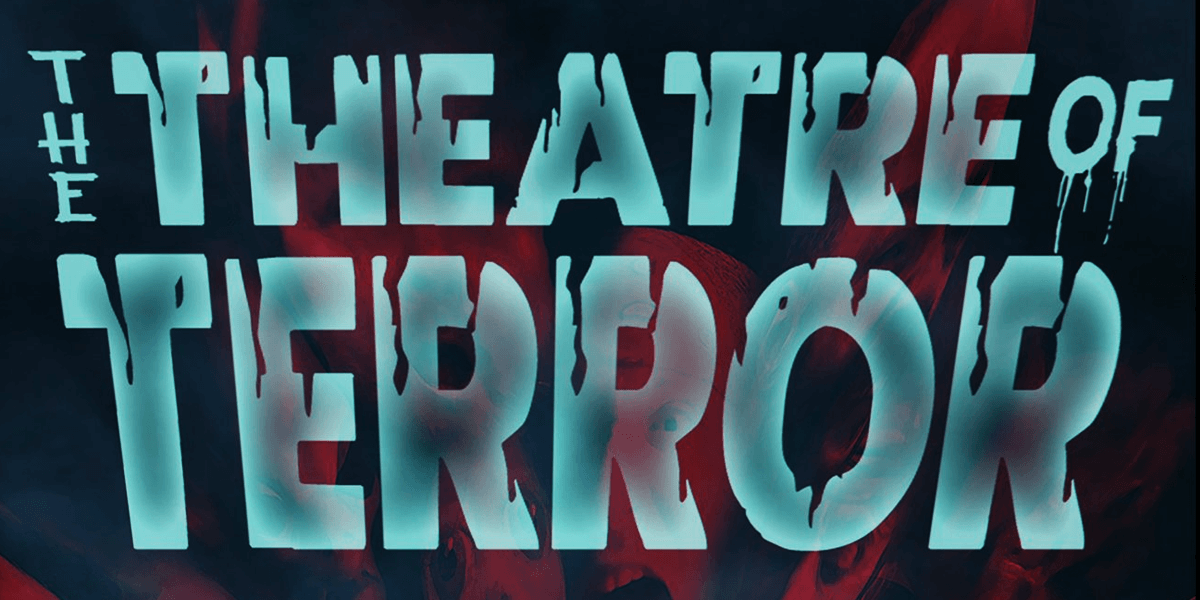 Two things that I really love in this world are indie horror films and horror anthology films, although good indie films are few and far between, while anthology films are not easy to pull off. I can’t really think of the last time those two worlds crossed to bring us something wholly unique.

Enter filmmaker Tom Ryan, a northern New Jersey local, to fix that particular issue with his independent film, The Theatre of Terror. Being from the same area, I have seen this film and his name pop up quite a bit. I was unable to attend the premiere of this film as planned, but thankfully, I was lucky enough to be sent the movie by Mr. Ryan and I wasted no time diving in. At the time, I was going in completely blind, not knowing anything about the film.

It doesn’t take long before you are thrown into the first of four segments from our host characters. This pair isn't integral to any segment, but help introduce them. Each segment seems to take place in the same world, very similar to Trick 'r Treat, but they are each their own contained stories. They are simplistic in nature and they mostly take influence from sci-fi stories of old, very much in the same vein of The Twilight Zone or The Outer Limits. Blood and gore isn’t the purpose of this flick, but rather it serves as a reminder of times gone by. It’s a charming throwback in every sense of the word that is beyond refreshing to see emerging from the indie horror scene. That, however, does not make it perfect.

While the acting, which, let’s face it, is awful in most indie flicks, is surprisingly impressive for three of the segments, it does fall a bit flat in the final one. The cinematography is exceptional and I must give praise in particular to the piano score during The Bookworm.  Thankfully, The Theatre of Terror does more things right than it does wrong. 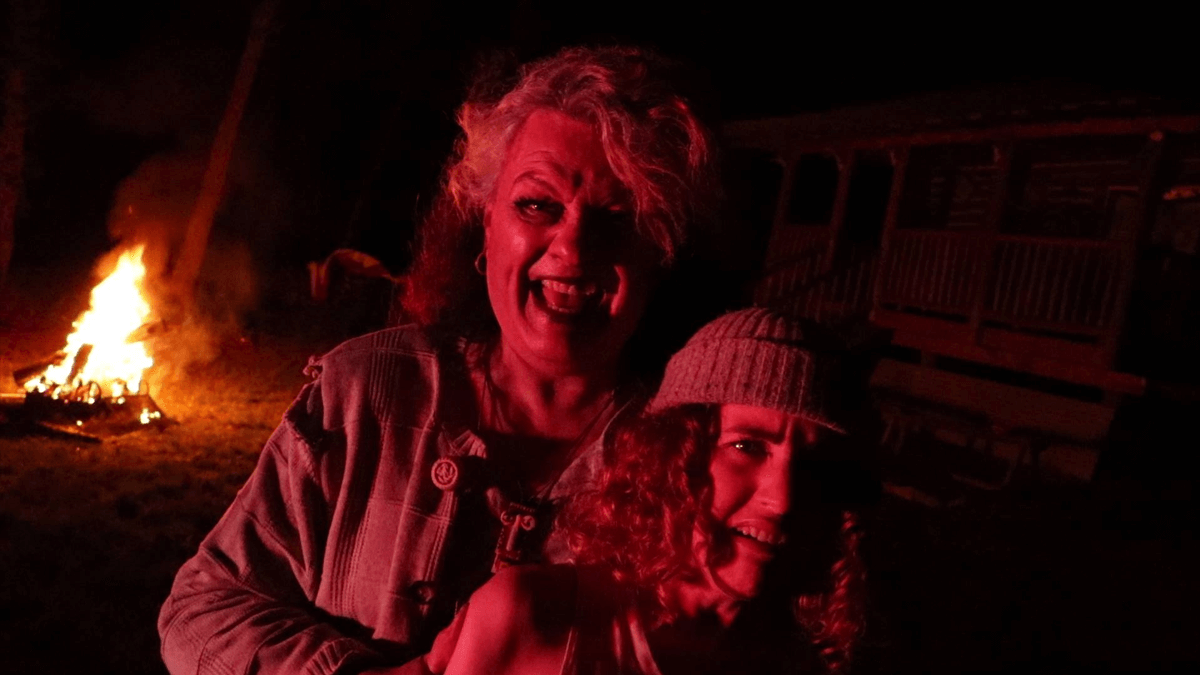 The first segment is titled The Gift. It is a simple story of a wife and mother who lost her way and has resorted to a less than desirable life to survive. You immediately notice that the acting is way above the standards for an indie horror flick, which honestly helped draw me in. That was good considering the foundation of this story is a little clustered.

It doesn’t take you long to see similarities to old creepy Twilight Zone tales in this segment, and as you are piecing together what you think is going to happen, it eventually does happen but you don’t feel cheated even though you could see the ending coming from a mile away. The nostalgic charm that is attached to The Gift helps alleviate those cheated feelings, not to mention that the actual gift depicted is just down right creepy. The Gift was a strong opening story that demonstrated restraint from going too far over the top and respect for keeping it simple like the tales of old it clearly pays homage to. 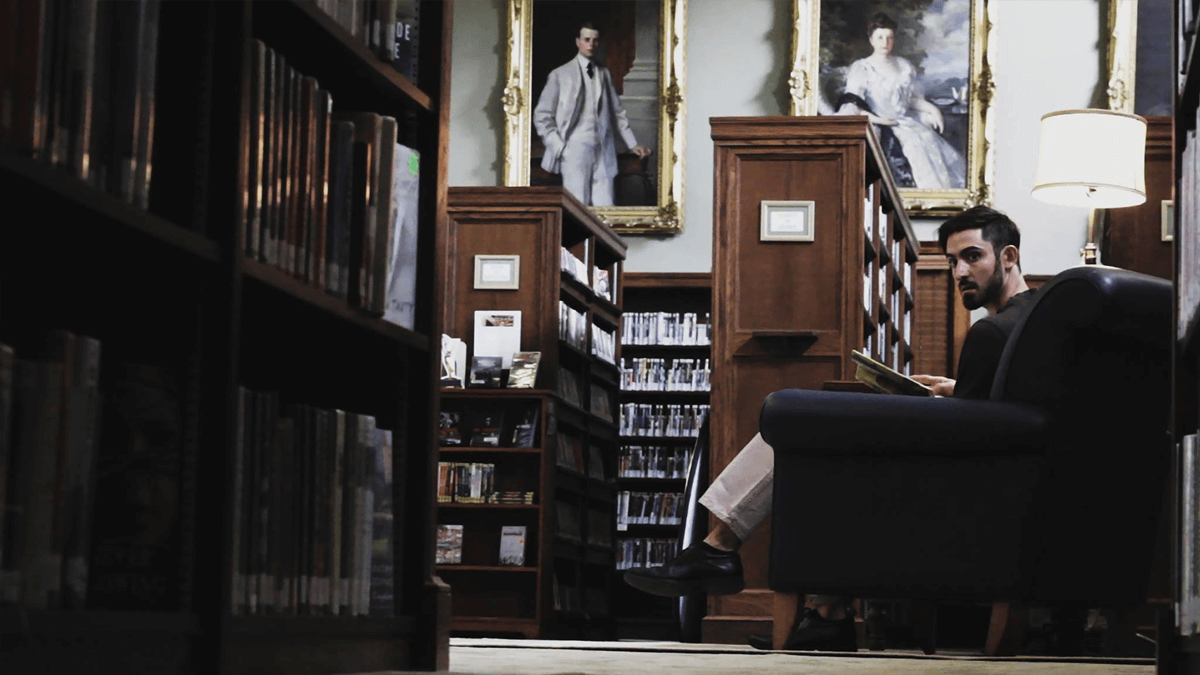 Up next is a deliciously slimy tale entitled The Bookworm. As soon as I realized this story was taking place in a library, my mind instantly recalled “Time Enough at Last,” a classic Twilight Zone tale, though this story doesn’t quite play out the same (though in a twisted sort of way, it kind of does). A man eager to only read finds solace in his new library investment and as his new library draws him in further and further with the allure of all its wonderful books, he becomes aloof to the strange viscous slime appearing everywhere.

I had mentioned earlier that this segment leans heavy on a wonderful piano score and that can’t be overstated. It lends to the atmosphere of this story so perfectly, I can only imagine that piece of music was written specifically for this tale. Sans a particular scene that drags on a little longer than it should have, The Bookworm is a delightful little tale about not allowing yourself to be consumed, lest you risk becoming something you never thought possible. 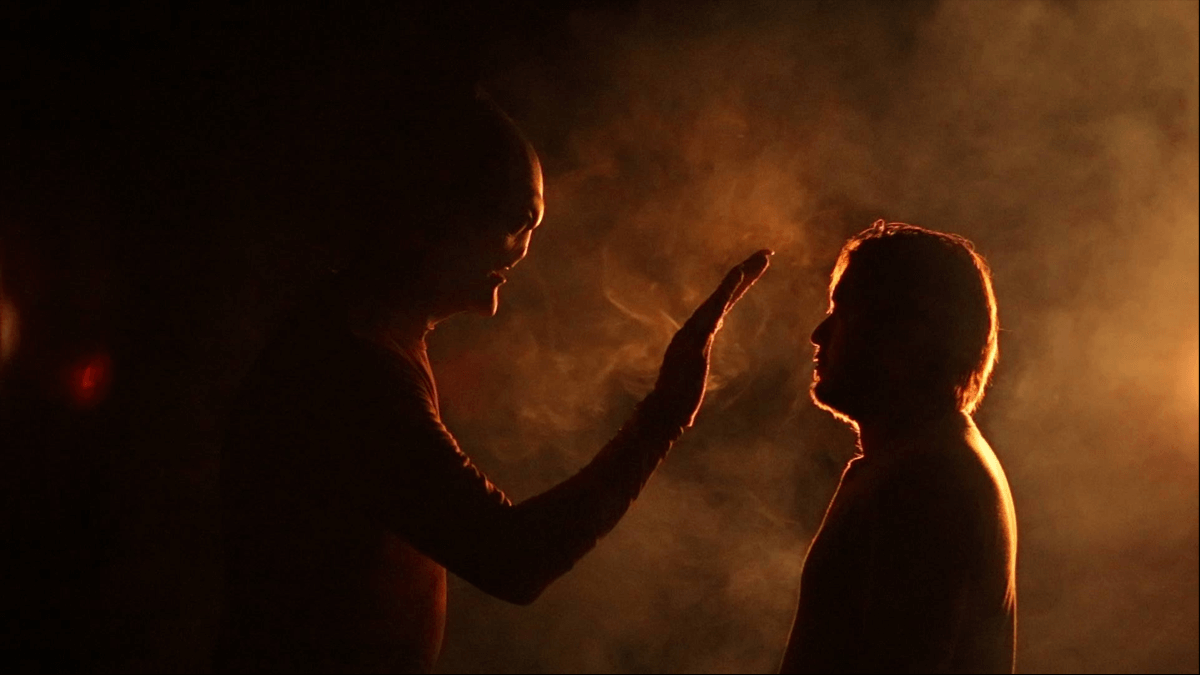 The third story up is a good, old-fashioned alien story entitled Abducted. Right off the bat, you can see the actors playing it up a bit for that classic cheese feel and it is so wonderfully appropriate for this particular story. As the tale continues, you seriously can’t get a grasp on where this particular story is going to take you. All the actors involved play their roles so perfectly, especially when the payoff comes around.

You might be scratching your head in the beginning, but once you come to the tail end of Abducted, the acting style feels perfectly appropriate and had me grinning ear to ear in delight. This was easily my favorite of the lot with its blend of The Outer Limits and Tales from the Crypt. Cheesy cleverness is not a phrase I ever thought I’d be able to use to describe something I enjoyed, but here we are. 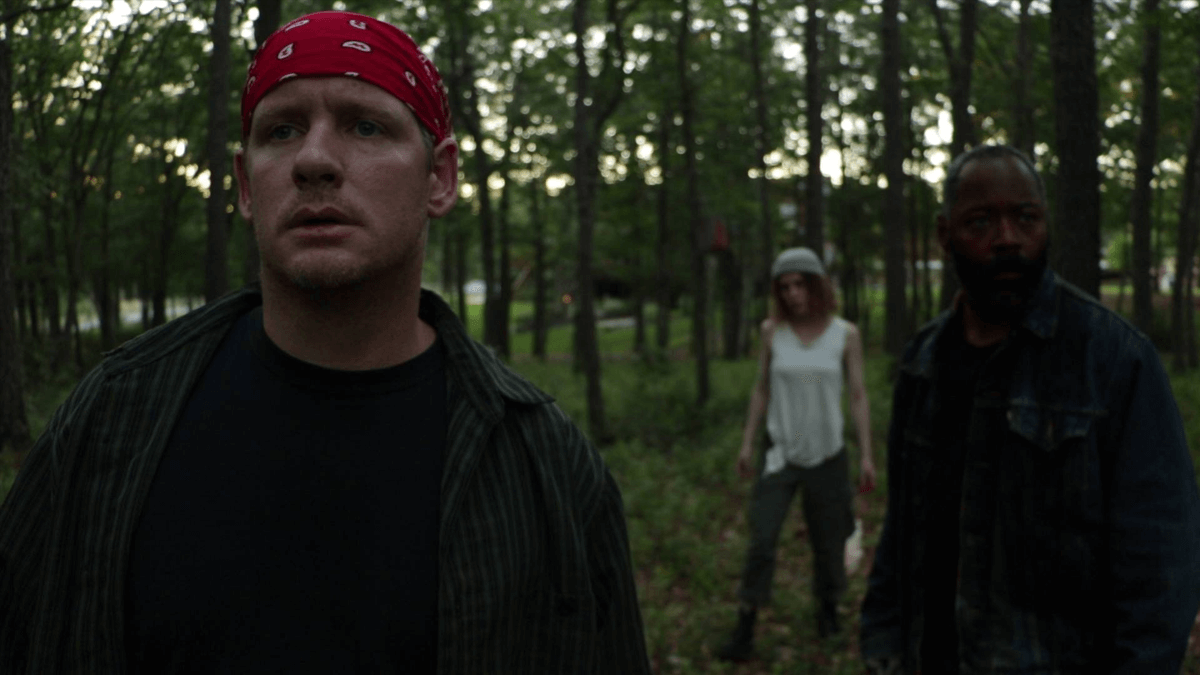 Rounding out our anthology of homage is story called Endangered and this is where things get hairy. While everything up to this point has felt appropriate and impressive in nearly every aspect, this one falls flat immediately. The news broadcast that starts this one off really sets a bad tone for the story moving forward.

Sadly, the acting is pretty rough, especially from the extras, and it leads to you immediately not being invested in whatever happens. The overall story is silly, and while this one delivers a bit on some blood, it would have served the overall movie better if it hadn’t. Overacting and poor practical effects (it's low-budget indie flick, so all is forgiven) become a curve ball thrown at you right at the very end and you just can’t quite figure out why.

Up until this point, everything has felt right. All the acting, the bits of cheese and camp, the music, and the stories have all fit neatly in this glorious little tribute puzzle, but sadly the final story comes in last in all of the aforementioned areas. This is an unfortunate way to close out the film, for sure.

The acting and camera work were impressive for an indie film. The score for The Bookworm is wonderful and the homage this film pays to classic horror and sci-fi anthology shows is beautiful.

The final segment is just not good. With overacting, poor story, and lackluster effects, this is the low point of the film.

At the end of the day, three out of four good segments is definitely impressive. When you take into account all the great things this flick manages to do, one failed segment can’t topple this little indie jewel. I was going into this thinking I was in store for another cliché, lackluster indie film, but came out genuinely surprised and delighted.

Tom Ryan should be proud of what he accomplished with The Theatre of Terror, as he has a good eye and some great ideas. We hope to see more from him and his team in the future.