The Ring Collection Coming to 4K Blu-ray for UK Regions

These Japanese horror classics are going to cause nightmares all over again. 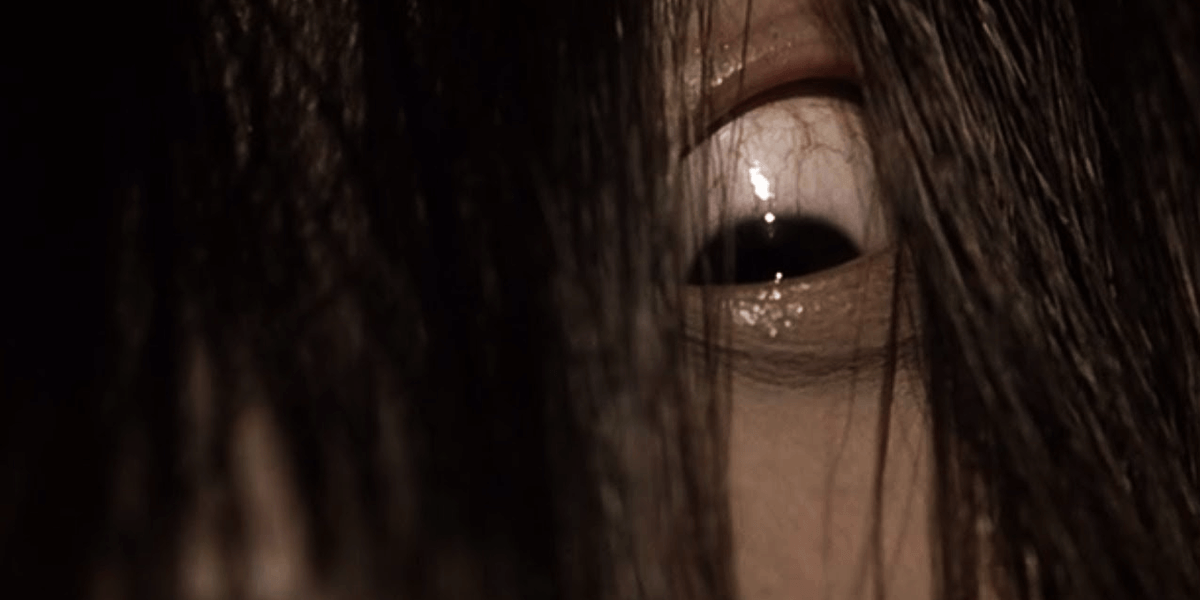 Arrow Video is proudly bringing us a brand-new box set for the Japanese version of The Ring film series, which is coming your way in the new year on March 18th, 2019. However, if you’re interested in this item, you should note this release is intended only for those living in the United Kingdom.

The series is memorable for practically defining the J-horror genre many have become familiar with today and inevitably spawned a few Hollywood versions, notably Gore Verbinski’s The Ring back in 2002. The films are based on best-selling novels penned by Koji Suzuki, who has written numerous books in the series from 1991 to as recently as 2013.

Check out the press release from Arrow Video and all of the details regarding this release below.

In 1998, director Hideo Nakata (Dark Water) unleashed a chilling tale of technological terror on unsuspecting audiences, which redefined the horror genre, launched the J-horror boom in the West and introducing a generation of moviegoers to a creepy, dark-haired girl called Sadako. The film’s success spawned a slew of remakes, reimaginations and imitators, but none could quite boast the power of Nakata’s original masterpiece, which melded traditional Japanese folklore with contemporary anxieties about the spread of technology.

A group of teenage friends are found dead, their bodies grotesquely contorted, their faces twisted in terror. Reiko (Nanako Matsushima, When Marnie Was There), a journalist and the aunt of one of the victims, sets out to investigate the shocking phenomenon, and in the process uncovers a creepy urban legend about a supposedly cursed videotape, the contents of which causes anyone who views it to die within a week – unless they can persuade someone else to watch it, and, in so doing, pass on the curse…

Arrow Video is proud to present the genre-defining trilogy – Ring, the film that started it all, plus Hideo Nakata’s chilling sequel, Ring 2, and the haunting origin story, Ring 0 – as well as the ‘lost’ original sequel, George Iida’s Spiral, gathered together in glorious high definition and supplemented by a wealth of archival and newly created bonus materials. 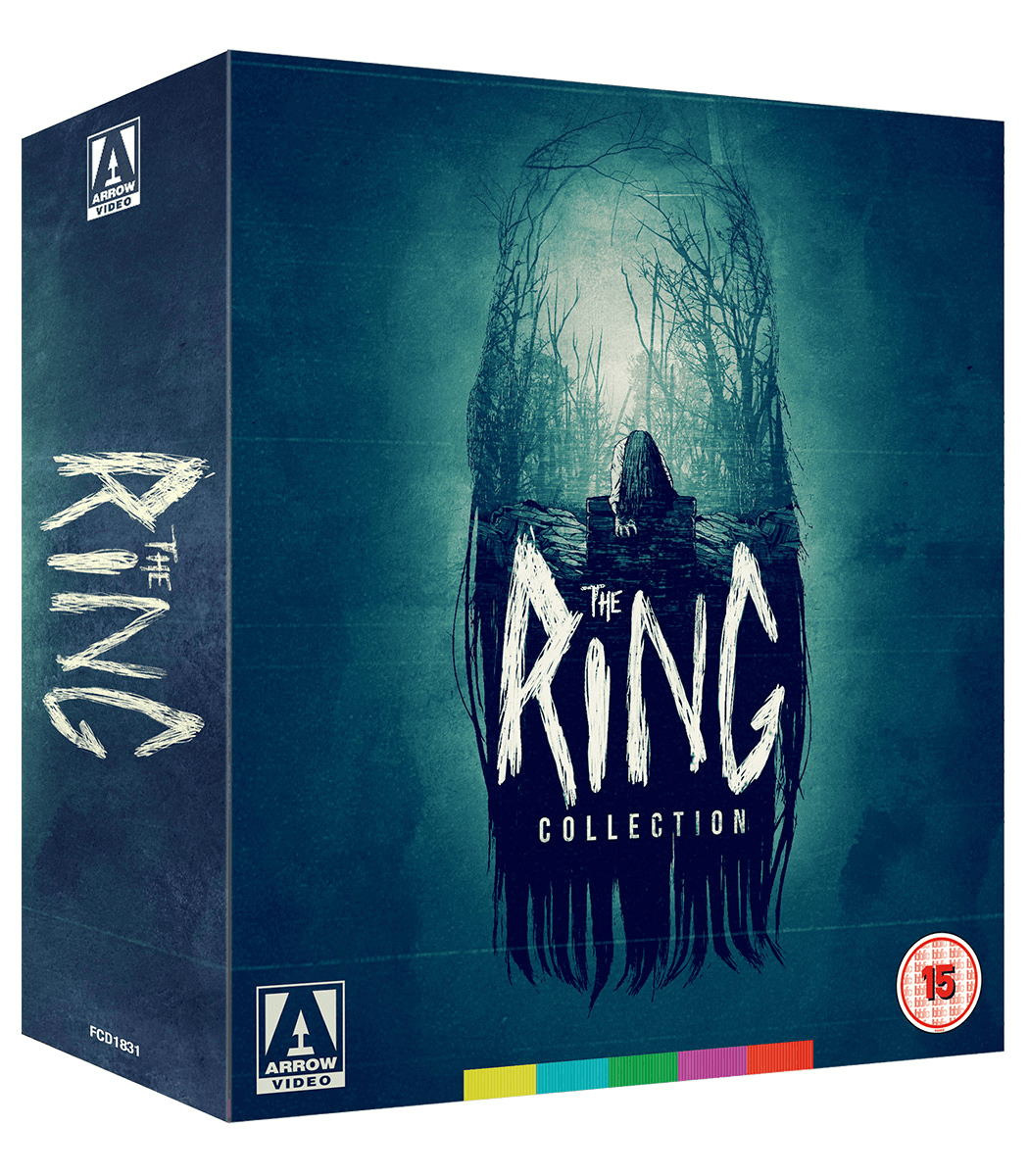 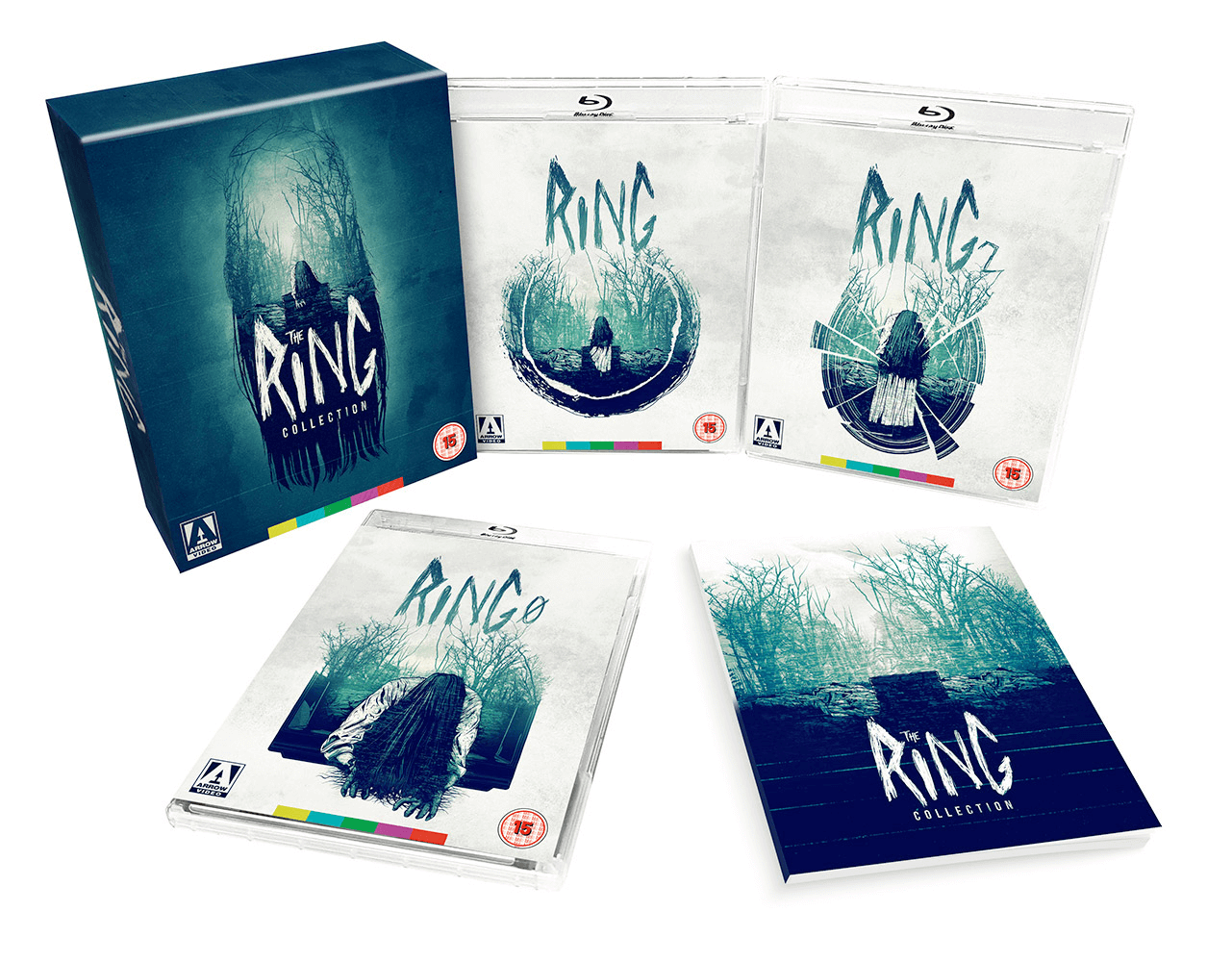 As mentioned, this item is intended for those living in the United Kingdom only and its scheduled release date is for March 18th, 2019. It’s priced at £50.00 Euro, which is equivalent to around $56.85 USD, plus the cost of shipping. If you’re interested in pre-ordering this item, head on over to the product page.

If you fancy just owning the first film in the series, Ring, there are a few options available to you. However, you should note these versions omit some of the special features exclusive to the box set collection above. You can either own it as a steelbook with an exclusive cover or as a regular Blu-ray, both of which are going for £18.00 Euro, or $20.46 USD, not including shipping costs. In addition, it’s also available on standard DVD as well for £12.00 Euro or $13.64 USD, plus the cost of shipping.

If you’re interested in grabbing any of the above, head on over to this product page and navigate to your preferred version.

Are you adding one of these items to your collection or do you wish Arrow Video would release them in North America as well? Sound off in the comments below or on any of our social media accounts!