Nostalgic, new, and overwhelming realism are the ideas that bring this project together. 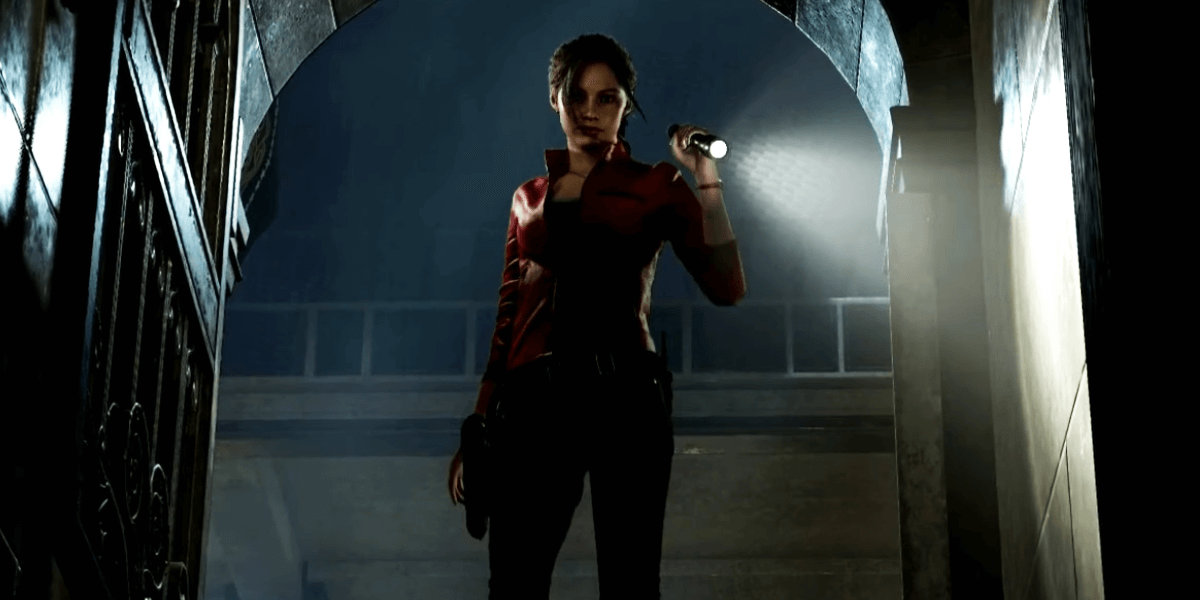 The 2018 edition of Capcom's Integrated Report is a lot to unwrap, covering many aspects of the company's overall business. Most notably among the key business interests this year is the upcoming, highly-anticipated remake of Resident Evil 2. The report features a very nice segment from producer Tsuyoshi Kanda, who dives into the fan reaction to the game, what factors have gone into its development, and the technology that drives its photorealistic sights and sounds.

Naturally, we aren't going to ask you to dive into over 100 pages of Capcom business reporting so we are conveniently including the sections of interest below.

Nostalgic and New, the Legendary “RE 2” is Reborn

“The zombies are horrifying!”

“It looks so real, it’s terrifying... But I can’t stop playing!”

These were just some of the player reactions at E3, one of the world’s largest game expos, held annually in the United States. When Resident Evil 2 (hereinafter, RE 2) was announced at the conference venue, the audience erupted with cheers. Lines formed at the Capcom booth, where attendees waited to play a demo version of the game. Fans who experienced this new horror cried out, “This is the Resident Evil I have been waiting for!”

The reaction was even more positive than we expected, energizing and motivating the development team. The original Resident Evil 2, released in 1998, is often called a masterpiece even today, 20 years on. It is no easy task to take that original title, and recreate it using current technology in a way that will satisfy both new and long-time game players.

However, it is because this was such a big challenge that our development team was all the more motivated to take it on. We launched into development of RE 2 with our minds set on satisfying the players’ expectations, and utilizing the best tools at our disposal to recreate the game anew.

Actually, around that time, many of us were working on Resident Evil 7 biohazard (hereinafter “7”). Survival horror game fans have more than one need. 7 attempted to provide the ultimate horror experience with an overwhelming sense of immersion using VR. RE 2 aims for horror and entertainment, a game that is both scary and exciting. Each pursues a different way to enjoy the game. I think the diversity of this series, while always centered on horror, is very appealing.

Sight and Sound: Depicting Horror by Appealing to the Senses with Overwhelming Realism

With this title, it was important to respect the original while making the newly rebuilt RE 2 enjoyable. To this end, in addition to the story, game system and visuals, we focused on the audio.

In terms of the story, we followed the original while creating an even stronger sense of drama. For the game system, to maximize the fear of being eaten by zombies, we employed an over-the-shoulder third- person perspective, enabling the user to see both the character they are playing and the attacking zombie.

For the visuals, we used our proprietary RE ENGINE to create a photorealistic world of horror that could be mistaken for live action.

This enables changes in sound in real time using binaural technology, enabling realistic audio that makes players feel as if they are actually there. Zombie moans can be heard to the right and left, in front and behind, affecting not only the sense of sight but of sound to make users experience a greater feeling of horror.

Going forward, we will leverage the marketing expertise we’ve accumulated thus far to promote the game in major regions ahead of launch, primarily at major events, in areas such as North America, Europe, Japan and Asia, as well as in the rapidly growing South American market. I hope everyone is looking forward to the rebirth of RE 2, which is both nostalgic and new.

Out of the first section, which focuses on the fan reaction to the game, it's interesting to note that the team is surprised by how positive the reaction has been, even when the approach from the get-go was to meet players' expectations. Finding the right mix of modern enhancements while keeping some of that nostalgia intact was a key ingredient and the team is excited to see it paying off with positive feedback.

The other segment highlighted the technology that has made all of the game's photorealism possible. Kanda discussed the team's use of the RE Engine as well as the studio's new 3D audio booth that is allowing them to use the sounds of the game to make it much that scarier. That is one element that most of us haven't been able to fully experience without getting hands-on time with the demo but it's certainly one of the lesser-talked-about parts of the game that could make a huge difference.

We are still a few months away from being able to get our hands on this game, but we have a lot to be excited for and fan reactions from playing the demo seem to very much agree.