Here's what you get for pre-ordering the remake's deluxe edition.

Over the weekend, Capcom pulled back the curtain on the deluxe edition of the upcoming Resident Evil 2 remake, revealing what you will be getting in-game and elsewhere when this game makes its January 2019 debut. Naturally, in true series fashion, you will be receiving some bonus costumes for both characters in the game, which are particularly interesting in this case, along with a number of other interesting goodies. Have a look at the full collection below.

One of the bonus costumes for Claire is the "Elza Walker" outfit. Long-time fans of the series may remember this name and look from the unreleased beta version of Resident Evil 2, dubbed Resident Evil 1.5 by fans. Back then, the game was far along in development before the concept was scrapped and Capcom settled on the classic game we all know and love, which is, of course, the one now being remade.

Claire also has a military outfit while her and Leon both have a special "Noir" costume. The latter very much gives us a vibe for The Evil Within. Leon's other bonus costume, the "Arklay Sheriff" outfit, pays homage to The Walking Dead and gives our rookie police officer the more polished look of Rick Grimes.

Also included in the deluxe edition is the Samurai Edge, which seems to always make an appearance in newer Resident Evil games, a reversible slipcover featuring Leon on one side and Claire on the other, and finally, a retro soundtrack swap that allows you play through this remake while listening to the classic ambience of the original game. That's a very nice touch.

Finally, a little off track from the subject of the deluxe edition, this weekend's new gameplay footage featured a familiar enemy we haven't talked about much yet: the Licker. Take a look at the below screenshot and get yourself hyped to face off against the terrors of Raccoon City once more. 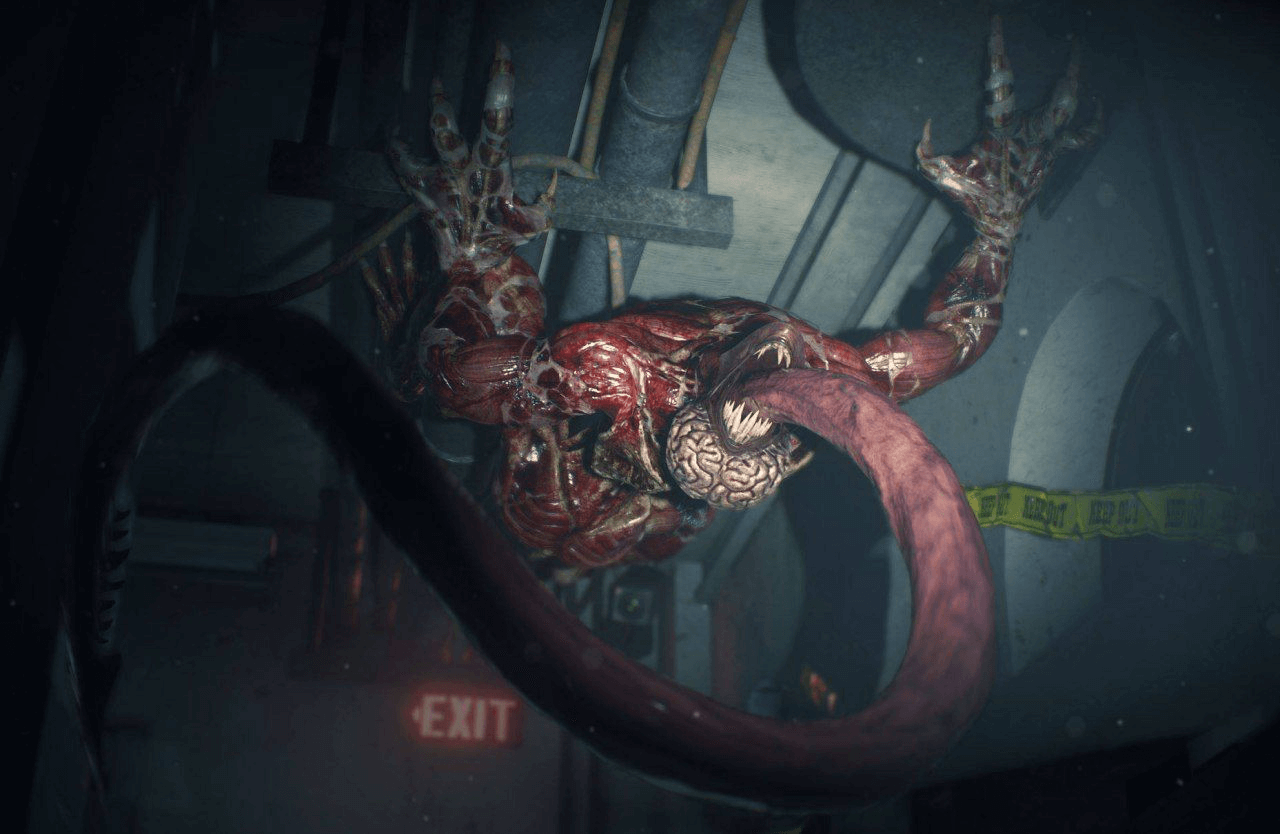