The actor dishes on the show's latest revelations for his character and what lies ahead. 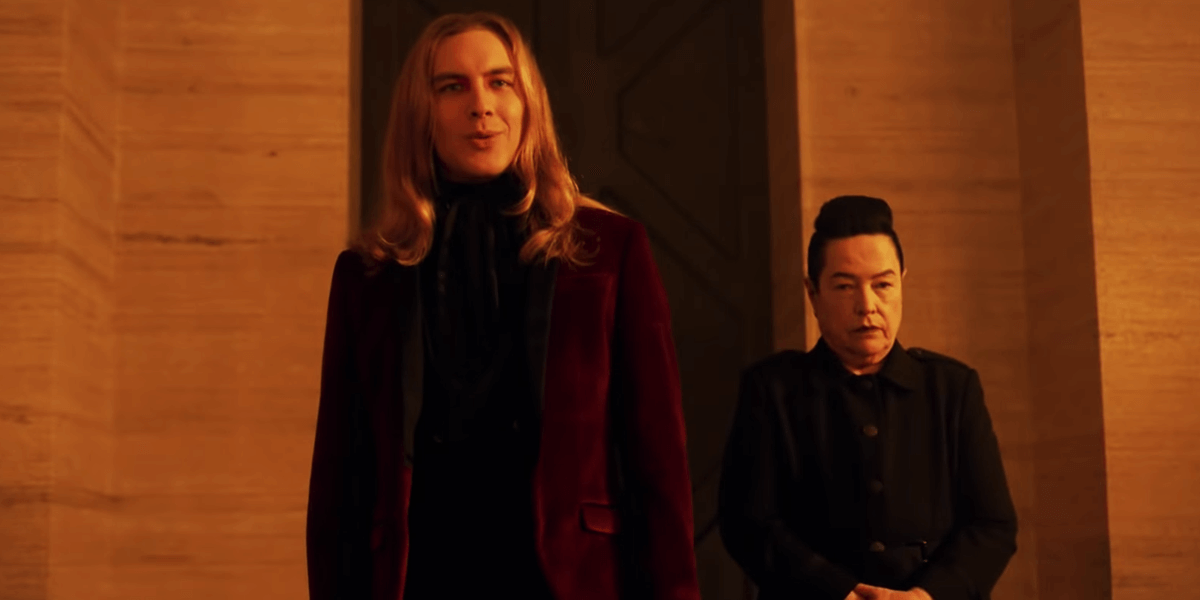 As we kind of expected when the idea of a Murder House and Coven crossover surfaced, American Horror Story: Apocalypse is bringing us a showdown between witches and warlocks in the wake of Michael Langdon's rise as the antichrist at the end of the world. The future hangs in the balance and this confrontation is showing no signs of disappointing.

Langdon actor and American Horror Story newcomer Cody Fern recently spoke about his role with SYFY Wire, discussing the core of his character along with inspirations from other stars such as Sarah Paulson and Kathy Bates. He had high praise for Paulson in particular, who helped him reach the point where he truly understood how his character thinks and what he represents.

It was like me discovering who Langdon was and how he operates and how alive he is or how manipulative he is. I got the entirety of the character from Sarah because of the power that she lent to Langdon and how she responded to him and her level of fear — it fed into my performance and it [helped] me to establish really who he was… Sarah is a real leader. She really embodies what it means to kind of lead the series. She looks out for every actor. She's always getting to the heart of the story. She has choices for every scene. She's endlessly fascinating.

Fern also dove into some of his character's backstory that was touched upon in last week's episode, also giving us a pretty strange timeline on how old Langdon actually is. This could also explain the character's volatile nature, as the actor explains below.

Knowing that we're going back and we're going to see who he was when he was younger and how he got to where he was. I think it's been important for me to kind of track his frame of mind and his motivations and really arc his journey because when we see him in Episode 4, you're landing with somebody who is 16 or 17 years old. He's a teenager... He's just coming to terms with his abilities. He's not necessarily aware of his purpose yet, y'know, as the Antichrist.

Kind of a big deal. He's also technically like six years old [in the timeline of the show], so he obviously grows at a very rapid pace. And although intelligence comes with that, his emotions and his ability to handle them is not fully formed yet. He's essentially got the emotional consciousness of a six-year-old. So he's volatile, very volatile.

There are a lot of interesting elements to the character that Fern is teasing as well, such as his perspective on the nature of man and what kind of perspective he has navigating this ruined world.

He is born with a purpose that he doesn't even understand, so he's got to come to terms with who he is and what his purpose is and who's to say that it's the wrong mission?

Here's the thing, when I'm playing Langdon, I don't think about destruction at all. I don't think about the end of the world. I think about the beginning. And he, Langdon, is taking the world back. Fate is communicating through him, but there is this sense that man has destroyed the Earth and… the image that God gave to man is clearly not working. People are killing each other, people are, etc. etc. And so Langdon leans into that, into the creation of that, into what's really in a man's heart, and if you ruin the world and you put everyone in a bunker and then you just slightly tempt them, how willing are they actually to survive?

And if that's their true nature, then who is to say that's the wrong nature? Only those who are strong enough to live in it will survive. And there's nothing wrong with that in Langdon's mind.

The development of Langdon and the twists and turns that Apocalypse has taken is making this an exciting journey so far. Fern is certainly nailing the role so far and is fitting right into this ensemble as the stakes continue to rise. We have a feeling that it's all leading to something big.