Find out what David was up to after Prometheus and before Alien: Covenant. 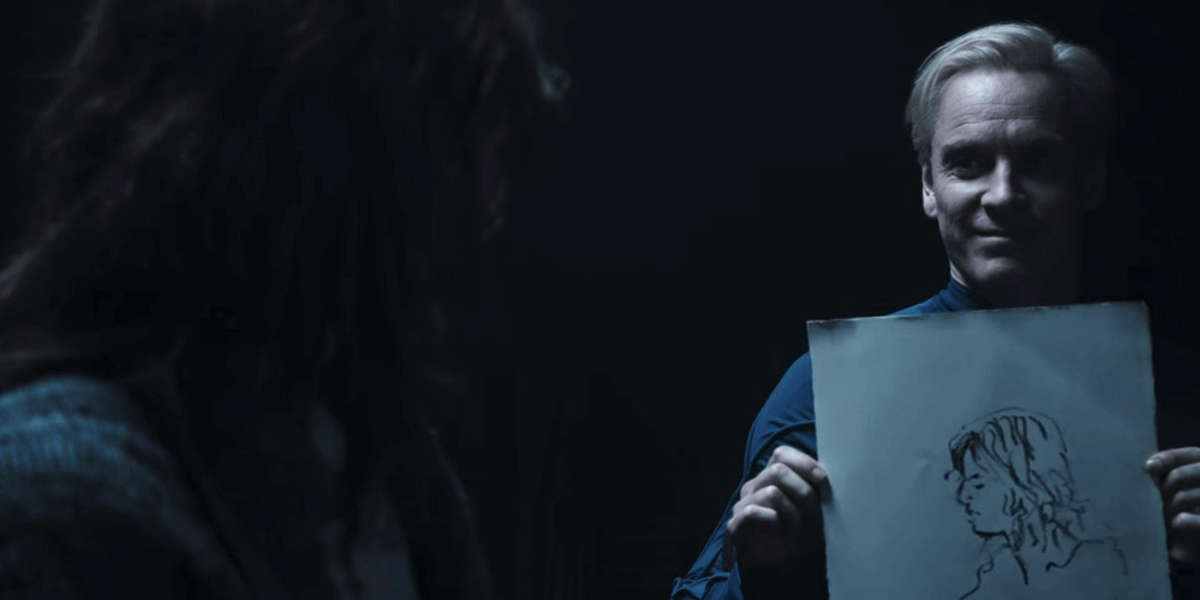 Authors Dane Hallett and Matt Hatton bring you a hard-covered sketchbook containing over two hundred illustrations that take you inside the mind of David, who was an android built by Peter Weyland that served aboard the USCSS Prometheus.

Following the disastrous mission of the Prometheus, sole-surviving crew members David and Dr. Elizabeth Shaw set out to find the home world of the Engineers, otherwise known as the Space Jockeys or Mala’kaks, and attempt to figure out why they would create life on Earth and then want to destroy it.

That’s where this sketchbook comes in, which details the events that take place after the Prometheus film. As we learn in the sequel, Alien: Covenant, David likely murdered Shaw and used her body to further his experiments and ambitions towards the creation of life with the mutagenic black liquid. David would be left stranded on the planet for a decade until the USCSS Covenant would arrive.

Have a look below for the full description and images of this product. 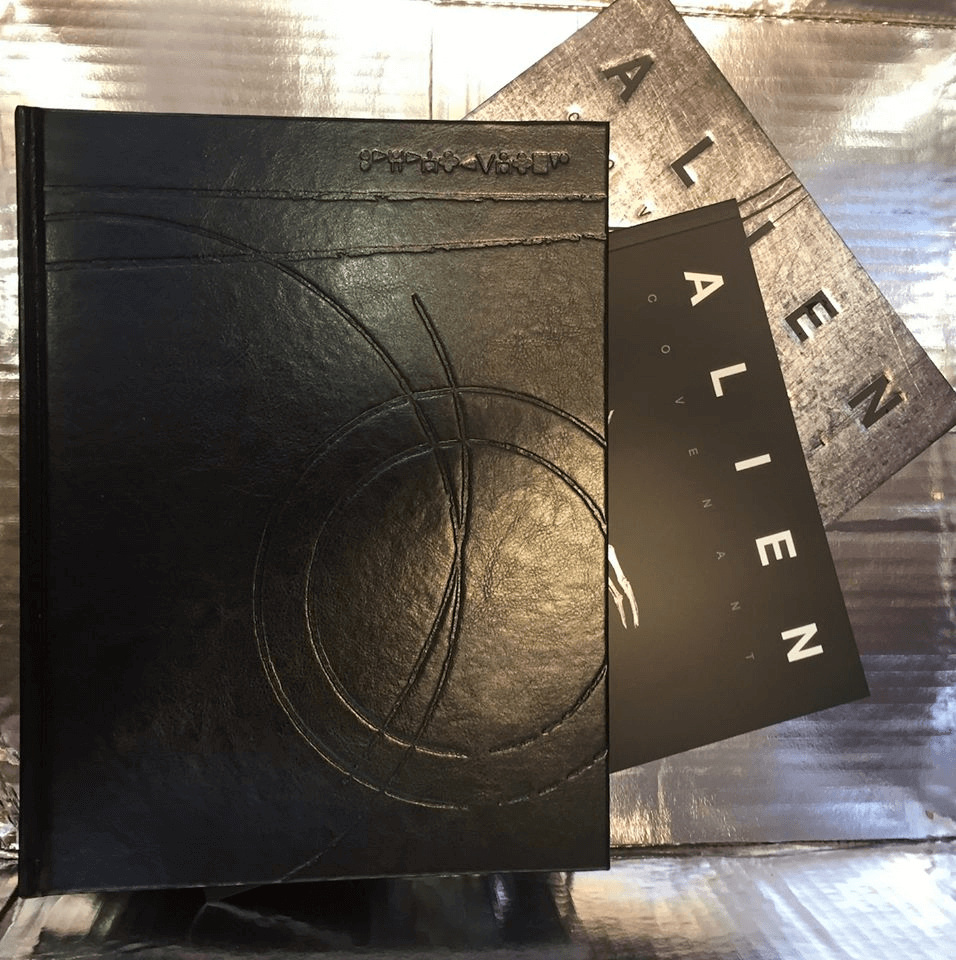 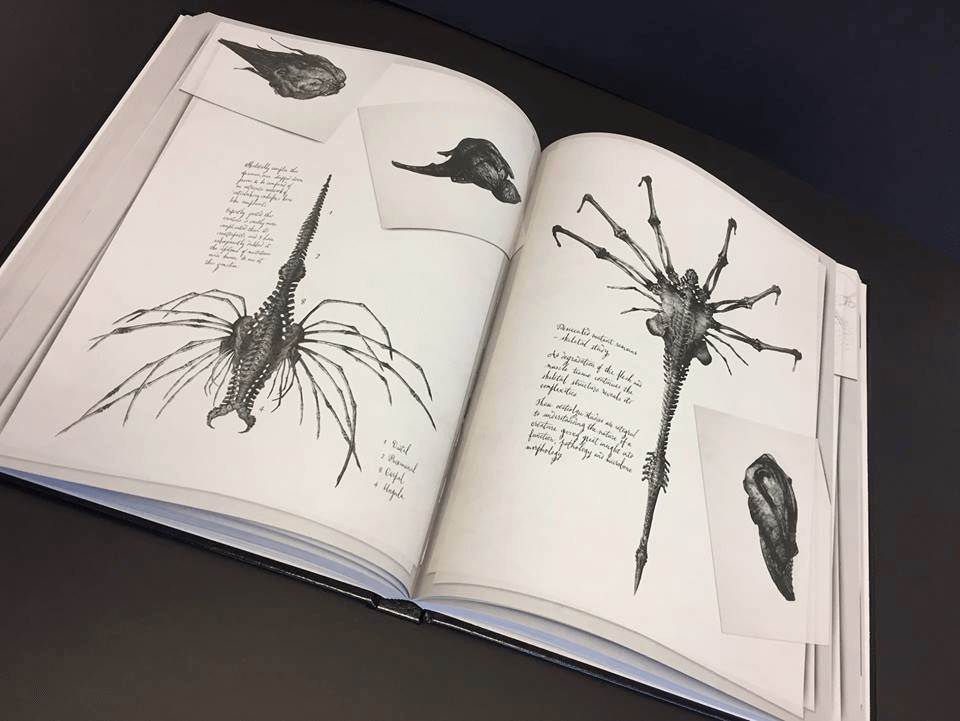 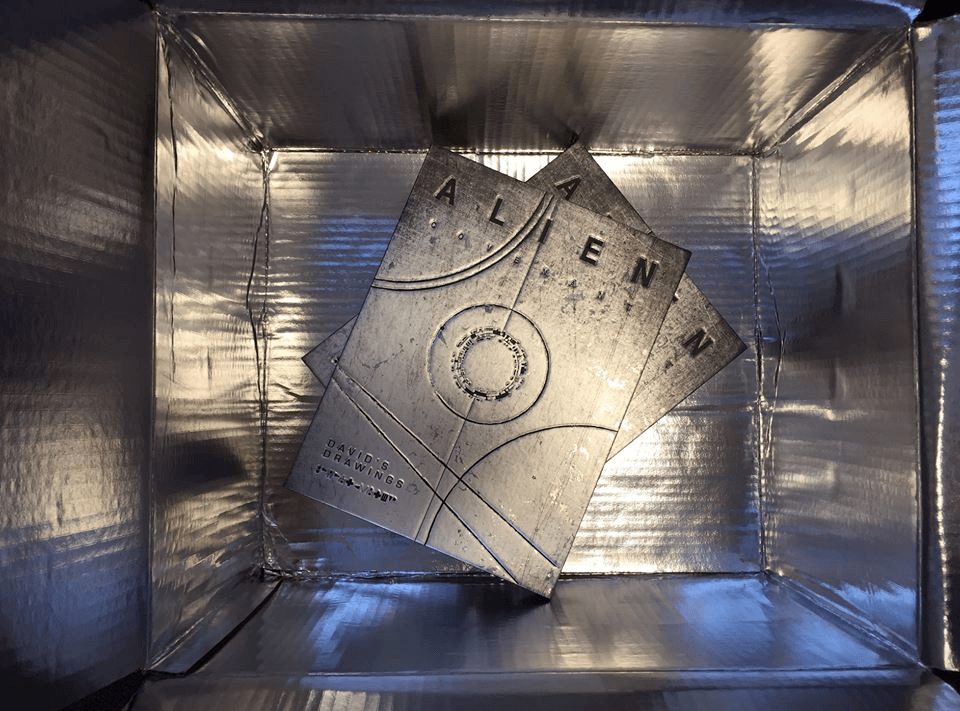 Before Alien Covenant, David was stranded alone on the Engineers’ planet and – left to his own dark devices – he began to push the boundaries of creation. Delve into this exclusive collection, containing two books, to gain an insight into the android’s descent into madness.

The in-universe sketchbook contains over two hundred illustrations from the set and will take you inside the mind of David. It features the complete arc of his journey from the studies of flora and fauna, to his more sinister experiments on creatures, and the disturbing demise of Dr Elizabeth Shaw. The companion book, Developing the Art of an Android, holds an interview with Dane Hallett and Matt Hatton – the artists behind all of the beautifully grotesque sketches. Alien Covenant: David’s Drawings will satisfy every serious fan’s hunger for details of the most intriguing character from the Alien prequels.

If you’re interested in this item, you can grab it right now from Amazon in the U.S. for $38.06 USD. For our Canadian readers, you can get it on your respective Amazon site for $56.44 CDN.