Ravenous is a Zombie Movie with Reality in Mind 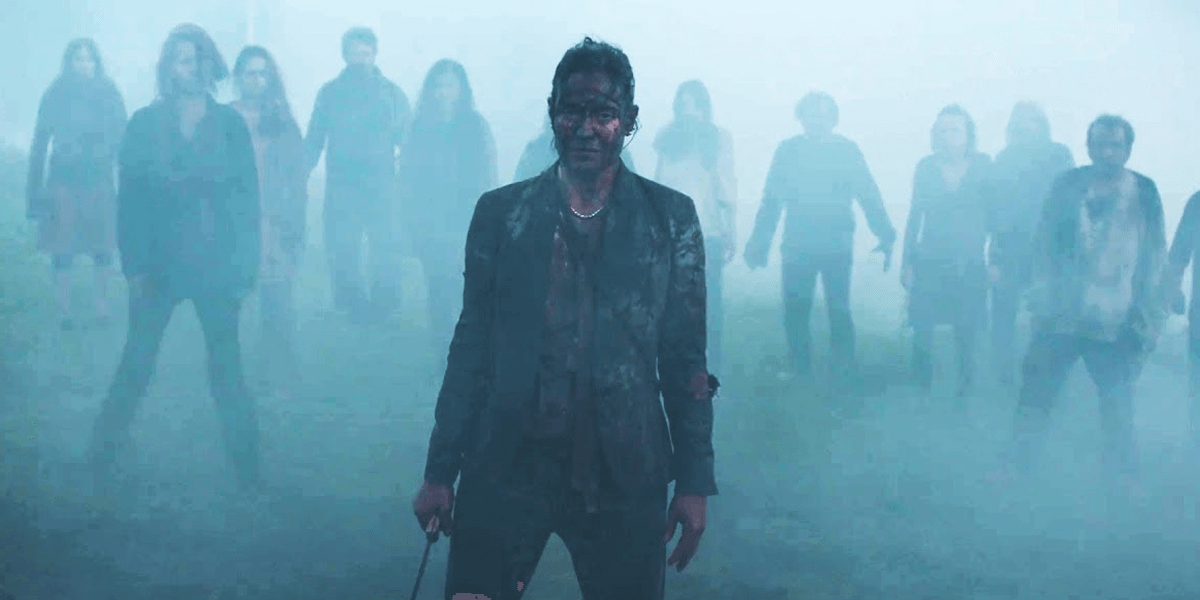 Zombie movies rarely offer much in terms of variety nowadays, simply because of how over-saturated the market is. Trying to come up with something original and fresh is not easy. Cargo was a pleasant surprise that was unlikely to be repeated so soon, but Ravenous (Les Affames) manages to dig deep and give us yet another unique and enjoyable addition to our growing collection of zombie films.

The movie takes place somewhere in upstate Quebec and is entirely in French. Almost immediately, there is a DayZ feeling in the setting with a world that feels very open. Fields, forests, houses, and shacks are separated by great distances. Supplies are limited, and the survivors are greatly outnumbered. The movie was truly lifted from any of the numerous open-world sandbox zombie games floating around today.

The characters are all acceptable for the most part. Only one really stands out and that’s Celine, but the way they all interact with each other feels so natural. The other characters serve purposes, but exist mainly to progress the narrative and become eventual zombie fodder. However, the characters being so mundane helps make the movie and situation feel more real.

Ravenous starts off with us following three different sets of characters, but these paths all eventually converge. Adults and children are both present and no one is safe, so keep that in mind. Zoe, the youngest survivor, is a stand-out character in her own right, despite her not having many lines. Almost immediately, you notice something about her and you can’t quite put your finger on it, which is something you should keep in mind when the end of the movie approaches.

Similar to Cargo, the zombies in this movie exhibit some strange mannerisms. Standing still and staring is a popular zombie pastime in this movie, as is building towers of garbage, which didn’t quite make much symbolic sense. As you watch, you will see even more odd behavior not typical of your standard zombie flick. Also, the rules aren’t really clear when it comes to the time it takes to turn once bitten. Some people go hours and days without displaying symptoms while others turned in what seemed like seconds. This was bothersome and probably the most inconsistent aspect of the film.

These zombies are also very sensitive to sound. During the whole movie, the survivors do their best not to make much noise, but occasionally disregard this logic with a shotgun blast at a time you might think they would want to be quiet. The zombies have their own defense mechanism in shrieking to alert the rest of the horde, which is not an uncommon trait these days. It's effective in some situations, but if the zombies have to chase a car, they just give up. They are lazy to the point where they don’t want to put in much effort for their meals.

The survivors, once they all start meeting each other, are all very apprehensive and defensive at first, which builds up some tensions that dissipate rather quickly. There is at least a great release to this disappointing area of the film involving the most annoying character, and honestly the most mysterious next to Zoe, making you wonder how he has survived completely unscathed for so long. It is a very satisfying scene and you’ll know it when you see it.

The story is just run-of-the-mill survival. Survivors band together and push forward to where they think they might find some safety and relief. Some die and new ones are found. No new ground is broken on the story front, but they make up for that with some unique cinematography and solid direction overall. You’ll notice almost immediately some awkwardly framed shots, but they grow on you by the end.

That said, what makes this zombie movie so good if it doesn’t really do anything different? Well, it is simply just that. When a movie tries to do too much with the basic elements that don’t need any help, the entire narrative becomes a garbled-up mess. Survival in the semi-remote wilderness is simply the best setting for a zombie movie and Ravenous uses it to its full advantage. Why complicate something that doesn’t need to be complicated?

The climax is satisfying but confusing at first. The ending can be interpreted in more than one way, which could have been intentional. It’s not something to be spoiled in this review, but look at the ending from a few different angles and you might get a similar feeling.

The setting and pacing are perfect in a world that just feels real.

The zombie rules are all over the place and some characters make overly stupid decisions.

Ravenous is a zombie movie that never feels out of reach, taking place in a world that feels real with characters that are simple. This allows the overall story structure to feel natural. Nothing is over-the-top or unnecessary, sans one scene towards the end that still works beautifully. Pay close attention to how the characters interact with each other. The small nuances in how they talk and convey themselves really add to overall atmosphere that this movie gives off. This is indeed a stand-out zombie movie that may be forgotten in the years to come, but that doesn’t mean it should be overlooked now.