Cargo is a Different Kind of Zombie Movie

The Netflix original takes the genre into some new territory. 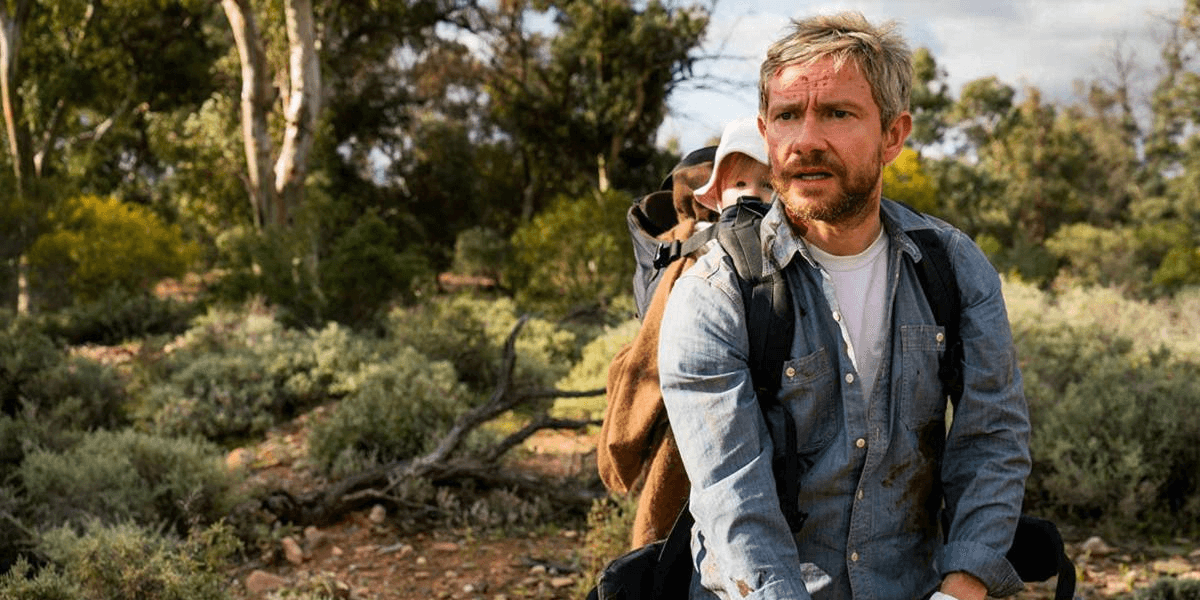 We have reached a point in our culture where it is safe to say we are over saturated with zombies, which is a genre that has exploded in the last 15 years in almost every form of media. Comics, movies, TV shows, and video games all share the load of the on-going zombie apocalypse. It’s because of this over-saturation that, when a new zombie anything gets released, it is typically overlooked because we just need a break. The Netflix original movie Cargo takes the zombie movie into new (if only slightly) territory, which deserves your attention.

Martin Freeman is a delight from start to finish as our protagonist, Andy. All he knows and cares about is the survival of his infant daughter, Rosie. The whole world is going to hell but he is hyper-focused on giving his daughter the chance to fight through it on her own someday. It is survival, but on a different level, which is refreshing for a zombie film.

The zombies, or “virals” as they are called in this film, have some very strange characteristics when compared to other zombies and infected. They are sensitive to light, which drives them to dig holes and bury their heads. During the incubation period after one is bitten, they have 48 hours before turning completely, and during those 48 hours, fevers and seizures are common until an mucus-like goo eventually pours out of the eye sockets, nose, and mouth, crusting up into something quite repulsive.

At its core, Cargo is a film about family and how no matter what else is going on in the world around you, family always comes first. Every struggle Andy goes through and endures is all for the sake of his daughter. His own well-being means nothing to him and he will risk it all for her safety. It’s an endearing aspect that keeps the viewers engaged the length of the film.

Aesthetically, Cargo is gorgeous to look at. The cinematography is wonderful as different landscapes throughout Australia are on display. The film has this amazing ability to go from looking like a nature documentary to something out of a Mad Max movie. It’s subtle touches like these which allows this film to stand on its own among a never-ending sea of zombie films.

Side characters are limited to mainly three other characters, with the young Thoomi, played by Simone Landers, leading the pack. Thoomi is a young aboriginal who goes off on her own when her father becomes a viral. She is a strong loner-type character, a wonderfully welcome change when you consider she is a young female. Her growth during Cargo is probably the most rewarding aspect of the film, and to understand what exactly I mean by that, it is best to view the movie for yourself.

Cargo removes a lot of horror aspects one would typically find in a zombie movie, but replaces them with a feeling of real terror that a lot of zombie movies fail to capitalize on. Survival is always the core mechanic that drives a zombie film, but it just feels ramped up and more real in Cargo. Every decision Andy makes feels like it has massive weight attached to it, and not just for him, but for the survival of Rosie. It’s for this reason that Rosie is the real star of this movie.

The blossoming relationship Andy and Thoomi share is a true highlight and quite possibly my favorite thing about Cargo. Their personalities are so vastly different that they are natural opposites, but in a different way than Andy and the film’s antagonist, Vic, are opposites.

What plays out between Andy and both characters is a masterfully written depiction of how opposites can both attract and repel. I am not sure if this was an intentional theme or a happy accident that is cleverly hidden under the weight of everything else going on in this film, but once you see it, you get it. It can almost be seen as a homage to the zombie films of George Romero as he often hid themes within his movies, such as his social commentary on consumerism in Dawn of the Dead. This makes you wonder if any other themes are hidden within Cargo that you might miss in your first viewing.

The characters and setting truly stand out and the sense of realism gives the film more weight than previous zombie films.

There is a noticeable lack of zombie chomping action.

Overall, Cargo is a great addition to the zombie movie library that most fans should really enjoy. Between the great contrasting locations, the chemistry displayed by the handful of characters to one another, and the wholly unique style of “zombies,” it is the sort of film that offers every fan something just for them.