This browser-based MMORPG is full of memories and still lives to this day. 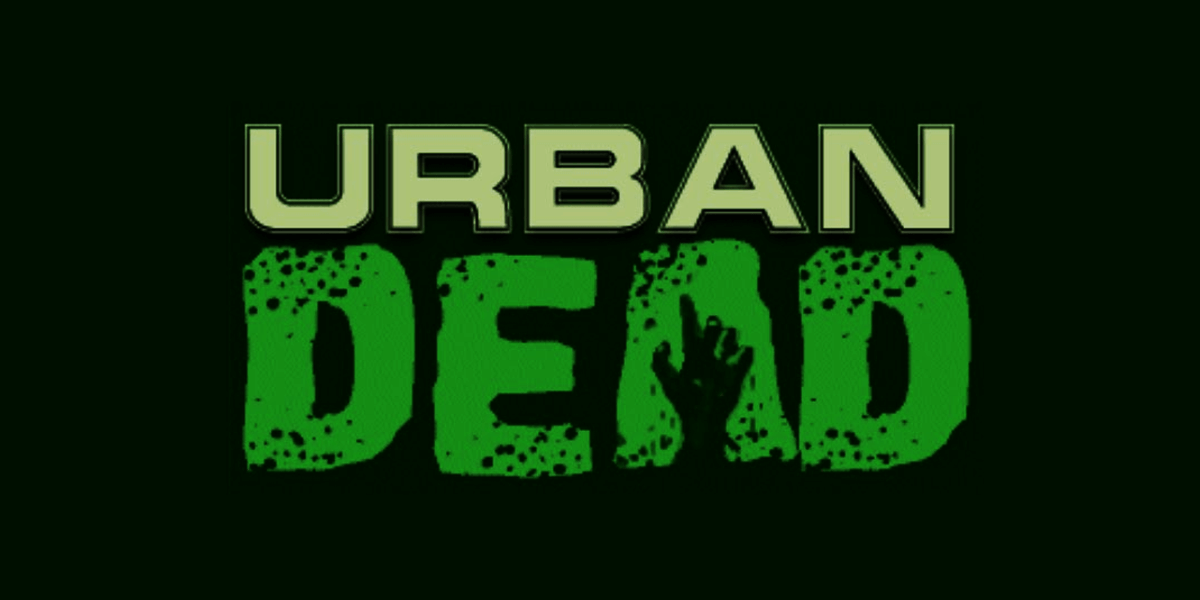 Image via Kevan Davis / CC BY

Urban Dead is an HTML, text-based massively-multiplayer online role-playing game created by freelance web guru Kevan Davis, inspired by a similar game called Vampires! The focus of Urban Dead, however, is entirely on zombies. Players are trapped within the quarantined city of Malton and can take on the role of a human survivor or a shambling corpse, switching back and forth as they so choose. At its core, Urban Dead is a game about simple survival.

Urban Dead went live in July of 2005. It was then and still remains absolutely free to play, celebrating its 10th anniversary back in 2015. That means that this month, the game will have been around for 13 years! While the popularity of Urban Dead has certainly declined in recent years, the dedication of a group of core players has kept it alive after all this time.

At the time of this article's publication, there are still over 4,000 active players according to the game's stat page. To be considered an active player, one must not be idle and must have performed an action within the last 5 days. While it's possible that players may have a few different characters, that would mean that there are still at least a couple thousand people logging in every day to play. This leads us to the question, what about Urban Dead makes it popular enough to have endured this long?

Part of the reason this game remains successful is due to the limited amount of time it takes to play. Players get 50 action points each day that they can use to perform actions. Everything from moving a space, reloading or shooting a gun, and even talking to other survivors costs an action point. It then takes half an hour to replenish one action point. Therefore, most players only log in once per day, spend their action points, and they are done until tomorrow.

Another aspect of Urban Dead that has contributed to its success is how creator Davis has handled the project, setting up the basic framework of the game and then turning it over to the playerbase. The majority of the game's lore and backstory has been created by its players over the years. If you ever visit the game's official Wiki, almost every story crafted there comes from the community itself. It is this sense of deep community that is likely the number one reason for Urban Dead's continued success, something I have experienced first-hand from my time with the game.

I first stumbled upon Urban Dead way back in 2007 and quickly signed up. After a few weeks of struggling to survive on my own, I realized that the way to get the most out of the game was to join one of its many survivor groups. At the time, I was getting ready to enter my freshman year of college as a History major, so it seemed only fitting to join a group of survivors calling themselves the Knights Templar.

The Templars had established their base of operations in the suburb of Kempsterbank. They did their best to keep the area safe from attack and maintained two revivification points where zombies could be turned back to humans. Proper barricade procedures were also in place by the group.

I remained in the Knights Templar with varying levels of participation over the years and, in that time, we had numerous scraps with other (mostly zombie) groups for control of our home suburb. There was always someone to fight, a building to retake, or a player killer to hunt down and bring to justice. Just by reading the story I crafted for my in-game character years ago, based on actual in-game events that I experienced, one can get a sense for just how well this game worked out from a role-playing perspective.

What makes Urban Dead so memorable, at least to me, is that there were alliances and betrayals, rivalries and nemeses, and, most importantly, constant action that included epic sieges. For example, the Knights Templar and a zombie horde who called themselves The Militant Order of Barhah would often coordinate attacks at the same time, effectively turning a typically-casual experience into a real-time strategy game of cat and mouse.

Utilizing message boards and chatrooms, the different groups would work together in the moment to lead or fend off attacks, with sometimes well over 100 players interacting within the game world at the same time. This led to some epic battles for certain buildings during my time with the game, especially the Templar's HQ in the Whitenoll Building, which is still fought over even today.

The constant siege of Whitenoll is considered one of Urban Dead's longest running on-going sieges and has led to Kempsterbank becoming a hotbed of activity even today. All of these experiences have taken place in only one out of 100 different suburbs. Imagine the hundreds of other stories that happened in the rest of them.

Urban Dead, despite its simple nature, has managed to create more narrative-driven personal stories than most other games could ever hope to even come close to. By allowing the community to really take the game and make it their own, creator Kevan Davis has ensured that for as long as he's willing to keep Urban Dead open, people are still willing to patrol the streets of Malton.

The Knights Templar, for example, are still around today and remain one of the largest survivor groups in the fictional city. While I'm far from an active member, I still log in to my old account from time to time and even hop on to the old forums in order to help out. I'm not the only one to do so and some Knights even older than myself like to check in from time to time and lend a hand. Whether this is due to nostalgia or something else entirely, we all often find ourselves drawn back in to the world we helped shape, if only to see how far it is has progressed after all these years.

Thanks for the memories, Urban Dead.