As the world's inhabitants wake from their nightly slumbers, many will find themselves comfortable with following their typical morning routines. Whether their mornings began with a peaceful ramp-up to the day or a chaotic cyclone of tasks that needed to be done in half the time they actually took, there is one thing absolutely certain when it comes to the month of June: Ghostheads have it far better!

You might be asking yourself, “What is so significant about this month and why do the fans of Ghostbusters have it so easy?” Well, the answer is quite simple: June 8th marked the 34th anniversary of the release of the original film and to mark the occasion, we celebrated the film’s legacy and fandom with our very own faux-holiday, aptly named “Ghostbusters Day.” On this day, we saw the fandom come together in harmony with merchandisers offering sales on all sorts of ghost goodies, new collectibles being unveiled, and even the announcement of our very own Ghostbusters Fan Fest coming in 2019!

A mere 8 days later, fans of the franchise put on their New Years Eve hats and partied like it was 1989 as the film’s sequel, Ghostbusters II, ushered in its 29th year.

Throughout the month, fans of the franchise have been embarking on their own journeys to pay tribute to their favorite boys in gray, which ranged from revisiting the films and binge-watching the cartoons to catching ghosts in the many video game releases and spending time embracing their fellow ‘buster.

As for me, I personally decided to take a long walk down memory lane with the music from Ghostbusters II acting as my own soundtrack. If memory serves me correctly, this album was one of the first pieces of music I ever sought out on my own. This was a cassette tape that had to be purchased multiple times after wearing it out again and again.

It was also my introduction to rap and hip-hop in the early '90s. As an adolescent, I had grown up on a lot of '70s and '80s rock music courtesy of my parents, but was never exposed to much else beyond that. The song that changed this while capturing my imagination and opened up a world of musical possibilities for me was simply titled “Ghostbusters” by the legendary hip-hop group Run DMC.

Being all-too familiar to the original Ray Parker Jr. hit song, I found myself tearing open the cassette’s cellophane wrap, jamming it into my probably-too-large stereo, and fast-forwarding straight to the song to sate my hunger for hearing the theme song to one of my favorite films of all time. Back then, I couldn’t tell you who wrote it, or who Ray Parker Jr. or Run DMC were. All I knew, in that moment, was that I finally could listen to it whenever I wanted to and I no longer had to rewind the VHS countless times.

I pressed play and everything changed. The sounds coming out of my speakers were not the all-too-familiar first few notes from Parker’s original theme, but rather a vehicle’s ignition starting up and the ECTO-1’s unmistakable sirens blaring, while ambient chimes and instrumentals slowly built up to tires screeching into the beat that would carry the rest of the track. I was on board almost immediately from the music alone, but I was a full-fledged believer when the remixed “I ain’t afraid of no ghost!” lyrics filled my ears.

It quickly became clear that this interpretation of the Ghostbusters theme song was in a league entirely of its own. It relied very little on Parker’s classic original while managing to effortlessly capture its spirit. Unlike the original, which boasted lyrics written in vein of an advertisement or endorsement for the Ghostbusters company, Run DMC’s song painted more of a cinematic picture from the perspective of individuals witnessing a paranormal event.

This especially captured my young imagination. It felt like we were being offered a handful of supplemental stories that were in line with the events taking place in the timeline of the films. I mean, sure, it’s fun to follow around the Ghostbusters while they do their thing and save the day, but it is far more relatable to hear accounts of paranormal sightings or happenings from an everyday Joe.

As evidenced above, the lyrics to “Ghostbusters” were sharp, descriptive, witty, and cleverly strung-together, while maintaining a unique and fun atmosphere that was mostly signature to 1980s hip-hop. The sheer creativity and energy that Run DMC brought to the table upped the ante for any soul brave enough to tackle a Ghostbusters-themed song for years to come. 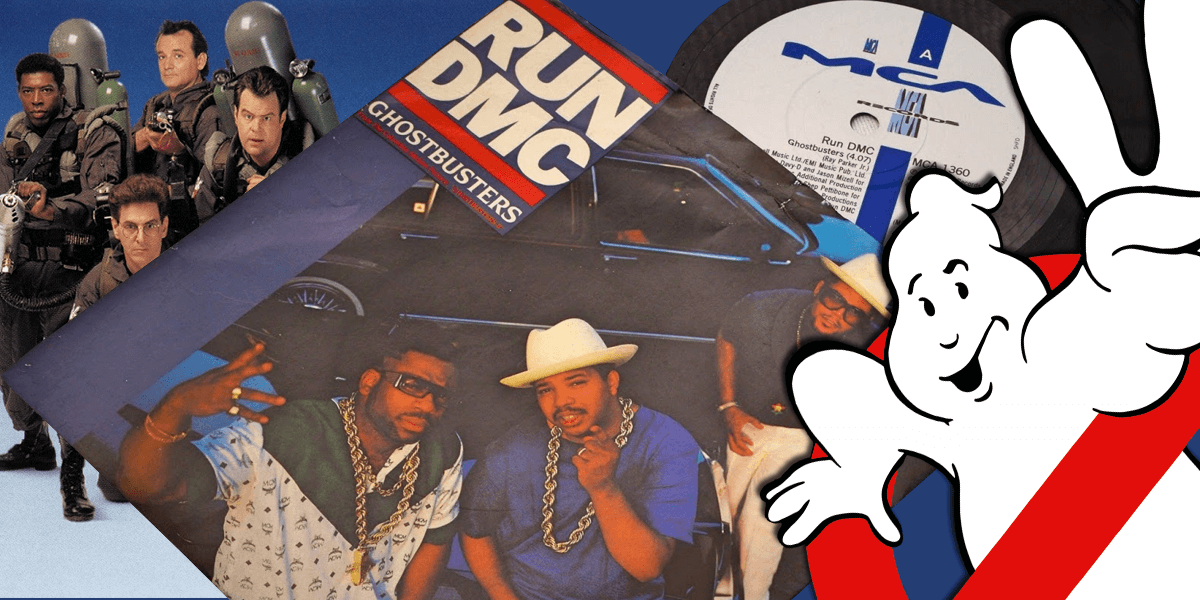 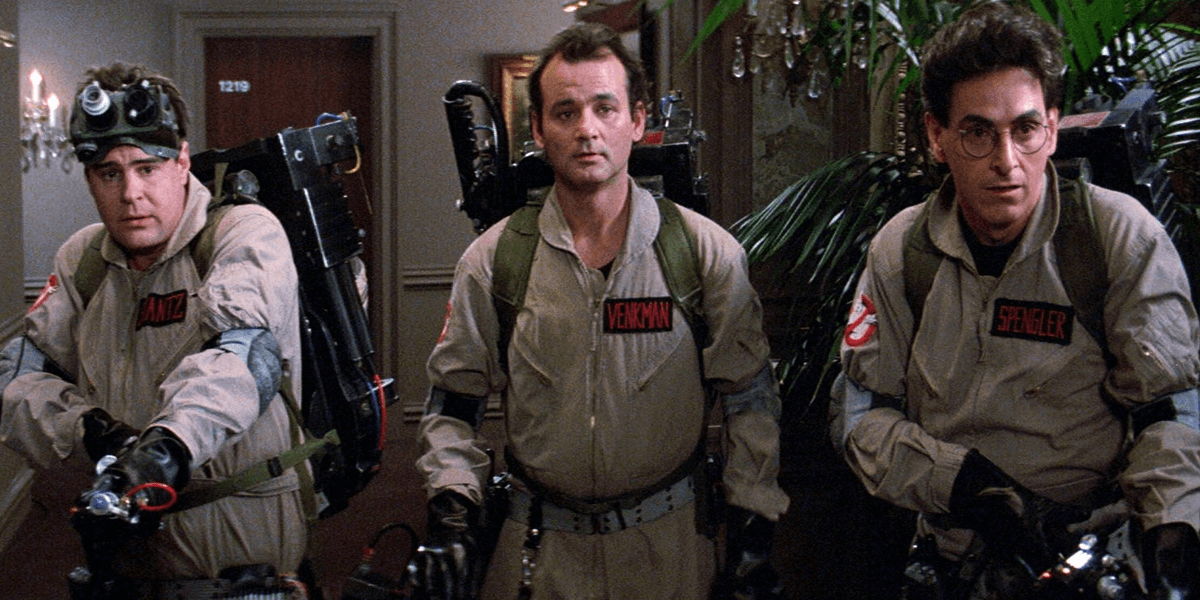 Celebrate the 35th anniversary of this iconic movie with a very special music release.