Monster Rockers Lordi Want You Naked in Their Cellar

The Finland-based rock band releases a new music video ahead of their upcoming album, “Sexorcism.”

Two years after Lordi released their universally-praised 8th studio album “Monstereophonic (Theaterror vs. Demonarchy),” the Finnish monsters of hard rock have once more risen from the crypt to unleash an all-new beast on unsuspecting metal fans worldwide via their upcoming record, “Sexorcism.” Set to hit store shelves on May 25th, the album is promised to be “a full-on and uncensored shot of Lordi-brand hard rock and roll” and “possibly their most controversial record to date.”

To further set the stage ahead of the album’s release, the band took to social media back in early March to unveil their monster costumes of the new era and offered us our very first taste of the record in an artfully-done lyric video for “Your Tongue’s Got the Cat,” which is classic Lordi through and through!

As if that weren’t enough to sell you, a proper music video for the single “Naked in my Cellar” (which can be watched above) premiered on May 4th, exceptionally showcasing both the band’s hard-hitting signature sound and arsenal of twisted melodies which complement the dark, demented, and cheesy-in-the-best-way-possible imagery.

The track listing for “Sexorcism” follows:

Lordi was formed in 1992 by the lead singer, songwriter, and costume-maker, Mr. Lordi. The band sky-rocketed to fame nearly a decade later after the success of their hit single "Would You Love a Monsterman?” off of their “Get Heavy” record and made history by becoming the first and only hard rock act and Finnish artist to win the Eurovision Song Contest with their song “Hard Rock Hallelujah.”

Influenced by the likes of Kiss, Twisted Sister, and Alice Cooper, Lordi plays heavily into theatricality in both their appearance and performance, and are no strangers to injecting a plethora of horror-inspired themes into their songwriting and sound, which has spanned over 25 years across nine studio records.

“Sexorcism” was recorded and mixed at Finnvox studios by Mikko Karmila and is set to be released on May 25th, 2018 via AFM. The album is currently available for pre-order in both a standard Digipak and limited edition boxset which includes the CD, a stamped tinplate band photo, a Sexorcism patch, 5 individual autograph cards, a behind-the-scenes photo collage, and a certificate of authenticity. Of course, the record is also available digitally through iTunes and Amazon. 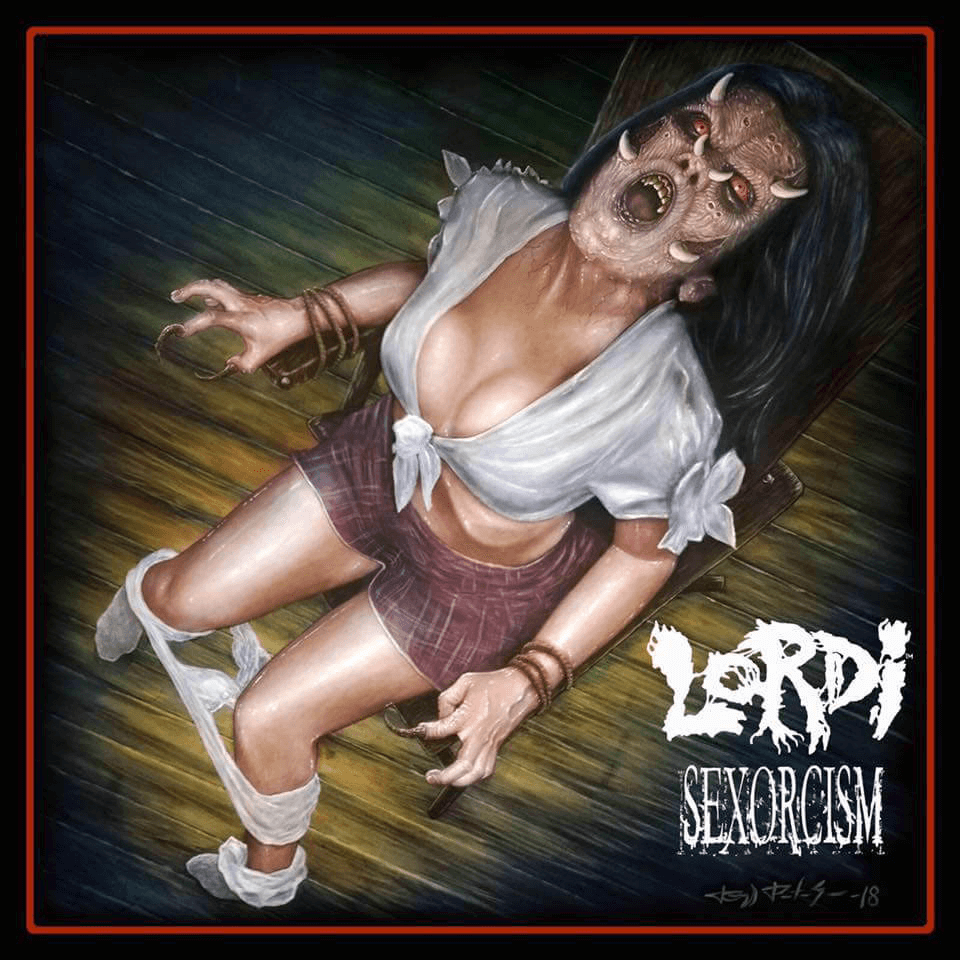