The fourth film in the “Hatchet” series is set to be released this February!

In 2013, the Hatchet Army embarked on what was expected to be one final tour of Louisiana’s haunted Honey Island Swamp, vicariously through Adam Green and BJ McDonnell’s over-the-top slasher-flick, Hatchet III. With the third film in the series not being as well-received as the previous two, it appeared that the legend of Victor Crowley would be concluded for good. That was, of course, until writer/director Adam Green went ahead and shot the fourth installment entirely in secret. Today, we are happy to share with you the film’s brutally-glorious full length trailer!

Debuting late last year to a sold out and oblivious crowd who were packed in for a 10th Anniversary screening of the original Hatchet, the sequel/reboot, Victor Crowley, was unleashed to the delight and surprise of fans and critics alike. Following the landmark premiere, Adam Green took the film on the road, touring it around the country where it was widely heralded as a true return to form for the Hatchet series.

Are you excited to take another trip to his swamp? Let us know below! 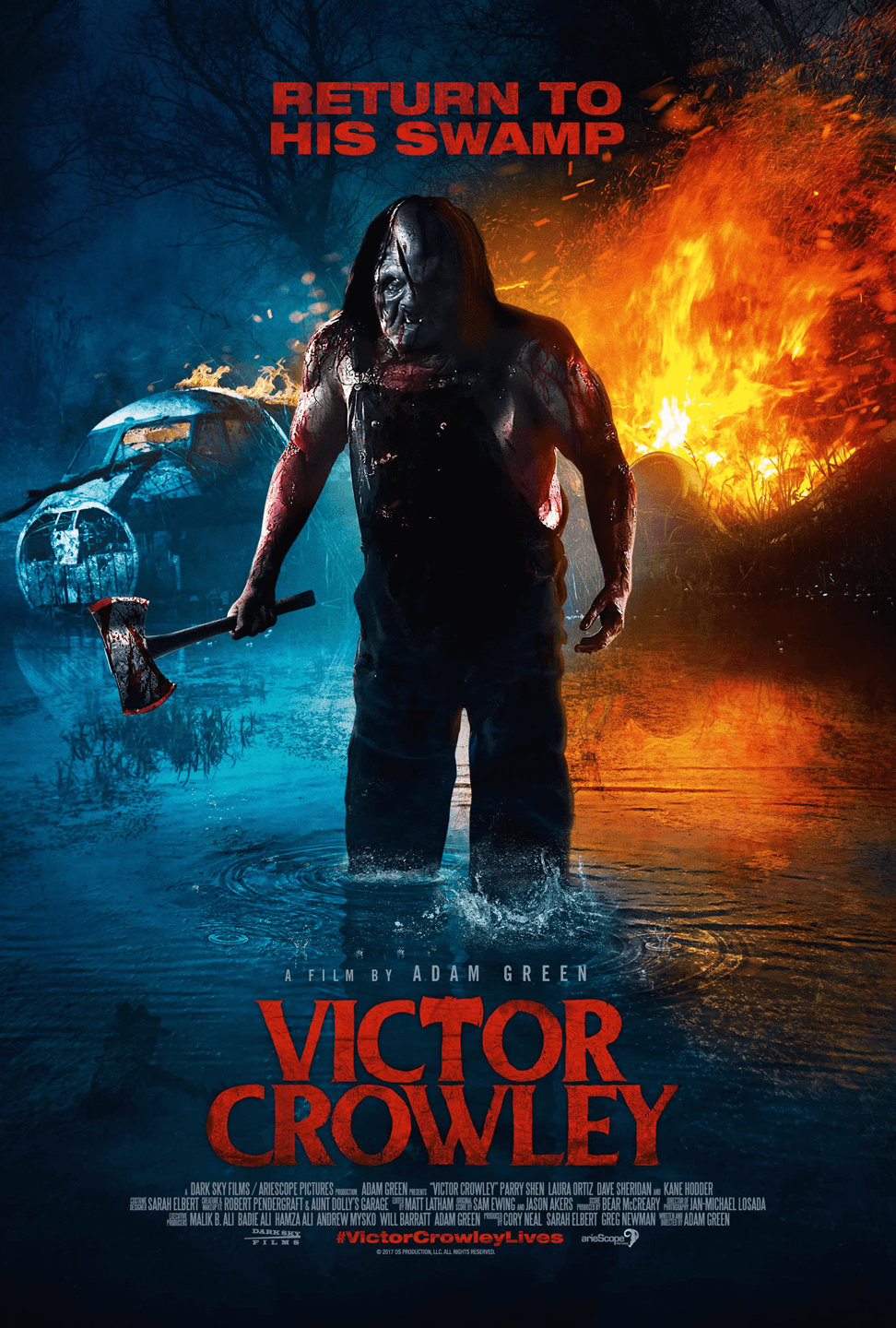