We review the Ultimate Part VI Jason Voorhees from NECA. 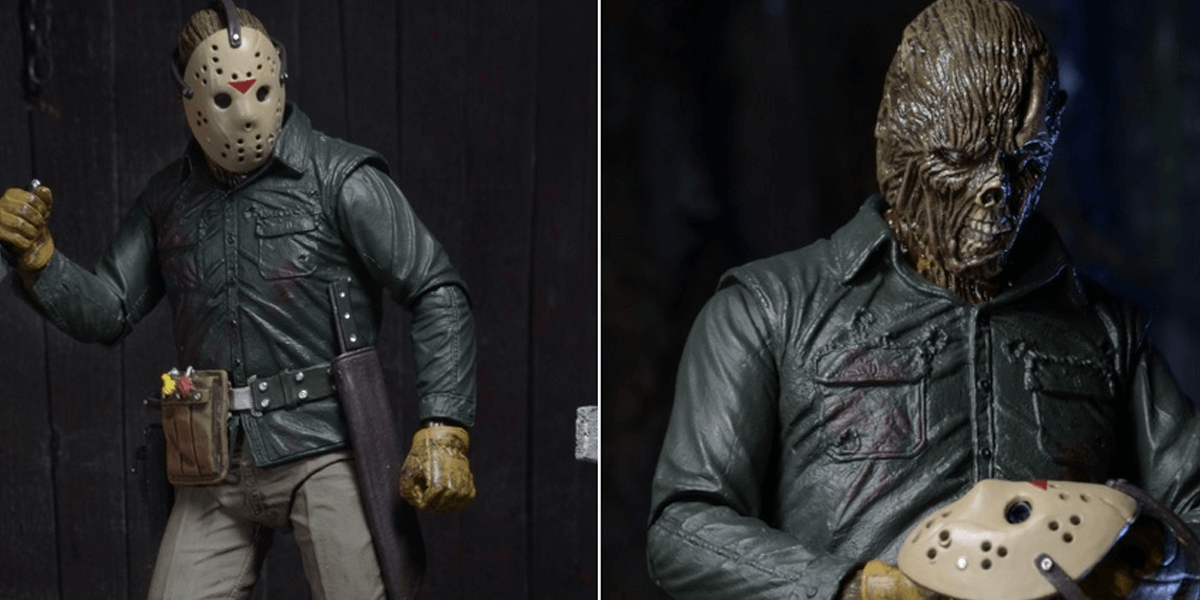 Image via NECA / CC BY

Today, we will take a look at an amazing collectible action figure from NECA's Friday the 13th line, Jason Voorhees as he appeared in Part VI: Jason Lives. Part 6 is my personal favorite Friday film and as such features my favorite version of the masked killer in the form of the supernaturally-powered Zombie Jason. This is the also the version that most people associate with the franchise.

Here is how the figure is described on the official NECA website:

The Ultimate Jason Lives figure instantly became one of the favorites in my collection. It certainly lives up to the "ultimate" title. The overall sculpt is great and the body, face, and hockey mask are all extremely detailed and movie-accurate. Everything from the colors of his clothes to little details like the throwing knives on his utility pouch look great. He comes with his signature weapons from the movie: a hunting knife, machete, and the fence post that brought him back to life, as well as his tombstone. One thing to note is that the fence post comes in two pieces that have to be combined, so make sure you are careful when putting it together. The figure also comes with two separate right hands with one designed to hold the post while the other better fits the knife or machete. Perhaps the only accessory I would have liked to be added was a severed arm in order to recreate the scene where Jason takes the machete from the paintball player. However, I am nitpicking at this point and am still very satisfied with all of the final included contents.

The packaging for the Ultimate Part VI Jason is very nice for in-the-box collectors as he comes in a window box that makes him appear to be laying in his grave from the start of the film. I personally am a loose collector so I opted out of the box in order to put him in my display case, but he looks just as good outside. As always, Jason is in the standard NECA 7" scale and fits right in the company's other horror figure lines such as A Nightmare of Elm Street or Child's Play. The 25 points of articulation are great. None of the joints felt too stiff or loose and I was able to achieve a variety of different poses, recreating some of Part 6's most iconic scenes. NECA will also be releasing a Camp Crystal Lake accessory pack in early 2018. Now all we need is a Tommy Jarvis figure in the likeness of Thom Mathews in order to complete the set. Here's hoping we will get more premium quality Friday the 13th figures from NECA in the future! They have done Part 3 and 4, but I'd love to see some others from Jason Take Manhattan or Jason X as well as some of the more popular counselors like Shelly Finklestein or Creighton Duke. 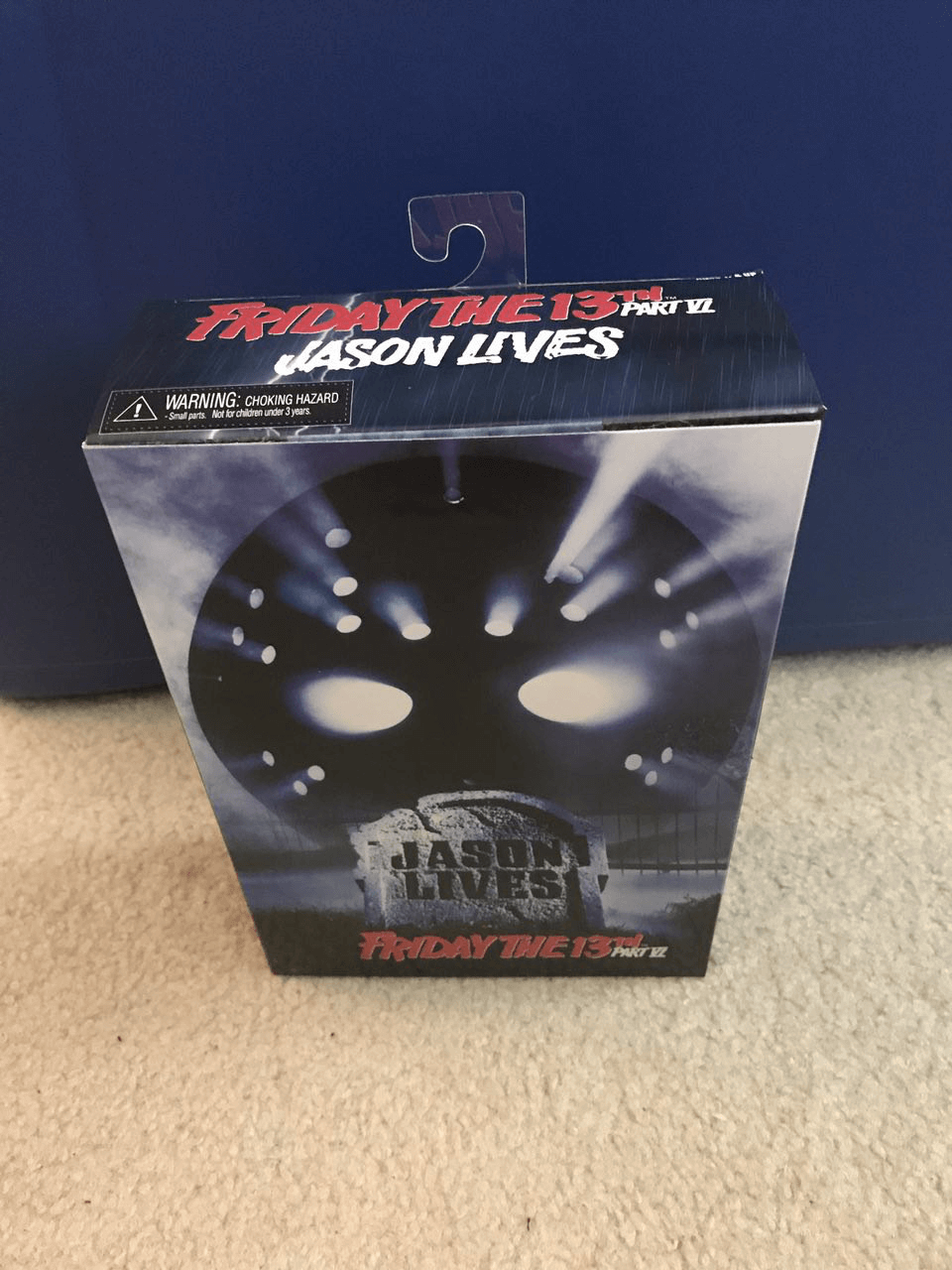 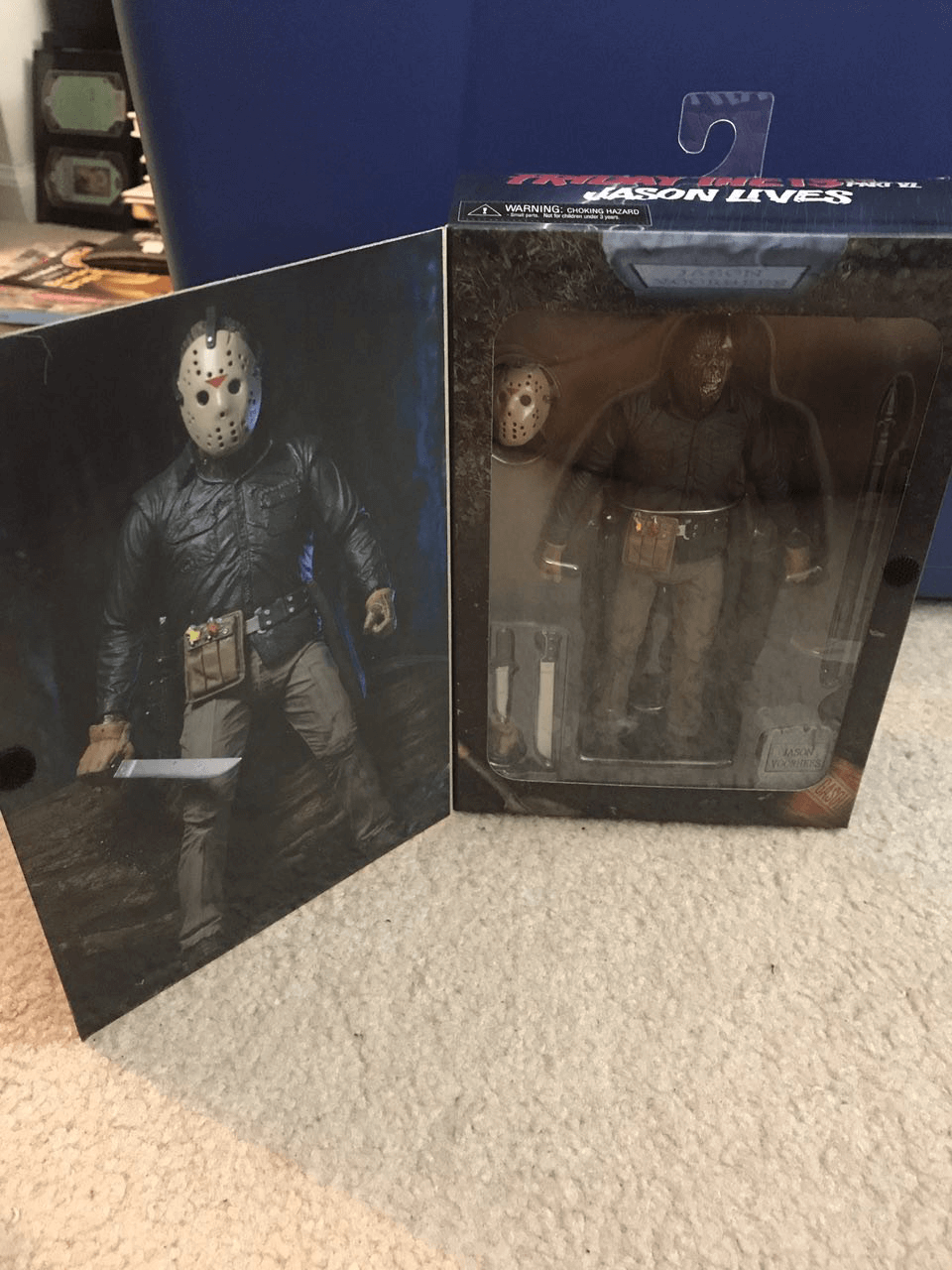 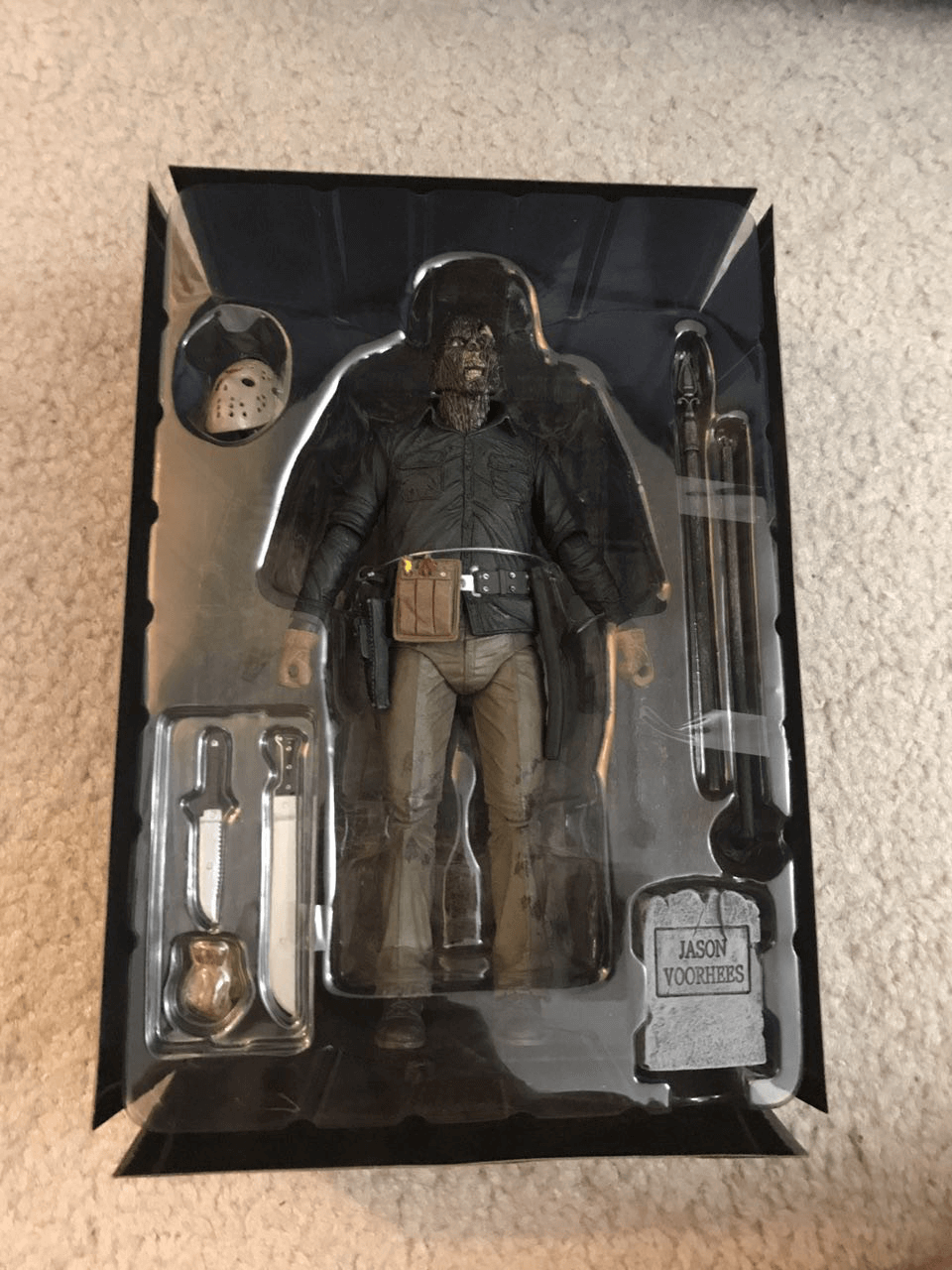 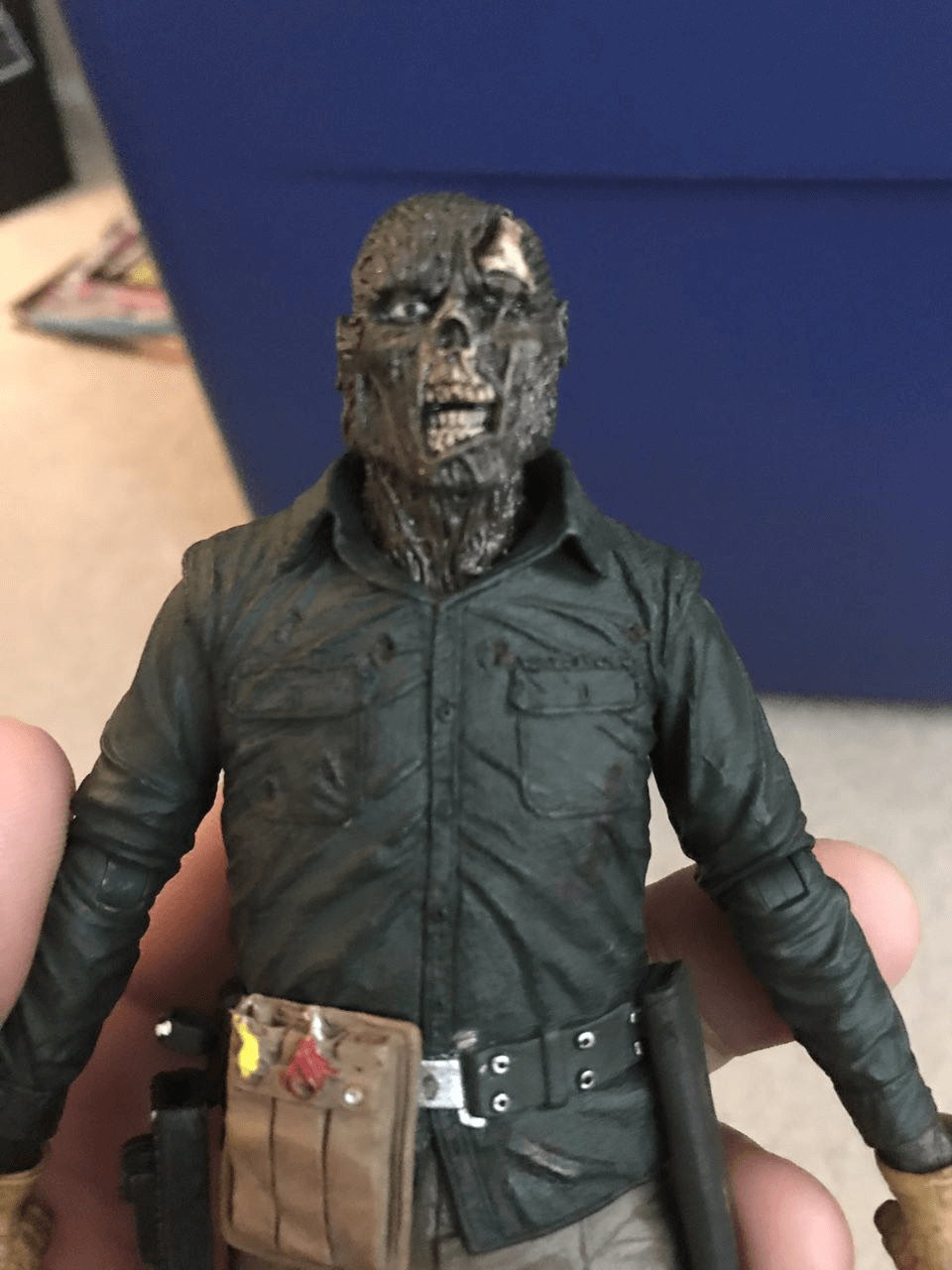 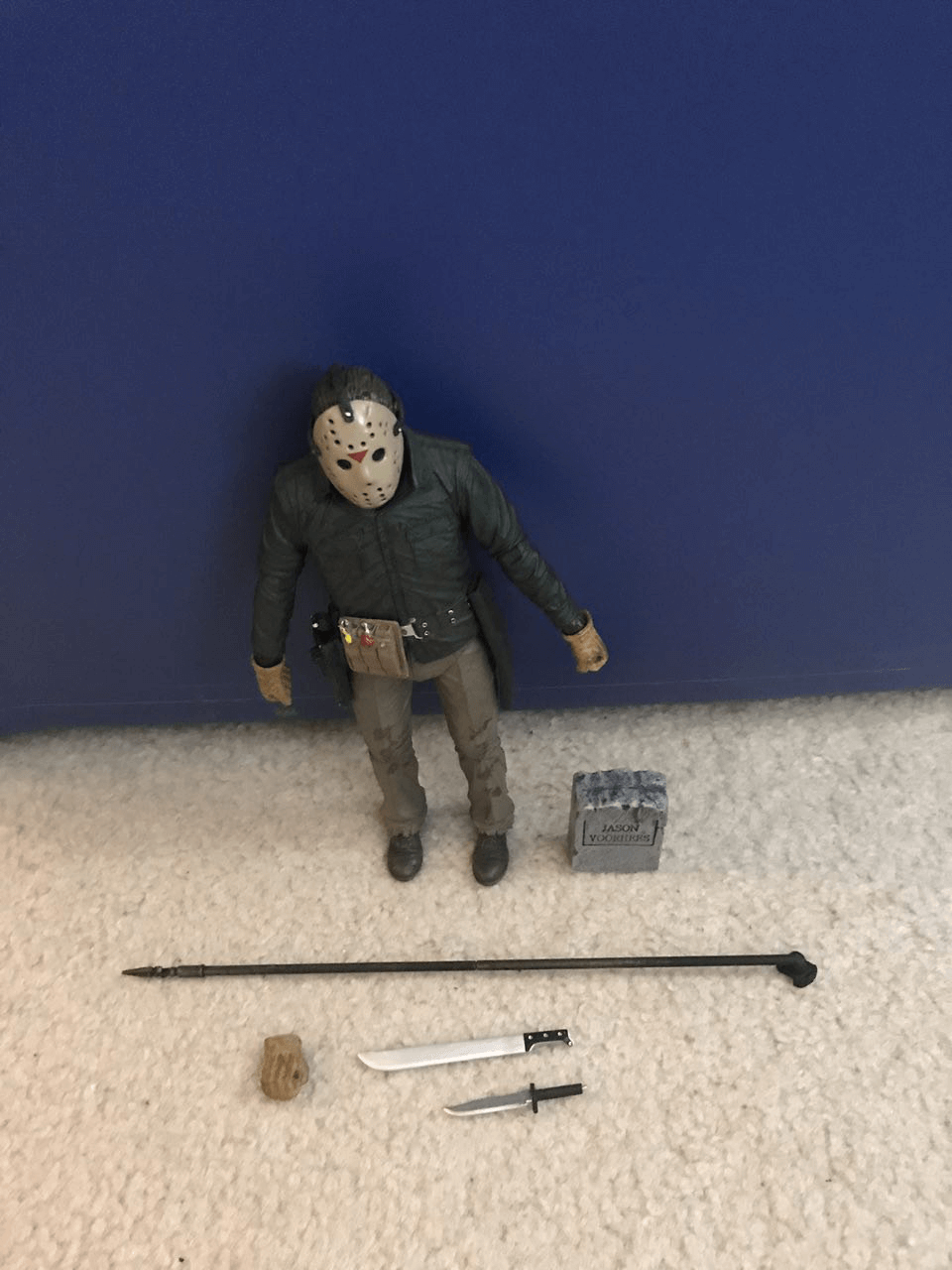 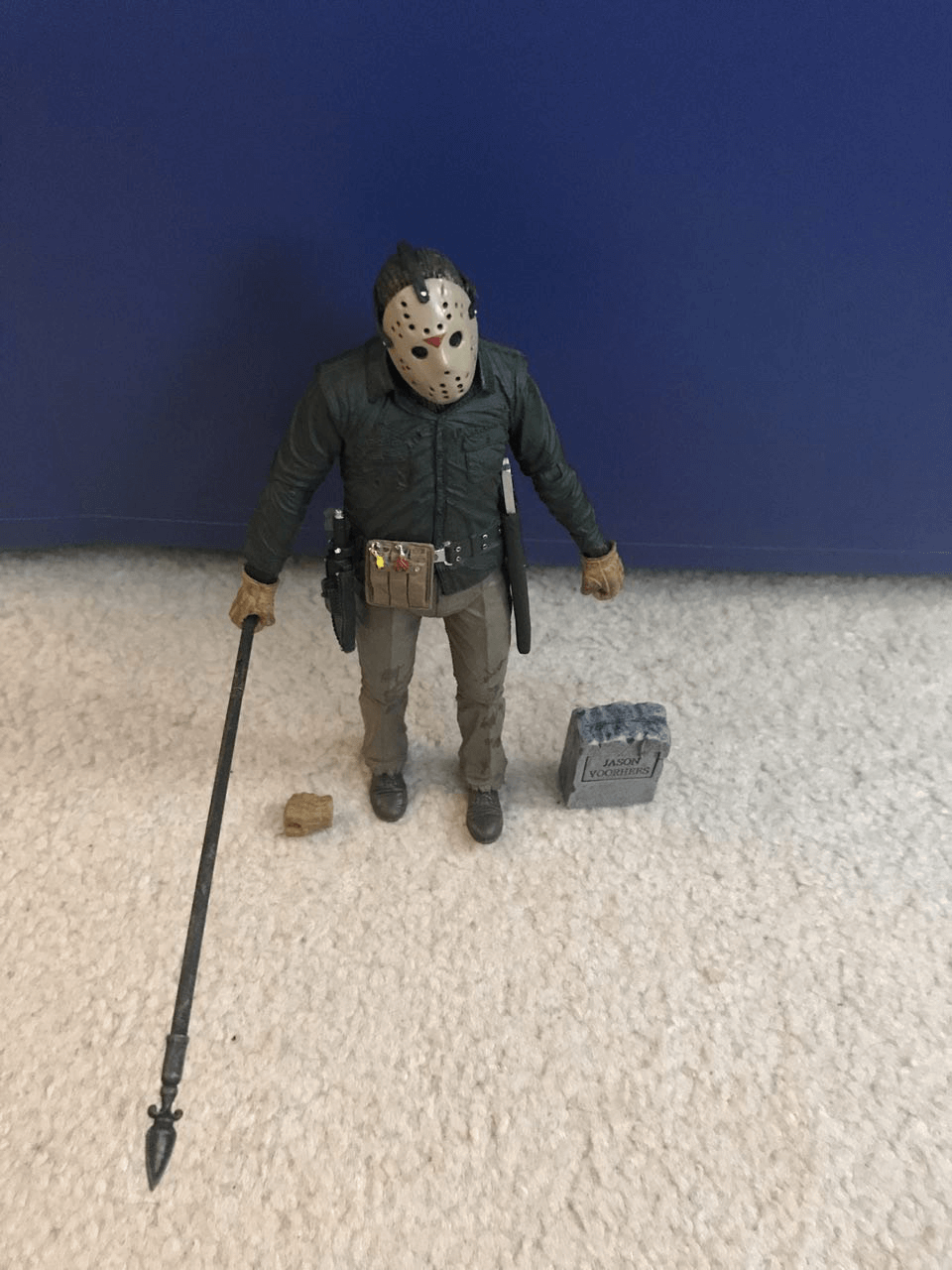 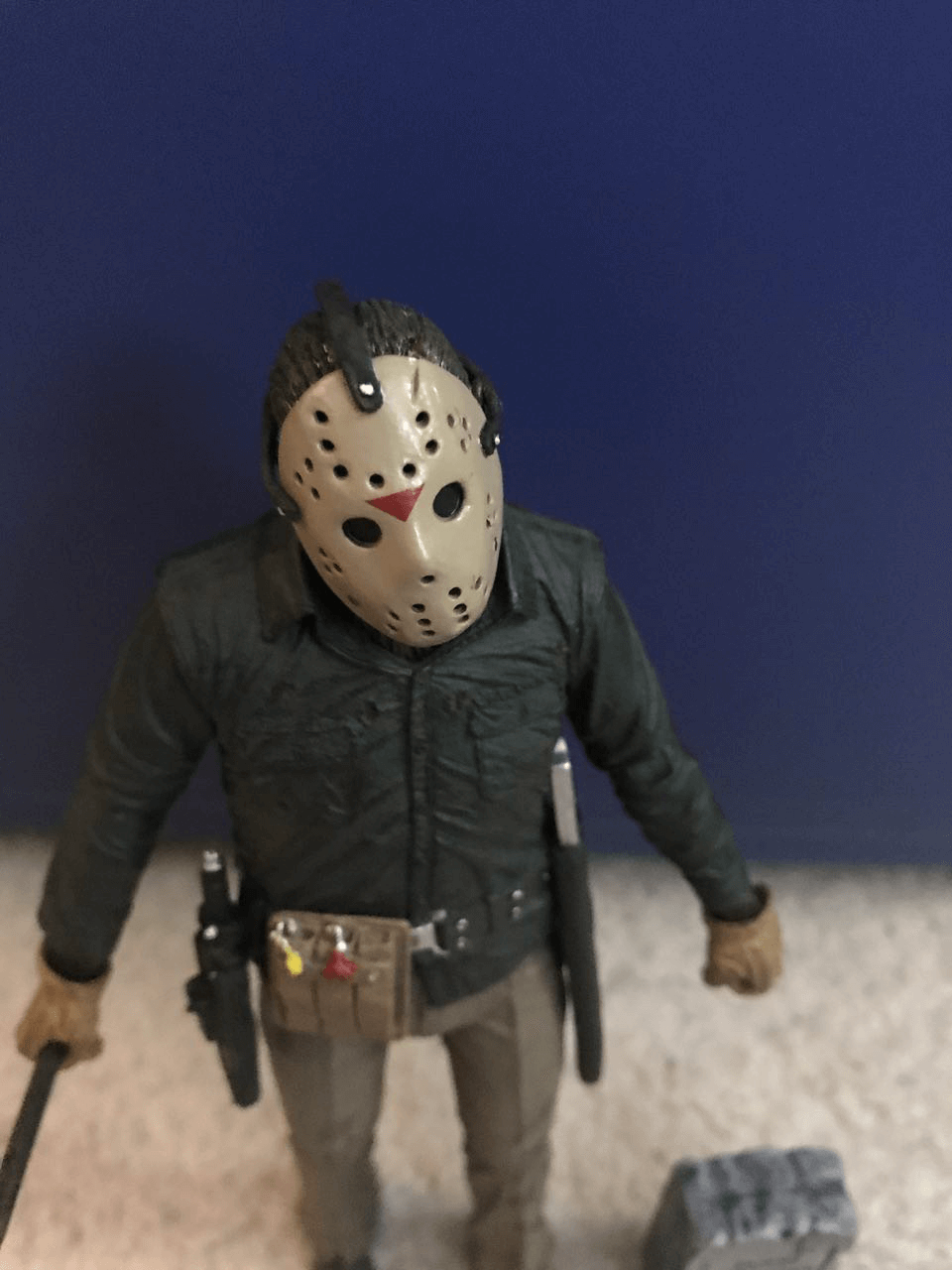 Everything about this figure is great. The sculpt, likeness of the face and mask, and variety of weapons are movie-accurate. The packaging is ideal for in-the-box collectors and the MSRP price of under $30 can't be beat for the quality you are receiving.

One on the only complaints I have with this figure is the difficulty of getting the fence post into Jason's hands. It felt very fragile and I was afraid I might break it. Loose collectors will also want to get a base for Jason as the proportions of the figure don't let him easily stand up on his own.

NECA's Ultimate Part VI Jason is a must-own for both action figures collectors and Friday the 13th fans. It simply looks amazing and is a very high quality action figure.