As we honor women in horror this month, let's pay tribute to those who put up a great fight but ultimately still met their fate at the hands of their attackers. Whether they were flirting with the boogeyman, falling victim to masters of power tools, or just refusing to let go of a phone while fleeing a killer, the following ladies made my list of top 10 women deaths in horror.

You have a pretty girl alone in a big house when a stranger calls and she angers him. At this point, you know her fate is sealed. While making Jiffy Pop, Casey gets a prank phone call that quickly turns sadistic, threatening, and all-around frightening. The teen soon learns that the caller has her boyfriend and will kill him if she can’t answer three questions correctly. After she gets the first one wrong, naturally, she faces the expected consequences.

Refusing to answer any more questions, Casey tries to flee the house with a knife and cordless phone in hand. After losing the knife, she is chased down by Ghostface and stabbed, choked, hit, and dragged through the yard. Finally, she’s hung from a tree all while remarkably never dropping that cordless phone. She could have used it to hit him or thrown it to get the attention of her parents who arrived home as she stumbled around the yard. Must be some expensive phone to lose your life over. 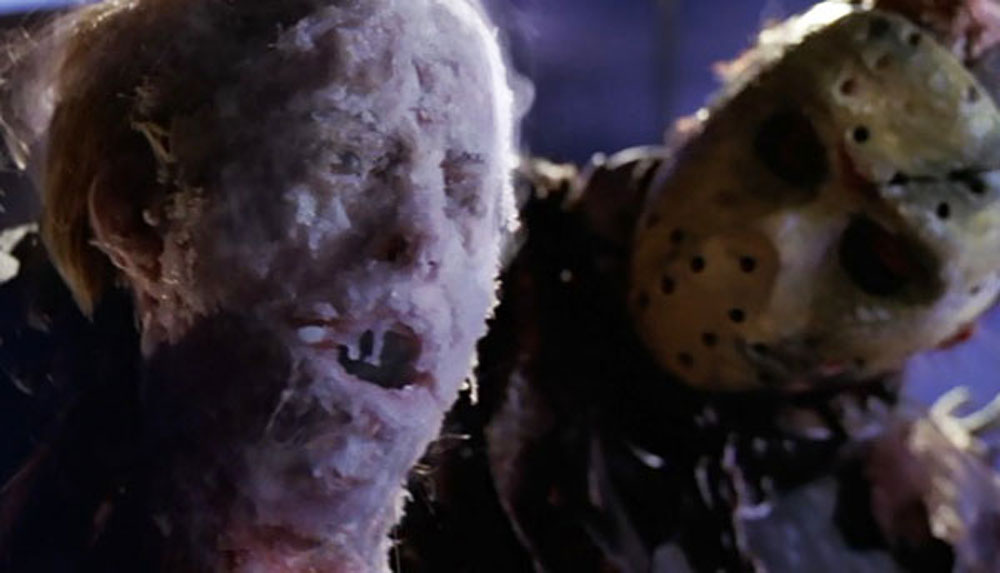 Not to be left out in the cold, our ninth kill is probably the only good thing to come out of the tenth installment of the Friday the 13th franchise. Sadly, fourth-time Jason Kane Hodder couldn’t even save this film. Despite it having a multi-million dollar budget, the weak cast and even weaker script secured its doom both critically and at the box office.

The only thing that marginally saves Jason X is the fan-favorite frozen head kill. As Jason is thawing on the table in the morgue, Adrienne, oblivious to who it really is behind her, continues to work. Once Jason awakes, he approaches his soon-to-be-victim and grabs her. As they wrestle around the lab, there just so happens to be a conveniently-placed sink full of liquid nitrogen uncovered.

Our killer forces Adrienne face-first down into it and freezes her mid-scream. After pulling her head out, he smashes it on the counter. I guess this proves you need to keep chemicals stored properly when you have a supernatural slasher close by.

P.J. had the role of Lynda written for her after John Carpenter saw her performance in Stephen King’s Carrie. In Halloween, unaware of the death of their friend, Annie, Lynda and her boyfriend take advantage of the empty house and get busy in an upstairs bedroom. Of course, after some passion you need a beer so Bob goes downstairs to get a cold one, but unfortunately ends up with a cold blade pinning him to the wall. Ouch.

Was Myers just being playful when he put on Bob’s glasses and a sheet before going upstairs to get Lynda? After she flashes him, Lynda attempts to call Laurie, unaware that she is about to become yet another victim of Michael Myers. As Laurie answers, the killer grabs the phone cord and wraps it around Lynda’s neck, strangling her to death. Thus, horror movie etiquette must include never making prank phone calls, because you just never know when you will need to call for help. 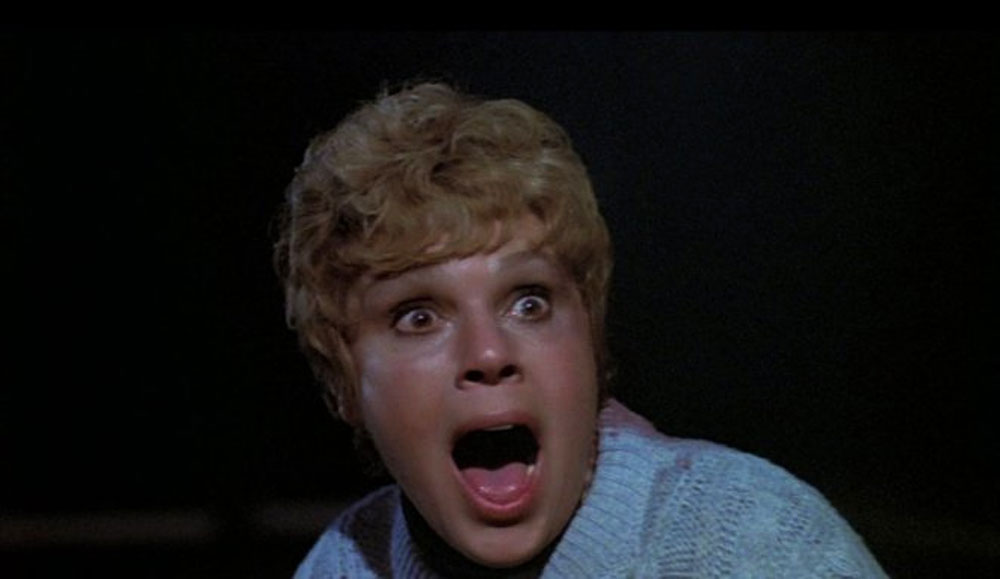 If you decide to be a counselor at a creepy camp, be sure to watch the kids swimming instead of getting busy or you could lose your life. The first Friday the 13th movie made its way to the big screen in 1980 and featured the appearance of a mysterious killer at Camp Crystal Lake with revenge in mind.

It isn’t until the end of the film that Jason Voorhees’ mother, Pamela, was revealed to be responsible for the killings as a way to pay back those who neglected her son when he drowned in the lake years prior. Betsy ultimately loses her head when one of the counselors, Alice (Adrienne King), fights back and attacks her with a machete. 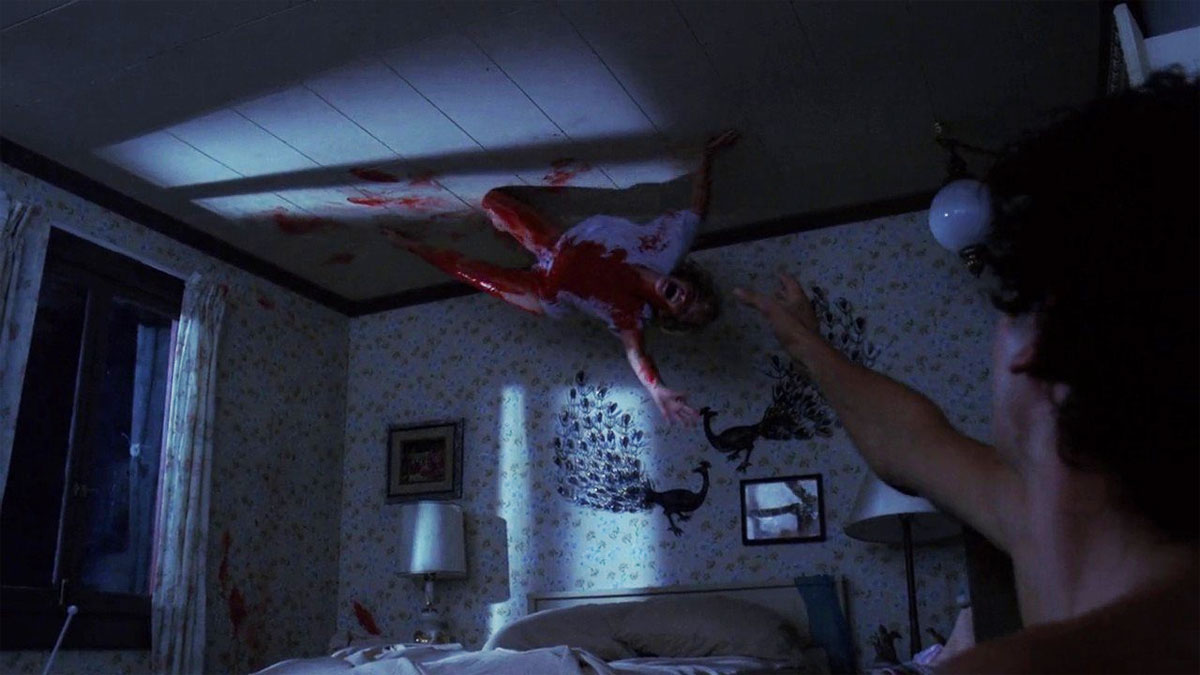 Freddy Krueger slashed his way to becoming a true horror icon after he was introduced to viewers in 1984. The burned killer found his victims after they fell asleep, making it even harder to fend him off. Tina was no exception. Falling asleep beside her boyfriend was no help as Freddy entered her dreams and began slashing away.

The effects, even back then, were quite remarkable as Tina’s body appeared to be dragged around the walls and ceiling, leaving trails of her blood behind. Once Freddy had his last slash, she toppled down to her bed with a terrified Rod watching helplessly. This one gave night terrors a whole new meaning. 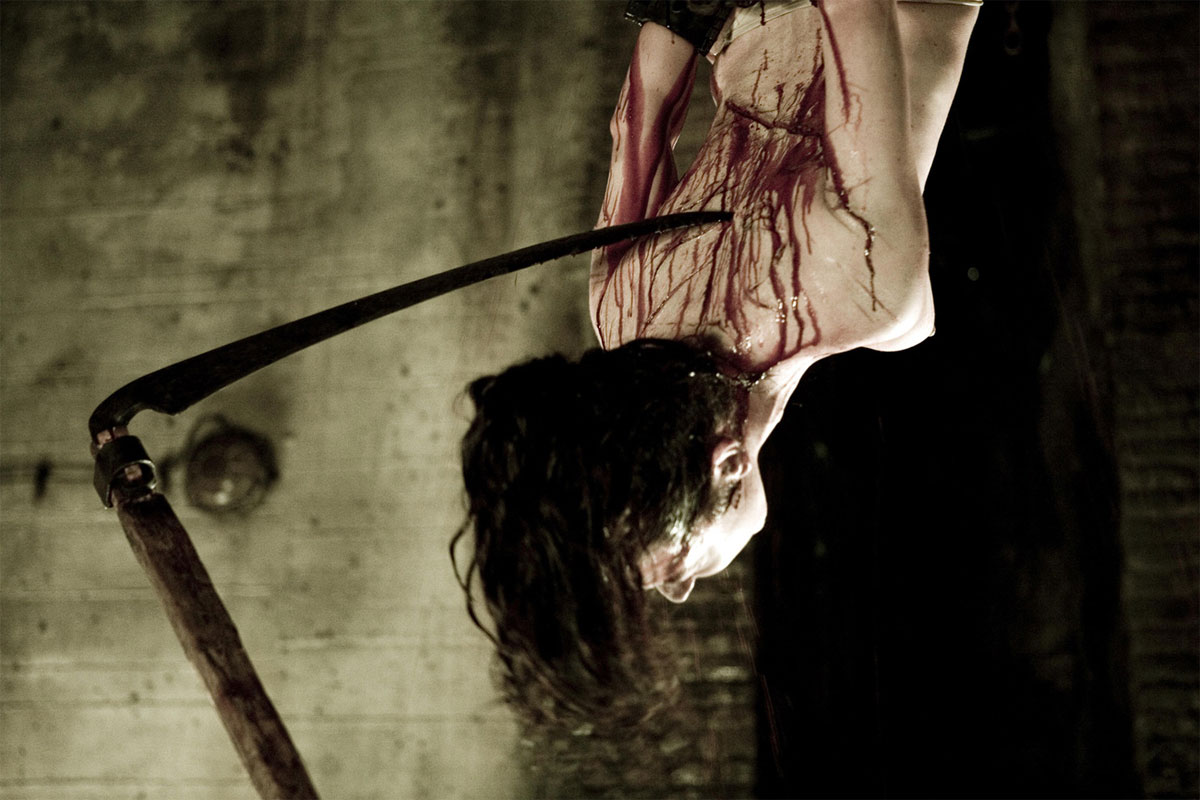 Studying abroad can be educational, exciting, and an experience one will never forget. Three college girls never expected more than that when they decided to stay at a Slovakian hostel. They quickly realize they have become more than just tenants when the richest people in the world begin bidding on them with a sadistic purpose in mind.

Heather plays Lorna, a naïve, shy college student who finds herself hanging by a thread, literally, over a bathtub. Her purchaser emerges from the side of the room, lays in the tub, and with one swipe of a sickle, slices her open to be showered by the screaming girl’s blood. 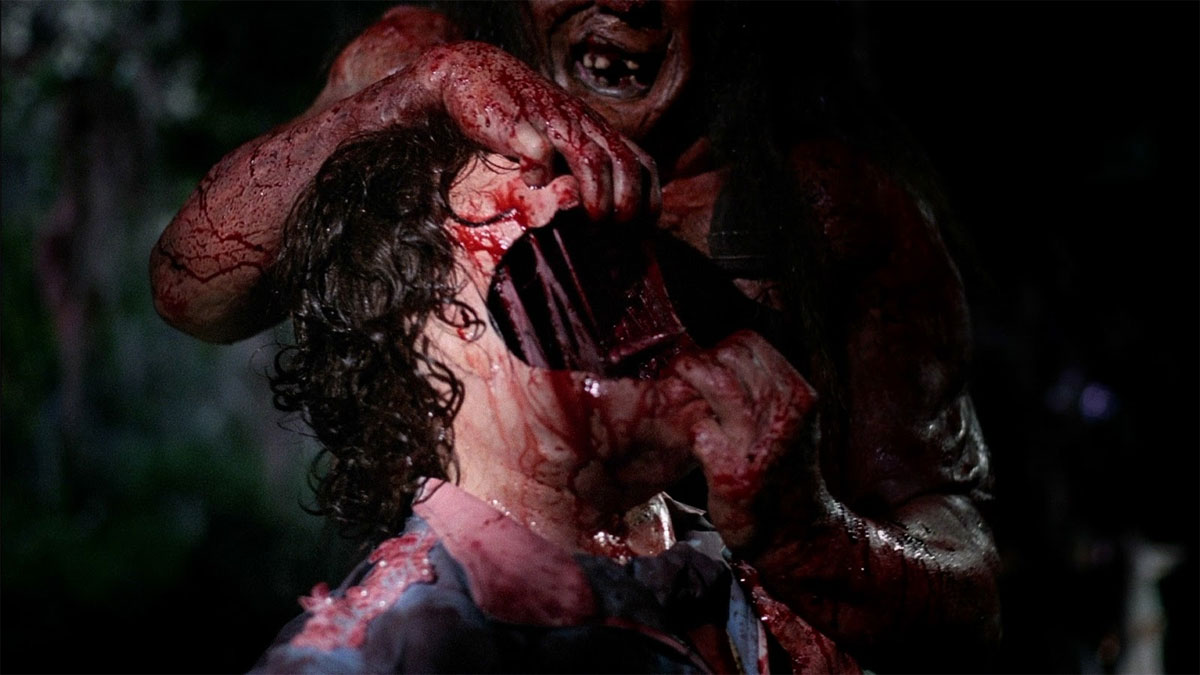 One of the most iconic kills in a horror movie in a long time belongs to our first of two entries from Adam Green’s Hatchet film series. The ripping apart of Mrs. Permatteo’s head has recently become a favorite in the violent, bloody franchise.

When a normal housewife and her husband go on a ghost boat tour in the swamp, they never thought they’d become victims of Victor Crowley. After her husband loses his arm, Victor chases down Shannon Permatteo, grabs her by the mouth, and proceeds to rip her face in half. Over the top and bloody, the scene produced one of the most memorable kills of the franchise. Patrika, an Emmy-award-winning actress known for her drama roles and soap opera career, did a fantastic job in Hatchet. 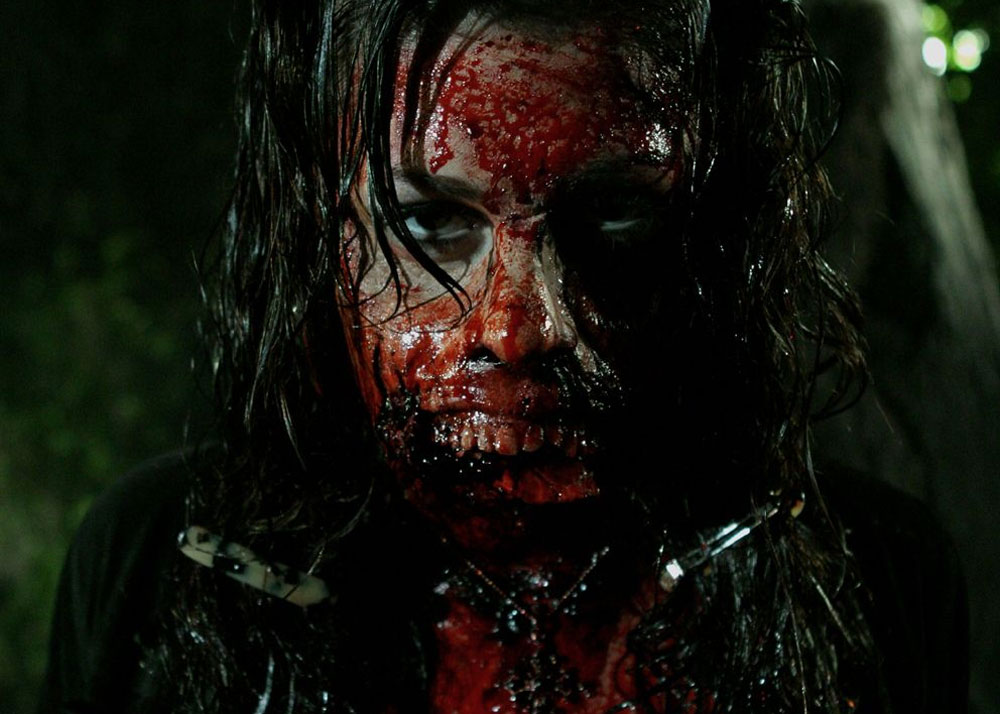 One wouldn’t dare to imagine they would come face to face with a gas-powered belt sander in a hot, muggy swamp of New Orleans, but that is exactly what happened to Joleigh’s character, Jenna. Adam Green’s Hatchet franchise rejuvenated Kane Hodder’s career as the disfigured supernatural killer of the swamp and it brought with it plenty of great kills.

As Jenna and her boat tour companions become stranded in Honey Island Swamp, each of them is attacked by Victor Crowley (Hodder). While all of the kills are over the top and feature copious amounts of fake blood and innards being thrown around, it was Jenna’s kill that proved a facial could be deadly.

As Crowley appears behind her, he grabs her hair and proceeds to remove that pretty face of hers with a belt sander that just happened to be out in the swamp, reminding us all the importance of not leaving tools lying around after a hard day's work. 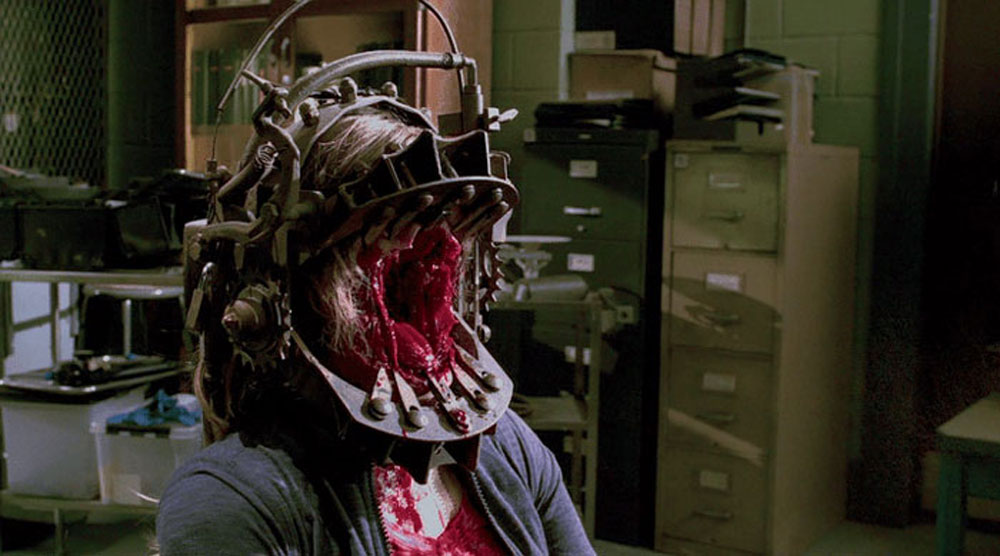 A little franchise called Saw became a cut above the rest and taught us to cherish our lives. In it, the infamous Jigsaw Killer took it upon himself to teach lessons to those who took life for granted. Betsy’s character, Jill Tuck, was the wife of John Kramer, who, after a cancer diagnosis and losing his unborn child, decided it was time to put his engineering skills to the test and begin his life’s deadly work.

Throughout the series, we thought Betsy’s character was just an innocent divorcee who lost her baby because of the people she was trying to help. John always protected her and it appeared she had nothing to do with any of the violence. By the time this film, originally known as Saw 3D, came along, the story revealed that Jill was more involved with the diabolical traps than we first thought. Unfortunately for her, she crossed paths with Officer Hoffman, who made sure that she would not be able to disclose his secret by locking her in the reverse bear trap. Serves her right. 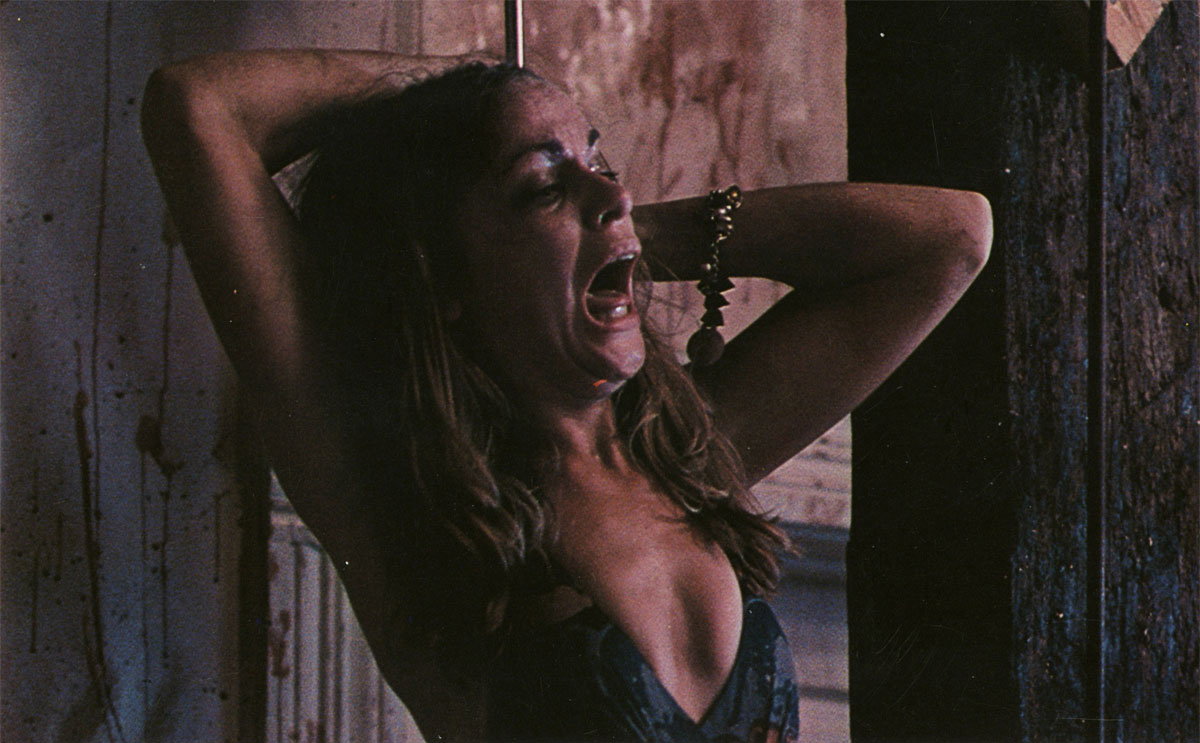 If The Texas Chainsaw Massacre taught us anything (besides how to properly use power tools), it is that should you choose to snoop inside someone’s home, be aware there can be unpleasant consequences. I’m sure Pam didn’t think she’d be left hanging after her boyfriend Kirk went missing.

After landing face-first in a room full of bones and feathers, the victim-to-be decided it would be best to leave the death house, unaware that Leatherface had other plans for her. Maybe he just wanted to play with or entertain her, but since he clearly didn’t have any rope or handcuffs nearby, he used the next best thing: a huge hook suspended from the ceiling. He obviously wanted her to hang around until he was finished preparing Kirk.

Moral of the story, folks: don’t trespass. This has since become one of the most iconic scenes from the franchise, and my top woman death in horror.

While this is just the tip of the sharp blade knife of kills of talented actresses in the genre, the above scenes have been some of my favorites over the decades. Which kills do you think we should have included? Let us know in the comments down below or on social media!

Alien: 40 Years 40 Artists Brings Together Some of the Best Alien Artwork in One Amazing Collection
This art book offers fans of the franchise plenty to feast their eyes upon.
By M.T. Bates
2 days ago

Area Bus Driver Insists Schools Reopen on Time This Year
Reports indicate it is highly unlikely that any of these students will die from COVID-19 when they return to the classroom this fall.
By The Rotting Corpse
8 days ago