The film adaptation of Stephen King’s Doctor Sleep from Mike Flanagan is gearing up for its home video release and we have the first details for you today. Arriving on February 4th in physical formats and January 21st on Digital, the release will include the 180-minute extended director’s cut, which contains almost a half hour of footage not included in the theatrical version.

We have no further details regarding the release for now, but you can see below for the cover art and get your pre-orders in on Amazon. It is currently available in 4K Ultra HD, Blu-ray, DVD, and Digital formats. 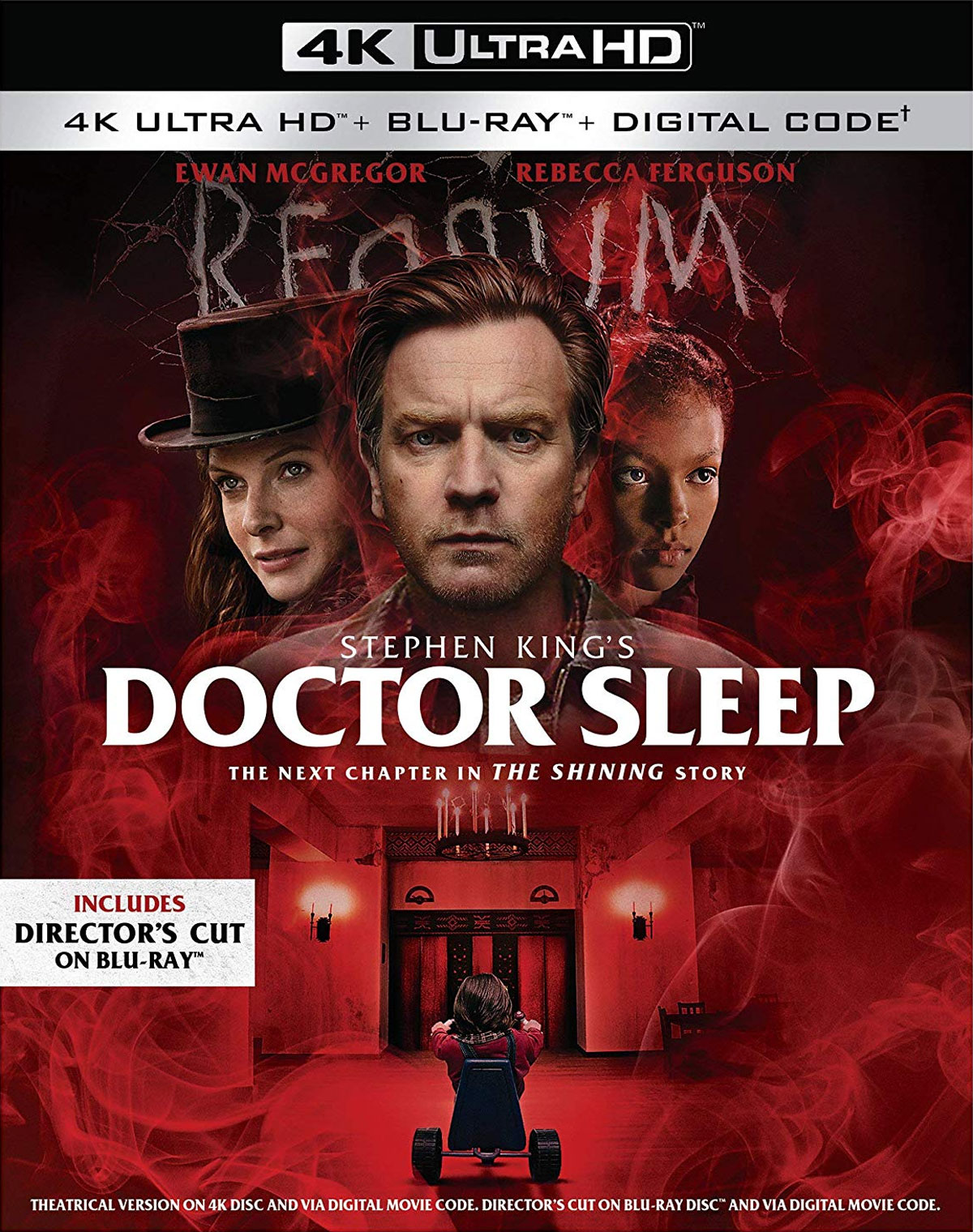