Review: Head Count is the Latest in Supernatural Horror

A shapeshifting, malevolent spirit terrorizes a group in the California desert. 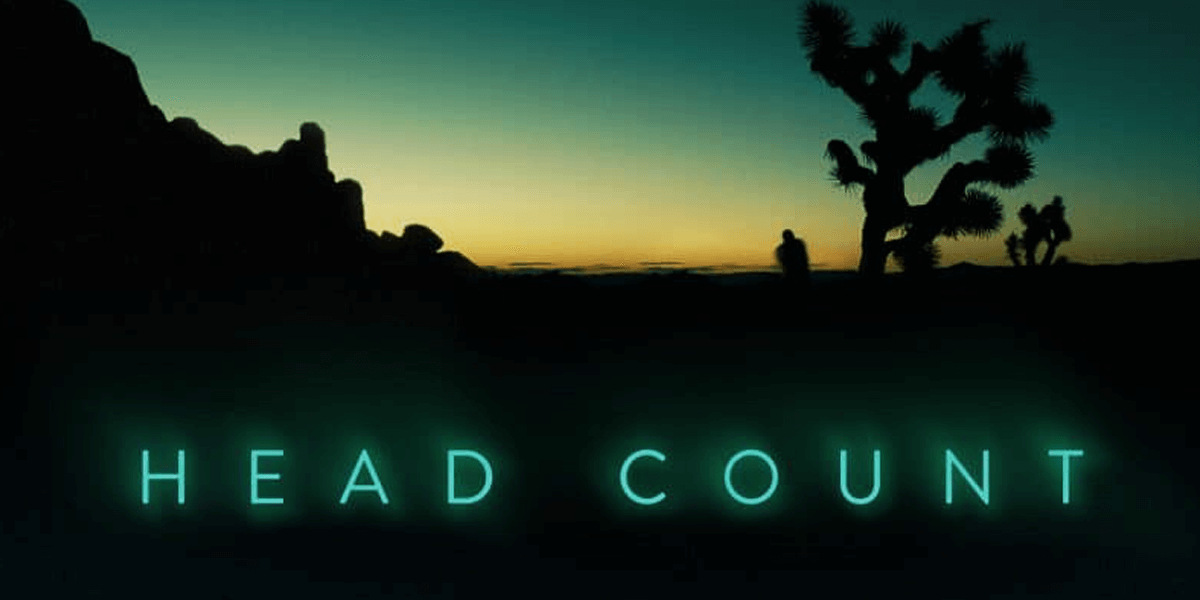 Urban legends and parties have gone hand-in-hand for decades. The dares to go in the bathroom, turn off the lights, and invoke the spirit of Bloody Mary by repeating her name multiple times has not only been present on both small and big screens, but also passed down for generations. Throughout popular culture, the act of evoking spirits in mirrors has become a regular in horror to add that element of terror and supernatural.

In the early ‘90s, we were introduced to Candyman. Speak his name in a mirror and face the terror of the man covered in bees and a hook for a hand. Then, in 2005, the popular Urban Legends franchise gave us Urban Legends: Bloody Mary. The direct-to-video release focused more on the supernatural than the previous slashers in the series.

Directed by Elle Callahan, Head Count, which has just arrived on Netflix, stays true to that concept, but instead of a mirror, you just need to read a passage repeating a demon’s name five times. Simple enough.

Released in September of 2018, filmed in Joshua Tree, California, and starring a group of virtual unknowns, the film, despite having a slow start, soon delivers some thrilling scenes and twists that the viewer may not see coming. The story focuses on our main lead Evan (Isaac Jay), who is visiting his brother in the desert when they cross paths with a group of teens partying nearby. He returns to the rental house with these new friends and as they tell ghost stories around a campfire, he reads a chant from his cell, repeating the name Hisji multiple times.

It’s not long before strange things begin to occur to the group. Unlike most horror movies, where you eventually see the monster, Head Count doesn’t reveal one. The movie doesn’t rely on blood and gore or sharp-toothed monsters to scare the viewer. Instead, it’s more psychological and supernatural, but still manages to provide some solid scares.

Before long, Evan realizes that something is just not right after he finds satanic symbols in a rundown barn located near the home. He starts to research Hisji and finds out that others have went missing after evoking this demon. Reading, he finds out that for the presence to fulfil its deadly ritual, items and people need to be grouped into five. Thanks to the chameleon-like nature of the entity, it allows the members of the group to be suspicious of those around them. All in all, a perfect way to set up the remainder of the film.

The film had a good plot and concept of a horror movie without showing an actual monster. Its runtime was appropriate for the telling of the story while the special effects, when used, contributed to the film without taking away from it or cheapening the story. Head Count is operated on the belief that what you can’t see can sometimes be scarier.

It has a slow start leading up to our lead meeting the group. While the writer did a good job focusing on one or two key characters and their backstories, the remaining cast just seemed to go along for the ride. More substance with all characters could have made this a worthy competitor within the horror genre. The execution lacked in some areas to keep the viewer engaged, especially in the beginning.

If you’re looking for a fun movie with an urban legend feel to it, then Head Count is for you. While it may not lead to sequels or small-screen opportunities, it is still a good effort to scare viewers. You can watch it now on Netflix or similar VOD platforms.