In a slight departure from the book’s story, there was a very specific reason this scene was imagined for the big screen. 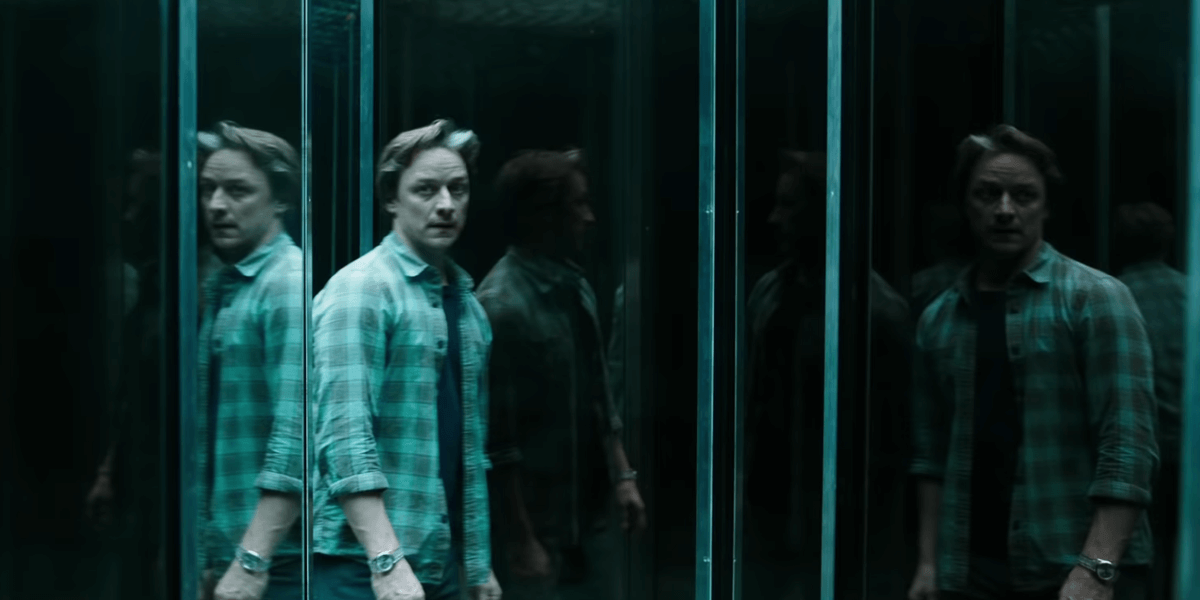 You may recall hearing a couple weeks ago that an all-new scene was added to It: Chapter Two at the request of none other than Stephen King himself, but this week we learned of another new scene that wasn’t part of the novel’s original story. In a recent chat with EW, adult Bill Denbrough actor James McAvoy revealed the origins of the new hall of mirrors sequence, which you may recall seeing a little bit of in recent trailers for the film.

“We were missing a vital story beat for Bill where he dealt with his guilt that he caused his brother’s death,” explained McAvoy. “I said to Andy, “What can we do?’…and literally in 50 minutes, he invented a whole new sequence. It was never in the script, and it isn’t in the book. It’s brilliant.”

According to director Andy Muschietti, the entire scene was shot with virtually no CGI, except for one specific moment, using two cameras rolling simultaneously. From what we have seen in preview footage, this sequence is set to be a terrifying one and looks right to feel right at home with King’s overall story of the adult Losers’ Club returning to Derry.