We already caught a glimpse of the show in a teaser and short clip, but today we have the full trailer for you to enjoy.

The upcoming Scream television series revival is on its way to VH1 and we have the full trailer for you to check out, which introduces our main cast and teases a bit of the murder and mayhem on its way to Atlanta. As we previously reported, the third season of this show will serve as a reboot following the first two installments, which aired on MTV, and will be presented as a three-night limited event. Give the trailer a watch above and read on for more details on the show.

Scream: Resurrection will consist of six hour-long episodes, with two airing per night over the course of three nights. It’s a limited event featuring an all-new cast, but it does come with a few exciting caveats. For starters, the mask used on screen will be the original one from the first film, which is being used on television for the very first time. In addition, original Ghostface voice actor Roger Jackson is returning to reprise his role in this rebooted series.

The new story will follow Deion Elliot, a local star football running back, whose tragic past comes back to haunt him and threaten his hard-earned plans for the future – and the lives of his unlikely group of friends. Starring is RJ Cyler, Mary J. Blige, Keke Palmer, Tyler Posey, Tyga, Giorgia Whigham, Jessica Sula, C.J. Wallace, and Giullian Yao Gioiello, with Paris Jackson guest starring.

Scream: Resurrection will begin its three-night event on Wednesday, July 8th with its first two episodes, followed by the next four split between the 9th and 10th. Each night’s airings will begin at 9:00 PM. 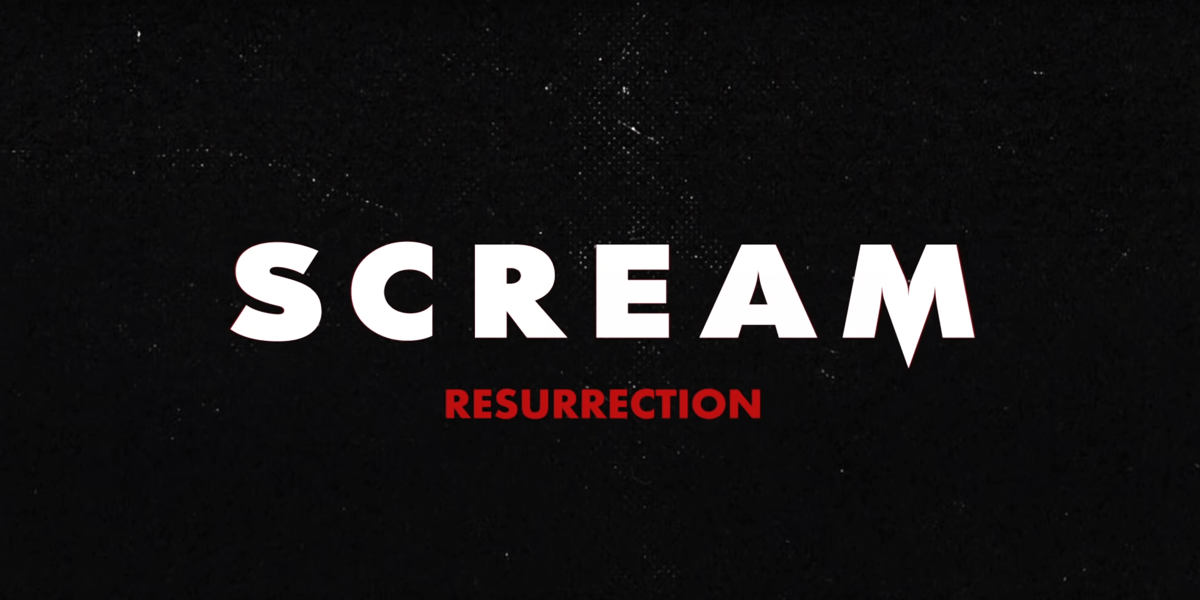 Ghostface Headed Back to Television in VH1’s Scream: Resurrection

The retooled third season will feature an all-new cast as well as the original mask and voice actor.