E3 2019 is upon us and we’ve got a few interesting things to share with you regarding Techland’s Dying Light 2. While these are indeed pieces of concept art, they served as the foundation for some similar ideas for the final game. In any case, they are quite astonishing to look at and we can’t help but share these with you. Check it out. 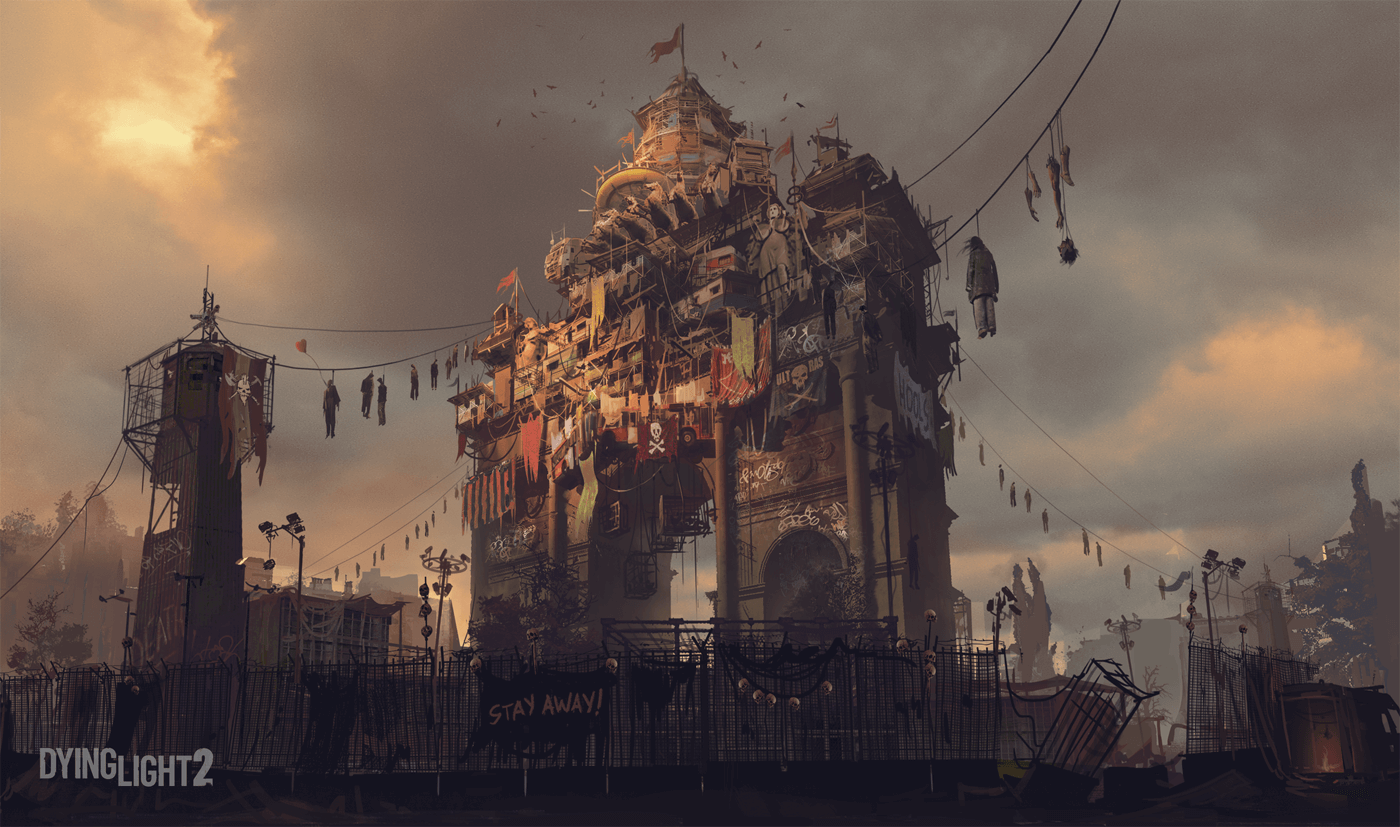 As was exclusively shared with VG247, this particular piece is called the “Bandit Arch” and it shows one of the enemy faction’s home base in the game’s European-inspired city.

“The world of Dying Light 2 has fallen into a period of Modern Dark Ages,” creative director Adrian Ciszewski said. “What has brought out the survivors’ resourcefulness and resilience has also brought out the worst in others. Broken monuments from the old world are constant reminders of a fallen civilization, one that used to hold great plans for the future.”

As you can see, there are numerous flags hanging along the front of the structure in order to mark the territory and invoke fear in anyone foolish enough to intrude in their area. Upon closer inspection, there are flags with the text “Ultras” and “Hools,” which are likely a couple of the factions taking shelter here, along with some graffiti sprayed on the side of the building. Not only that, if that isn’t intimidating enough, there are even bodies of the dead hanging on some wires as well.

“This arch, once a moment to society’s great achievements, is now the home base of violent thugs,” continued Ciszewski. “Hedonism and greed are the governing values of Dying Light 2, and those are not strong foundations for building more than a house of cards. As players work towards destroying the Bandit compounds, the more hope there will be for survivors to build this new world.”

Pretty interesting to say the least! You’ll want to make sure you have the right gear whenever you encounter these bandit compounds, which are scattered throughout the map and will serve as outposts once you successfully capture them. 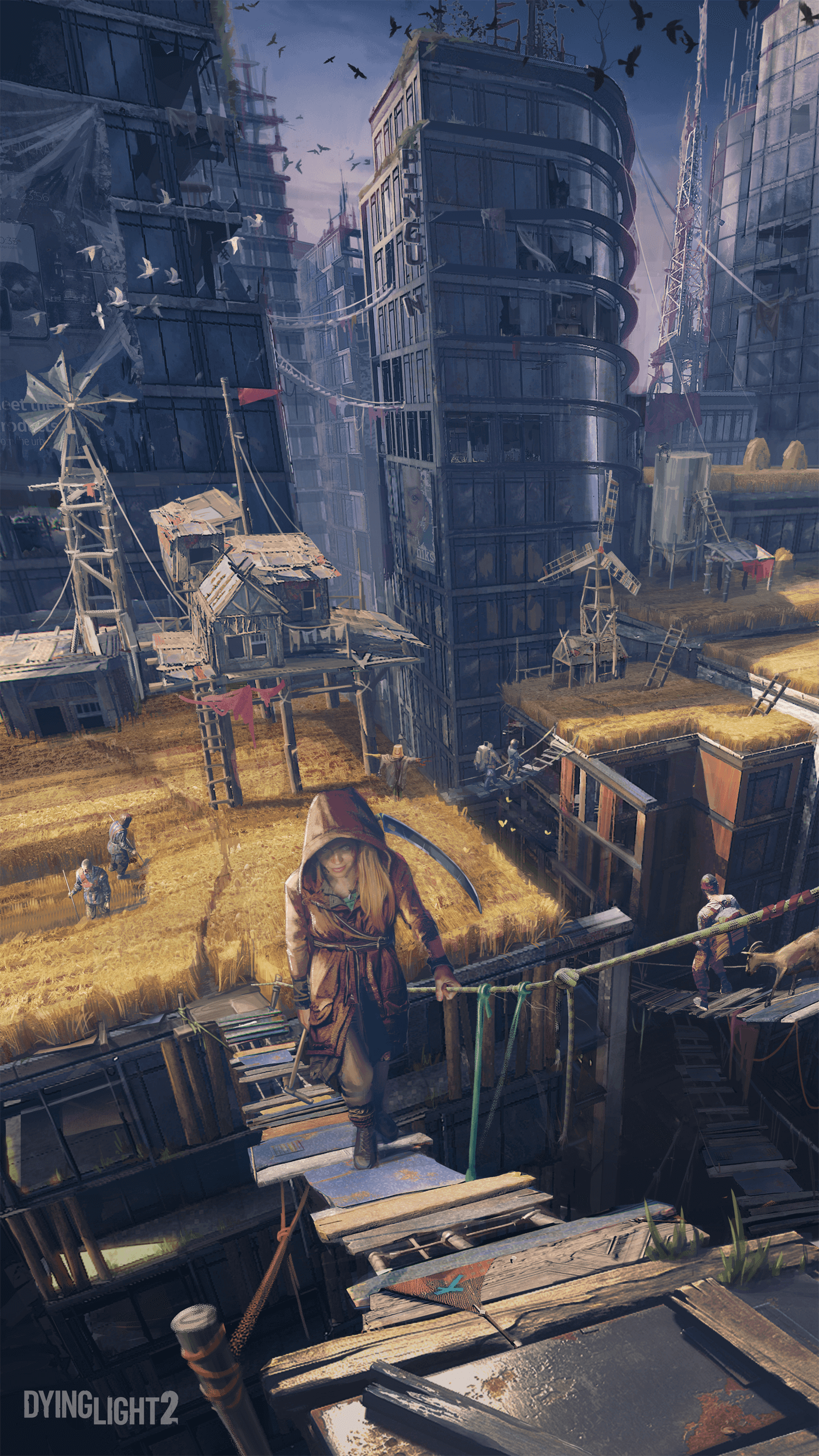 This next piece of concept art shows off a rooftop farm, which seems to indicate that survivors are turning to agriculture to meet their nutritional needs as food from the old world is disappearing or gone altogether.

“You will be shaping the world around you using resources you collect and steps you choose to take,” Ciszewski tells GameSpot. “The path to achieving your goal will at times take unexpected turns, but you can always get back on track, at a certain cost. The thriving rooftops are visible proof of a path once taken by the protagonist--the more he helps the survivors, putting his own needs aside, the more life and hope can spread throughout the city. Players will have their own cities that entirely reflect them in Dying Light 2.”

We knew previously that Dying Light 2 was going to have a fully-functioning ecosystem, but we now have a better idea of what that means thanks to these comments. So, as you traverse through the city, putting your immediate needs aside to help other survivors seems to have a pretty good payoff in the end.

From what we gather of this information, the ultimate goal of Dying Light 2 is to free the city from those who wish to destroy it or cause terror, along with whatever story mode awaits us as well. It seems likely these are both intertwined somehow. 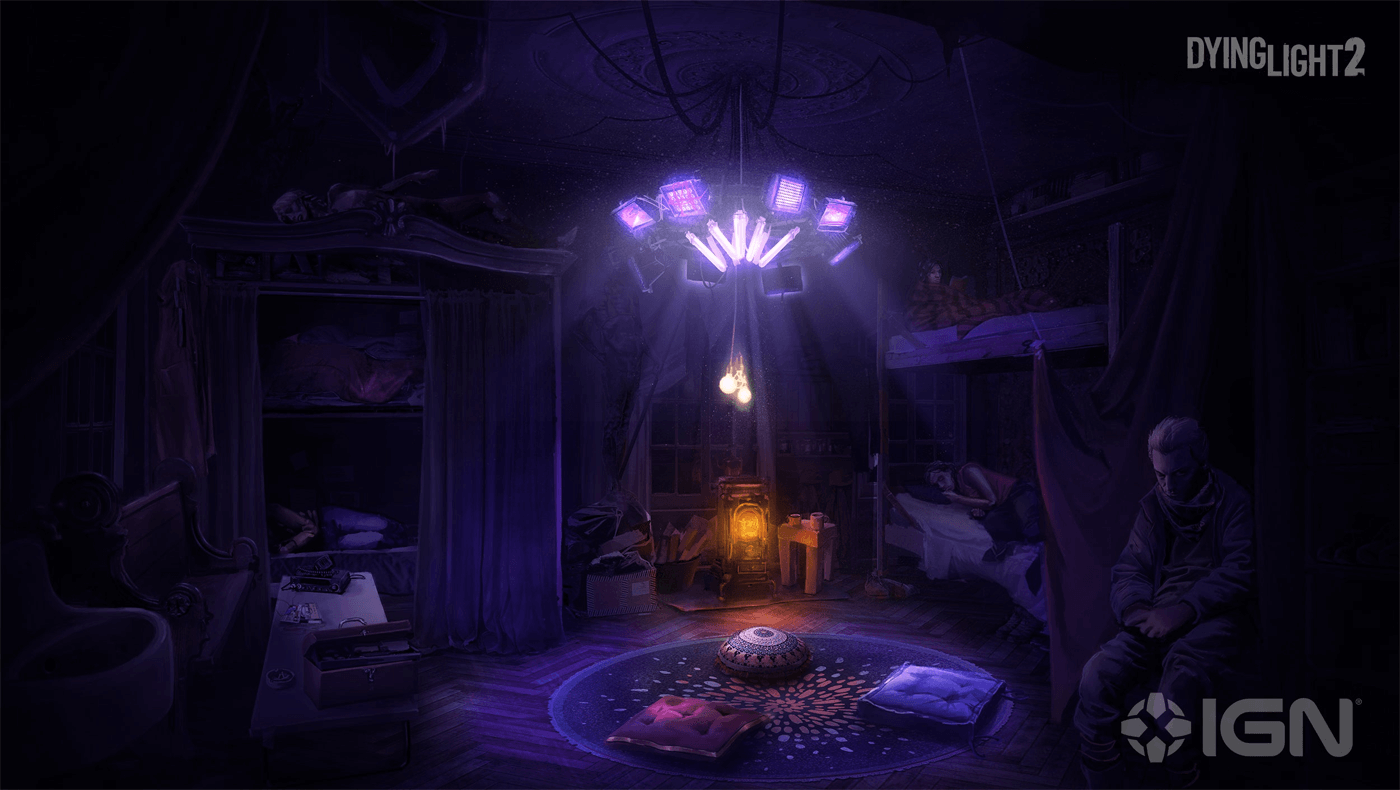 Finally, we have some concept artwork detailing the UV light mechanics that are returning from the original game, which was exclusively shared to IGN. The bedroom, which is inside a former Academy of Fine Arts building, belongs to the Scavengers. They are but one of the factions you’ll encounter in the game along with many others!

“The world of Dying Light has changed, and so have the infected,” lead game designer Tymon Smektala said. “UV light, which players will remember as a powerful tool from the original game, is more potent than before. In Dying Light 2, UV light can confuse the infected making them easier to kill and can also help you rebuild immunity to the virus, and remain human. It can also be used to create a portable safe spot, a must have in a dark zone or on the run from the infected.”

This is another interesting feature and players will need to remember to equip the UV light more often than they did in the first game. We’re likely to see this feature and more on full display when Dying Light 2 is shown at this year’s E3. Thus far, this game is looking to be an exciting step forward in the series and we’re anxiously awaiting what’s in store for us.

Dying Light 2 is releasing for the PlayStation 4, Xbox One, and PC. No release date has been announced yet, but that is likely to change very soon. Stay tuned to Dead Entertainment for all the latest news on Dying Light and its upcoming sequel.