Here is your first look at the Thinblood, Brujah, and Tremere clans in the follow-up to the upcoming cult classic action RPG. 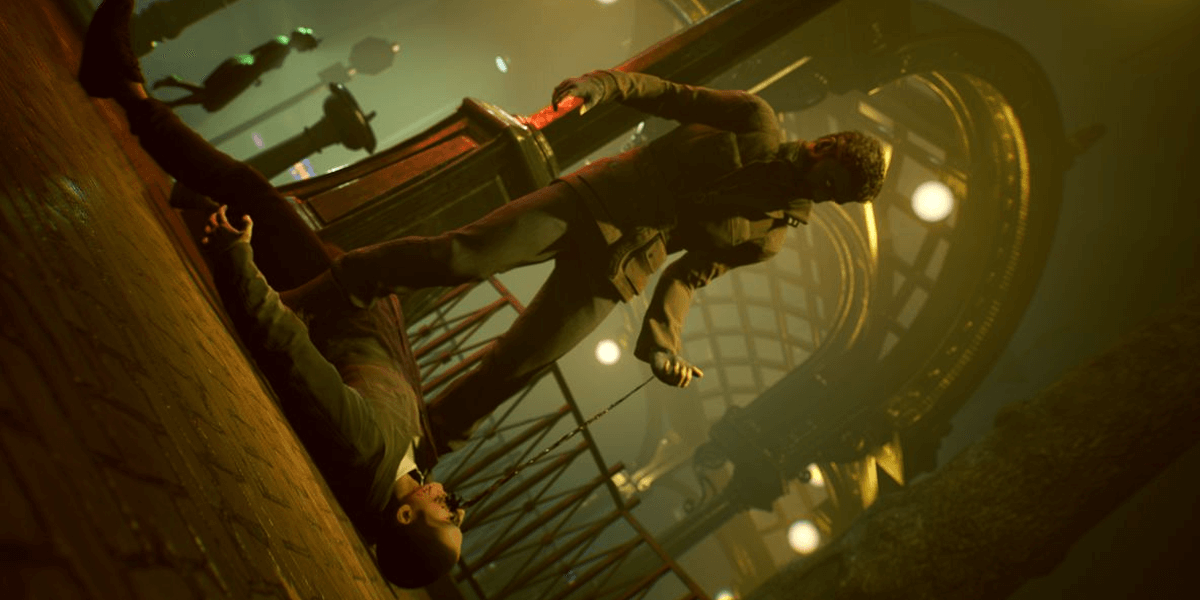 Earlier this year, we received our first look at the sequel to Troika Games’ 2004 action RPG, Vampire: The Masquerade - Bloodlines. It’s a title that quickly achieved cult classic status for its acclaimed writing and robust narrative, despite a number of bugs, technical problems, and an overall lack of polish. The first trailer for the title arrived back in March, but today we are going to look at the first three vampire clans that will be featured in the game, which boasts six factions in total.

Before that, though, let’s recap what this dark, unforgiving world is all about. Vampire: The Masquerade - Bloodlines 2 is set in Seattle, where a number of distinct factions of vampires co-exist, although the politics of this shaky balance remain ever complex. One night, a large, unsanctioned attack on several humans takes place and the main character is thrust into this now-volatile situation, forced to pick a side and get to the bottom of the mystery.

The first clan that new developer Paradox Interactive has introduced us to is the Thinblood faction. They are described as the vampire equivalent of street kids, youthful and largely disconnected from the source of their power and the ancient disciplines that define the other clans’ traditions. Many of these vampires don’t last very long, but things could certainly change if the right protagonist comes along to prove the establishment wrong about them.

Thinbloods have three possible disciplines of skills. The first is Chiropteran, which takes advantage of a vampire’s affinity for bats, both in summoning swarms and with the user’s own movements through the air. The Mentalism discipline is all about telekinesis, allowing vampires to levitate their opponents and pull objects from their hands. Finally, the Nebulation discipline harnesses the classic power of mist, allowing the vampire to create protective shrouds. Watch the introduction trailer for this clan below.

Next up, the studio introduced us to the Brujah clan, which puts a premium on independence and anarchy above all else. At their core, they are the punk rockers of the vampire world, featuring raw power they sometimes use to make money as muscle or mercenaries. The clan is best described as one of rebels and rejects, but they embrace this identity throughout their ranks.

From a gameplay perspective, these vampires stick to their themes well in their disciplines, although only two choices are available that emphasize power and speed. First, the Brujah have the Potence path, which is all about punishing enemies through raw physical strength. The Celerity discipline is a bit more nimble, however, allowing vampires to utilize their power to push their speed beyond all limits. Check out this clan’s introduction video below.

The latest clan to be introduced is the Tremere faction, which harnesses the power of blood magic. Their clan is a bit more exclusive, traditionally keeping to themselves throughout history. However, recent events have forced them to begin seeking allies wherever they are able, offering services and secrets that were once kept only for their kind. Times have changed and the vampires of the Tremere clan are adapting accordingly.

There are two types of disciplines this clan employs in their battles. The first is Auspex, a path that gives the vampire heightened senses and tracking skills as well as the ability to separate consciousness from body. The Thaumaturgy discipline is a bit less subtle, granting them the ability to harness the power of blood to assault their foes with deadly magic. A preview of the Tremere clan can be found below.

More clans will be revealed in due time, but the above previews should give you a solid idea of just how many differing perspectives will be coming into play throughout the story of Bloodlines 2. Given the drastically opposing nature of some of these clans, the stage is set for the game’s political intrigue to weigh heavily on its narrative. Fortunately, that’s just what fans of the original title want to see.

Vampire: The Masquerade - Bloodlines 2 does not have an exact release date just yet, but is expected to arrive sometime in early 2020. The game will be released for PC, PlayStation 4, and Xbox One, but pre-orders are only available for PC at this time. Stay tuned to Dead Entertainment for all the latest news and updates on this title.

The developers over at Draw Distance have given themselves an extra week of polish for the upcoming spinoff title.

Here’s your first look at the narrative-driven title from Draw Distance.

Vampire: The Masquerade - Coteries of New York Releases on PC This December

The narrative adventure spinoff will see its Nintendo Switch version arrive early next year, plus another new franchise title has been announced.

It looks like this sequel will not be arriving in early 2020 after all, but fans can still expect to get their hands on it sometime next year.