Avengers: Endgame Spoiler-Free Review: The Ride Has Ended and What an Epic Ride It Was

"I'm here to talk to you about the Avenger Initiative." 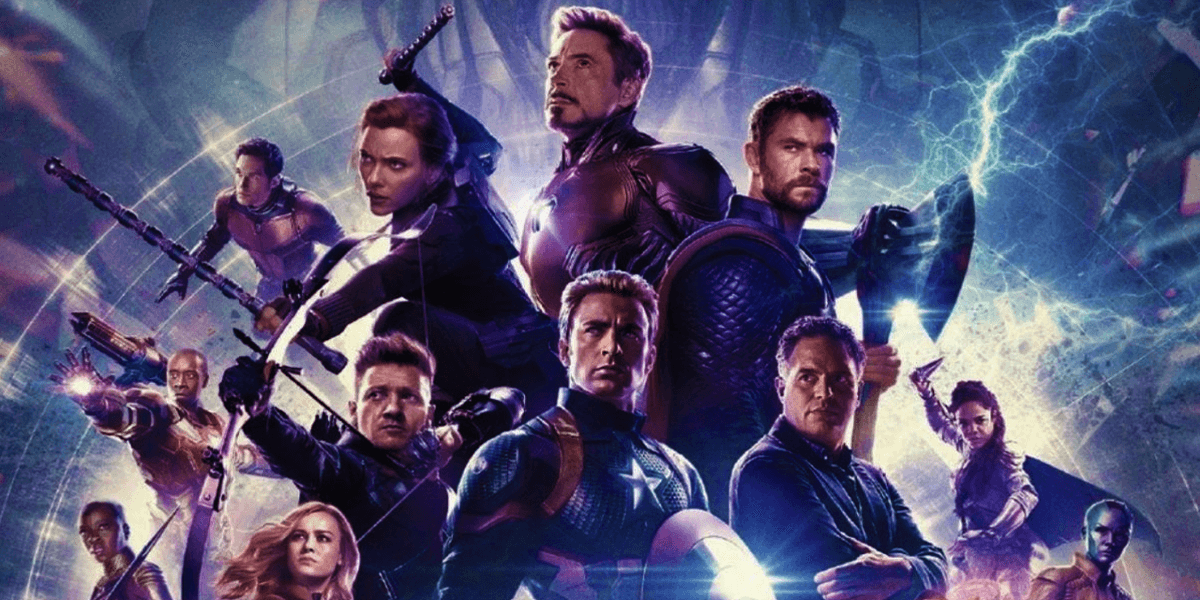 Do you remember when those words about the Avenger Initiative were first spoken during the post-credits scene in 2008’s Iron Man? Could you have imagined that those words would take us to where we are now in 2019? We have been through 22 films in the past 11 years, and while the ride has been amazing, I am glad it is over so I can recharge my batteries as we await Phase 4. However, what a ride it was and the ending could not have been more glorious.

There is a lot to say when discussing Avengers: Endgame, as everything feels more real for the characters who survived the snap. The weight of the situation is felt immediately and it never lets up. This movie is meant to be seen by those who have seen all that has come before it. It’s an ending to a legend, a true companion piece to every movie that came before it, and because of that, it doesn’t at all feel like a sequel to Infinity War. Endgame stands on its own. It’s not a sequel to any one movie, if that makes sense, but every movie before it was almost like a necessary key you needed to unlock a door which housed this film.

This is by no means a perfect movie, as I had a couple of small nitpicky issues, but we are talking about a 3-hour movie. Since the parts of the movie that bothered me only took up a handful of minutes at best, the rest of the movie easily overshadows these shortcomings. There will be scenes that people don’t like and you shouldn’t have to like every scene in a movie you enjoy. That rarely ever happens. However, there is one scene in particular near the end of the film that a certain group of people are just going to despise, which means that most people are going to love what that scene does and represents. It’s okay to cheer during this scene.

Obviously, a good number of the heroes from the previous film are gone, which significantly reduces the cast for the movie, but this isn’t necessarily a bad thing. Certain characters are now given their time to shine, like Bruce, Scott, and Rocket. These three stand out hard as they are surrounded by Cap, Tony, and Thor. Rocket has been a favorite of mine for nearly 15 years, so seeing him so prominent in such an important film meant a lot to me. The same goes for Ant-Man, who has some amazingly choice scenes. I also can’t leave out Hawkeye, who has his own story woven into this one, and it is a powerful one. They really made up for his disappearance in Infinity War, so Hawkeye fans are in for a treat.

At the end of the day, though, this is the Tony and Cap show. The wounds from Civil War are still lingering between these two, and surprisingly, there is a callback to almost every previous movie in some way. It’s staggering to see how they fit all this in without making it feel forced. Some of these callbacks leads to closure for some characters and those scenes are quite profound, especially if you have any investment in those particular characters.

This movie is funny, make no mistake about it, but it plays out so effortlessly, which is a key reason why it works. If they had forced the humor during a situation as dire as this one, it would have ruined the entire atmosphere of the movie. Yes, you’ll come across a cringe-worthy scene or two, but those are inevitable in these movies. On the reverse, you will come across some of the biggest laughs in this film.

Thanos talked about balance in the previous film and that is exactly what comes to pass in Endgame. The humor, the drama, the action, the weight, and the characters are all masterfully balanced on the thinnest of wires. No one thought this could be pulled off in any kind of coherent fashion. To balance so much and make it all work almost seamlessly was a herculean task that most thought impossible, but here we are, talking about that very feat being pulled off. When you have so many characters doing so many different things, it is hard to keep track of it all, and in some areas, it almost felt Game of Thrones-like with how much was playing out between all the heroes.

Laughing, gasping, and cheering should be the sounds your theater is filled with. If it isn’t, then you go find a different theater, as these are necessary for this type of event. You aren’t in a movie theater just watching a movie. This, much like Infinity War, is a cinematic event and the people you surround yourself with add just as much to the experience as the movie itself.

It will be hard for some people who haven’t seen it yet to not spoil themselves, whether on purpose or by accident, but do your best to keep it all a surprise. It is worth it in the end, as this movie holds a lot of surprises and the feeling you get from experiencing each one is a reward in itself. Be prepared to come out feeling different as well. This film gives you so much, but it also takes away quite a bit, all in an effort to continue the reoccurring theme of balance.

There is no getting around how drastically this movie changes the landscape of the MCU moving forward, but that is what it needed. When this ride starts up again, it is going to feel different, and it is going to take us all down a different path, but until then, enjoy the break. Spider-Man: Far From Home is serving as an epilogue of sorts to Phase 3 and then the break can truly begin, as most fans need it. These movies put us through a lot, and if you have been with these characters since 2008, even more so. We may never again in our lifetime witness a film achievement of this caliber, so take it all in while you can. The Avengers assembled and it was glorious.

This movie was perfectly balanced. Lesser characters had their chances to shine, while top characters shined brighter than ever before.

A few scenes came off as confusing and some of the humor can make you cringe. You expect to see more from a few characters, but you’ll understand why you didn’t.

The Russos deserve a long vacation after this achievement, as fans around the world are thankful for what they and Disney have managed to pull off. Whether you like these movies and characters or not, there is no getting around what we have in front of us. Be a part of this defining moment in film and see this movie in theaters. Don’t be left out for any reason, because you may regret it one day.

These superheroes inspire so many and have done so for decades. These actors, directors, writers, and producers have given us a whole new universe that we can wrap ourselves in and we as fans couldn’t be anymore thankful for that. We as fans thank everyone who has ever been a part of this universe dating back to 2008. We as fans thank each other for helping this universe flourish and grow. We as fans will continue to support this universe as long as the quality stays on the path it has for the last decade. We as fans have… assembled. And Avengers: Endgame did not disappoint. 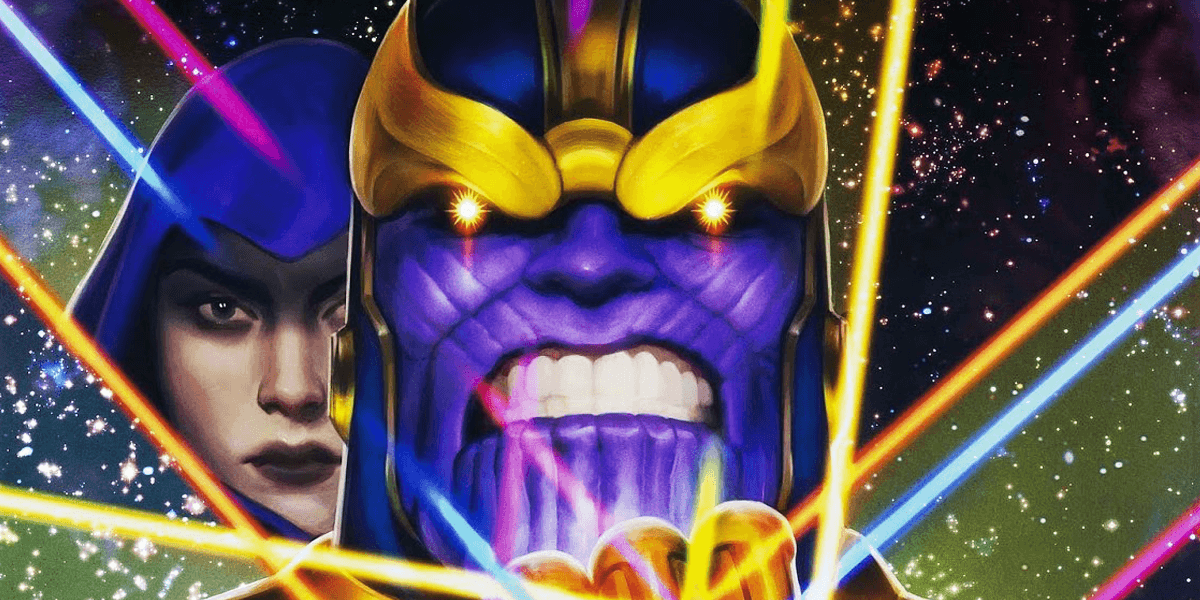 This limited-edition print will only be available at the San Diego Comic-Con. 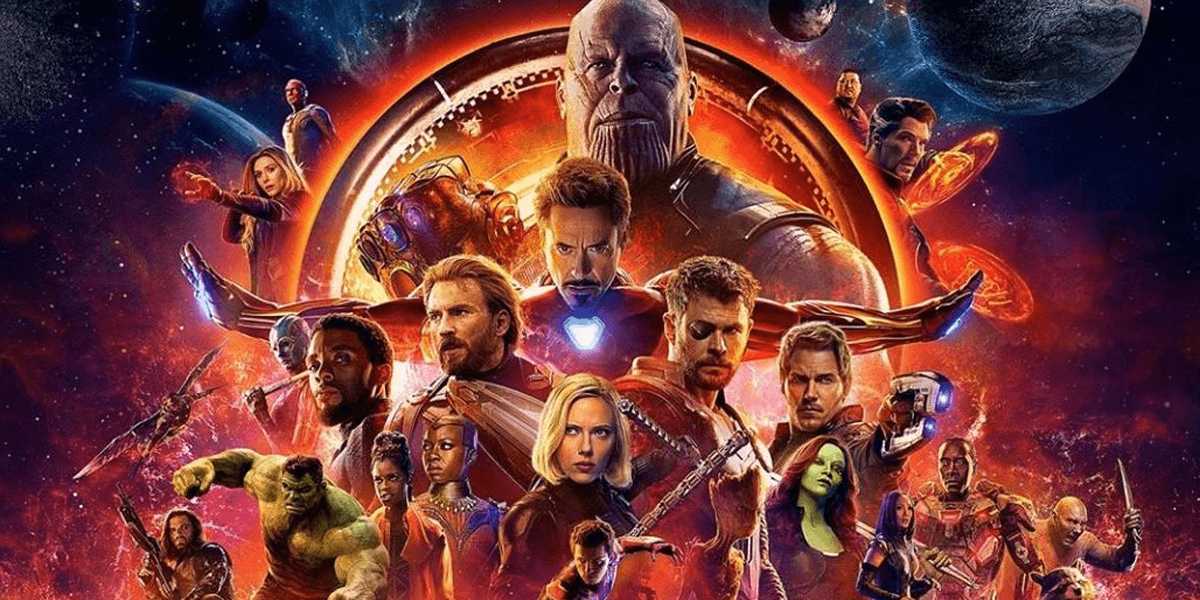 A 10-Year Investment Well Worth the Wait

Avengers: Infinity War is not just a movie; it's a cinematic event.