A surprise revival gave this game new life and the satisfying conclusion was worth the passion that brought it back. 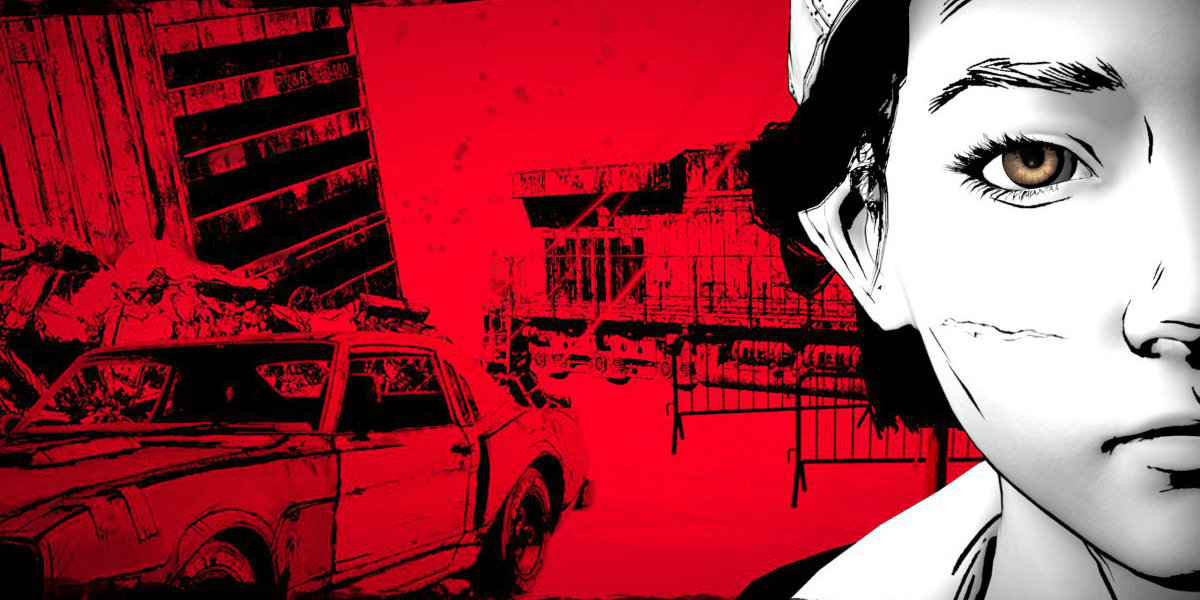 The very last episode of Telltale's The Walking Dead dropped a few weeks ago and it was about time to see how Clementine's story came to an end. The Walking Dead: The Final Season was a roller coaster ride that went through its own ups and downs during its development with the sudden closure of Telltale Games. A short time later, Robert Kirkman's very own Skybound stepped in and assured fans that it would try to find a way to finish this game, a move I'm extremely grateful for in hindsight.

Stepping back to the beginning of this final season, it was obvious from the onset that Telltale had made some well-needed upgrades and improvements to the overall gameplay experience. The free-roaming parts boasted a new over-the-shoulder camera that made exploring a little more fun, while also giving the player far more control during specific sequences, such as the freedom to aim your bow in any direction. Certain parts of the game felt slightly less scripted because of this, which is a positive to me.

There is no doubt the gameplay was clunky at times, but I still felt it was a net improvement all around when compared to earlier installments of the series. The scene in which you have to make your way to the pier while hiding behind zombies is one such example of a sequence that was more clunky and frustrating than good gameplay. The scene's cues made it clear you have to take cover, but you also need to get to the end quickly. However, rushing ahead only makes you run out of zombies and fail the sequence. Slowing down also didn't seem to work smoothly, making that particular segment more annoying than fun.

Nonetheless, it felt like Telltale made some upgrades to its engine and it did make the game better overall. Another huge positive was the narrative as a whole, which featured a handful of difficult moral quandaries that compare to when the series was at its best. The AJ dynamic adds a whole new dimension to the player's approach, because you aren't just trying to shape the story around what's best for Clementine. You also have to consider what the little goofball will take away from the difficult choices you make, even when it's in the best interest of survival for the both of you.

At times, it felt complicated to guide AJ in the best possible direction while balancing his survival instincts with his humanity, but it was also extremely rewarding too. Having the final season invite you to find some middle ground between these sometimes-contradictory elements made it feel like the series really took the next step in terms of its narrative presentation, and the story was always at the heart of these games. After the second season, it was easy to become very jaded about some of the choices Telltale threw at you, but it felt different this time around, more comparable to the experience of playing Season 1. That AJ factor was key in accomplishing this.

Another highlight I would be remiss to not mention is the music selection, both in the introduction as well as each of the post-episode end credit sequences. These tracks were often the perfect complement to reflecting on my choices and their consequences, giving the aftermath of each episode a somber, emotional, and sometimes sentimental vibe to prepare me for what's next. Needless to say, this game kept the emotions running high for the majority of my time playing it, especially considering this whole journey started way back in 2012 with the first games in the series.

From a technical point of view, I played on PC with a rather high-end gaming machine. I noticed a few minor hang-ups during the first episode, but everything played smoothly beyond that. Also smooth was the Skybound takeover leading into the second half of the season. There were a few small differences in the audio quality of some of the voice work in the last two episodes, but we were able to see this story come to an end properly, so anything minor like that is totally forgivable in my eyes. It was as smooth of a transition as we could have hoped for.

Speaking of finishing the story, let's talk about that ending. There's no denying the final episode mirrored the Season 1 conclusion in some ways, but I couldn't help but worry they were going to end it the same way, with another bleak lesson in saying goodbye – something this series has already done time and time again. I'm glad they didn't, at least not in that same depressing sense. We did have to say goodbye, but in a more hopeful way that focused on togetherness. Sure, everything goes to hell in this world, but that's not something we would have needed to see at this point in Clementine's story.

It was always going to come down to AJ in the end and his own independent decision-making was the difference between another bleak conclusion and something more inspiring. This is the moment that you, the player, were preparing him for and he stepped up to the plate to deliver us a satisfying ending. However, before all that, it's worth pointing out just how fantastic that final action sequence was as you alternated between controlling AJ and Clem. The mix of adrenaline and emotion was overwhelming at times, but it was extremely well done overall. As always, the voice work of the wonderful Melissa Hutchison was on another level and made this moment all the more effective.

When you play as AJ for the final scenes, it was a fantastic touch that the controls for his story and choices were different than Clem's. He is, after all, his own person and that was a beautiful way to get the point across. It was subtle and just what I needed to see to complement the final, more hopeful twists the game was about to lay out for me. I also absolutely loved the small scene featuring the team member names as you walk down the hallway, as though I needed something else to be emotional about after all I'd been through already.

Overall, my feelings on this conclusion are best described as a combination of satisfaction and gratitude. The very first season of Telltale's The Walking Dead was an unforgettable experience and the team capped it off with an ending to remember and one I'll look back on fondly. All in all, I was able to experience this story come to a close the right way, and for that, I am thankful.

The team made a great effort to give this series a satisfying conclusion, which is something I'm truly thankful for. The gameplay felt upgraded from prior installments, giving the player more control at times, while the narrative and moral conundrums were greatly enhanced by the presence of the impressionable AJ. Also, I absolutely loved the music selection from the introduction and each episode's end credit sequences. It was just right for reflecting on your choices and their consequences.

The pier scene where you have to hide behind zombies and occasionally take cover felt clunky, vague, and frustrating. There were a few minor technical issues here and there, along with some small differences in audio quality after the transition, but those were all totally forgivable. Also, this game gave me way too much anxiety in its closing moments, which is great writing in the end, but my emotional state certainly did not appreciate the rollercoaster ride. Kudos to a job well done!

Telltale's The Walking Dead: The Final Season was given the ending I felt it deserved. Although the series had its stumbles, notably during Season 2, the journey of Clementine, from the very beginning, is one that deserved to be ended right. It's only fitting that the game traded the bleak pessimism the previous seasons taught us (ten times over) for a well-earned hint of hope in the end.

Although not everybody came out of this on the other side without being bitten, I think we're all pretty okay after this conclusion. To the overall Telltale team, thank you for the fantastic memories, and to everybody who helped revive this project to see it through to the end, know that you have at least one grateful fan in this writer, who is #StillNotBitten.