Filmmaker Michael Perez promises to bring fans hours of unseen footage if we can help bring this project to life.

On November 18th, 1983, horror fans were introduced to a new camp slasher, one who didn’t don a hockey mask. Sleepaway Camp stars Felissa Rose as Angela Baker, a quiet, seemingly-normal teenage girl who experiences bullying by the hands of fellow campers and staff one summer, and it doesn’t take long before the campers and staff fall victim to a mysterious slasher.

Despite the blood and kills, the movie had a light, almost comical side to it, thanks to the dialogue and performances by the cast. What really made this movie stand out, however, was its twist ending. It is one that ultimately needs to be viewed to truly understand.

Since then, there has been two sequels, both of which starred someone besides Felissa Rose as Angela, but she did make a cameo in 2008's Return to Sleepaway Camp.

Last November, it was announced that the green light was given for a documentary called Angela: The Official Sleepaway Camp Documentary, with Felissa Rose on board as executive producer. Producing is Michael Perez Entertainment, responsible for other horror documentaries such as Never Sleep Again, Crystal Lake Memories, Scream: The Inside Story, and Pennywise: The Story of IT, to name a few.

This past Tuesday, the project's Indiegogo campaign was launched and offers eight different level perks for backers to choose from. Whether you just want a "thank you" mention in the credits or to be named as an associate producer or co-executive producer, there are multiple perks at various price points to meet any budget.

The documentary, said to include over 50 interviews, some with original cast members from the 1983 film, as well as multiple hours of behind-the-scenes footage, will be released on multi-region DVD and Blu-ray. The latter is only available as an exclusive perk and will be limited to 5,000 copies. Either way, this documentary promises to be a must-have for all Sleepaway Camp fans.

It is important to note that this campaign is an “all or nothing” campaign, meaning that if the goal is not reached, the film will not be made. However, the Indiegogo page appears to be set up as flexible goal campaign, meaning that they can receive the funds raised to put towards the project regardless if it can be completed without the full amount. We reached out to the filmmaker for clarification.

Perez told us that the campaign is set up that way in case they only come a few thousand short of the goal, in which case they can utilize the money to produce the documentary and find an investor to cover the gap. However, if they do not come close to the goal, all money will indeed be returned to backers, so there is nothing to worry about there. We are hoping to see this project fully funded either way!

The campaign, which you can find right here, will be running for the next 45 days, so if you are a Sleepaway Camp fan, you have plenty of time to purchase perks to help fund the documentary. Be sure to follow the project's official Facebook page for updates, exclusives, and more details as they become available, and stay tuned to Dead Entertainment for all the latest as well. 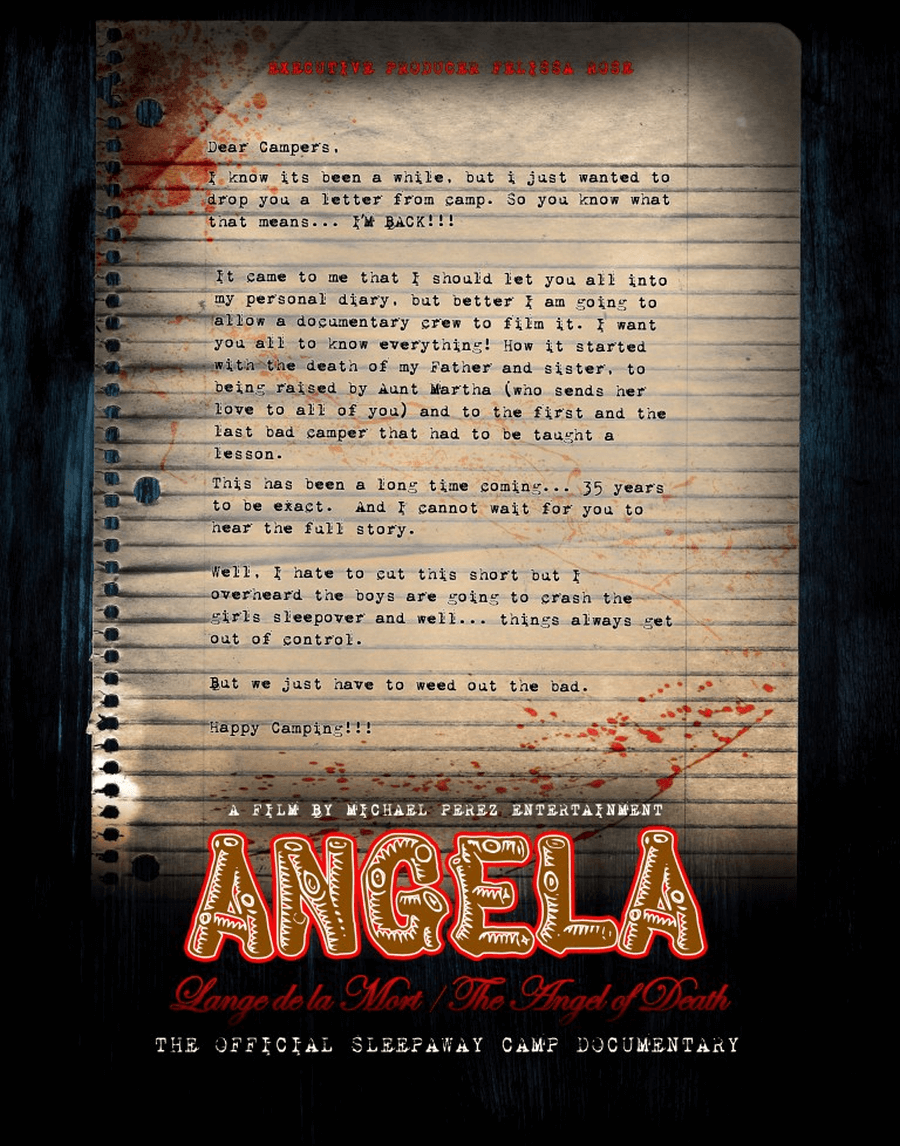