The cast and crew are dedicated to making this follow-up every bit as funny and personal as the first film. 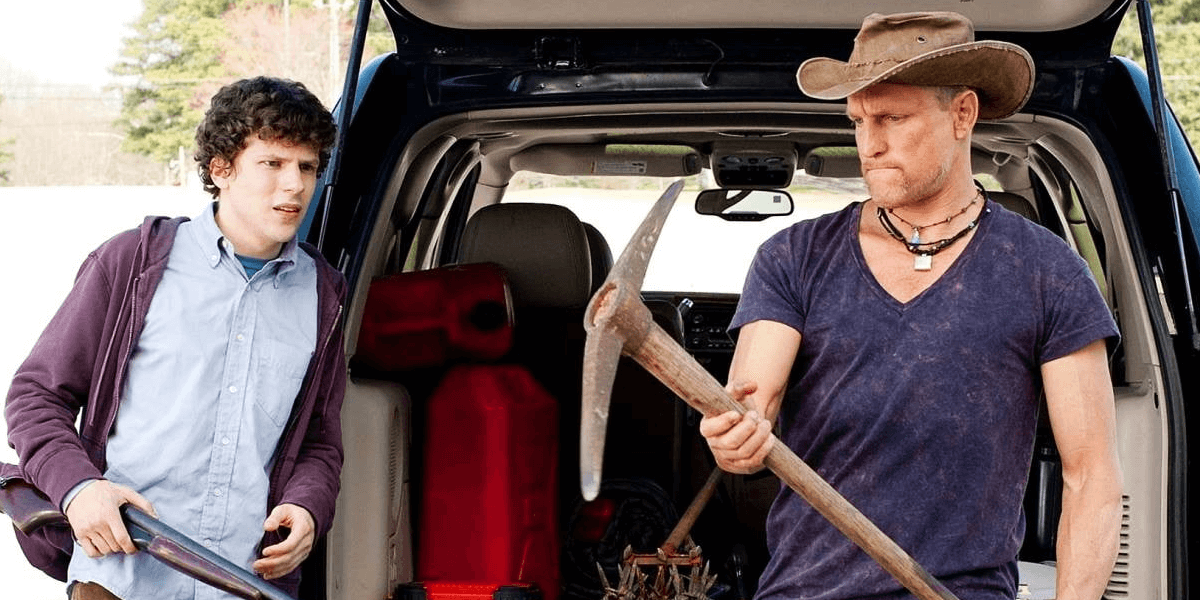 Production is currently underway on Zombieland: Double Tap and two of the film’s stars recently spoke up to tease a little bit about what the sequel will offer when it makes its debut this fall. The latest update we’ve had on the project prior to today was of the casting variety, with comedy veteran Luke Wilson coming on board for a little post-apocalyptic fun, but the returning cast members are certainly not to be forgotten here either.

Star Jesse Eisenberg kicked off the fun by commenting on the film over the weekend at the SXSW Film Festival in Austin, TX. Speaking to MovieWeb, the actor offered an update on how the production is going so far and teased a little bit about what fans can expect from the new movie. You can read his comments in full below.

As for Woody Harrelson, he had his own chat with EW earlier this week and spoke of just how much fun he’s having on set with this project and his fellow cast members. He also mentioned how impressed he has been with what has been shot so far. You can find his comments below.

Ruben Fleischer is returning to the director's chair while the first film's screenwriters, Rhett Reese and Paul Wernick, penned the new script as well. Production on Zombieland: Double Tap is currently underway and the film is scheduled to hit theaters on October 11th, 2019. Stay tuned for all of the latest updates on the sequel here on Dead Entertainment.