Captain Marvel Review: A Woman Who Isn't Afraid to Fight Back

When it comes to fighting back, who said cosmic photon blasts were off-limits? 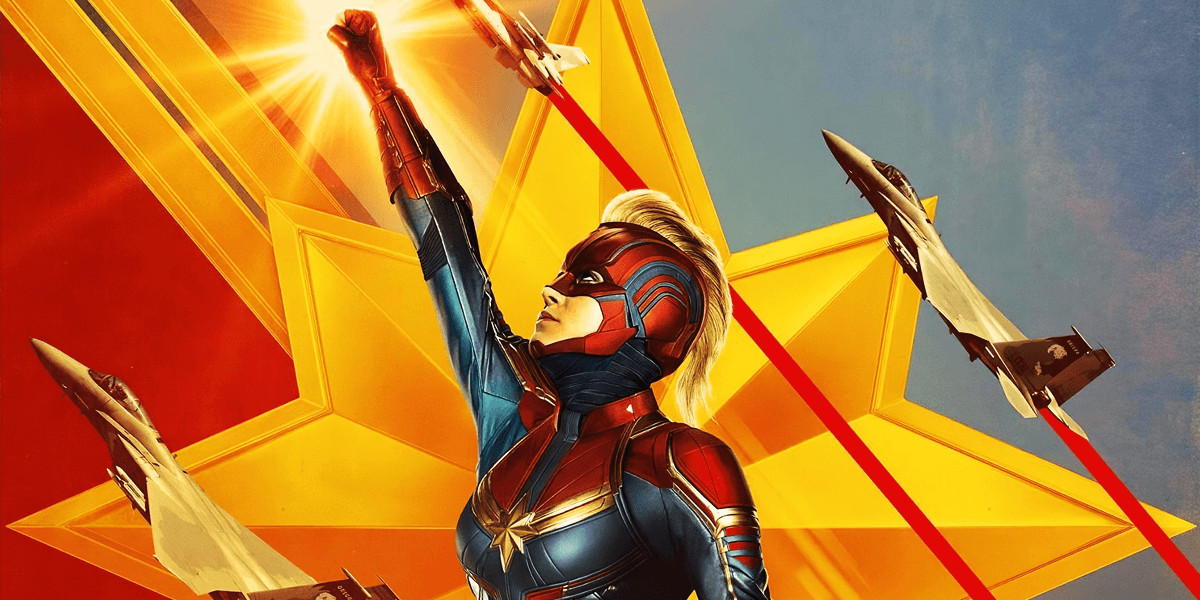 Movies steeped in controversy always have an uphill battle that is typically insurmountable. A shaky press tour for Captain Marvel has led to an army of trolls hell-bent on destroying what turned out to be a fantastic movie. If you are bringing your personal baggage into a movie, you are already leaning one way in a biased manner, which isn’t fair to what's about to play on screen. In the end, that leaves your overall opinion tainted and without merit.

I have read through many critiques of the film, both good and bad. Some of them make several good points and this movie is not going to be for everyone, but many keep echoing the same beats and I can’t help but feel that they are only parroting these points because they were massive talking points during the weeks and months leading up to the release of the movie. Instead of seeing beyond them and realizing they are mostly without merit, people have it embedded in their minds that these particular points are all true.

Brie Larson showing no emotion is one such example, a hilariously-overplayed statement that, after seeing the movie, I can’t help but belly laugh over. Emotion plays a big role in this movie for Carol Danvers and if anyone feels she was lacking emotion, you need to give the film another viewing and pay attention, especially to scenes involving Carol and Monica.

A range of emotions is present the entire film, including cold and icy, which viewers seem to think is the only emotion on display the entire film. Each emotion on display has a reason and a purpose and viewers who only see her cold side without understanding why she is like that at times really aren’t watching the movie. This isn’t some deep hidden meaning. It is all on the top surface of this story, so don’t worry, Brie Larson does exactly what she needs to do and it works.

Importantly, Captain Marvel can’t fly further, higher, and faster without a strong supporting cast, and what is on display is nothing short of brilliant from the bulk of that cast. Samuel L. Jackson reprises his role of Nick Fury, albeit in a much younger incarnation, and you can see he is a pretty different person at this point in the timeline. This allows him to build a strong bond with Carol, which we didn’t know he was capable of doing. The MCU has been lacking Fury recently, but thankfully this movie delivers him front and center.  He adds a buddy cop dynamic which is a nice little surprise as the movie progresses.

Clark Gregg finally returns to the big screen as everyone’s favorite S.H.I.E.L.D. agent, Phil Coulson, and while his return was great for fans, it felt short and underutilized. At the same time, this is a much younger Coulson, but he already is displaying his strong will and keen intuition. Young Coulson doesn’t differ at all from older Coulson and that is so fitting.

Annette Bening does double duty in this movie and might be the standout. Her presence in all of her scenes is commanding and it truly was a joy to watch, especially since it looks like she was having a blast in this film. At the same time, Lashana Lynch’s Maria helps add some humanity back to Carol, which in turn helps her development and emotional spectrum expand.

However, it is little Akira Akbar, who plays Monica Rambeau, who really steps up and plays the empowering figure in this film. If that name sounds familiar to comic fans, it should, as we might be hearing more from this character in the future. A high spirited and spunky character, she comes off as an 11-year old beacon of wisdom in one particular scene that I know a lot of other viewers might pick apart for various reasons, but it's a scene I happen to believe was the most important for a slew of reasons.

All good movies have flaws and this one is no different. Sadly, we were given, yet again, another soulless villain who doesn’t do anything of note. I pretty much expected as much, which allowed me to enjoy the other elements of the film more. However, the music also leaves a lot to be desired. An inspired soundtrack can add so much life to a film, while a dull soundtrack can make you cringe in your seat.

I did a bit of cringing in the theater as I had to listen to a derivative best of the 1990s paint-by-numbers soundtrack, complete with Nirvana and No Doubt. Trust me on this one, the soundtrack hurts this film big time. The original score is nothing to write home about either, just very unforgettable.

The story progression is a little wonky and that is a major complaint from many folks I happen to agree with. The story likes to jump around a bit, which can make the film feel a bit disjointed in the end, but it shouldn’t necessarily take you out of the immersion. The origin of Captain Marvel is there, but it just takes some time to get to. It is the film’s biggest flaw, but I think comic book fans can forgive that aspect.

I can’t stress enough that I went into this film not expecting much. As a big fan of the character in general, the trailers never really did anything for me and the whole 1990s throwback, as someone who grew up in that era, definitely didn’t sweeten the pot, as this movie doesn’t forget to remind you that it takes place in the 90s. While it works in a select few scenes, it becomes a tired gag in the end.

Captain Marvel might not have lived up the expectations of many people, but it blew my expectations away because I understand how to go into these types of movies. Introducing an insanely overpowered character like Captain Marvel is not an easy feat, as a character like that is so hard to pin down and humanize. When you look at recent Superman outings from DC, you sort of understand what I mean. Carol lost her humanity once, but with the awakening of her powers also comes the awakening of herself.

The chemistry within the cast is fantastic and really put on a great show. Monica (not Goose!) steals the show.

The disjointed story can be forgiven, but the soundtrack cannot be. The villain was also rather lame.

Female empowerment is obviously strong in Captain Marvel, as it should be. If something like that bothers you, that is sadly on you. If seeing a cosmically-powered Brie Larson lay waste to everything around her doesn’t get you excited, you might have walked into the wrong movie theater.

This movie doesn’t have some kind of agenda and it has the fans in mind, both male and female. Like the Wonder Woman film before it, this movie is a signal that girls can and are just as strong as men, that little girls can love superheroes just as much as little boys, and that, at the end of the day when all is said and done, a hero is a hero, no matter the gender.