Here’s the Official Trailer for the Definitive ‘80s Horror Documentary, In Search of Darkness

This project aims to be your ultimate resource for all things related to the glory days of horror movies.

Videos
Movies
In Search of Darkness

You may have heard about In Search of Darkness, a massive horror documentary project that was recently funded on Indiegogo, and we’re happy to share with you the official trailer, which has just been released today. Described as the definitive ‘80s horror documentary, this project is a love letter to the glory days of the genre us fans live, breathe, and bleed every day.

With over 100 hours of material put together and over 40 interviews conducted with film figures and influencers alike, the team behind In Search of Darkness poured a massive amount of energy into getting this nostalgic appreciation for ‘80s horror just right. A number of genre icons were on board for this documentary and the official campaign page detailed a few of the highlights, which you can read below.

This is just a rough idea of what In Search of Darkness has to offer, but the above should clearly illustrate the absolute passion of the dedicated team behind bringing this project to life. When this documentary makes its debut, we can expect to see a great deal of our favorite ‘80s horror movies on display, complete with behind-the-scenes takes, interesting stories, and more.

For now, the only place you can get your hands on this is through the official Indiegogo page, where orders are being taken until March 31st. You can choose from a variety of perks at varying cost levels, such as the standalone Blu-ray and DVD options, T-shirts, posters, or even producer credits. Prices range from about $25 for your basic packages all the way up to $4,000 if you want to be credited as an executive producer in the final release.

Orders will ship in late July and you will not be able to grab up this release anywhere else at that time. It stands to reason that non-backers will eventually be able to order this someplace or another, but the campaign rewards will be gone forever by then. If you are interested in picking this up, our advice is to get your orders in now and be among the first to enjoy this documentary when it makes its debut. Once again, you can do so right on the Indiegogo page.

Will you be grabbing up In Search of Darkness? Let us know in the comments below or on social media. 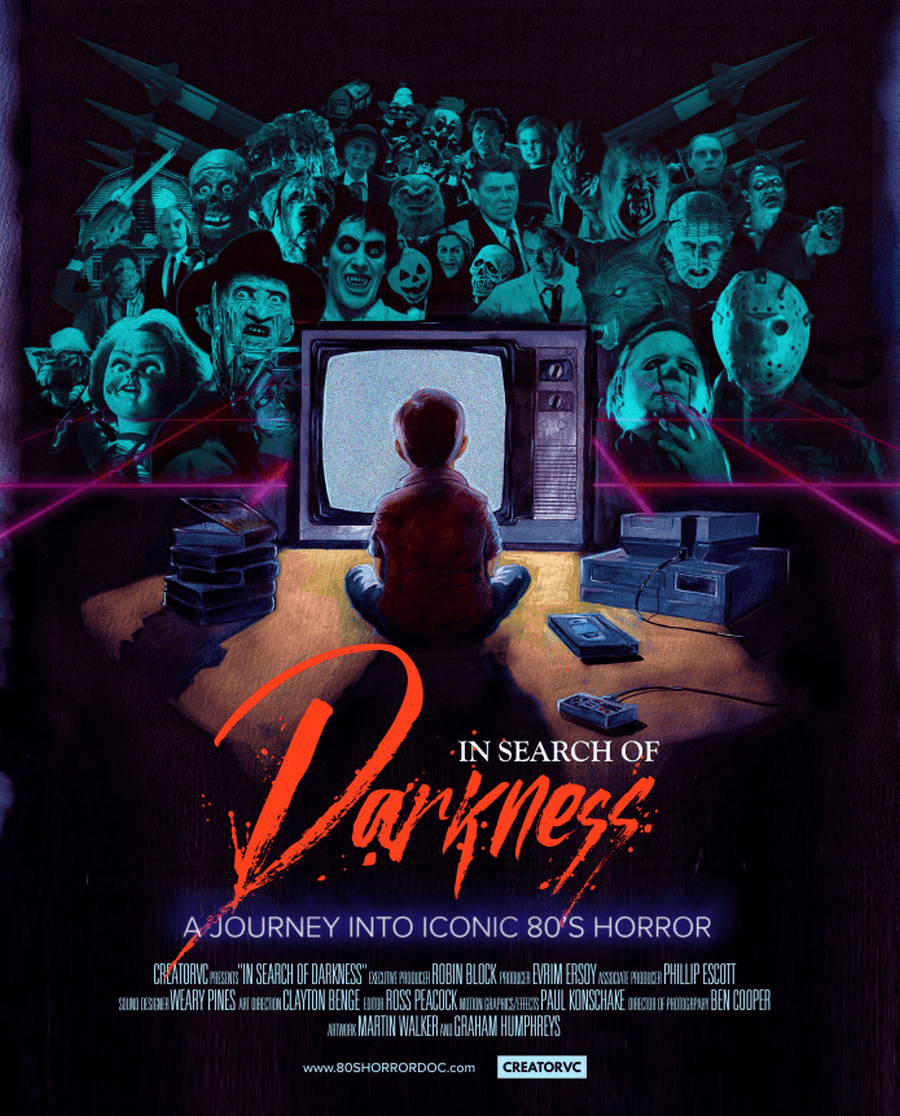