As the dust settles on Andrew Lincoln and Lauren Cohan's departures, the series looks ahead to the future. 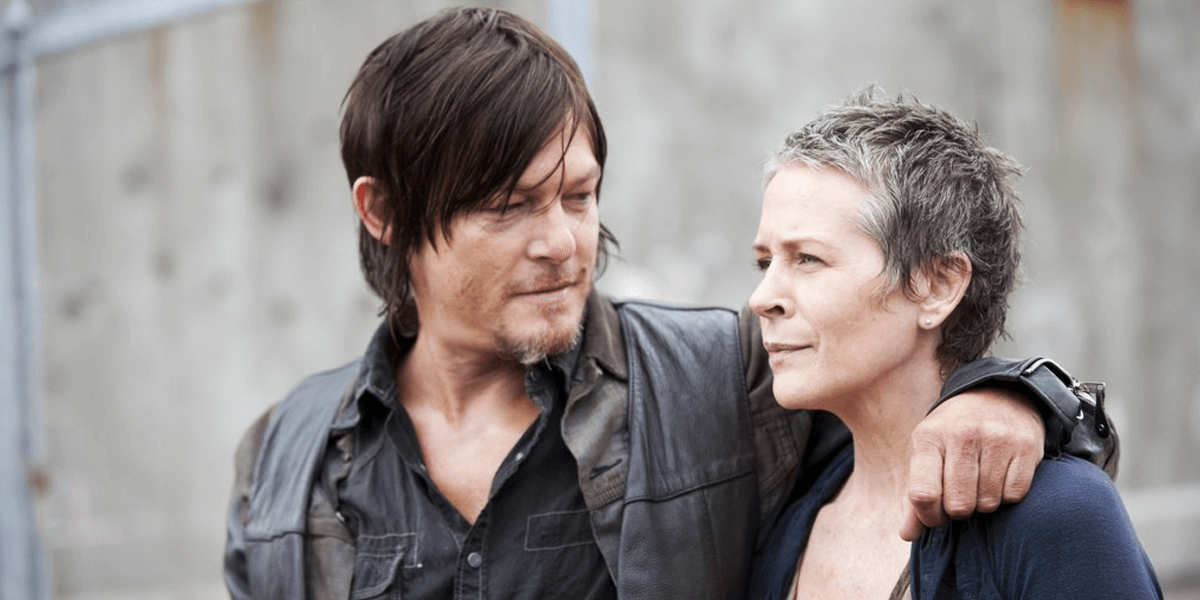 As AMC turns the page to the next chapter of The Walking Dead, which is surprisingly exciting as it heads towards a six-year time jump and a Rick Grimes movie trilogy starring Andrew Lincoln, it would appear that the network is laying the foundation for the future. According to The Hollywood Reporter, Norman Reedus and Melissa McBride are settling in as the series leads with new deals that last for the next three years of the franchise.

These new contracts are not only lucrative deals, but also are not limited to the television show alone, which suggests that Daryl and Carol might appear in other The Walking Dead properties, possibly even films, one-offs, or other specials. Regardless, this news firmly establishes these two stars as the key fixtures for the post-Rick era of the series. In addition, Danai Gurira is also in talks for a new deal that should keep Michonne in the fold in a similar way as well.

Reedus' new deal is reportedly worth $350,000 per episode with additional guarantees and upfront payments. Advance money may end up in the range of $50 million to $90 million. On the other hand, McBride's deal is said to be worth around $20 million over the course of the new contract. Gurira's own deal might take some time to come together considering her breakout status from starring in Black Panther and other higher-profile projects.

Also reported by THR is that the most recent episode of The Walking Dead, the last for Andrew Lincoln, saw a slight ratings bump of a 2.1 rating in its key demographic, along with 5.41 million viewers, that may hint at more increases to come as news spreads of the upcoming films and new direction of the television series, which is jumping ahead another six years following Rick's departure out of the main group.

Lauren Cohan's possibly-temporary exit will certainly factor into the story as it picks back up years later, but overall happened a bit more quietly than Lincoln's. Her character's future is being left wide open and it sounds like the only real limitations for having her return to play Maggie is with respect to scheduling.

Showrunner Angela Kang and AMC programming president David Madden confirmed the news that the previous episode was the last time we will see Maggie this season and offered fans some hope that this won't be Cohan's last time appearing on the show. Kang commented that there are certainly more ideas left for the character's journey and a mutual interest in telling those stories, which bodes well for fans who want to see more of the actress.

Considering all of the recent developments to come from this pivotal episode of The Walking Dead, the future is certainly looking bright for a franchise that was in desperate need of some fresh air. There were many ways to approach this moment but it feels like AMC might have chosen the right one. Rick Grimes lives on and the show is gearing up to feel fresher than ever.

The Walking Dead continues Sunday nights on AMC with three more episodes before its midseason hiatus. The next episode is shaping up to look much different than the same old show from the last nine years, give or take. Will you be tuning in?