The latest installment makes you question all you’ve learned over the past seven weeks. 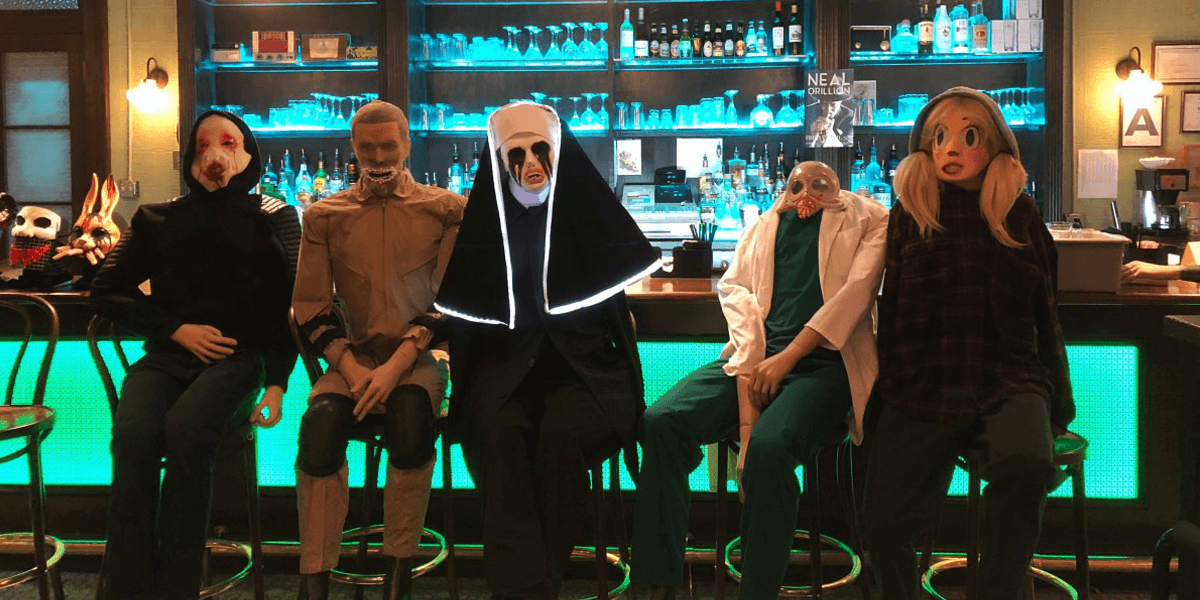 Just when you thought you knew which direction this series was going, episode 8 turned all of the storylines upside down while at last reuniting our key characters. Up until this point in the series, we saw the stories progressing on their own. While some were strong enough to continue, others were dwindling down. It felt like the right time to merge them and it happened in a way that nobody saw coming.

Last week, we saw the brother/sister duo escape the twisted Carnival of Flesh and head back to the bar where Pete the Cop provides sanctuary to non-purgers. We see our masked warrior Joe sitting in the bar, who, if you recall last week, saved Jane from David’s basement of horrors. It seems that Joe is meant to find our protagonists and bring them to safety, or is he?

While helping Penelope find a change of clothing, Pete discloses to her how cult leader Tavis is really paid by the NFAA to eliminate the poor. She is naturally outraged by this news and leaves the bar to find the glowing school bus. She, of course, locates it and confronts the cult leader.

While begging the people to get off the bus, Tavis attacks her but Penelope knocks her out before the driver exits the bus to restrain her. Out of nowhere, Joe appears and shoots both the bus driver and Tavis. He tells Penelope that he will take her somewhere safe and off to his van they go.

As they drive away, Miguel is yet again on the hunt for his sister, which is getting a bit redundant at this point. This is why it’s a good time to have the storylines cross over. This particular plot was going nowhere and was possibly the weakest of the series so far. As Joe takes off in his van, we wonder who is next on his GPS? 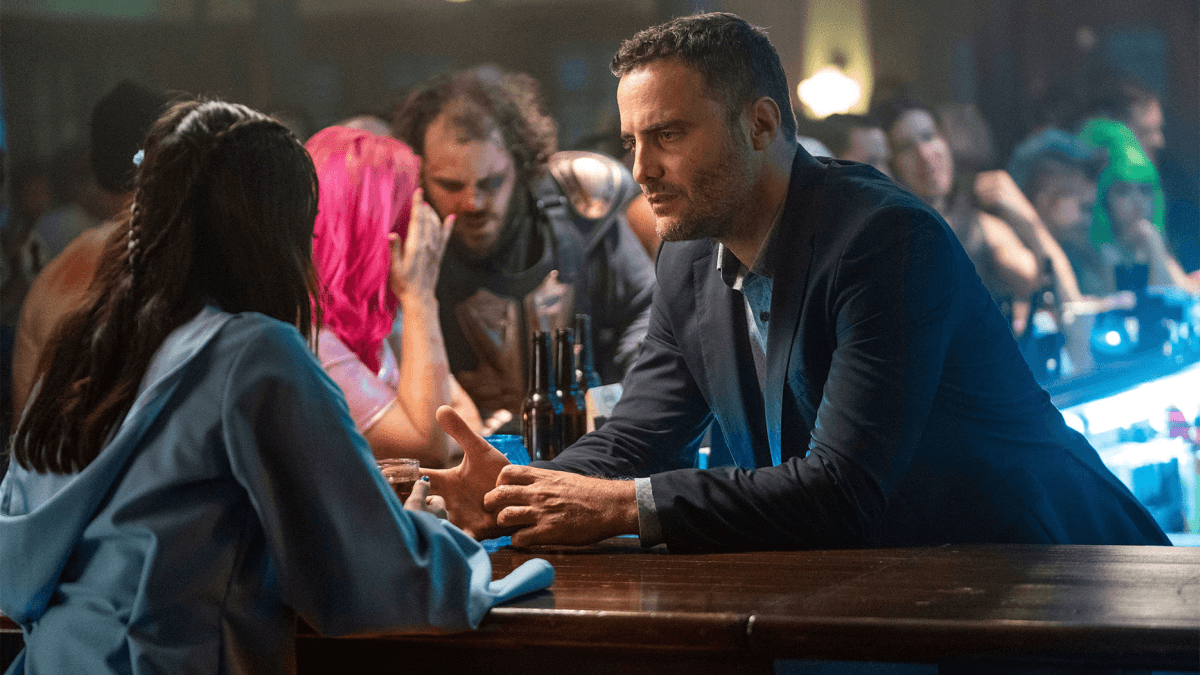 After Lila made it back to Rick and Jenna’s last week, they had to defend themselves and kill Ross, the neighbor who snuck in. Jenna is having a difficult time coping with the events of the night as well as her feelings for Lila and Rick. She continues to reassure Rick that she only loves him, but Rick remains suspicious of Lila, and rightfully so, due to her stories continually changing. He doesn’t trust her and worries about her getting too close to Jenna.

Lila then tries to bribe Rick to leave Jenna, with promises of becoming a partner in her father’s company. Rick, not wanting to join the NFAA, refuses, leading her to instead turn to Jenna and tries to convince her to leave Rick. Jenna also turns her down and explains why she needs to cut off all ties with her and focus on her marriage.

Not taking the rejection too well, she confronts Rick and they fight. Suddenly, Ross’ wife Carol comes banging on their door looking for her husband. Using the security camera to communicate with her, Lila blurts out that Ross is dead. Ignoring Rick’s instructions to run and hide, someone then comes up behind Carol and kills her. 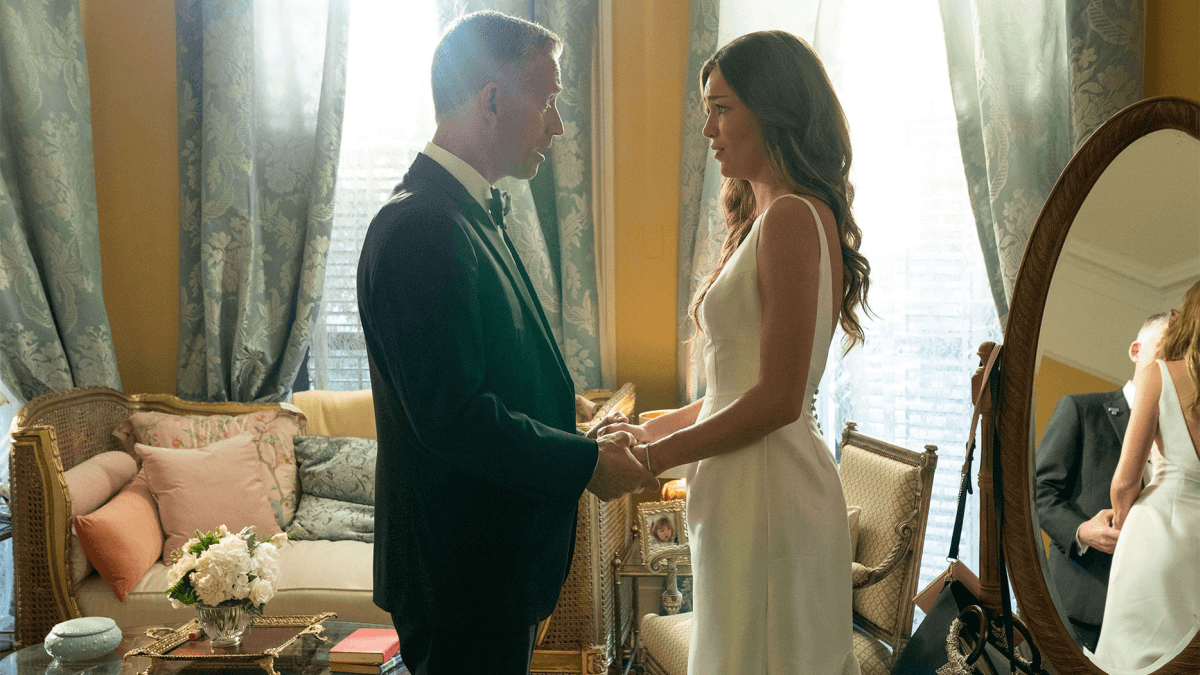 All series long, it seemed that Joe was tracking down victims and saving them from purgers. We saw him cry when he didn’t rescue the shop owners in time. We saw him rescue Jane from David’s. He even rescued Penelope from the bus driver, so where is he off to next? Well, this week’s episode ends with a shocking turn of events.

We come to learn that he wasn’t just rescuing our characters for the good of it, but rather for some ulterior motive. As he loads Penelope into his van, we see Jane is bound and gagged along with a handful of others that he “rescued.” Just then, we see a tied-up Rick on the ground, watching as his pregnant wife is being dragged out of their home by Joe. 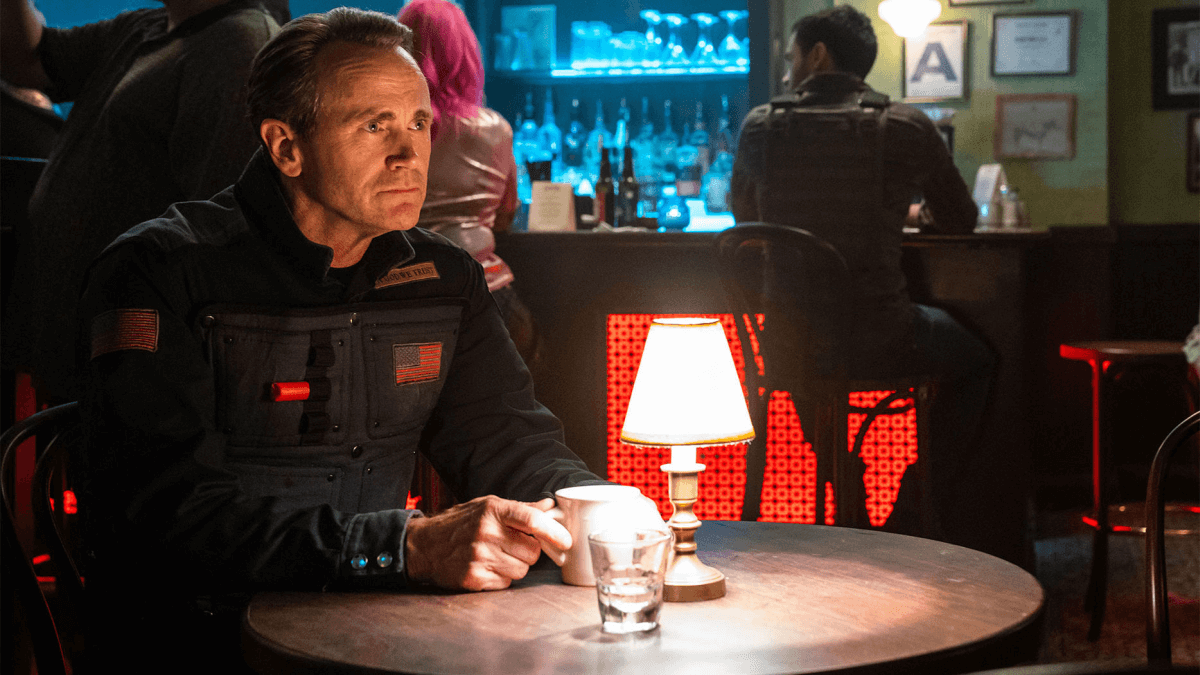 So, our white knight is really not the stand-up guy we all thought he was. He has rescued people but for his own hidden agenda. What does the future hold for our characters? More importantly, what have they done to warrant Joe tracking them down on Purge night? He has now reunited all of our main characters with the exception Miguel. Will Miguel be the hero and rescue all of them? With only two episodes left, it’s safe to say there still may be some twists. Stay tuned for next week.