The future of the franchise might be taking a strange turn. 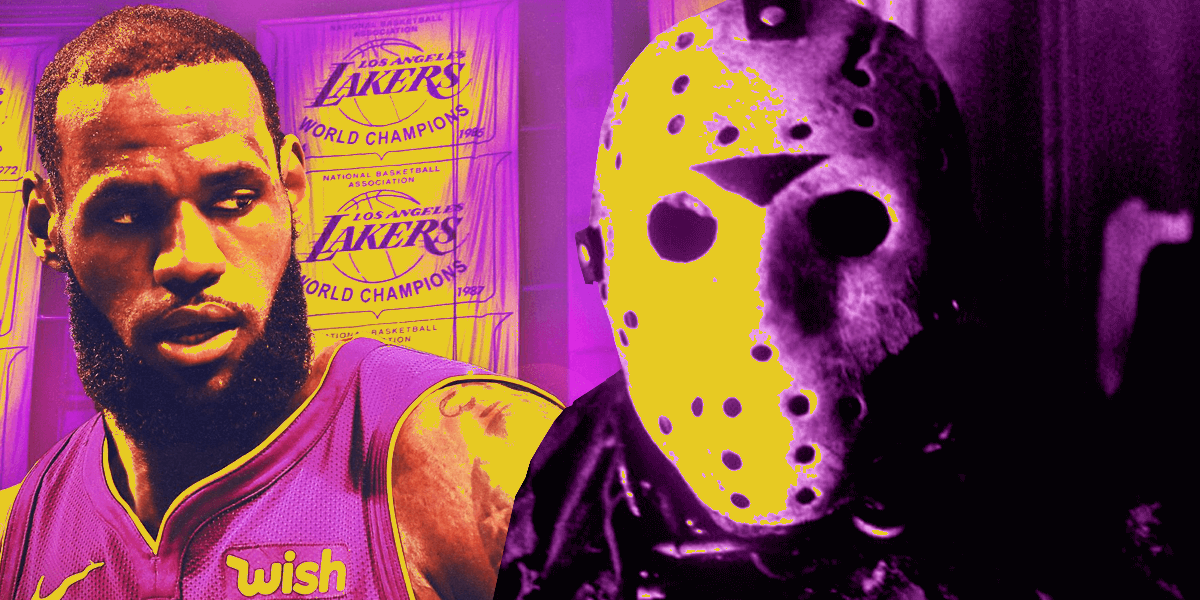 Earlier today, Bloody Disgusting dropped quite a bombshell on the horror community today, claiming they have heard that basketball superstar LeBron James and the company he founded, Springhill Entertainment, is apparently in talks with Vertigo Entertainment to possibly resurrect the Friday the 13th franchise. Now before you get your pitchforks and machetes, let’s look at the situation.

James is a just named attached to the company. This does not mean that he will have any kind of creative control should such a project actually get off the ground. At least, one would hope that would be the case since he has no movie credits or experience at all. Our resident expert on the franchise legal dispute, Larry Zerner, is one such person who doesn't think that this project would be able to go anywhere, tweeting his own take on the news.

As you can tell, the rights issues for the franchise are still all over the place since Sean Cunningham's Horror, Inc filed its appeal after a judge's initial ruling, which means any company wanting to tackle this franchise has to walk on eggshells and tip toe around certain aspects of the lore, not to mention not having any international distribution rights.

It’s a messy situation and it's surprising that any company would be showing interest in such a troubled franchise right now. This would be understandable if the legal woes were settled but they are not at this time. This just might be some knee-jerk reaction stemming from the wildly-successful box office numbers of the new Halloween sequel.

The success of that film does a lot to show other production companies what a competent, mildly-budgeted horror sequel of a franchise with a long-standing pedigree can make and they all want to jump on the slasher gravy train. Who wouldn't?

Obviously, there is no way to verify this story as of press time but with the rights still very much up in the air, it seems unlikely that any company would want to touch the franchise in any kind of serious way just yet. So, for any big Friday the 13th fan, it's not yet worth giving this too much thought until something more concrete is released.

Is this something you would want to see happen? Let us know down below.