Skybound CEO and Creative Director Dish on The Walking Dead: The Final Season

A recent Reddit AMA answered popular fan questions on the game being taken over by Skybound. 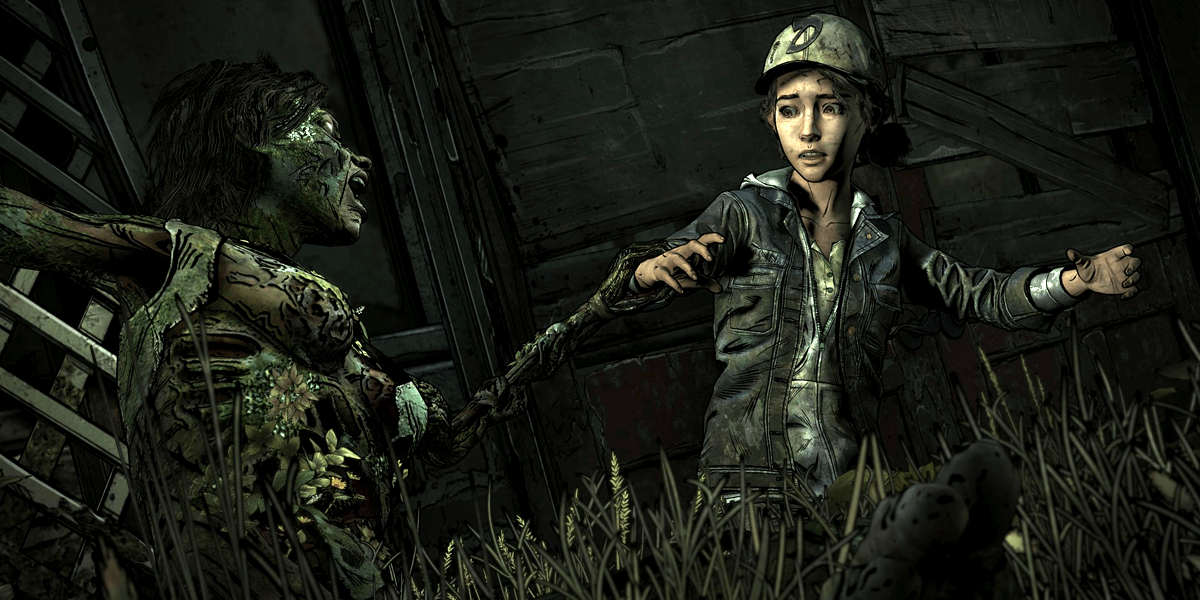 A few days ago, Skybound CEO Ian Howe and The Walking Dead: The Final Season creative director Kent Muddle hosted an Ask Me Anything Q&A on Reddit. There they discussed the future of the remaining episodes of the series and answered a number of other questions asked directly by the fans.

One of the hot-topic issues asked right away is when fans can expect the last two remaining episodes of The Walking Dead: The Final Season. Howe responded to this question cautiously at first, not wanting to give false hope to players.

So I would guess this is everyone's number one question - I can't give you a definitive answer at the moment. What I can say is that the team is not currently working on the game and until we're back into production, it's going to be nearly impossible to give an accurate answer.

What I can say is that we will announce new dates as soon as we know what they are, there is no reason for us to hold that information back, so it will be public immediately that we can talk about it with confidence.

However, when pressed further by fans, Howe added, "I'm going out on a limb and will say yes, I fully expect Episode 3 to be this year and I'll be very disappointed if we can't make that happen."

Another popular question was how much involvement the original team from Telltale Games will have in finishing up the final two episodes. Again, Howe offered his two cents on the subject, stating that he has been in contact with numerous members of the former staff.

I can't go into details but the team will be working directly for Skybound to complete game.

Specific to The Walking Dead team, we've been in contact with most, if not all of them in one way or another. I met most of them personally last week.....great bunch of people and it was great fun chatting with them about how we can get the show back on the road, we also spent quite a lot of time talking about Metallica and if broccoli should be allowed on pizza?

Howe later elaborated further when asked if he could list some of the specific staff members from the now-defunct Telltale Games being hired and brought on board to finish up their work on The Walking Dead: The Final Season. This obviously couldn't be answered at this time due to both privacy concerns and potential on-going contract negotiations, but it was once again made clear that they want as many of the original staff members involved as possible.

I'd love to post a list to give you guys some comfort that we're working with the previous team, but please understand that these are people's careers and it wouldn't be fair to go public with some of this stuff.

At this stage, we're still in discussions with various members of the team and I met over 40 of them last week to discuss our plans moving forwards. They know what we're trying to do and as soon as the lawyers have done their thing, we'll be able to speak more openly.

One thing you should know is that we'd like to celebrate the team and their work over the coming months, so expect to see some cool stuff that looks back on the creation of the series.

Some fans expressed concern over a possible change in the story or narrative with the switch to Skybound, even with members of the original team returning. Howe was quick to explain this is not the case at all and that Skybound is dedicated to staying on the path previously charted by Telltale.

Regarding the story, the process of developing the narrative isn’t changing, there is a long standing collaboration between the writers and Skybound over story approval and all the same people will still be involved.

Creative Director Muddle then went on to elaborate some of the plot points that were introduced in the first two episodes and the reasoning behind them during this final season, such as the location of the school being the central focus.

There's a lot of reasons why we liked the school as the setting for the season. Clem getting to be among her peers, giving her an equal footing in a group for once. Child cast provides many fresh character types for the long running series. Isolated setting giving Clem a unique "in" after having been a hardcore traveling survivor for so long. Child society not being hung up by the infighting and power struggles that define adult groups, resulting in a more likable main cast than most seasons. School setting is visually different from what we'd done before

The entire premise of the season is that building a home requires sacrifice. What exactly that is, remains to be shown.

Howe then chimed in with the fact that, much like the previous seasons, there will indeed be multiple different endings based on the player's decisions, something that has become a staple of the series.

This is from one of our wonderful editorial team - Yes! Your choices all along in how you encourage AJ, who you romance, how you treat your friends, that all adds up in the final episode.

When asked about the ending to the series as a whole, Muddle acknowledged the weight of not only pleasing the fans but also sending the character of Clementine off with the respect she deserves, especially after being so near and dear the hearts of the community for so many years.

Pretty hard to not spoil on this one, but I will give the broad strokes response of: we thought very hard about what would be an ending that fans would love, and would feel like a fitting conclusion to the very specific and harrowing journey Clementine has been on. Sorry that's kind of marketing speak, but I'm very excited for the fans to see it when it's done.

Some fans asked about the future of The Walking Dead Telltale series, be it in the form of downloadable content or other spin-off titles or sequels, questions which were answered by Skybound CEO Howe. While nothing has been planned at this time, the future remains uncertain.

[DLC is] not something that we've spent any time discussing and it's not currently planned, but that doesn't mean it won't happen. Our first priority it to complete the story, once we feel that we're in good shape to do that, we'll look at all the other possibilities and we love hearing the ideas and suggestions.

[Regarding a sequel or spin-off] Simple answer is yes, there are nothing in active development yet, but we're always talking about how we can tell interesting stories in games. I'm really spending a lot of time at the moment looking at new technologies and how that can allow us to deliver strong narrative based games.

Another Reddit user asked about the possibility of other now-cancelled Telltale projects being resurrected, particularly season 2 of The Wolf Among Us. Howe answered the question honestly and, to the dismay of some, was less than optimistic.

I would love to be able to talk about this, but the truth is, there is nothing to say because it's simply not been part of our focus.

We're a relatively small, but growing company and we absolutely focused on TWD and really want to make sure that we do the best we can there.

From a personal point of view, TWAU is a game I hold in very high regard and I'd be equally keen to see a sequel, I'm not sure if I'm able to help make that happen though.

In light of recent accusations of 100-hour work weeks and "crunch periods" by certain developers such as Rockstar Games, some Reddit users asked if these kinds of working conditions existed at Skybound. Howe immediately put these worries to rest, assuring no such conduct happens within their studio.

I can’t speak to the working conditions of any other company, I honestly have no more knowledge than you about some of the alleged conditions at various gaming companies, I likely read the same news reports as you and it’s certainly been a topic of conversation in the industry.

What I can say, is that I’ve always been a huge advocate of a good work / life balance, I don’t believe people working 70-80 hours a week is sustainable or healthy, I don’t do that and wouldn’t expect anyone who works for me to do anything remotely like that.

Crunch is a very non specific term, so that’s impossible to answer. However, I can say that I would never expect or ask anyone to work what would be considered inhumane hours, so unequivocally yes, I can ensure that.

A few lighter notes were also touched on such as the possibility of Clementine making an appearance in Super Smash Bros. or Funko Pop! figures based on the game, both of which were joked about by Howe but not currently planned at this time.

While many other questions and topics were covered, the ones listed here seemed to be of the most importance to fans of the series, giving insight into not only the future of The Walking Dead: The Final Season but also the staff from Telltale Games, who will hopefully have another chance to finish the legacy of their beloved franchise.

We will have more on this project as it develops here on Dead Entertainment.