Twisted Plots and Second Thoughts in The Purge Episode 5

Only on purge night is murder justified if it’s for a good cause. 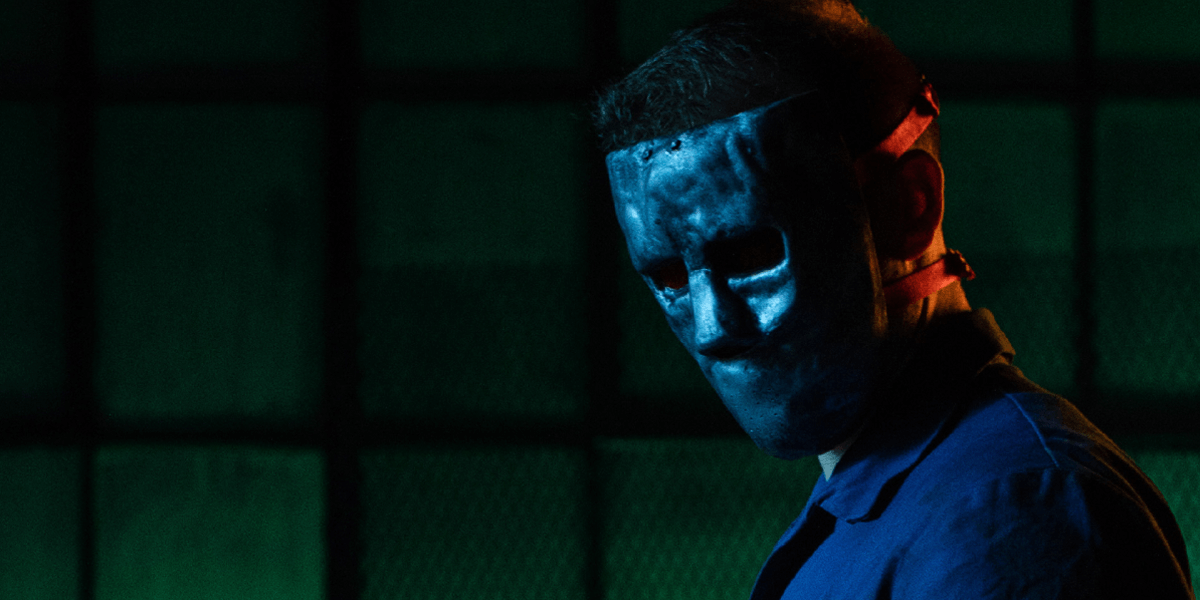 Another week brought us another episode of The Purge television series, which continued exploring each of the characters' separate storylines while hinting at the bigger picture. Revelations about each character are starting to come to light and things are really starting to get interesting.

The episodes leading up to this week gave us a peek into this couple’s history with the Stantons. If you remember, they brought Lila into their bed and Rick seems to be willing to accept the purge in exchange for Mr. Stanton’s approval. We don’t know about you, but we had a feeling the maid Catalina was up to something. She did give Jenna the stern warning that she should leave the mansion and also instructed Jenna to go down to the basement, which, of course, was ignored.

This week, Jenna, eager to find Lila, goes upstairs and is followed by Rick but Lila won’t let them in. Soon, the sound of guns and yelling erupts downstairs. As they watch in panic, the snobby party guests are gunned down. They race down to the cellar just as Catalina pulls a gun on the pair. When she realizes that they are not participating in the purge, she allows them to leave. Jenna asks Catalina to save Lila but she is told no Stanton is safe. Anybody else have a feeling that Jenna is going to sneak back into the house to save Lila? 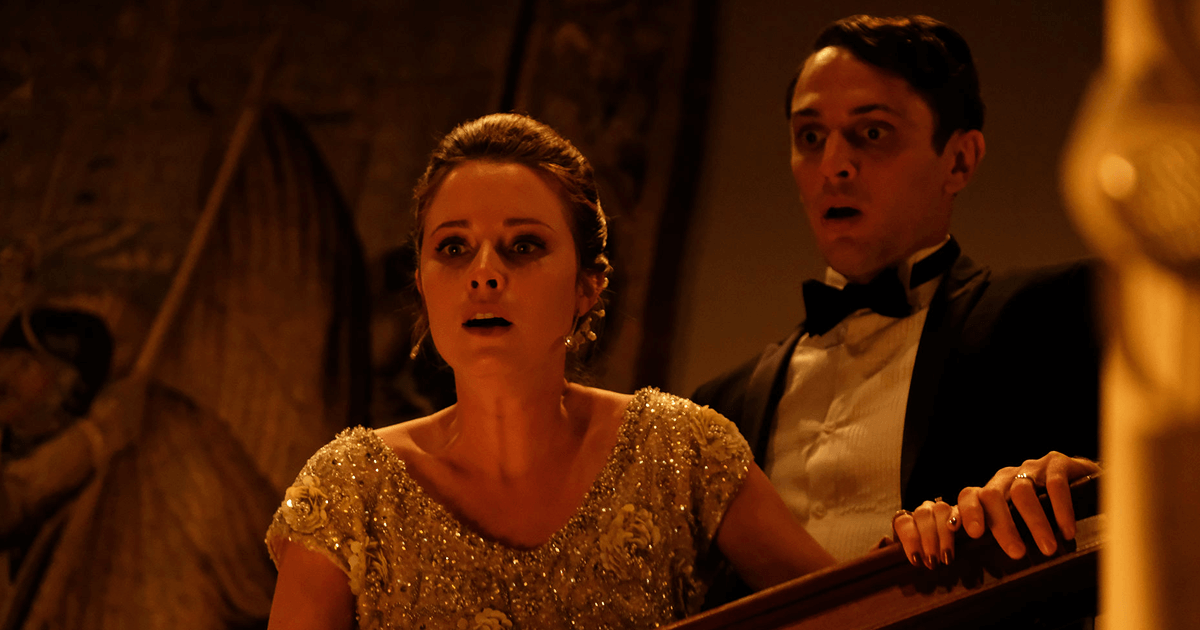 We learned that it was Henry who purchased Penelope at the Carnival of Flesh’s auction. Through a series of flashbacks, we see that the two dated. After getting Penelope hooked on drugs, Miguel beat Henry and put his sister in rehab where she met Tavis, who we know ended up being the cult leader delivering the youth to be sacrificed.

Back in the tent, a drugged-up Henry ties Penelope to a pole and chloroforms her. He gathers firewood and stacks it around her. She comes to only to find that he intends to burn her at the stake like a witch. After Miguel escapes from Rex the Collector, who was on his way to the Carnival to deliver his landlord and her son to be slaughtered, Miguel hears Henry and Penelope arguing. Before he can break in to the tent, security tackles him. Henry throws back the tent flap and offers any price to purchase Miguel. 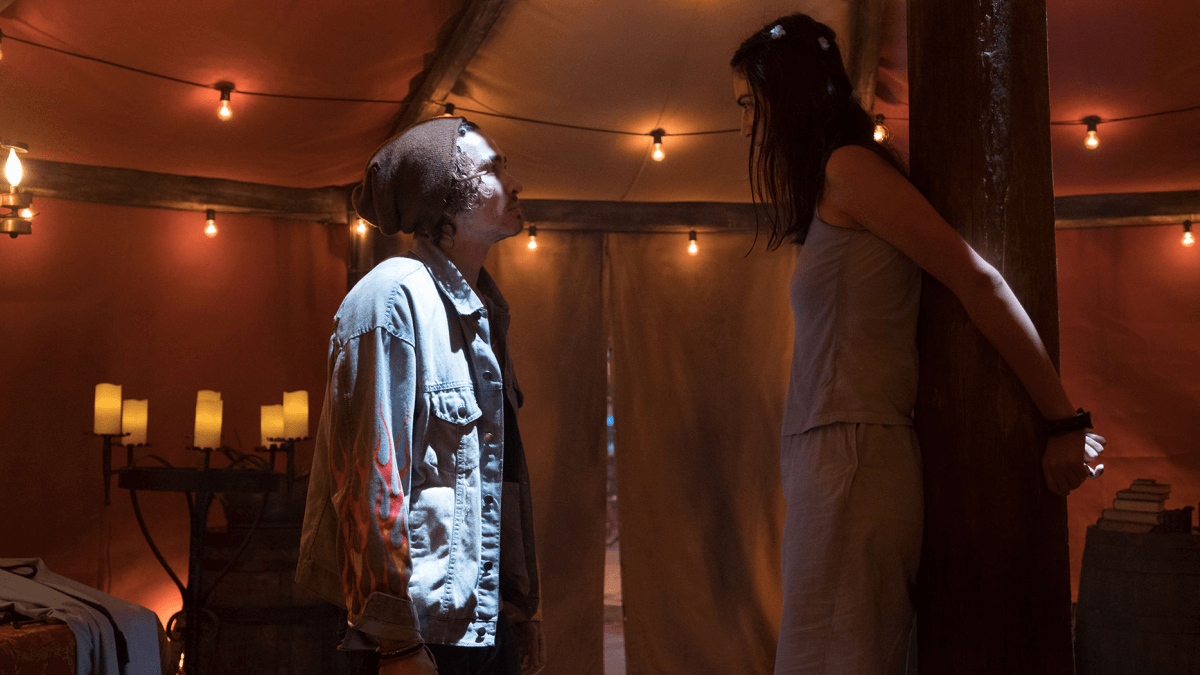 After she tried to get to David’s house last week, Jane is picked up by the Matron Saints. The group is fighting back against crimes committed towards women on the deadly night. They soon intervene in a case of domestic abuse. They tie and gag the man who was attempting to abuse his spouse.

Jane, wanting no part of it, tries to persuade them to leave it to the police to take care of the abuser. She then leaves the house, takes the car, and makes her way to David’s. When she arrives, the door opens for her but we aren’t shown who is behind the door. Is it Braka or David?

What is becoming our usual end-of-episode check-in, our vigilante Joe is seen taking on a group of purgers who are beating a guy with bats. The encouraging Purge Night tape playing in the background reminds people, “If you see something, do something, because a storm is coming… become the person tonight that you want to be tomorrow.”

Next week, we hope to see the answers to our many questions. Will we see Miguel finally get to Penelope, will Jenna try to save Lila, and does Jane finally get to David in time to right her wrong? With only five episodes left, will we be left with more questions than answers?