A Cat in the Brain is Senseless and Terrible

This Lucio Fulci film is a real dive into absurdity.

Reviews
Movies
A Cat in the Brain 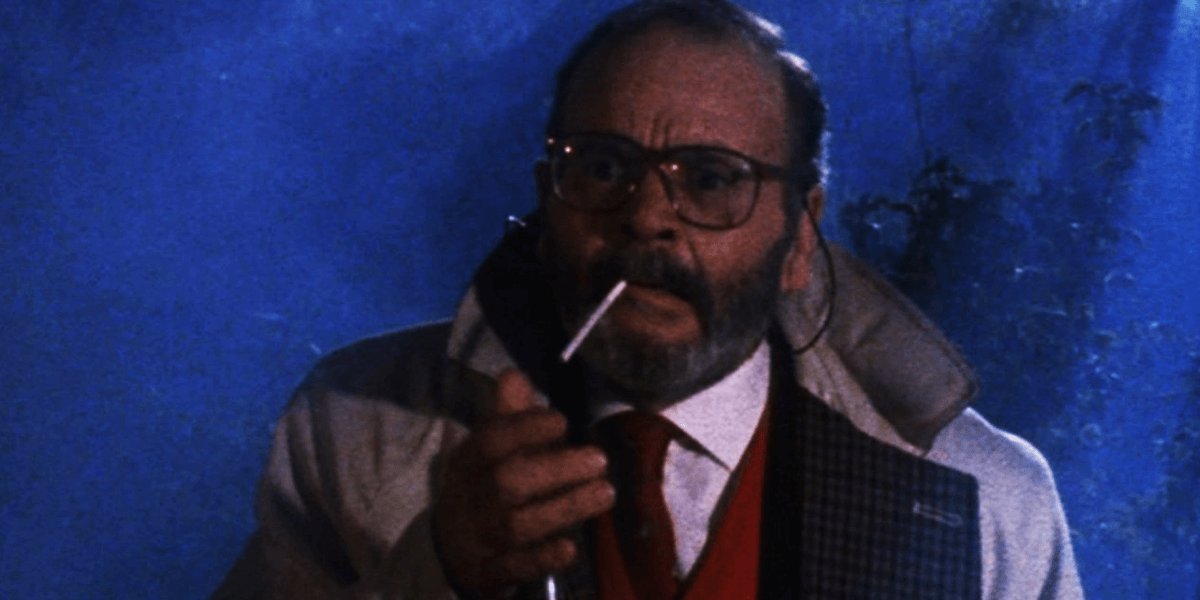 A Cat in the Brain is perhaps some sort of misunderstood masterpiece or probably one of the worst movies ever made. This 1990 Italian horror film was written and directed by Lucio Fulci, who also happens to be the central character of the film as well.

Fulci was well-known around Italy and was often referred to as the "Italian godfather of gore," due to making a career out of directing violent and controversial films. If you’ve ever seen any of his films, you would agree that he absolutely lived up to this infamous title. While Fulci never made a single film that’d be on any respected film critic's top list, his work has been discussed and loved for years among B-movie aficionados and gore film fanatics. A Cat in the Brain, one of Fulci’s last films before he passed away in 1996, was notable for summarizing his career as a filmmaker.

In the film, Fulci plays as an exaggerated version of himself, a tortured horror filmmaker who experiences disturbing visions of violence that cause him to lose the ability to differentiate between what is real and what is not. As the visions begin to get worse and affect his work, he seeks help from a deranged psychotherapist, who coincidentally happens to live nearby and goes on to exploit Fulci for his own murderous ends. 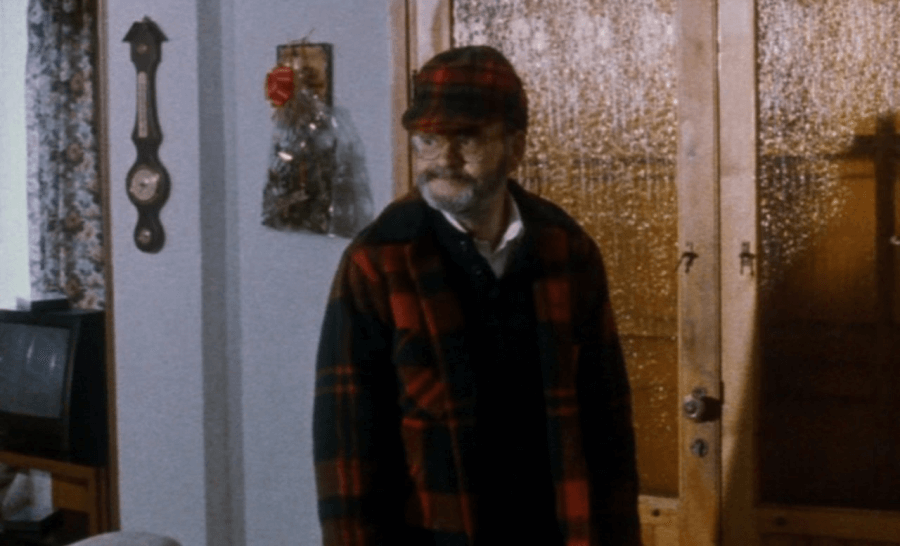 Give our man Fulci a rifle and he’s pretty much Elmer Fudd.

It should be noted that the film has nothing to do with cats at all. The opening scene may trick you with the obviously fake-looking cats gnawing away at bloody guts, but that’s about all cats have to do with this film. The title of the film is supposed to be symbolic of Fulci losing his mind as his sense of reality slowly eats away.

The main problem with this film, and there are many, is that Fulci makes no attempt to justify any of the senseless deaths and controversies that occur throughout the film. We follow him from one ridiculous scenario to the next, most of which seemingly serve no purpose other than to shove some violent or inappropriate subject matter in our faces. As an example, there is a bizarre scene where Fulci is “directing” a Nazi orgy, where he was likely attempting to add some unnecessary controversy into the film. He tries to hide this fact by having it set up where it’s as though we’re watching a movie within a movie, but audiences aren’t easily fooled of this amateur trickery.

The film’s antagonist is uninteresting and is just your typical psychopathic killer. Fulci weakly develops the character and we’re lead to believe he’s simply killing various individuals after seemingly becoming infatuated with the violence and death he sees from watching too many of the director's movies. In addition, a career path in psychotherapy could have played some factor in these actions, but this of course is questionable and should have been justified in some way by Fulci. There is little to no substance and the film fails at making any attempt at trying to make sense of anything. One possibility that could have been explored was a traumatic brain injury to explain the brutal behavior, but Fulci instead opts to make this antagonist little more than some mindless brute. 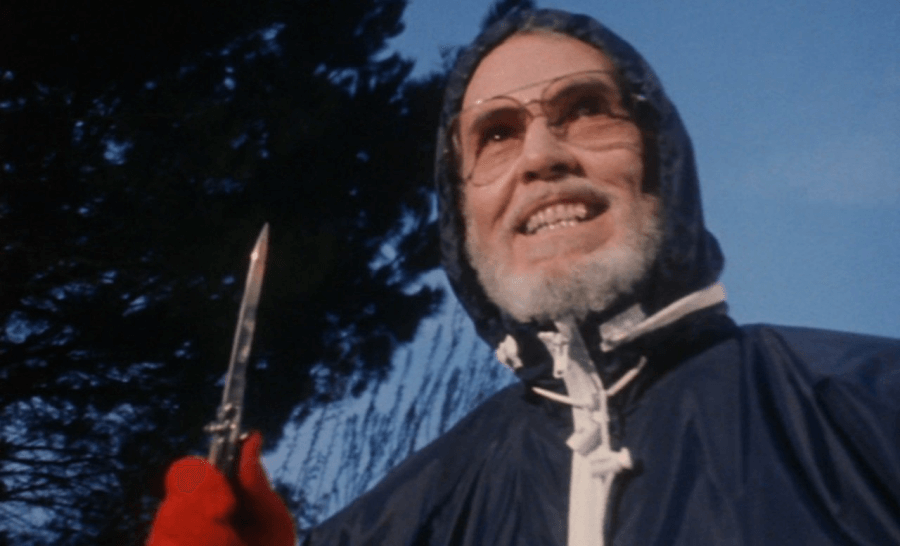 Here we have our boring antagonist, Professor Egon Schwarz.

One positive thing to take away from the film is Fabio Frizzi’s music, which was done in the composer’s usual style of blending pop and classical themes together. Frizzi often collaborated with Fulci on a number of films through their careers, with The Beyond and Zombie perhaps being his more notable works with the director. A Cat in the Brain’s main theme perfectly matches the bizarre nature of the film.

If you’re looking for some mindless and ridiculous entertainment, this film may not disappoint you. Fabio Frizzi’s music for the film is tasteful and blends well with the bizarre things happening on-screen.

Pretty much everything else. The main issue with this sleazy film is that Lucio Fulci makes no attempt to justify any of the various controversies that frequently occur throughout the film. The story is uninspiring and puts you in the boring world of Lucio Fulci’s mind. The characters could have used more substance, especially the antagonist, which is not really explored in the film.

Audiences should reasonably expect and deserve more from a director who would have been in the movie business for well over three decades by that point. A Cat in the Brain is a sloppy mess of a film and is not a recommended watch from this writer. The film had plenty of opportunities to justify the controversies that occur throughout most of the film, but Fulci instead took on an all violence and no substance approach.

If you’re looking for mindless entertainment, this film will certainly not disappoint in that regard. Otherwise, A Cat in the Brain leaves a bitter aftertaste and wastes an hour and a half of your life that you will never get back. Perhaps that was the intention behind the film, and if so, Lucio Fulci is undoubtedly laughing in his grave.