Ant-Man and the Wasp is an Enjoyable Break From Thanos

This one might help cool you down after Infinity War. 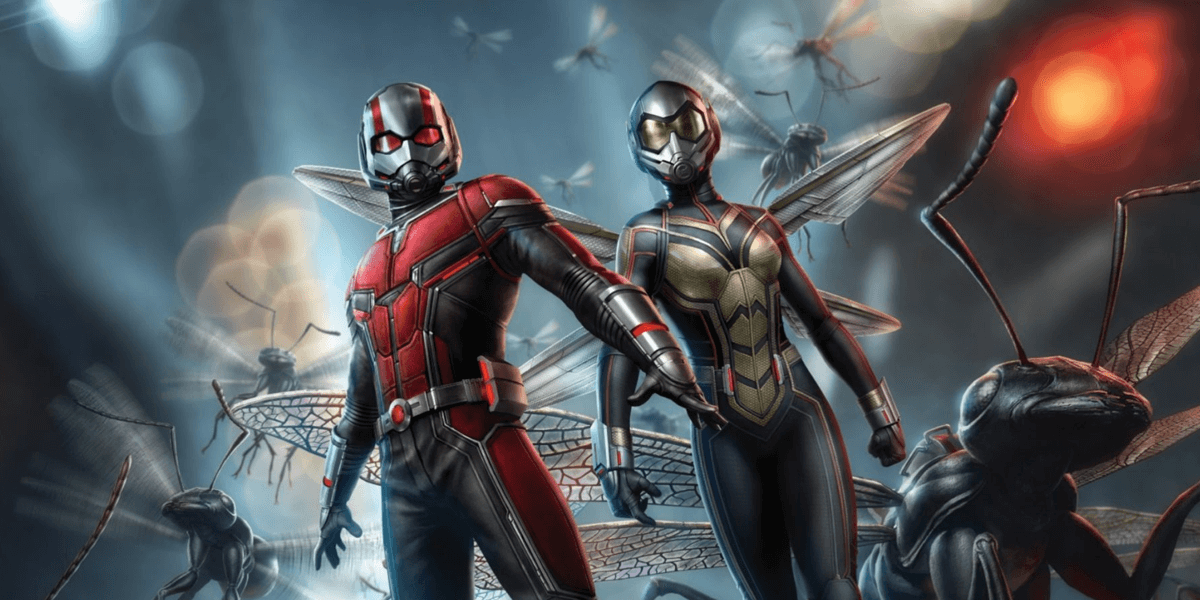 At its core, Ant-Man and the Wasp is a rescue film that carries little to no weight outside of its main characters, and ultimately serves as the perfect cooldown movie after the emotional typhoon that was Avengers: Infinity War. The movie isn’t without its problems, but it is still a highly enjoyable film overall, and one that is a worthy predecessor to the superior first film.

While this movie gave its four main characters in Scott, Hope, Hank, and Luis a lot to work with, it moved at such breakneck speeds that it felt like whole scenes were missing. You end up wondering how the characters got from point A to point B so fast without anything to tie it all together. It is possible that because the movie strayed from a typical superhero movie formula in that it had no real villain, they were able to ramp up the speed and cover a lot of ground.

Don’t let the previews fool you, this movie has no villain. Sure, you have a powered individual that opposes our heroes, but Ghost’s reasoning is sound and not malicious. Hannah John-Kamen’s performance was somewhat all over the place, but once she was able to hone into one emotion, she worked out well. Next, you have slimy Sonny Burch, played by Walton Goggins, and he honestly was instantly forgettable. The character serves as nothing more than an inconvenience to everyone else in the movie. It seems like he was only meant to push a few plot points further and give our heroes some goons to take on.

A problem that is noticeable early on in the film that seemed to vanish later was that they let Paul Rudd act like some of his more goofy characters from other films. The scenes in question were good for a laugh or two, but otherwise felt out of place, which brings us to the humor of the film. The first Ant-Man film is still funny because a lot of the humor felt so natural, but a chunk of the humor here really does feel forced. That’s not to say the movie doesn’t have plenty of legitimate laughs, but it is nowhere near as smooth as the first film.

Scott’s team of Luis, Dave, and Kurt return, but none of them outside of Luis have much of role to play. Kurt has some funny scenes, but Dave really isn’t given anything in this film, which feels like a missed opportunity. Luis, however, shines again like he did in the first film because Michael Pena has such a masterful comedic delivery. He has plenty of great screen time that is sure to please anyone who was a fan of his in the first film.

Laurence Fishburne makes his debut in the Marvel Cinematic Universe as Dr. Bill Foster, otherwise known in the comics as Goliath, who actually played a key role in the comic version of Civil War. Being such a versatile and storied actor, it would have been nice to see his character given more of a role, but he worked with what they gave him and was able to convey an honest and focused character that never lost sight of right and wrong. Impressive work considering how little he was on screen, but that is a testament of a truly great actor making the best of what he was given.

Where this movie truly comes out on top are the action and fight scenes. The final third of the movie is one long action set piece that is just pure joy. From great fights to one of the best car chase scenes, and Giant-Man going really... giant, it was really the stand-out point in the movie. The action scenes overall once again displayed the proper way to utilize the shrinking and growing powers of these characters to astounding results. Satisfying is putting it lightly.

Michal Douglas once again shows he belongs in the MCU with his portrayal of Hank Pym, who is given even more to work with in this movie and that is what we deserved. While we don’t get to see him suit up as Ant-Man, he has some key moments that make up for it. He has such a raw emotion about his portrayal, which is quite gripping, that you are left wanting to know everything about him. It is what makes him an absolute stand-out in every film he has ever been in. It's not going too far to say that while Hank Pym might be a powerless hero at the moment, he is the most powerful human in every other way, and that is what kind of gravitas Douglas commands on screen. Now imagine the scenes that Douglas and Fishburne have together. It is pure gold.

The Quantum Realm also becomes a bigger setting in this film, but it feels like they wasted a great opportunity after what we saw in Doctor Strange in the ways of mind-bending special effects. Though it's unlikely the last we have seen of the Quantum Realm, the time we spent there was more or less forgettable, and that may be because we don’t really know the physics of the realm. We aren’t sure how things work or how the human body truly handles it, so it doesn’t feel important enough to really want to invest much thought into it.

Quite possibly the most exciting aspect this movie offered us was the inclusion of Janet Van Dyne, the original Wasp, but it was even more exciting that Michelle Pfeiffer was playing the character. It would have been nice if we were able to get more of this character. She embodied a lot of what made the Wasp great in the early comics. Even though her 30-year survival in the Quantum Realm was never really explained, it is a comic book movie so we are able to suspend disbelief and just go with it. While she may not have more than one scene in Avengers 4, it is pretty exciting that she is going to be in it.

Hope finally dons the Wasp persona and it is at that point that you realize what was missing from the first film to make it perfect. Evangeline Lilly is beautiful, dangerous, compassionate, and badass rolled up into a buzzing pint-size ball of awesome. The whole movie makes you just want more Wasp and it mercifully delivers. She has this astute and stern delivery that commands your attention and respect. It goes without saying that the inclusion of both Wasp characters were the best things about this movie. Paul and Evangeline have this remarkable chemistry on screen as they both rely on each other so much throughout the film. The MCU has a lot of great teams and partnerships, but none feel more appropriate and impactful as Ant-Man and Wasp.

The chemistry between our heroes is on point. Luis being Luis is always a plus, not to mention some of the best action set pieces in the MCU to date.

The movie moves too fast and has a bit too much awkward, forced humor.

While the accelerated pace of the movie can really confuse you and at times, and almost take you out of the movie, the cast and action are strong enough to pull you back in. As MCU fans, we are still trying to recover from Avengers: Infinity War, but this movie serves as a great prequel and cooldown movie next to the impending threat of Thanos.

Now we can go back to playing the waiting game as our next dose of Marvel goodness won’t come our way until March 8th, 2019 with Captain Marvel. This movie has a mid-credits and post-credits scene, though only the mid-credit scene holds any narrative weight. If you were a fan of the first film, this one should put a smile on your face.