Chandler Riggs Talks About Carl's Fate on The Walking Dead

The original pitch did not sound cool at all, according to the actor. 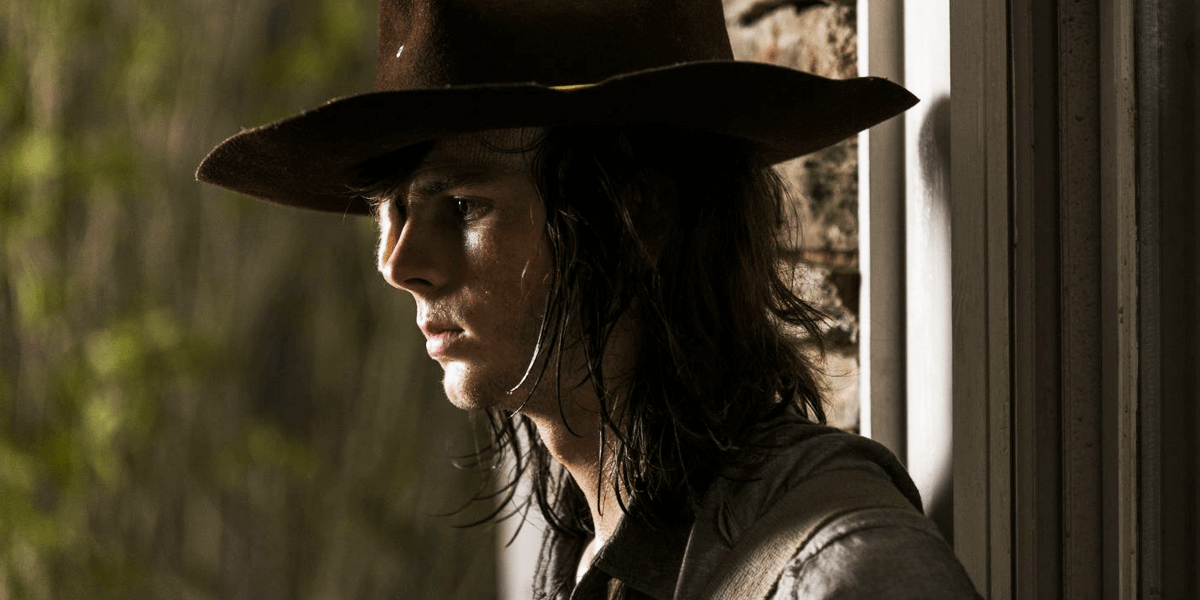 Chandler Riggs, who played Carl Grimes on The Walking Dead for 8 solid years, has recently been speaking up about his time on the show and offering some insight into those experiences. At a Fandemic Event Tour Q&A, he dove into the process of filming the season 7 premiere and revealed what alternate scenes were put on film and edited to keep spoilers from trickling out. Since then, he's also talked a little bit more about the fate of his character and finding out how his last scenes would play out.

Riggs had more to say on an article from Skybound Entertainment, the official website of Robert Kirkman's company, talking about finding out how Carl would be getting killed off last season. "I’m gonna be honest, when Scott told me how it happened, he didn’t mention the whole ‘Saviors blowing up all of Alexandria’ thing," he explained. "He just kind of said I went to hide in the sewers and just die. I was like, ‘man, that does not sound cool at all.’" What we ended up getting, on the other hand, was a major battle and a story of sacrifice and lessons taught his father who was losing his way.

In helping Siddiq and getting bit in the process, Carl helped put into perspective what he originally learned from his father about showing compassion and being the better person. Furthermore, he was pretty badass during that entire showdown in Alexandria. After reading episode 8, where it all unfolded, Riggs felt pretty satisfied with the way his character was going out.

We agree it was a fitting end for the character and story going forward, especially considering how the series will be handling the exit of its leading man, Andrew Lincoln, during its 9th season. Change is coming and it was at least refreshing to see some of the core principles of Carl's growth as a character come together in the conclusion of his 8-year run on the show.

The Walking Dead returns this fall and will fast-forward the story a few years into an uncertain future full of new challenges for a new beginning.