They went to great lengths to keep the cliffhanger from being spoiled. 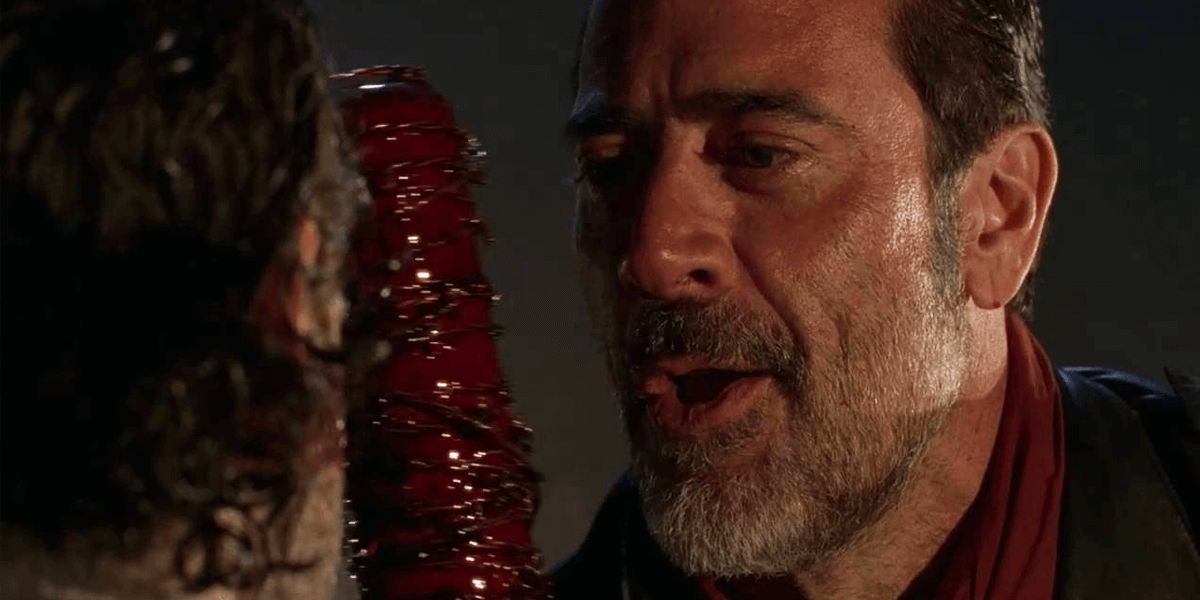 It's hard to believe that this time two years ago, all of us fans of The Walking Dead were stuck in cliffhanger mode as we waited to see how the rest of Negan's infamous introduction scene unfolded. At the time, there was a lot to discuss and speculate on, with fans Robert Kirkman's comic series wondering if the television show would follow the same familiar path or if this was going to be another instance of the show moving in a different direction. Fans not so privy to the events of the comics were left even worse off, with the entire dynamic of the show's future hanging in the balance of who might be on the receiving end of the show's formal introduction to Lucille, Negan's cherished barbed-wire (vampire) bat.

Many fans were upset that the writing team of the series opted to go with a cliffhanger, but that did not stop everybody with a keyboard from discussing and having an opinion on who will or should meet their end when The Walking Dead returned for its 7th season. Keeping the result a surprise was a key focus of the entire cast and crew, who filmed multiple different versions of the scene in order to keep set spoilers from trickling out. Although this was common knowledge then, actor Chandler Riggs recently talked in a little more detail about the process of this and what alternate scenes were actually put on film.

At a Q&A during the Fandemic Event Tour, our young Carl Grimes revealed that nobody knew who would be dying during the season 7 premiere until being given the script. That much is common enough in the television industry, but how many shows actually go out of their way to film 2 alternate versions just in case somebody managed to snoop around on set? The cast and crew on location, along with the writers and key decision-makers at AMC, were in the know about which scene was real, but the remaining staff members on the show were kept in the dark overall, successfully keeping spoilers from circulating around ahead of the episode's premiere.

That being said, we haven't known what alternate scenes were actually filmed until now, thanks to Riggs speaking more candidly on the subject following his exit from the series last season.

Based on these comments, it's interesting to know that Maggie, Aaron, and Eugene were among Negan's victims on film as part of this misdirection effort to keep the cliffhanger's resolution from being spoiled. As viewers of The Walking Dead no doubt already know, the real scene involved the deaths of both Glenn and Abraham, a fair compromise between following the original story of Glenn's execution as well as changing it up a little bit, even though the comic version of Abraham was killed off a different way altogether. The end result of neither character being alive to witness the all-out war that followed remained the same between the TV series and comics nonetheless.

All in all, this was an interesting retrospective glimpse into a highly-talked-about moment of the series, with Riggs giving just a little bit more insight into what went on as season 7 was developed and filmed. The Walking Dead has taken a number of controversial twists and turns since then, especially with Andrew Lincoln known to be exiting the series after the first half of the upcoming season. Lauren Cohan is likely also out, leaving the show to carry on in a new direction, following little more than the spirit of the comic series at this point.

After this look at the past of the series, all we can do now is look ahead. Will you be tuning in for season 9 of The Walking Dead, the start of a new beginning as it may be? Tell us what's on your mind. Comment below or share your thoughts with on social media.